Blinded by the Type #MeToo, feminist slogans and revolutionary t-shirts 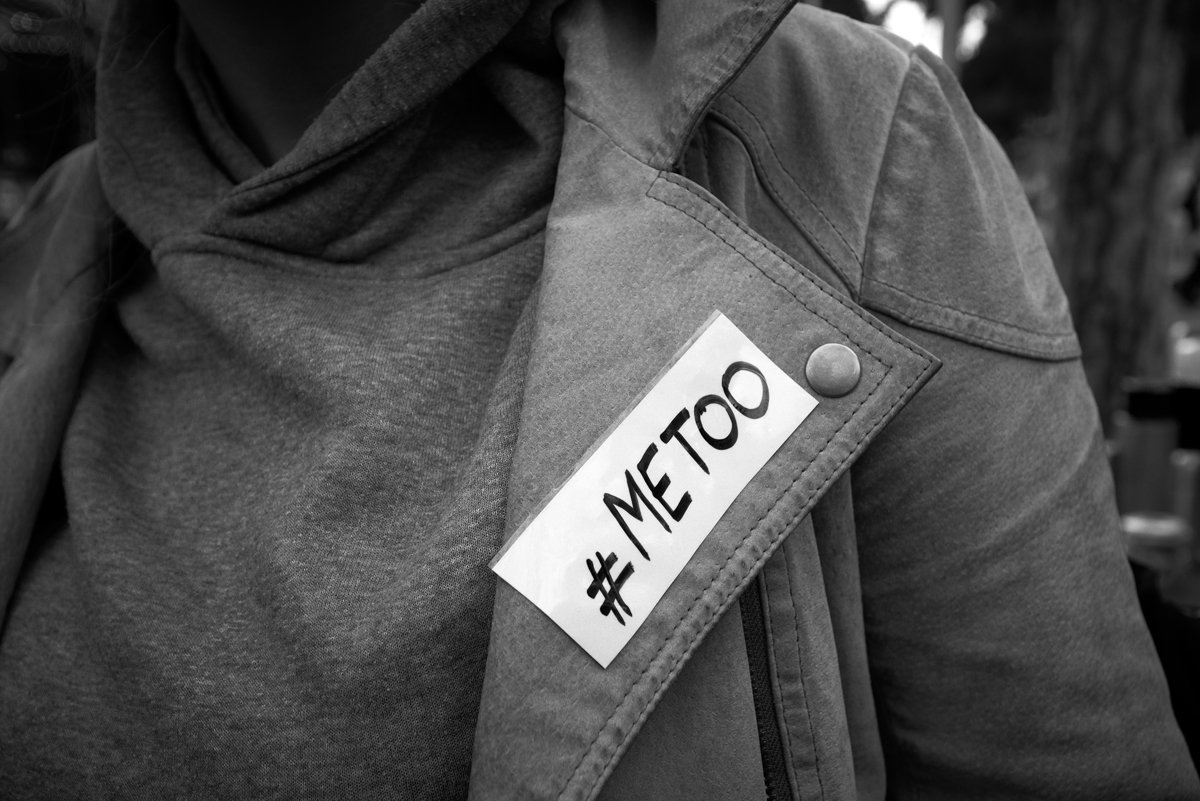 ‘The future is feminist’. That’s what my old t-shirt says. Or, said. The thing, whose threads were held together with not much more than a wash-resistant sandalwood stink, is no longer mine. I popped it into a charity bin, and I imagine it’s made its way to a charity store where some young ’un has picked it up, bought it and now shown it to others who do not think of it, as I did, as old, but vintage original.

The slogans of my particular youth are now reborn for an entire target market. Online stores sell ‘The future is feminist’ shirts by the thousand, and the fast fashion stores of malls offer more diluted liberation of the ‘Girl Gang!’ style. It occurred to me after I’d dumped the old shirt that it might soon be folded next to one of its younger sisters. And, no, I didn’t come over all Mother Hen and start clucking that the radical change for which I’d once longed was now gloriously mainstream.

I just wondered about the women who had made the other t-shirt.

International Women’s Day is quite soon. This year, it’s 101 years old. In 1917, the women workers of a textile factory in what was then Petrograd downed the tools of the master and bravely sought power. Most serious historians of the uprising that was to come name this date as the beginning of the Russian Revolution. For decades, women throughout the world would march on International Working Women’s Day. At some point, someone did away with the reference to work – odd, given that we all perform some kind of labour – and, presto changeo, the memory of the textile workers was erased.

My shirt was made by a collective. This is no boast, but a statement of fact. Globalisation was just kicking in when I was a kid feminist. If it had been enslaving poor, brown workers in distant nations as it does now, I would have bought the cheap import, too. But there were no mass made political shirts then, save for those bearing the face of Che Guevara – produced less as a tribute to Cuba than to man candy.

Folks, even feminist folks, who consume are not to blame for exploitation of workers. That’s the fault of the corporate world.  So, if Arabella Bored or Amber Adamant wear the work of dead brown women to Gender Studies class, that’s pardonable – who can afford ‘ethical’ clothing anyhow?

What is not pardonable is the refusal to understand where the t-shirt came from.

In the months since the allegations about Harvey Weinstein were printed – you know him: movie producer whose reported behaviour would shame a wild boar shot full of Cialis – such shirts have outsold Che. This is the feminist future. But not the one foretold. With the #MeToo hashtag, which is now largely driven by corporate media and reported by the corporate media’s most “feminist” employees, feminism became a one-size-fits-most commodity.

The harassment or abuse described in news outlets is often shocking. Often, it’s just a bit crass. A mound of movie money in a bathrobe who lords it over a penniless woman and forces her to choose between sweaty cock and survival is appalling. A sports reporter at the Logies who was allegedly asked by a former celebrity gardener “Can I lick your back?” is a tacky thing that maybe happened.

A woman forced to work daily in an unsafe factory to produce Empowerment-wear for women of the West? Well, I can’t bear to think about the weapons of systematic aggression she faces. And I can no longer read the methods of control used by so-called peace-keeping forces in Haiti on women who have lived for years in filthy tents. And it’s good that I can’t, because if I ever dared tell Adamant or Bored that a good part of the reason these women are under military control and denied the living wage that would secure their housing is former Secretary of State Hillary Clinton, then I’d be banished from the Future of Feminism and consigned to its past.

All acts of the abuse are not equivalent. They all hurt, of course. But they do not unify a gender in the mass-produced, opaque style our rich, white sassy lady leaders like to insist. You want to “free” the women of Yemen from “oppressive” men? Maybe try freeing them from drone attack, ongoing and U.S. supported for years. Fight for their right to education, sure. But remember who negotiated the deal that brought Saudi airstrikes down on all schools. It was Hill…

No. You can’t say that in this Glorious Feminist Future. You will not be heard. As women enumerate office indignities on social media – and I do know this can be cathartic – you cannot say, “you know #MeToo sort of suggests that the backgrounds of women’s lives are irrelevant to the severity of their abuse”.

These Future Feminists in their efficiently made garments worn in business class lounges  want to believe that their embrace is broad enough for all. They seek to “represent” all women, maybe raise a few million to buy their poorer sisters a solicitor. What they do not care to do, for the working-class women of this nation, for the textile slaves of Bangladesh, for the women in the Northern Territory who live, still, under constant surveillance by men of the state, is to think about much beyond the encouraging slogan.

Women, or men, on the typical and typically insecure Australian wage of just above 600 bucks a week may not care for infinitely reproduced slogans. They may not care for a solidarity that fails to acknowledge their daily, completely legal, fear of dismissal. They may not care for those Courageous Future Feminists who are fighting not for their poor sisters’ survival, for their legal right to strike against abusive bosses, but only for the privilege of an hour with a lawyer from the firm of Litigious and Long.

As it turned out, the future wasn’t the feminist one I’d longed for. Sure, this new commoditised form of instant liberation is of benefit to a few. The many, however, have no place in a movement that values VIP victims over the rest of us, that celebrates the near-ascension of a war hawk named Hillary on the grounds it would “inspire my daughter”.

Your daughter needs no inspiration. She knows perfectly well, with sober senses, what she needs. Not the opportunity to Lean In at a board meeting. Not the chance to be named as both famous and terribly oppressed. She needs no such refinement if the crude things of survival do not come first for her: dignity in labour, security in housing, a little leisure in which she can begin to build her own refinement.

These crude things, even this good earth, will not be here for her unless we fight for them now. Unless we learn this truth: our leaders for the future are not elite ladies working in the interests of a few. There is no sassy CEO. There is no film star so bright she can illuminate our path.

That light you see? It’s not the one at the end of the tunnel. It’s that of an oncoming train.

Blinded by the Type – #MeToo, feminist slogans and revolutionary t-shirts