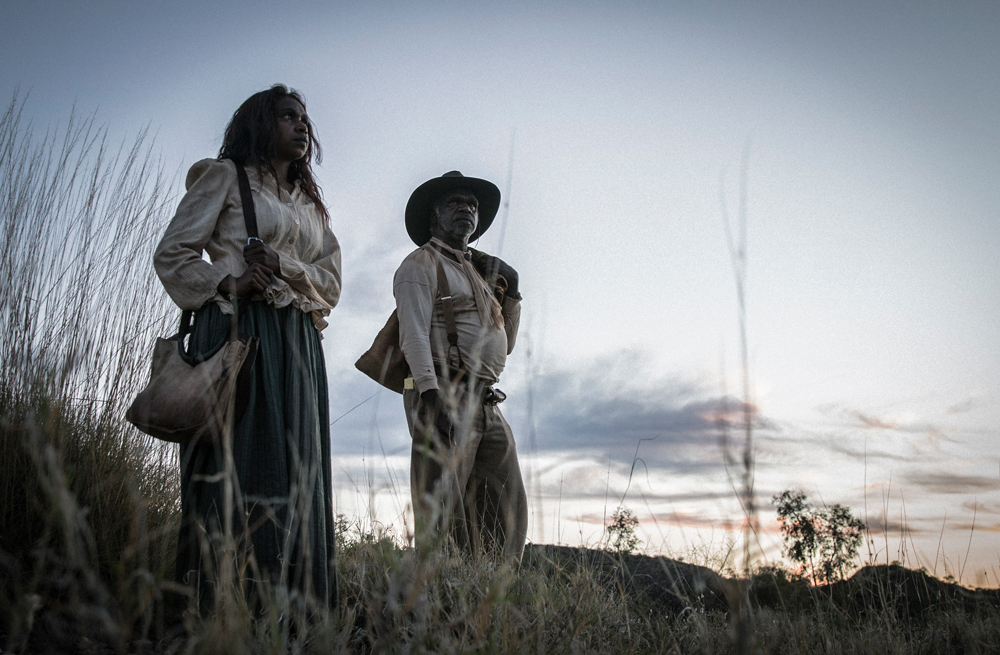 Warwick Thornton is without a doubt one of the most exciting and original filmmakers working in Australia today. Sweet Country, an outback Western set in 1929, is the Indigenous director’s second narrative feature after the Cannes Camera d’Or-winning Samson and Delilah (2009) and like that film, this one is mighty powerful. Tense and beautiful, it’s utterly gripping from the first scene, an extreme close-up of white sugar being stirred into black tea and boiling in a billy, while racist violence occurs off screen, heard but not seen.

Inspired by real events, with a screenplay by sound recordist David Tranter and writer Steven McGregor (Redfern Now), the story concerns an Aboriginal stock-hand (Hamilton Morris) on trial for the murder of a white man. Flashing forwards and backwards in time, (sometimes for the briefest of moments, like a flicker of memory or prescience) the film traces the events leading up to the murder involving the stockman’s wife (Natassia Gorey-Furber), a shell-shocked war veteran farmer (Ewen Leslie) and a mischievous mixed-race boy (played by twins Tremayne and Trevon Doolan).

Bryan Brown, in iconic weathered form, plays the bloody-minded police officer pursuing the accused and his wife across vast and stunning landscapes, while the voice of reason comes from a kind Christian farmer (Sam Neill), who is the employer of the accused. Matt Day plays the judge sent from the city to preside over a dusty outdoor courtroom, and these trial scenes are breathtaking in the economy and eloquence with which they depict the absurdities of judging Indigenous experience within a white legal system. 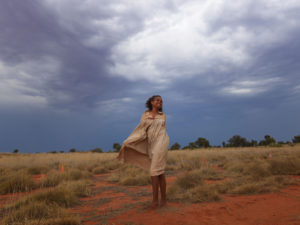 Thornton is an accomplished cinematographer as well as director. His credits in that role include

Radiance and The Sapphires as well as his own shorts, documentaries and features. Here, he gives the impression of simplicity, giving fresh spirit to the much-photographed Northern Territory landscape. Simplicity is evident too in the film’s complete lack of a musical score, and yet together with Nick Meyers’ perfectly paced editing, this silence adds rather than detracts from the film’s emotional impact.

Sweet Country premiered at the 2017 Venice Film Festival, where it won the Special Jury Prize, and went on to win the Platform Prize at Toronto. Frequently likened to The Proposition (John Hillcoat, 2005) and The Tracker (Rolf de Heer, 2002), Sweet Country is, in its own way, more sophisticated and nuanced than those films, with light and shade in characters on both sides of the racial divide, and a diversity of Indigenous experience depicted.

Sweet Country may inspire rage and shame in the viewer, but it’s not an alienating film. With great confidence, Thornton invites his audience to enjoy a well-told tragic tale. Few Australian films these days feel relevant let alone essential, but Sweet Country is one of those films.

Sweet Country is in Australian release from 25 January 2018. 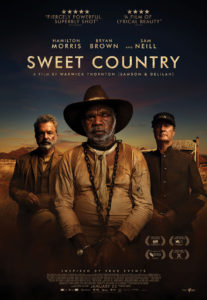 Dunkirk All for one and one for all
by Cameron Williams
We have the resolve to endure, even when it feels like the light is being snuffed out of this world.
Full Article
Culture