The Allergic Frontier A case study in video game addiction 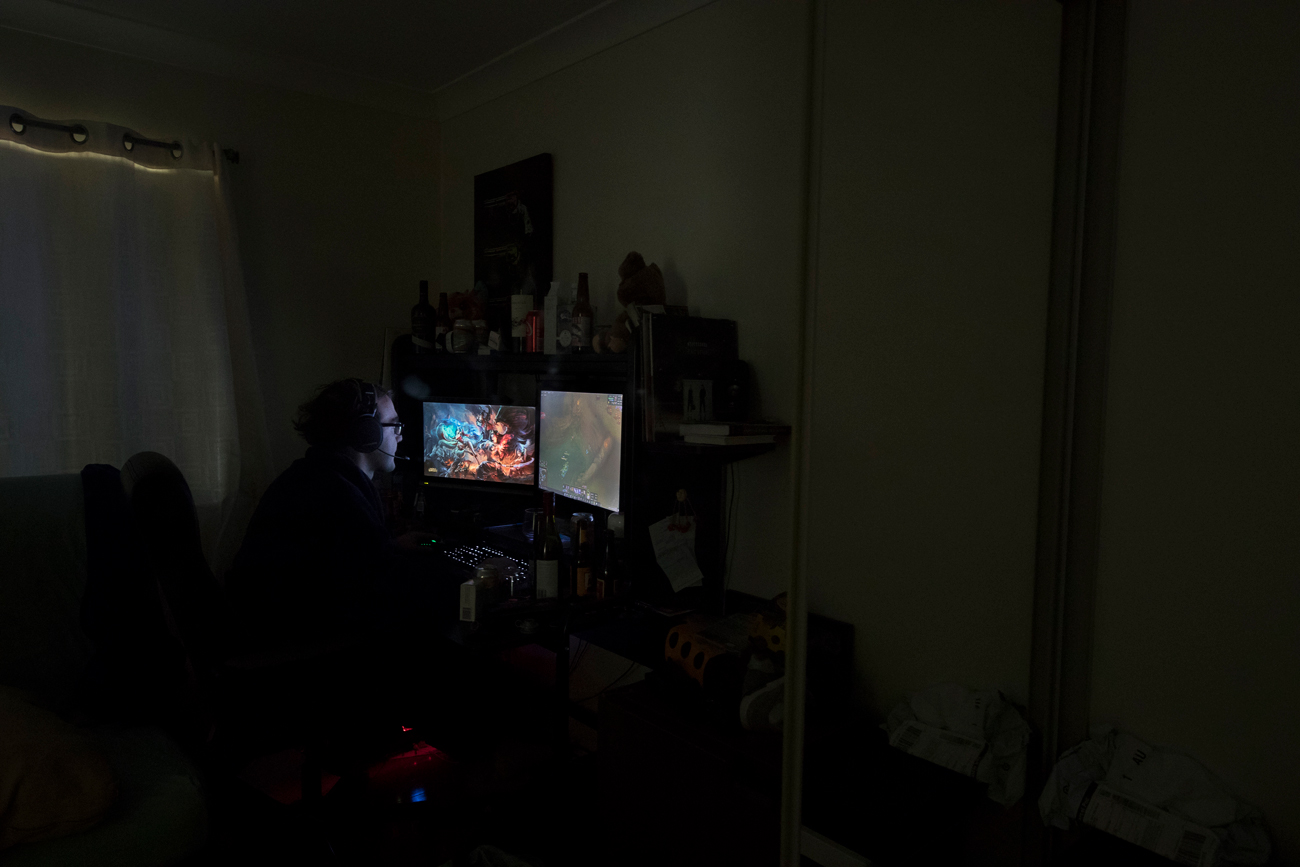 It’s late on a Monday night when Gooby tells me that playing video games is like an allergy, but instead of breaking out into hives or a rash, he breaks out in craving.

Gooby, who wishes to remain anonymous, is a bartender in his early 20s who reached the second year of his mechatronic and biomedical engineering degree at university before dropping out, crippled by his addiction.

As kids, we attended the same primary school, then high school, and lived a block down the road from each other. We used to eat cereal and stay up all night playing video games together. Once I graduated and went to university, I stopped. He couldn’t.

It’s been over a year since he underwent a “ghastly detox” and stopped playing video games. At the moment he’s let his recovery slip, which means he seeks substitutes for his addiction, such as YouTube, movies, books, or info rabbit-holes on the Internet.

“The veneer of fun erodes over time,” he says. “When you become sicker, you use more – to detach from reality.” Addicts frequently report that the anticipation of using is far more euphoric than fulfilling that impulse.

“Right now I’m in pretty bad shape,” Gooby adds, slouching on my bed, vape mist like a crown, the longboard he designed and built from scratch resting against my books.

After 15 years of friendship, his confession of another insomnia marathon doesn’t surprise me.

Two years ago, he self-detoxed by camping for a week in solitude on a small island. When that failed, he attended a fortnight-long mental health retreat and finally got clean.

But it wasn’t easy.

During one of his worst nights he remembers sitting “on an overpass journaling my feelings. A cop found me and asked what I was doing. I explained I was an addict and couldn’t sleep. The cop was silent for a while then said, ‘Don’t jump’. He was nice.”

I knew Gooby was an insomniac. I also admired his encyclopaedic memory and obsessive focus; the way he borrowed an armful of sci-fi and fantasy books from the school library only to replace them a week later; the way he explained the physics of a skateboard ollie (which I still can’t land) with the same know-how I could tell him about, say, a Bj

örk record, or why Kerouac sucks.

I simply didn’t realise he had no control over these things. He was sick.

“I slept two hours a night during high school,” Gooby says. “Every week I was so sick I’d have to lie down in sickbay… Once I remember opening my eyes at 7:30pm with four cleaners and a staff member standing over me. I remember being distinctly pissed off they’d found me.” He siphons a concoction of nicotine and blueberry syrup into his vape and adds, “At least if I’d stayed, I would’ve been on time for once.”

Forever an optimist, Gooby believes he’s lucky. After ten years of trialling a pharmacy-worth of medicine, such as antidepressants, Ritalin, dexamphetamine, Valium, and melatonin, he was referred to psychiatrist Dr John Hayman, who diagnosed his addiction.

At this point in his life Gooby smoked dope and stayed awake for days at a time to play video games, usually escaping into the worlds of the notoriously addictive massive online multiplayer games such as League of Legends and Starcraft, chiefly because they never end.

Video games “activate exactly the same pathways” as other addictions, Dr Hayman tells me in an interview that Gooby has permitted. He explains that the reward cycles a gamer feels for completing objectives stimulate the neurotransmitter dopamine, thereby abusing the brain’s reward system in the same way that drink, gambling, sex, drugs, and food does.

Gooby’s psychiatrist is adamant that video game addiction is a very real condition, “potentially affecting millions of people around the globe to lesser or greater extents and growing.” In May 2013 the American Psychiatric Association (APA) recognised ‘Internet Gaming Disorder’ in the DSM-V as a Condition for Further Study.

Dr Hayman tells me that while the DSM is a useful tool for clinicians, a diagnostic label is not what defines the person. Clinicians focus more on the unique constellation of problems faced by the individual, and it is those specific problems that determine treatment. For example, “no two schizophrenics share the same symptoms,” he says.

Addictions are formed when the dopamine system over-prioritises something, “be it drugs, sex, alcohol, gambling, internet gaming, or credit card shopping, and that particular activity jumps to the top of the mind’s hierarchy of importance,” Dr Hayman explains. An addict’s mind gives addictive behaviours or substances undue salience.

“Two different parts of the brain struggle and compete,” he says. The “addict part of the brain” is the basal ganglia, which comprises a number of deep structures with a variety of functions, including control of voluntary motor movements, procedural learning, and routine behaviours or habits. “It doesn’t care about consequences, it just wants the hit.”

The second part of the brain – the pre-frontal cortex – governs consciousness, decision-making, planning, and developing a sense of identity and purpose.

“To deal with addiction you need to recruit the pre-frontal cortex and use it everyday to override the temptation to give in to the addict part of the brain,” Dr Hayman says. “Discipline is the opposite of addiction.”

Thanks to his diagnosis, Gooby has recovered immensely. These days he’s a functioning member of society who has reduced his “crippling anxiety”, can hold down a job, socialise, and think beyond fantasising about his next game.

“I don’t steal anymore,” he says. “I don’t use people. My rational mind isn’t doing backflips to justify the insane position I once found myself in.”

At the illnesses’ worst, Gooby “had decoy computers hidden in my room for my family to find and take, frequently went without sleep for seventy-two hours at a time to maximise time spent playing, could sit in front of the computer crying and asking, ‘Why can’t I stop?’ then not stop.”

Dr Hayman has diagnosed half a dozen patients with Internet Gaming Disorder, and their symptoms and misfortunes eerily echo Gooby’s predicament. Many are “on the brink of losing everything,” Dr Hayman says. He’s helped people who’ve been extremely depressed, distressed, thrown out of university, even suicidal. “It can be life-threatening.”

China, the Netherlands, USA, Canada, Korea, Taiwan, and Japan have opened treatment facilities specifically for this addiction. But despite advances in global recognition as well as professional and psychiatric definition, Sydneysiders will find few sanctuaries for their affliction.

Gooby is recovering from his “obsession of mind and allergy of body,” by undertaking the 12-step faith-based fellowship. At the time of his diagnosis, no support groups existed specifically for video game addicts, so after being convinced by Dr Hayman, he attended Gamblers Anonymous and Alcoholics Anonymous. Since then, he’s devoted himself to recovery.

“It’s saving my life,” he says. “However, it was weird being a gamer… There’s a challenge going through the recovery process with very little recognition or support surrounding it,” he says.

“I remember at one meeting, I told this old timer I couldn’t stop playing video games – and he laughed at me.”

Those who care about Gooby encourage him to identify as an alcoholic, rather than a video game addict, “because they don’t want me to be judged,” Gooby says. “But I don’t feel authentic doing that.”

It doesn’t matter where you go: the principles, structure, and philosophy of every 12-step program are the same, according to Dr Hayman. He encourages a ‘synergistic’ approach to recovery, recommending self-help groups that are non-judgmental, confidential spaces of mutual recovery, as well as seeing a mental health professional to address any possible co-morbid disorders.

The invisible suffering of people like Gooby is the consequence of a “time-lag between the awareness of these things, the people it’s happening to, treating medical professionals, and wider society.”

But why has this disorder emerged? Because the expansion of technology and its addictive-by-design properties “have provided fertile grounds for the development of this new addiction to vulnerable people.”

‘Reinstatement’ is when addiction suddenly takes off again in a relatively short time. Neural pathways of addiction can lie dormant, but as Dr Hayman cautions, “if you use again, whatever you use, all of those pathways can be reinstated, in a much shorter time than it took to establish them.”

“I can recover but there’s no cure,” Gooby says, gathering his things as the clock turns closer to 1am, and our conversation runs down to an end. “I’ll always be a compulsive gamer and the possibility of relapse will always exist.”

He knows he’s still “defective”, he says, although years of perseverance have helped him develop defence mechanisms. He meditates every morning, helps other addicts recover, ritually attends meetings, and maintains a simple spiritual attitude to stay sober.

Gooby has started Sydney’s first CGAA face-to-face support group at the Two Wolves Cantina Broadway, next to the Lansdowne Hotel, every Monday night at 7:30pm. You can contact them via email here: sydney.cgaa@gmail.com.

The Allergic Frontier – A case study in video game addiction 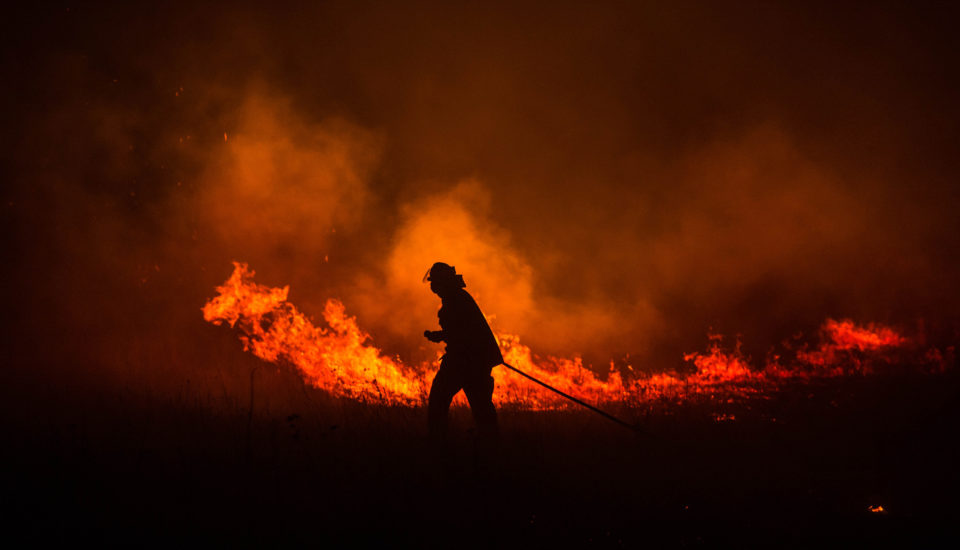 Burning Man A Firefighter’s Story
by Matthew Thompson
One favour that firefighters sometimes do for each other is toss out a few reminders that being too comfortable with the chaos can be dangerous.
Full Article
Features 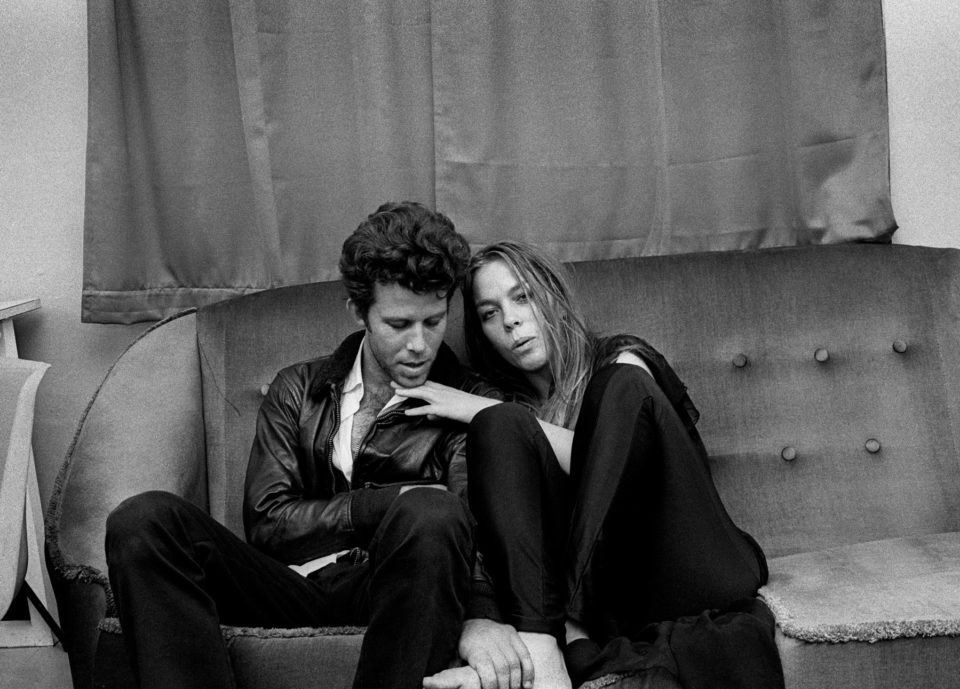 The Singer and The Song A conversation with Rickie Lee Jones
by Gyan
"Rich people never look happier once they come home from shopping. It's all there in the mirror and it ain’t going nowhere."
Full Article
Features 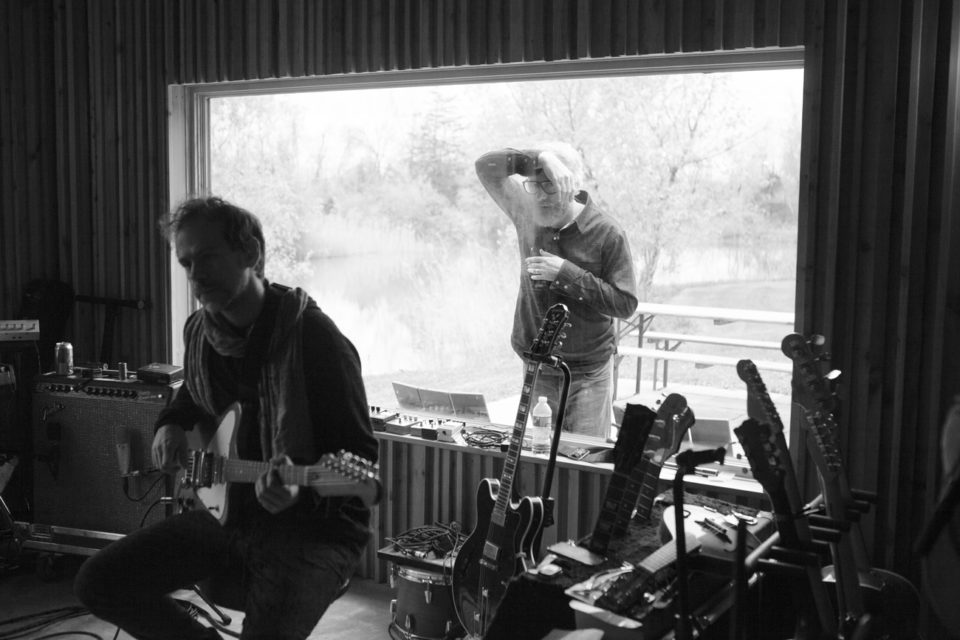