Walking Home A Letter from London 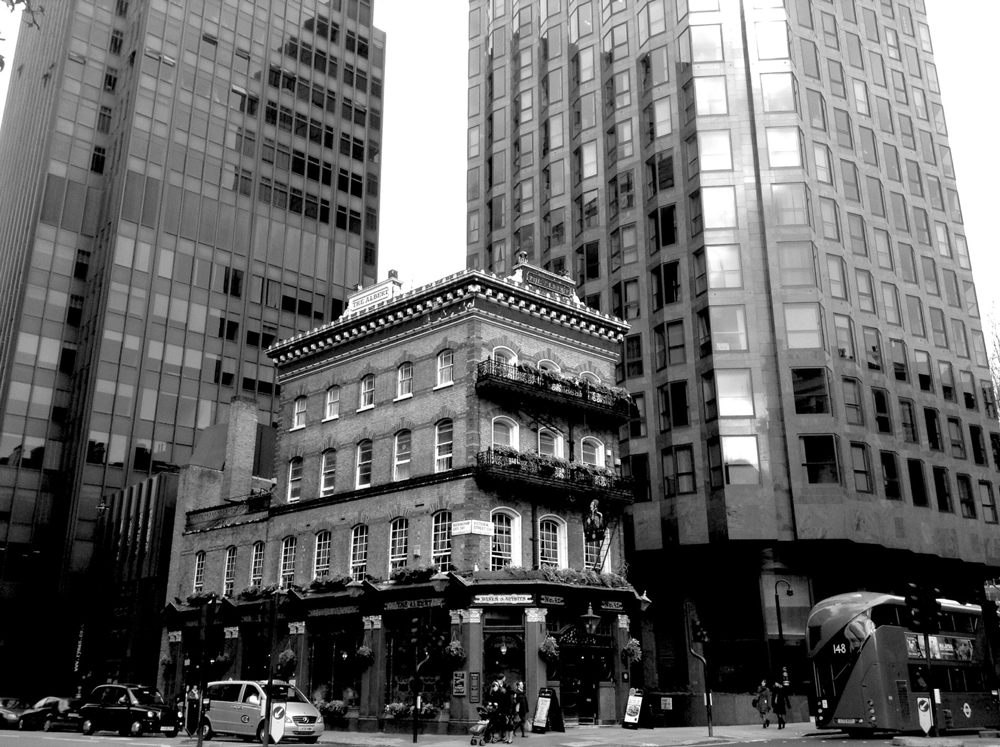 The old and the new in London. Photography by Eleni Mikallou/EyeEm
Text: Will Self Facebook Twitter Email

I believe there are still parishes of the Church of England where they ‘beat the bounds’ – this consists in walking its boundaries, and asking God to protect the crops and livestock from any malevolence in the forthcoming year. The practice was, of course, pagan in origin – and while the driving off of evil spirits might seem a rather superstitious activity in a 21st century globalised metropolis, I still beat my own bounds.

I perform this ritual whenever I return to my own neighbourhood in south London after a time away. This summer I’ve been abroad in Armenia and France – and travelled around Britain a couple of times; all enough to make even the most determinedly cosmopolitan among us feel a little deracinated. My bounds-beating – pretty obviously – isn’t about tending crops (unless you view a writer’s words as tender green shoots), but maintaining roots: I’m technically-speaking a Cockney, born in old Charing Cross Hospital, within hearing range of the bells of St Mary-le-Bow, but my Anglo-American parentage and peripatetic existence mean that identity is always a problem for me. For fuck’s sake – my father emigrated to Australia!

So it is that I enact a loose circumambulation of my little flat in Stockwell, hoping that by this act of ‘homing in’, I will indeed feel once more at home. But it’s difficult – increasingly so. I think I may have mentioned in earlier columns how Singapore is currently being dropped on top of my ’hood in the form of massive new developments – at least six new high rise residential and office blocks, the new US Embassy, and the extensive redevelopment of the old Battersea Power Station is all underway within half a mile of my front door. Every time I get back after a trip, the skyline has altered, and there are yet more barcode facades looming up in the mid-distance.

Yesterday evening I headed down the South Lambeth Road to Vauxhall Cross then along the river towards the Houses of Parliament. Sometimes I beat more suburban bounds – but the West End is as much part of my manor as Brixton and points south. The strange and coupling contiguity of the Vauxhall Tavern – London’s best known and longest established gay pub – and the HQ of the Secret Intelligence Service (otherwise known as MI6), never ceases to amuse me. Once both spooks and gays had to skulk about the place – but now both moieties are out, although á mon avis, only the members of one should be proud about it.

Since the terrorist attacks on London Bridge earlier in the summer, all the bridges over the Thames have been equipped with new steel security barriers between pavement and roadway; the embankment between Vauxhall and Westminster Bridges is also home to a great up-thrusting of new property development, although really these so-called ‘luxury apartments’ will, for the most part, lie empty, since on current trends they’re assets which appreciate so much, and so quickly, it isn’t worth even renting them out. There’s more scaffolding currently to be seen surrounding the Elizabeth Tower, at the eastern end of the Palace of Westminster – this is the one which houses Big Ben, and the celebrated clock has fallen silent now for four years while the Tower is renovated. For those of us raised to the sound of its magisterial “bongs”, both live and running behind the beginning of the BBC news, this seems like a minatory caesura: indicating the diminuendo of Britain’s once brassy presence in the world since the referendum on European Union membership.

My destination on this particular beating-of-the-bounds was a restaurant called Joe Allen in Covent Garden. I’ve been eating here – and at its sister diner in Manhattan – for over thirty years; yet all things must pass – and Joe Allen itself has now passed along the road from its previous premises, which have been taken over as the site for a new boutique hotel. It was bizarre, yesterday evening, eating with a selection of my many offspring, surrounded by the familiar décor – but reconfigured for a new space. Footing it back to Stockwell along the Embankment, it occurred to me that the restaurant was a synecdoche of London itself: for the city seems to be both rapidly reconfiguring, and moving somewhere – although where I’m not entirely sure. With so much change afoot, you might have thought that my beating of the bounds, far from implanting me in terra firma, would send me spiralling into the local void. But for the committed London perambulator, it’s enough to hear the slap of leather on York stone paving, in order to know you’re home.

Walking Home – A Letter from London