The Boat on Dal Lake A letter from Kashmir 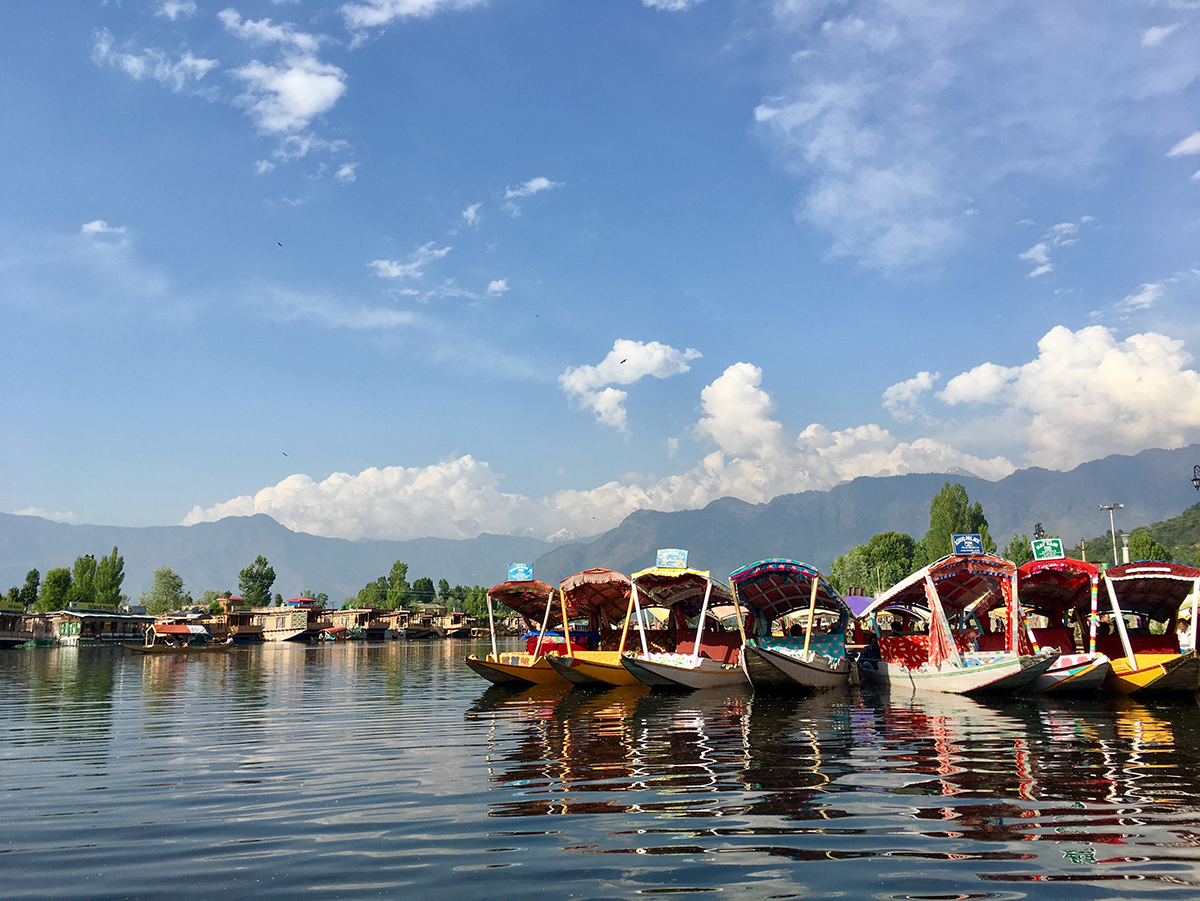 For the past ten days, whenever I have wished to go into town, to interview a separatist leader or take in a clash between police and young protesters, I have first had to play the tourist for a moment. From my houseboat in Srinagar’s pellucid Dal Lake, it is a ten-minute shikara, or boat, ride to the road, and each evening, when I’m done, it’s another one back.

It’s this latter constitutional I’ve come to appreciate: the decompression chamber of my day. We navigate the Raj-era houseboats, their colours bleeding almost into the air at this hour, until I disembark at H.B. Veena Palace and order a pot of invariably weak coffee. The Kashmiri mountains loom about us in the half-light, a snow-capped peak occasionally discernible through the cloud.

It has not taken me long to become a member of the family. The city has much to offer the tourist, but its reputation precedes it: there are militants to the south, Friday prayers are a bloodbath, tensions are rising again between Kashmiri society and the Indian military. This part of the world has had a question mark hanging over it for at least the past 70 years, with the past 30 or so especially contentious. Even Google Maps refuses to commit to a border: the region’s a tangle of dashed lines on my phone. As a result, people coming from Ladakh, or heading out that way with treks in mind, tend to stop in here a day or two at most. The houseboat’s owner, Firdous, and I watch them come and go.

We spend our evenings sitting on the balcony of my boat discussing the situation, which I am here to cover, tourist visa be damned. Firdous invites neighbours and friends to come by and we argue into the night about the merits and likelihood of various solutions: greater autonomy within India, annexation by Pakistan, outright independence. The only one of these that seems remotely possible, however distasteful, remains the first. The second is a recipe for nuclear war and the third an outright pipe dream. Sometimes I am impolitic enough to suggest a fourth option: another century of the status quo.

On my final evening, Firdous serves me a farewell dinner: a full roast chicken stuffed with Kashmiri pilau. I have a feeling he’s going to miss me and I know full well that I’m going to miss all this. I have promised him that I’ll be back next year. With my wife? Yes, Firdous, with my wife.

How many promises like these have I made over the past ten years of doing this work? Fifty? A hundred? I have occasionally kept them: I have returned to Istanbul multiple times, to Vietnam once a year. But I have not been back to Chechnya yet, nor to Iraqi Kurdistan, nor indeed to many other places I’ve heard myself say it: I’ll see you next year.

Before you can visit anywhere new, you realise you’ve pledged an itinerary identical to one you’ve already completed. I always mean it at the time, but the world is so large and the years so few, and before you know it your pen is tearing across the page in pursuit of another story. It’s worth stopping and considering the mountains more fully, making sure you take a nice photo of your host. There is always the chance that you won’t come this way again, and that the shikara taking you across to the road might be doing so for the last time.

The Boat on Dal Lake – A letter from Kashmir