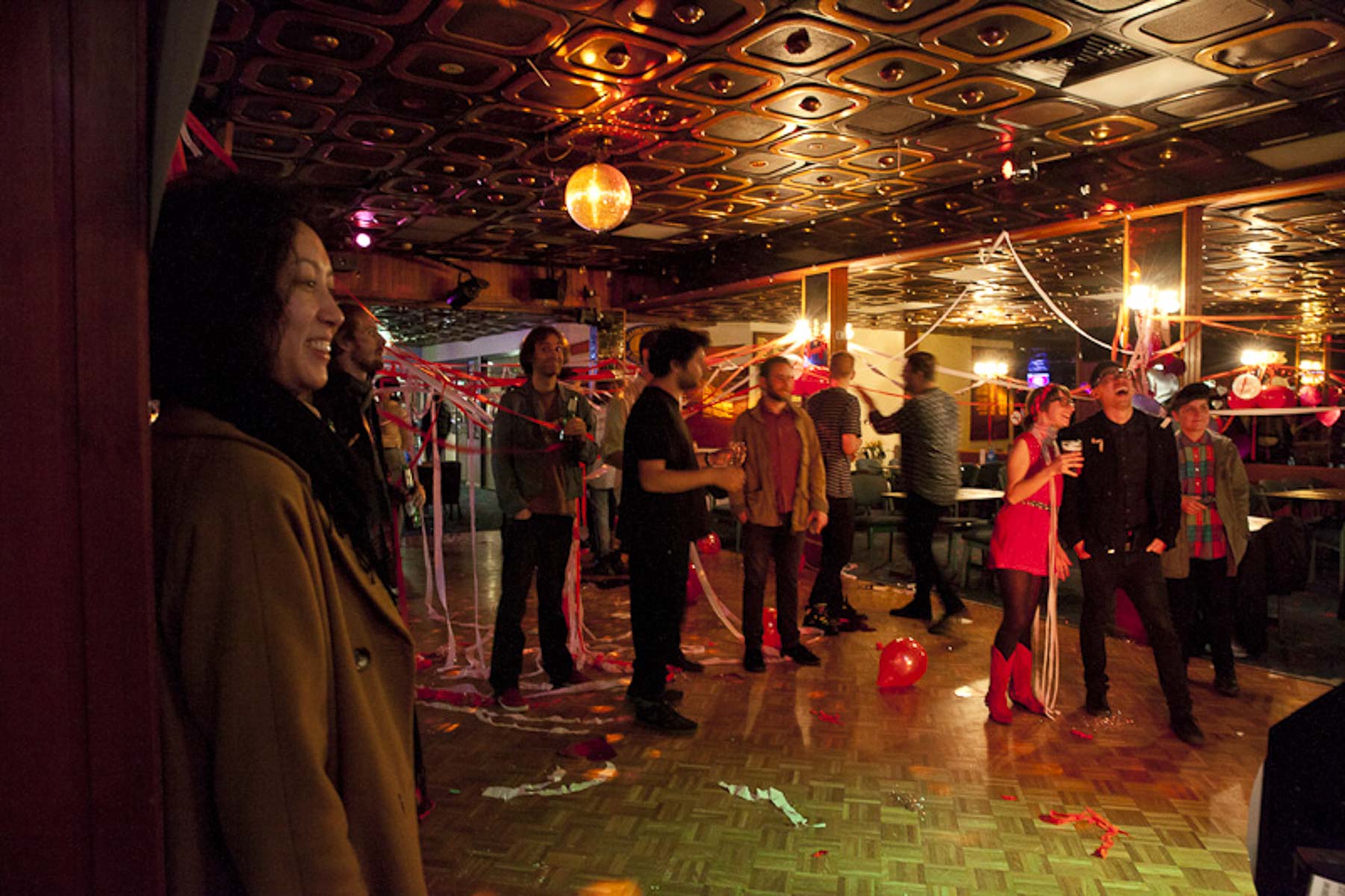 For a brief period around 2016 – 2017, it seemed the most interesting live music happened in a venue gig-goers hadn’t heard of – the Portugal Madeira Club. Tucked away in the hodge-podge of light industry in Marrickville, this newly-discovered venue became a site for a community that had lost its independent warehouse venues to coalesce.

In an article in The Quietus about an underground label showcase at the ethnic club, Kate Hennessey conjures its unlikely charm: “Brown and squat, with overzealous fencing, it could be mistaken for a site of light industry itself. Yet three flags fly from its roof (Australian, Portuguese and the club’s own flag) and along its wall is a series of sun-bleached sketches of women in traditional Portuguese clothes. The art is peculiar, dated and weirdly endearing. Just like the club.”

While cheap Portuguese beers and complimentary fish croquettes were a novelty for the new audiences, alliances between ethnic clubs and underground live music communities have historical precedents in Sydney. There was The Phoenician Club, operated by the Maltese community, where major international acts, such as Nirvana and My Bloody Valentine, played. The Cyprus Club in Stanmore hosted art-punk shows in the late ’80s. In Newcastle, the Croatian Club has been favoured by bands with a DIY ethos.

More broadly, fringe arts and music has always been opportunistic and adept at colonising unusual, often interstitial spaces. In the late 1970s, when inner-city industry began to decline and the workforce that frequented pubs dwindled, the Trade Union Club and the Sussex Hotel welcomed post-punk bands and audiences to fill their rooms. Recalling the repossession of inner-city warehouses by artists, musicians and social experimenters in the early 2000s, artist-duo Clare Healy and Sean Cordeiro have aptly described artists as like fungi – they digest detritus to create something fertile. The same is true of Sydney’s underground music cultures. 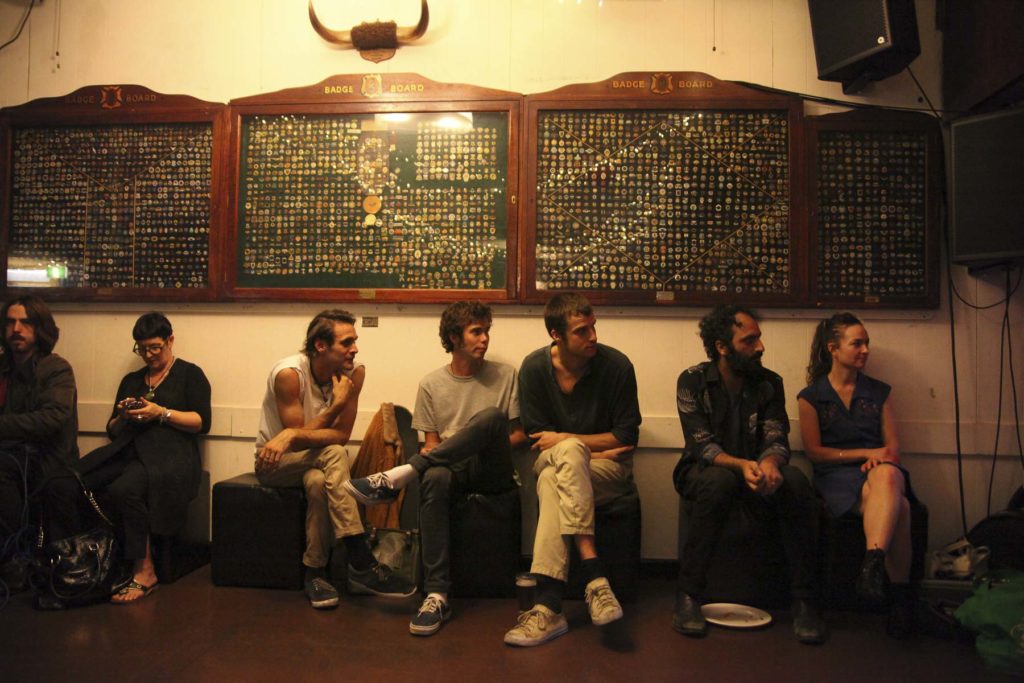 Live music is a contentious issue in Sydney. In 2003, the Vanishing Acts report concluded that opportunities for live music in New South Wales had dwindled. In March 2018, a parliamentary inquiry was told that live music has “been harassed almost out of existence” in this city. Yet, a dearth of venues is not the only factor that drives Sydney’s struggling musicians to seek out strange and sometimes fraught alliances. Many venues are unsuitable for underground music, for various reasons. Theatres are too big and expensive for bands that may attract 60 people at most.

Add to that a general dissatisfaction with the business-as-usual operation of venues. “No need to put money into the hands of venues and breweries who only care about sales instead of artistic expression,” Shaun Hemsley, Tenzenmen record label owner and the booker of many DIY shows, explains to me.

As the ownership of pubs becomes concentrated into portfolios of a few multi-million dollar hospitality groups, musicians are also looking beyond the pub venue which has historically supported live music culture.

Frustration with lacklustre events hosted in pubs led music writer and musician, Max Easton, to enquire about hiring the upstairs ballroom of the Portugal Madeira Club, after stumbling across the building on a walk through the backstreets of the inner west.

In Easton’s article (which appears in his self-published journal, Tempered) he describes pub shows with no door charge and guaranteed playing fees for the band, as “deflating experiences” which produce complacent audiences and performers. He is cynical about the asymmetry of profit and power between bands and pubs that “were receiving not just our efforts, but our drinking money, all while overzealous bouncers would study your technique of eating a late-night pie from the neighbouring servo in order to determine whether to permit your re-entry”.

In contrast, the alliance Easton struck with the president of the Portugal Madeira Club felt like “a fair exchange”.

However, the short-lived alliance soon soured. As the club rose in popularity as a venue for all kinds of events, musicians in the underground scene became dismayed by a shift in its management. A hefty booking fee was introduced and larger events seemed to be prioritised over maintaining the relationship with the underground music community.

They also feared that exposing the club to heavy external patronage jeopardised its central mission to serve its ethnic community. A post in May 2017 on Spicy Aussie Underground Music Memes Facebook page, depicting a goose with a sly sidelong glance and the caption ‘When u find a nice inner-west yet to be gentrified ethnic club’ hit this nerve with painful precision. 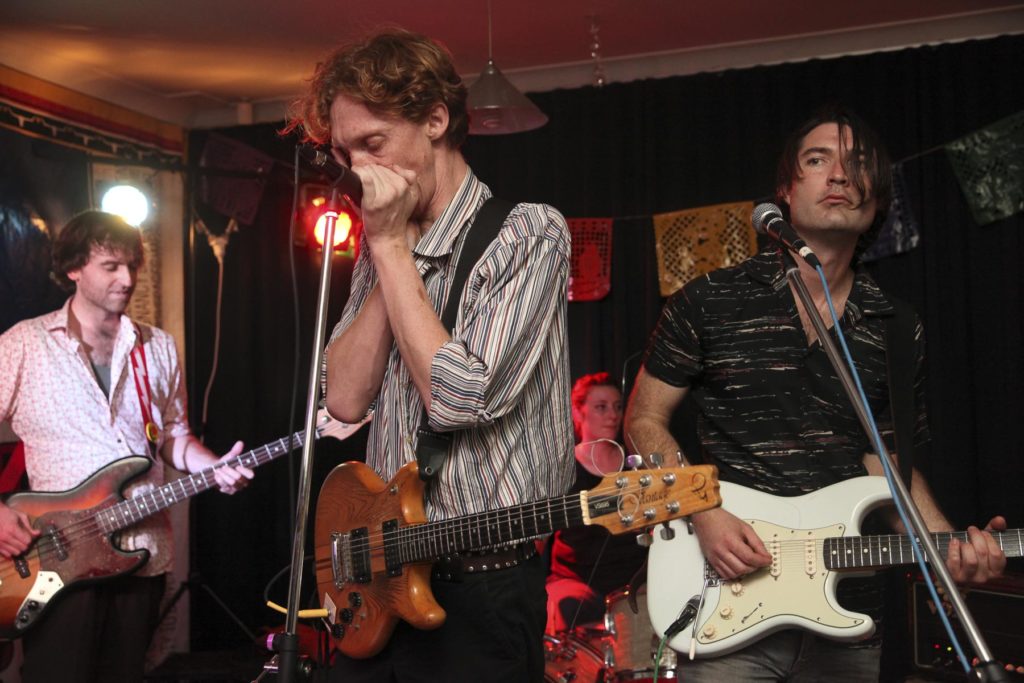 The Holy Soul performing at the Petersham Bowling Club. Photography by Lyndal Irons

In addition to a fair exchange with musicians, community clubs offer accommodating atmospheres for live music in a city where the atmospheres of social spaces – bars, restaurants, cafes and even pubs – are increasingly finely calibrated and unsuitable for underground music.

In another article about the alliance between the underground music scene and the Portugal Madeira Club in Tempered, Katie Ukleja writes that, practically, the venue offered distance from noise complaints and, importantly, was “ambient with the allure of a clandestine location.”

On a quiet midweek lunch hour, advocate for community arts and volunteer president of the Petersham Bowling Club (PBC), George Catsi, gives me a tour of the space – the downstairs band room, and the single multi-function room upstairs with views over the greens and a sprinkler system watering the new veggie garden beds. The strings of fairy lights strung across the room and wound around the ceiling fan recall amateurly-decorated house parties.

Catsi is aware of the nostalgia of the club for patrons over the age of 30. For this demographic, the PBC “reminds them of something Sydney has lost”, and so the club is “careful about playing around too much” with the existing decor. Catsi is particularly smitten with the purple patterned carpet, and the chairs are an odd bunch, many of them bought from an “Old Chinese restaurant out west somewhere”. Importantly, Catsi believes the aesthetic contributes to a sense of freedom and possibility that the club offers patrons.

Authentic décor partly composes the atmosphere here. It also reflects an overlooked element of the overall vibe, the club’s organisational structure. As the original bowling club crumbled in the 2000s as its elderly member base diminished, community members staged a coup to retain the space, saving it from the board’s resignation to redevelop the site into townhouses and, later, a childcare centre. The upstairs stage, which was once the pokie den, is a symbolic reclamation of space for live music that cannot be divorced from the club’s fascinating backstory. The club’s removal of the members boards which once partially obscured the view of the stage is also symbolic of its dedication to live music, without the friction between the old guard and new audiences.

As with the Portugal Madeira Club, PBC is endearing, at least for many live music audiences. In atmosphere and the organisation of shows, it avoids being prescriptive. The PBC offers musicians a space, some social media marketing and a PA system. Bands organise the door, set the ticket price and keep those takings. Profit from the bar are reinvested into sustaining the club.

Back amid the utilitarian brick facades of industry in Marrickville, at the Marrickville Bowling and Recreation Club, live music and performance coexists alongside announcements for the meat tray raffle. Last year Midnight Oil chose to play a ‘secret’ reunion show at the Marrickville Bowlo. Again, the lack of prescriptive atmosphere or organisation is key. As Chris Scott summarises in an article about bowling clubs and live music, clubs give creative control to independent promoters who take on greater responsibility. Scott argues that “these unique interactions […] see younger people being proactive and becoming creatively involved and engaged”, a wholly different experience to the kind of complacency Easton witnessed at pub shows. 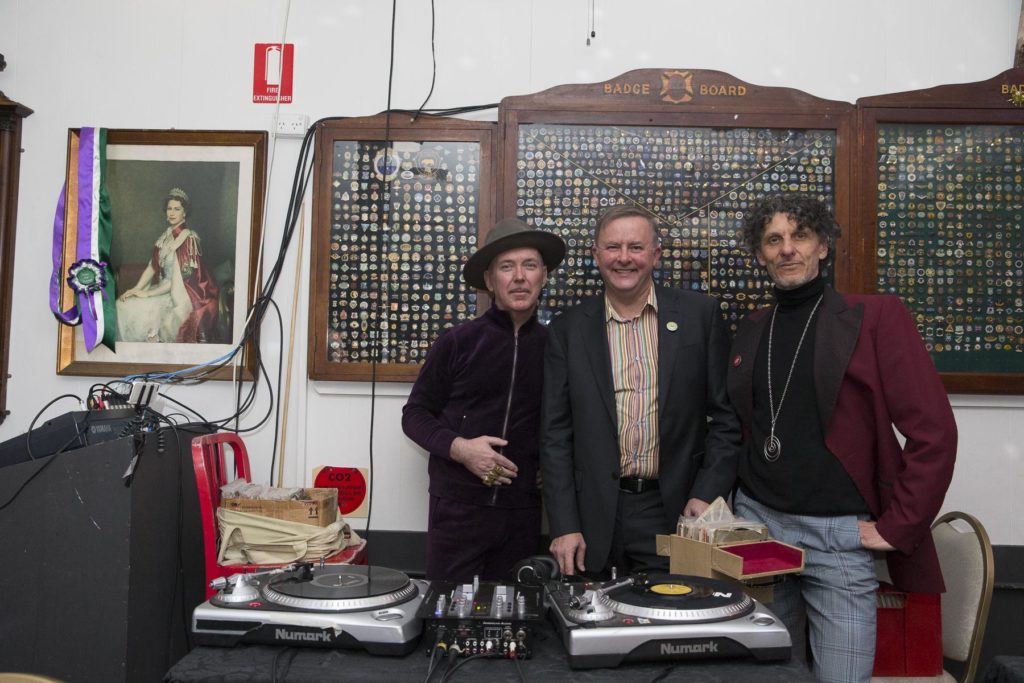 Understanding why many underground musicians favour non-traditional spaces makes me think that repealing the lockout laws alone could never be a silver bullet for Sydney’s live music scene. When not penning tantrum op-eds about this city’s demise, Sydneysiders might begin to imagine a future that aims higher than the live music landscape that directly preceded these laws.

Examples of interesting non-traditional venues are happening already. Sydney Fringe Festival organisers have pursued temporary use of existing retail spaces for live performance, though this has hit legislative snags. Digital platform, Parlour Gigs, facilitates “beautiful, intimate house concerts” as the website describes, in which musicians are paid a $300 minimum. A testimonial from musician Fraser A Gorman describes these events as “the most pure exchange of music you can have with someone”.

And, for many years now, movements like Reclaim the Streets have created space for live music in the city’s streets and parks. While many of the warehouse venues that populated Marrickville’s industrial area have closed due to their inability to comply with land use regulations, a semi-regular event (respectfully unnamed) still make use of the space between warehouses.

Over the years, fringe musicians and artists have asked whether the nature of what they do is flux, seeking out the scraps and opportunities at the margins to create something beautiful, like the vein of gold plugging the cracks in Japanese wabi sabi pottery. Or perhaps the successful alliances between live music and community clubs has uncovered a desire for venues that enable different kinds of social and aesthetic experiences that is, in fact, more mainstream than a fringe obsession.