Straya Day in Dungog Just another day in the valley 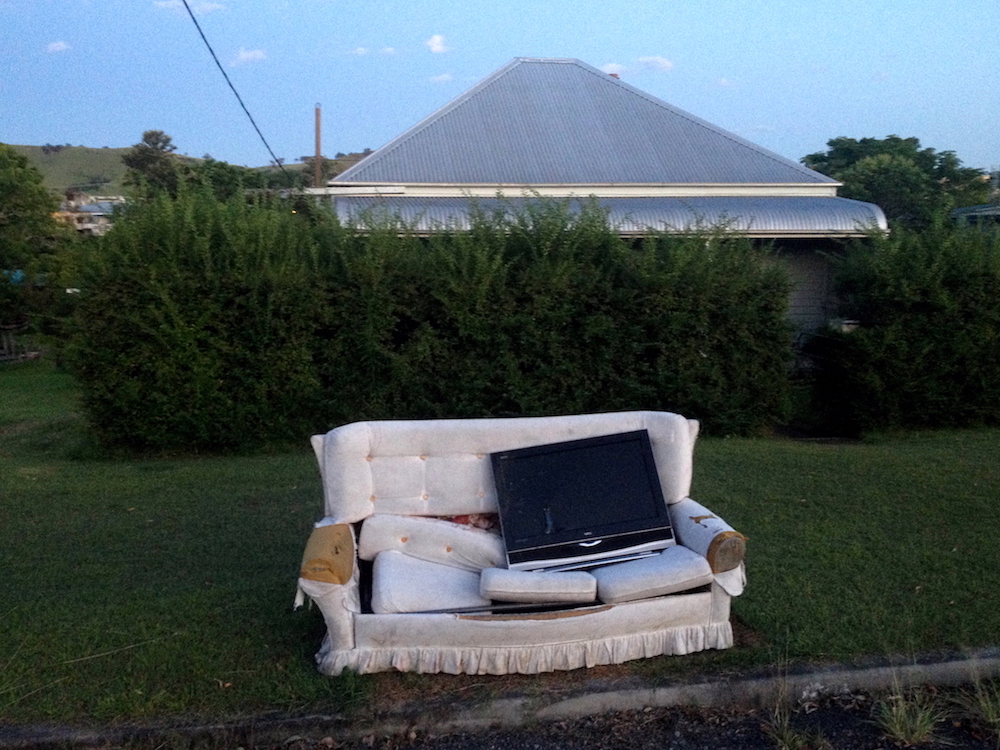 When I pull into Irwin’s Fuel & Food after dropping some girls at the town pool, the cop is striding towards his police SUV and swapping banter with a young buck leaning from the window of a flagged-up old sedan.

“That’s the way,” says the bloke, twisting around to keep the conversation going. The cop is cheery as he gets into his Pajero but clearly about to split, so in a flash the singleted fella is out of his car and leaning on Dave’s, holding court with his beer breath, one foot planted on the running board and a hand gripping the policeman’s door.

Cops in Dungog (population a touch over two thousand) can’t take a step without getting bailed up. Even people you’d think would steer clear – druggy little ratbags, burnout artists, and so on – are often compelled to ingratiate themselves with the law. Unless it’s just a pretense of matey interest they use to annoy the coppers.

Dungog’s town doctors – who can score a $23K annual ‘incentive’ from the taxpayer just for suffering this postcode – are also walking targets, although in comparison to police they are treated like antique gods; the faithful and desperate trail them through the shops displaying wounds and begging for grace.

Tugging the petrol cap lever, I climb into the steaming soup of late afternoon. Spitting distance from the bowsers, carloads of teens are parked happily in the sweaty haze, scoffing hot chips and yelling and laughing. Aussie flags poke out of their vehicles and stain their cheeks and shoulders.

The pubs are doing well today – plenty of cars parked around them, too – and a good scatter of barbies and parties are building up around town.

It’s Australia Day, something of which I have zero childhood memories (and fair enough: as a national holiday it only dates back to 1994, meaning Justin Bieber is the same age as this sacred, ancient, unchangeable event).

ANZAC Day used to have a monopoly on patriotism, even if back then it faced clear opposition from women’s groups and at school we were encouraged to think about its sick elements by studying The One Day of the Year, for which playwright Alan Seymour received death threats.

While the display of flags around town today is way short of an average day in much of the US, more than a few flags are on show, one even permanently inked into the back of a fire-brigade mate. But why ‘celebrate’ Australia? What is Australia? What is it that other places are not? Prime Minister Malcolm Turnbull says the country’s history is “a story of enormous achievement” and “a bright story of success”.

Turnbull, of course, lives not in poorly serviced, landlocked, relatively uneducated, and heavily potholed Dungog (median house price: $310,000) but high on the hog in Sydney’s supremely fabulous waterfront suburb of Point Piper (median house price: $7 million). To swipe a lyric from the Sisters of Mercy, from here Turnbull strikes me as just “another motherfucker in a motorcade”. 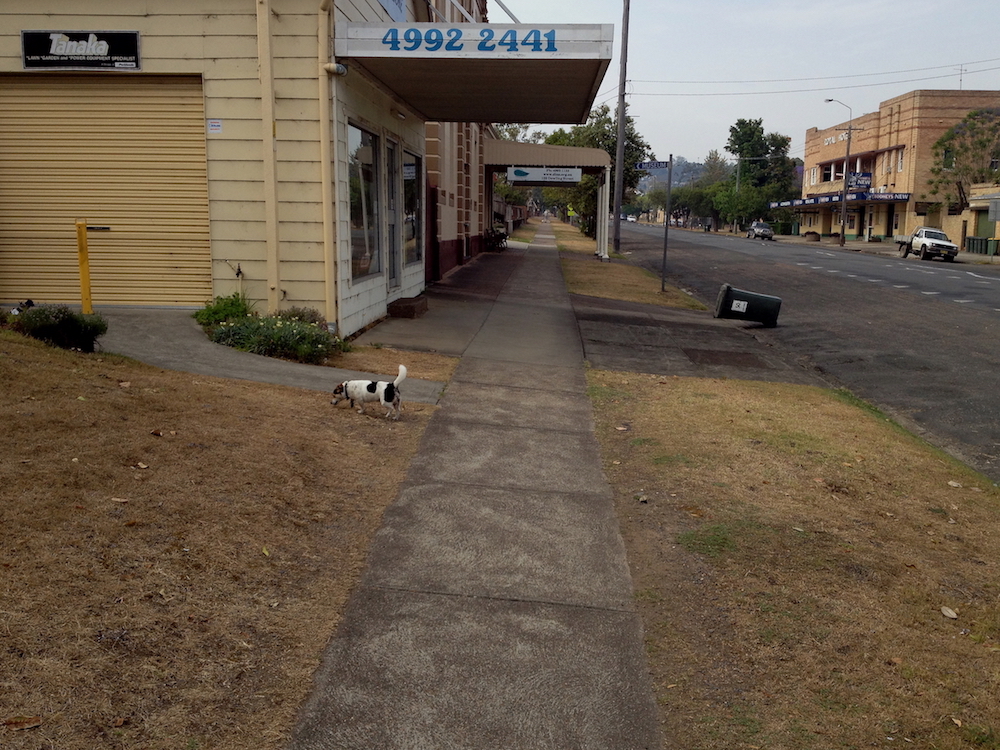 And while making it an us-versus-them thing might seem like a cheap shot, comparison is a pillar of nationalism: the assumption that here is better than other places/that other places are worse than here.

Sure, some countries are easy to slag off as what Trump and millions of others call “shitholes” due to dirty water, armed conflicts, expensive medicine, gender apartheid, widespread foreign habits, even more corruption than here, etc, etc, but leaving that aside, which here are we talking about here? My here? Your here? Point Piper’s here?

Born in the US, I immigrated to Sydney – to Roseville – in time for primary school where a group of older boys regularly bashed me on the way home for being a Yank. Being a certain breed of Yank, however, meant I would rather go down fighting than cede ground, so fight I did: sometimes punching first when the cluster of boys closed in taunting and shoving.

One glorious afternoon one of my elder brothers waited at the street corner where the bashings usually went down, dropping from a tree to put a knife to the throat of the ringleader (who fainted). The next day I copped a standout black eye in a payback pounding: “What a shiner!” my teacher said. Yeah, shining with defiance, with pride, with a Yankness that I hadn’t really felt until I had a them.

It’s 230 years since the declaration of a penal colony on the edge of an inhabited continent. The indigenous people were thereafter cleared from the path of progress so we can have towns like Dungog, where we are all a-twinkle in this “bright story of success”.

Picking up the girls from the pool, I hear at length about an annoying boy who was there, about who did the best tricks in the water, and plenty of other stuff that I’d hear some version of most anywhere in the world. It’s just that in some places – whether or not the water is drinkable or the streets are safe – the conversation matures and in others it doesn’t.

Straya Day in Dungog – Just another day in the valley

The Email Eunuch A Friday night report on sexual politics, Harvey Weinstein (again), Facebook and #MeToo
by L.A.C. Vader
"When, a few days after the Harvey Weinstein sex spectacle, female Facebookers started posting #MeToo, I felt concerned that an overcorrection was occurring and men were copping it a bit."
Full Article
Issues
Correspondence