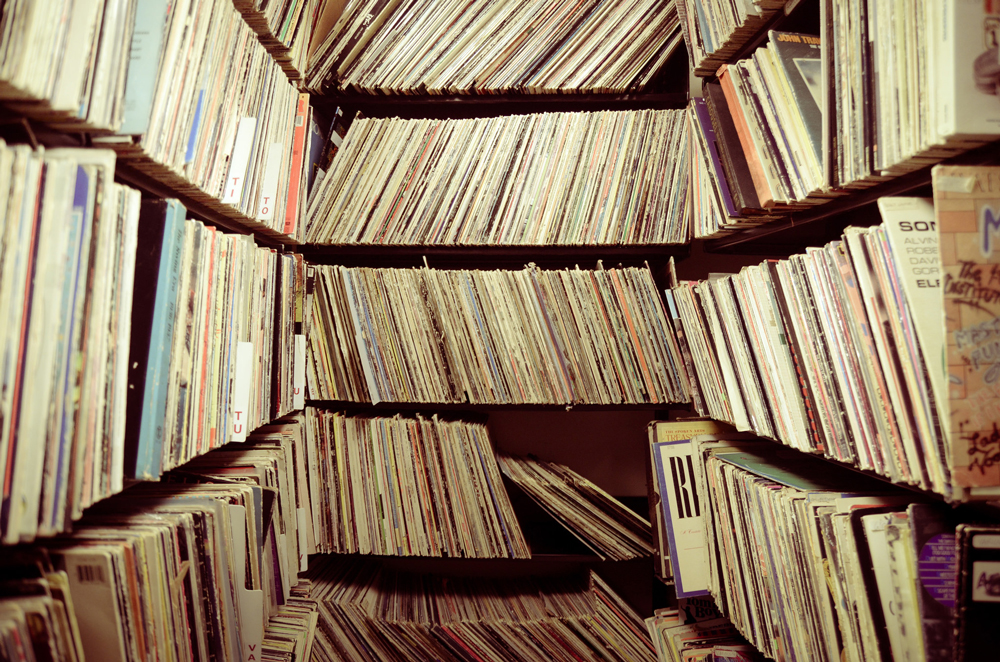 The hiss and crackle of the needle hitting an LP might be having a mini renaissance for those fetishizing a bespoke world, but bean counters at the ABC and SBS can’t ditch the horrid vinyl fast enough.

Recent news of the ABC cutting 10 librarian jobs and ‘consolidating’ its music collections into one Melbourne location might sound fiscally responsible, but trust someone who’s been there, it’s much more than that – once you step onto that slope, you can’t stop sliding.

In 2007 I scored a job in the music library at SBS Radio. In Sydney and Melbourne, 8 librarians looked after books, periodicals and 65,000 CDs. Deemed a bit of an eyesore, the LPs were already stored off site. If a broadcaster needed a track off an LP, we’d trek to one of our three storage rooms in Kennards, behind SBS, where one of the most unique LP collections in the world was grudgingly housed.

Broadcasting in 70 odd languages, our multicultural collection was alive with mind boggling anomalies: Norwegian jazz, Dutch spoken word comedy, Latvian folk, Urdu Ghazals, Indigenous chants, experimental Krautrock, classic soundtracks from Italian horror films of the 60s and 70s that evolved into their own obscure ‘Italo-disco’ genre, of which my colleague Iain was probably the world authority on.

Around 2010, drastic changes at SBS Radio meant no more ‘music rich’ programs. We were now an ‘information network’. Only five per cent of a one hour program could be music, three minutes, one song, and that one song had to relate to the program’s content. Broadcasters weren’t happy and neither were their audiences. Where else could you hear timeless film-vocalist Lata Mangeshkar if not on the Hindi Program? Everyone just had to suck it up.

As the years passed, fly-in fly-out contractors who thought culture was something found in the bottom of a Yoplait tub kept tightening the economic screws. Yes, you might have an irreplaceable LP collection, but who’s going to pay to store it? When the head of Radio made a rare visit to the hinterland of the library, he vowed to rid the station of space hogging CDs and books. He’d put in a coffee machine, and another ‘break-out’ space full of soccer ball beanbags, for informal chinwags.

Our three storage rooms at Kennards became two and finally one. Each incremental cull of the collection meant chucking LPs. We started with classical, because there was a lot of duplication, and donated many to Fine Music to sell at their fundraising music fair. Some made it to Artarmon Vinnies, others would end up as landfill.

By 2012, library foot-traffic was way down. Instead of researching quality features, broadcasters were busy uploading podcasts, posting on Facebook, desperate to achieve ‘like’ quotas. The library, deemed a waste of prime floor space, was whittled to a third of its size.

Radio broadcasters became ‘digital content producers’ and now emailed music requests to the library. Music companies no longer sent CDs. Some sent links to free downloads, but ‘the album’ was long gone, and now we purchased individual tracks from iTunes.

The encroaching reality was unavoidable. The digital tsunami we were all destined to ride, whether we liked it or not, had our Dewey Decimal names all over it. SBS bought an industrial Rip Station to ingest our 65,000 CDs. It was impossible not to feel we were digging our own graves. Once every audio file was in the new Media Asset Management system and accessible from every desktop, who would need the arcane music knowledge and customer service of librarians?

An ‘efficiency review’ that made us use software to account for every minute of the day confirmed we were the lowest hanging fruit, our cache all but eroded. Yesterday’s heroes, slated for death by an operational excellence team that needed to find ‘efficiencies’ just to pay its own way. As library staff left, they were not to be replaced. Eight became five. In 2016, a colleague and I were led away to a little room where our redundancy papers were slid across the table. Now there are three.

Our digitisation was years ahead of the ABC. Their staff visited to see how we had gone about it. Sources say they’ve only digitised about 700 of their 100,000 CDs. They will never digitise their music collection. It’s cheaper to let broadcasters buy tracks off iTunes than pay a librarian to supply songs already in the collection. Eventually, who knows, algorithms will import them direct from Spotify.

What of the 373,000 records in the ABC’s LP collection? We might think this irreplaceable thing part of our common wealth, but it’s inevitable that some hot shot will get a bonus for finding a way to avoid having to pay to store it. The culling will feel sacrilegious at first, the sadness inevitable, but it gets easier the more you do it, and the less you care. 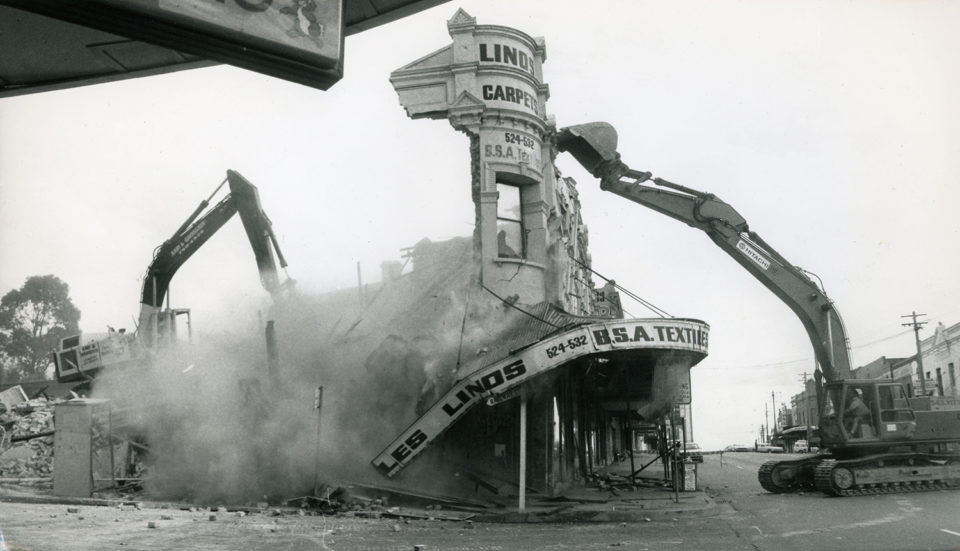 City of Forgetting Rats, cranes, rubble and politicians
by Clinton Caward
"The Sydney skyline is home to more than 50% of Australia’s cranes."
Full Article
Issues

No Free Rides oBikes, Reddy-Go and sharing but not caring
by Matilda Gould
Their business is based on sharing, but are share bikes companies playing nicely?
Full Article
Issues

Saving the Soul of Kings Cross Developers plan to gut the Bourbon and Beefsteak and much of historic Darlinghurst Road
by Sonya Voumard
The terms “village atmosphere” and “boutique lifestyle” are being bandied about to the mirth of residents fearful the development will deliver their opposite.
Full Article
X