RePreston A Letter from Melbourne 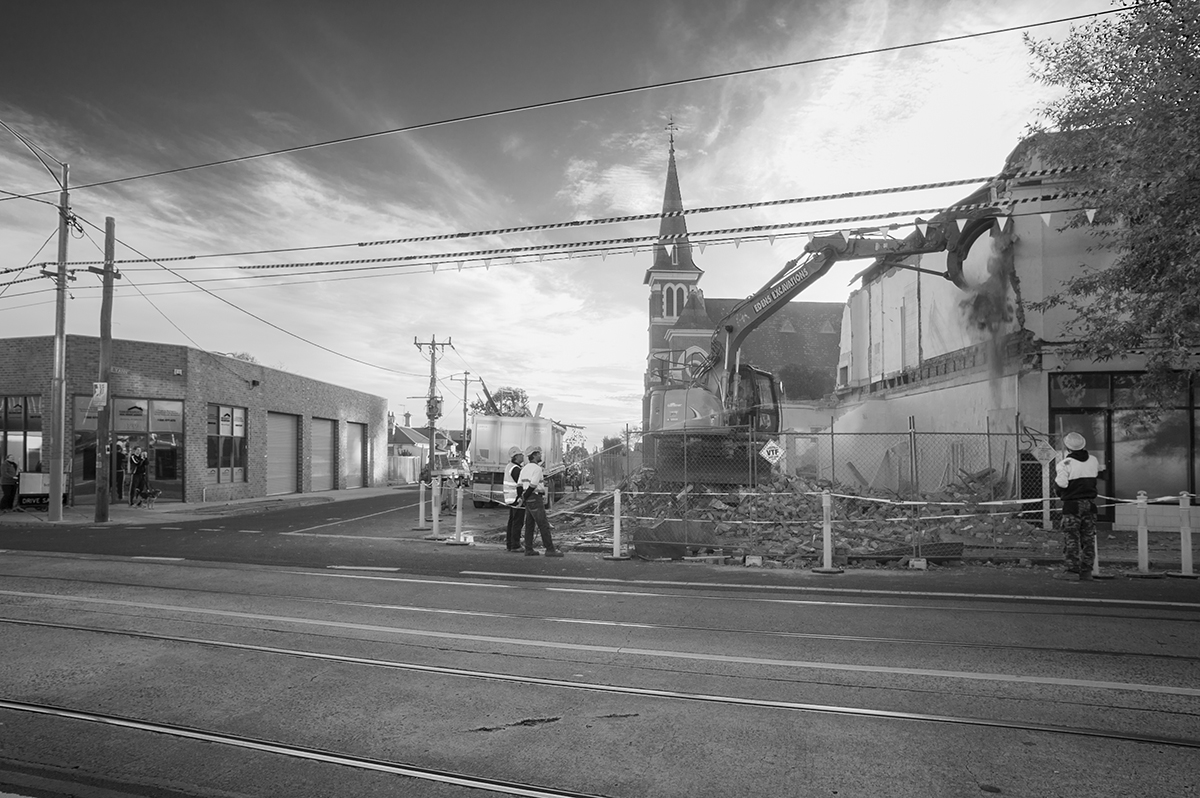 I’ve recently moved to the suburb of Preston, in Melbourne’s inner north. You probably know it from Courtney Barnett’s song, ‘Depreston’. Everyone does. Barnett’s song is a poignant four minute elegy to suburban anomie, depicting a young couple considering purchasing a house “out further” from their usual digs in the inner city. “We don’t have to be around all these coffee shops,” she tells her partner in the song.

Unfortunately, every other young couple in Melbourne seems to have had the same idea, and Preston is no longer a Howard Arkley wonderland of California Bungalows in the cul-de-sacs of a bittersweet Barnett song. Nowadays, half a million dollars won’t buy you a house in Preston. Apartment buildings are being thrown up at breakneck speed – and there are coffee shops everywhere. There are new bars, barbers and breweries.

Indeed, if you look at Bec Kingma’s clip for the song carefully, you’ll see that most of it has been shot in the adjoining suburb of Reservoir, where the onrushing tide of hipsterdom is still just ankle-deep.

The result of this rapid change is a suburb at the nexus of different worlds, the kind of melting pot that makes Melbourne so interesting. It’s affordable enough to house artists, musicians and working families, but still close to the city and amenities. It’s diverse, both in the colour of residents’ skins, and in the built environment, with old shops and factories mixed in with bungalows and apartments.

Jostling up against the hipster immigrants are pockets of an older Melbourne of Italian and Greek working-class families, with fruit trees in the front yard and a nonna growing tomatoes out the back. Preston has a thriving high street full of Asian restaurants, and a famous market that rivals Footscray and South Melbourne for its range of fresh produce.

There’s still a bit of the old Preston, though, lingering from the time when it was a much rougher place. The Preston Centrelink remains a hotspot of disadvantage, and you can buy ice in the carpark of Preston Safeway. (I know, because a bloke in a singlet and work pants asked me if was ‘chasing’ the other day.) Last weekend, a body was found in a wheelie bin on Young Street. It was just a block from the notorious Bell City Hotel complex, where the psychopath Alfio Granata held and tortured a Dutch backpacker for six weeks in 2012.

How long it’ll stay like this is anyone’s guess. Preston is bleaching by the day. Every Saturday heralds another round of auctions, as the deceased estates of Barnett’s song are sold off to wealthy couples looking to start a family, or developers looking to start a block of flats.

In the recent Darebin Council elections, the key issue was the future of the Preston markets. Developers want to build three 10-storey apartment towers on the carpark next to the markets; the Council and many locals are opposed. There was a protest rally about it in March. Resident Lori-Anne Sharp told the ABC they are “one of the last working-class markets in Melbourne”; developer Sam Tarascio countered that the apartments “will provide housing that is affordable in an area increasingly priced beyond the means of working families.”

As the rents keep climbing, the poorer and more adventurous hipsters are moving ‘out further’. Right now, the pioneers are invading Reservoir. Next is probably Thomastown. ‘No-one wants to live in Thomastown!’, I hear you say. But they used to say that about Northcote. And Thornbury. And Preston.

RePreston – A Letter from Melbourne

You Should Be Dancing A Letter from New York
by Ian Keldoulis
The ‘city that never sleeps’ is getting a taste of freedom again with the repeal of the Cabaret Law.
Full Article
X