Warm and Fuzzy Cops A Letter from New York 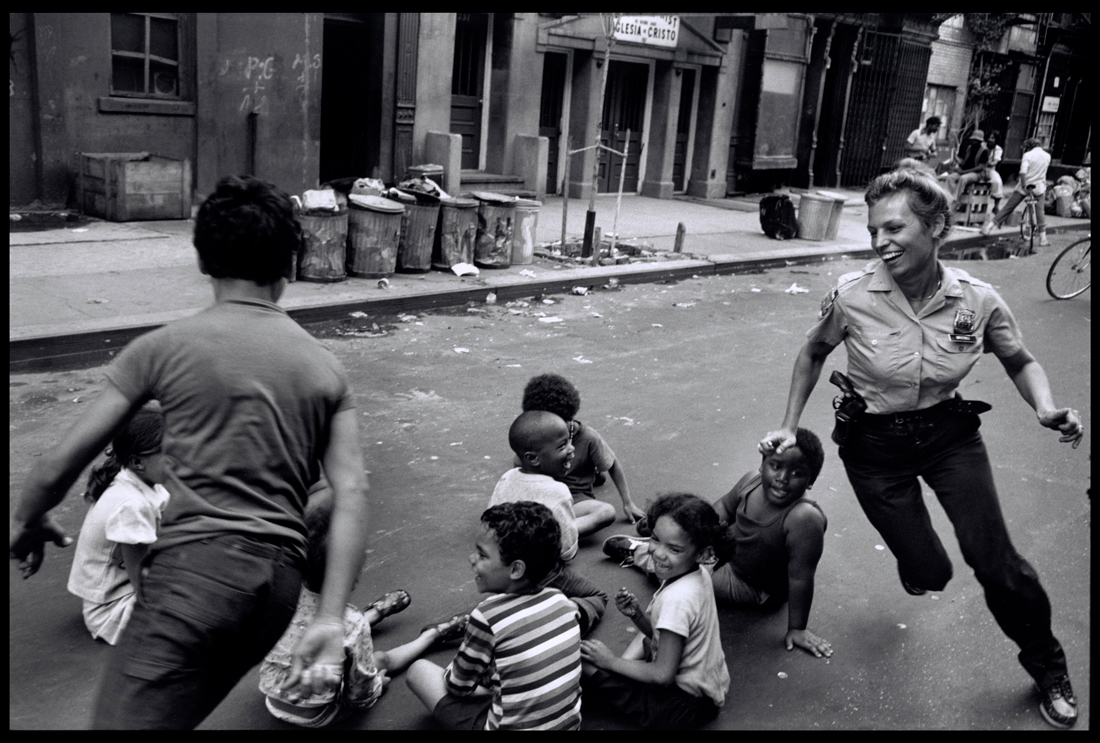 When I came to New York in the early 80s cops stayed in their patrol cars, and it’s true, passed time eating donuts. All the better to get home safely to the ‘burbs at shift’s end. Crime was crazy. I didn’t carry a wallet, my money was in my shoe. At the end of the decade, Mayor Dinkin’s police chief, Lee P. Brown, had a brilliant idea: If cops were on foot, crime might go down.

There are many reasons why crime has plummeted over the past twenty-five years – demographic changes, an older, richer city being one. (A formerly criminally inclined friend told me his knees gave out and he couldn’t run from the cops anymore, so he found a job in technology.) But it’s hard to entirely discount the role of the NYPD and its crime fighting innovations like the CompStat system. Introduced in 1994, computerized crime statistics enabled top brass and precinct commanders to send cops where crime was spiking – without the inconvenience of talking to the locals, first.

The blue pendulum ultimately swung way too far with aggressive “stop and frisk” tactics under Mayor Bloomberg peaking in 2011 with 685,724 stops. (Now abandoned, 2016 had only 12,404 stops with no crime increase.) This largely fruitless activity –supposedly designed to get guns off the streets – annually sent upwards of 5,000 non-violent weed smokers into the jaws of the criminal justice system, tarnished for life with a record impacting employment and other opportunities. Its signature achievement was producing a huge legacy of disgruntlement in communities of color who suffered 90 per cent of its indignities.

Everything in America is racialized. And nothing more so than the criminal justice system – with 2.3 million people incarcerated, 40 per cent Black and 19 per cent Latino. Police are the pointy end of a vast, punitive enterprise. A role that Black Lives Matter has thrust into the spotlight.

In May, the New York Police Foundation, a privately funded non-profit supporting the police, rolled out a multi-million dollar advertising campaign, ”Build the Block NYC”, drawing attention to Commissioner James O’Neal’s signature neighborhood policing initiative, a genuine attempt to change the culture of the NYPD. For the past year, recruits have undergone a new style of training that emphasizes community relations. Now, Neighborhood Community Officers, who are “off radio”, walk the beat chatting to residents undistracted by squawking calls to action.

Documentary-style TV spots featuring real citizens together with mostly black and Latino officers go to pains to humanize police and drive residents to a web site where they can locate community meetings to directly express their concerns. So far, there have been over 200 across the city and attendance has been high. Definitely a step in the right direction.

The complexion of the force is changing, too. It’s now 53 per cent minority; more representative of the people they serve in this oxymoronic city with its majority minority population. Plus more cops actually live in the city.

On June 16, in Minnesota, Officer Jeronimo Yáñez walked from second degree manslaughter for the death of Philando Castile. Yáñez shot Castile seven times while sitting in his car, seat belt on, following a routine traffic stop for a broken taillight. Castile’s death was live streamed on Facebook from the passenger seat by his girlfriend, sparking national outrage. Despite being a thousand miles away, the jury did the NYPD no favors.

Death’s like Castile’s seem to happen somewhere almost daily. Until the other parts of the nation’s criminal justice system receive the same treatment as neighborhood policing in New York, the NYPD face an uphill battle. Dollars to donuts.

Warm and Fuzzy Cops – A Letter from New York

Appetite for Destruction Sydney’s Burger End
by Helen Razer
“Societies,” said some bloke on some Netflix documentary I was only half-watching, “become more complex directly before they collapse.”
Full Article
Issues
Correspondence