‘Keep Calm and Carry On’ A Letter from London

You walk past the same corner every day – and each time you notice the building, perhaps because of its very nondescript character. Indeed, you say to yourself: I must pay attention to that really rather unremarkable building; because one day it will be replaced by some glassy behemoth of a skyscraper, and unless I can recall what was there before I’ll feel the widening gyre of history tearing me away from the city I once I knew… and loved.

Or thought I knew – because the truth of the matter is the very essence of a true city is that it defies any such apprehension: the nondescript building has indeed gone now, but admit it: you simply can’t remember what it looked like at all. I believe there’s an app available which allows you to point, click, and discover what was there before – but I’d sooner point, clap my hand to my forehead, and revel in my own amnesia: that great sea of unbecoming, out of which London staggers – like the Dickensian dinosaur at the beginning of Bleak House – to crouch, panting, on the foreshore of the present.

The Westminster, London Bridge and Finsbury Park terrorist attacks – and now the Grenfell Tower fire: the city of my birth, in which I’ve spent approximately 90% of my entire life – has been dilating and contracting these past few weeks, as it’s been delivered of a new and wailing reality. The sirens of emergency services’ vehicles, ever-present to the inner-Londoner’s ear, have reached a sort of Dopplered crescendo, as different forms of violence – political and systemic – conjoin in the city’s built environment. The ugly, so-called ‘barcode facades’ that either obscure the banality of new computer-designed ‘luxury flats’ for foreign investors, or else hide the shabbiness of social housing tower blocks from their richer neighbours have acquired a still more sinister tinge – the penumbra of violent death itself.

It’s hard to know when this craven new London emerged; those of us who grew up during the IRA bombing campaigns of the 1970s, and who were adults during its resumption in the 1990s, are prone to muttering that we don’t remember such hysteria – doubtless the few Cockney valetudinarians who recall the Blitz are still more inclined to inhabit the nondescript building signed ‘Keep Calm and Carry On’, that’s long since been demolished. Whenever I’m in Melbourne or Sydney, I feel the absence of the Second War’s impact on the built environment, in the form of a continuous evolution of nondescript office and retail premises dating from the 1940s.

It’s difficult, I imagine, for the Antipodean visitor to apprehend the great hiatus in London’s stony timeline – but if you visit now, and see the steel barriers that have been erected at either end of the sidewalks of all the bridges spanning the Thames in the city centre, understand this: these are no nondescript building works, to be confined to the amnesiac lumber room, but rather the real-time instantiation of the city’s collective anxiety attack. Westminster Bridge and London Bridge where the drive-through-humans attacks occurred – I walk over both, weekly if not daily; Finsbury Park, where the Islamophobes struck back – I know it only too well from childhood; as for Grenfell Tower, I lived within sight of it during the 1990s. These have now become the nodal points of a new urban geometry – an abstraction of the city’s essence, through the high-velocity movements of capital and the vortexes of violence, that now define its form.

The great dystopian writer, JG Ballard – who was both my fellow Londoner, and my mentor – viewed the city’s built environment as simply the expression of its inhabitants’ collective psychopathology. Now, indeed, the latent has been made manifest, and the city wears its night terrors on its daytime face. Roosevelt announced at his first inauguration that there was nothing to fear but fear itself – but if you live in a city dominated by the architecture of fear, you long for anything that insubstantial… or nondescript.

‘Keep Calm and Carry On’ – A Letter from London 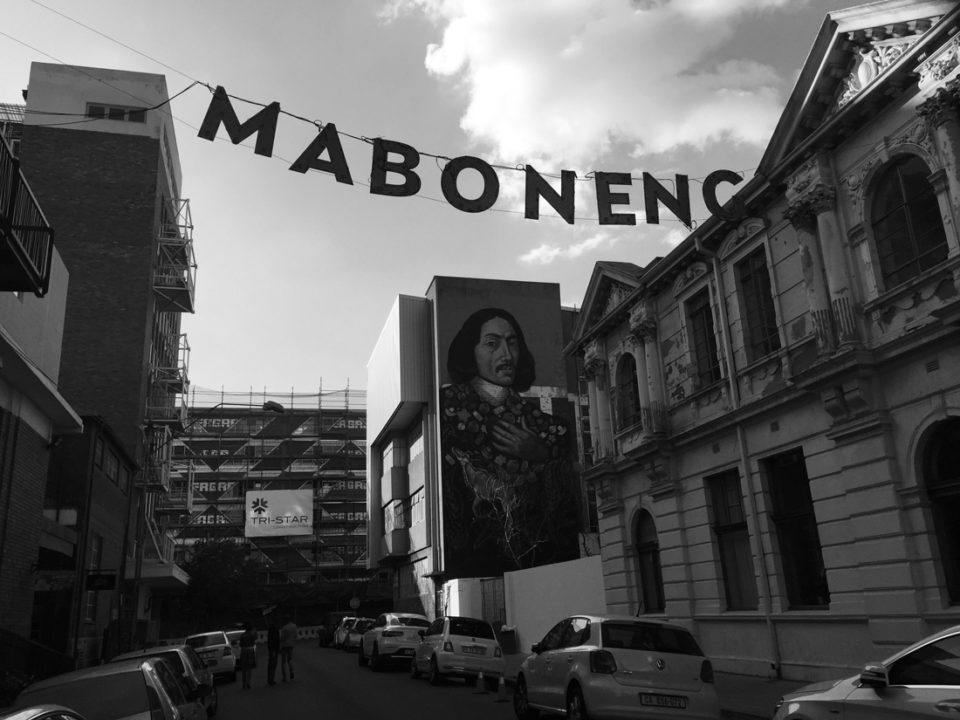 Hello From The Other Side… A Letter from Johannesburg
by Michael Hutak
Africa is undergoing the greatest mass urbanisation in human history. It can’t afford to fail.
Full Article
X