Hello From The Other Side… A Letter from Johannesburg 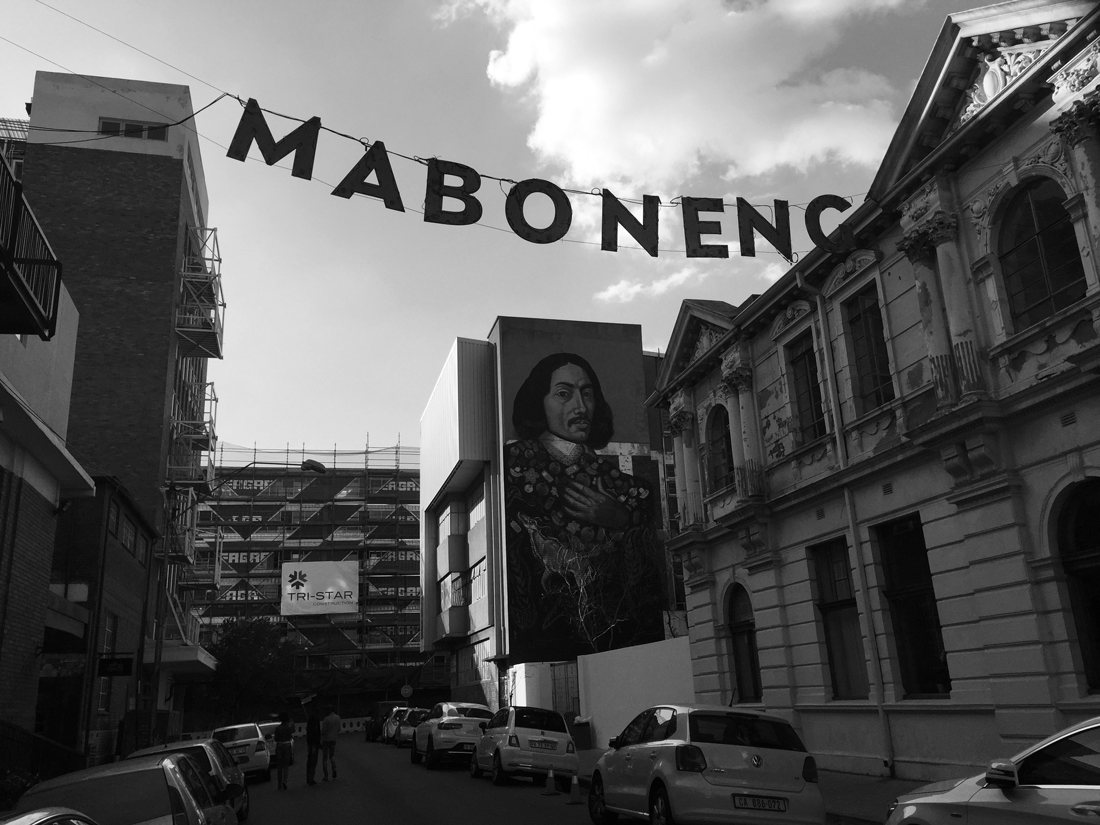 The boys from the Bambanani Brass Band belt out a bellicose delta blues version of Adele’s ‘Hello’, to the delight of the crowds out in front of Arts on Main, the showcase renovation of the Maboneng Precinct, an urban renewal project in Johannesburg’s frayed inner city that was once the commercial heart of Apartheid-era South Africa.

From Adele to Marvin Gaye to Bob Marley, the lads are bringing the house down and clearly know their market: cashed up, middle class and employed; a multiracial cocktail of whites, blacks and ‘coloreds’ at stark odds with the grim slums literally a block away in all directions.

It’s Sunday, so this once abandoned factory is again brimful of punters. We wander through the cavernous food hall, spoilt for choice with delicious fare from Africa, India and Asia. We check out the artist studios and clothes stalls, and grab a mojito before heading out into the courtyard where lemon trees and vines shade al fresco diners from the warm winter sun. And everywhere music, from the Bambanani buskers to the open mic upstairs to the DJ in the courtyard.

Occupying one building is The Centre for the Less Good Idea, an incubator for young artists founded by South Africa’s most significant international contemporary artist, William Kentridge. Round the corner is Skateistan, an international NGO which has just opened its first African skateboard school for local low-income youth. The Bioscope indie cinema is gearing up for its annual Big Lebowski Party, and is proud to announce it’s not affected by the frequent load shedding blackouts. Out on Fox Street the cafes and bars are full and the market stalls are busy but laid back as the wafts of ‘dagga’ augment the air. Up and down Fox Street, 10-storey loft conversions are selling fast. Gigantic murals bedeck their façades, only adding to the elan. The Centre for the Less Good Idea, founded by South Africa’s most significant international contemporary artist, William Kentridge. With a clutch of galleries, Maboneng has become a magnet for the city’s artists. Photography by Michael Hutak, 2017

This “place of light” is buzzing with promise and opportunity, offering a porous glimmer of hope to the desperation surrounding it instead of shanties and barbed wire. Infused by “extreme optimism”, Maboneng’s community-driven model of sustainable private urban redevelopment is, so far, neither a thinly-veiled exercise in elite gentrification nor a retreat to the sterile malls, post-modern towers and gated communities of Sandton some 15 kilometres away, to whence Joburg’s white capital took flight en masse after the advent of black majority rule in 1994.

Meanwhile, the country itself is on the brink. The aging President Jacob Zuma leads a government dogged by corruption, the country has plunged into recession, its economy trashed to international junk status. And in housing, the Rainbow Nation has failed its people, with an estimated 6-10 million people still living in shanty towns and some 23 per cent of city dwellers living in slums. 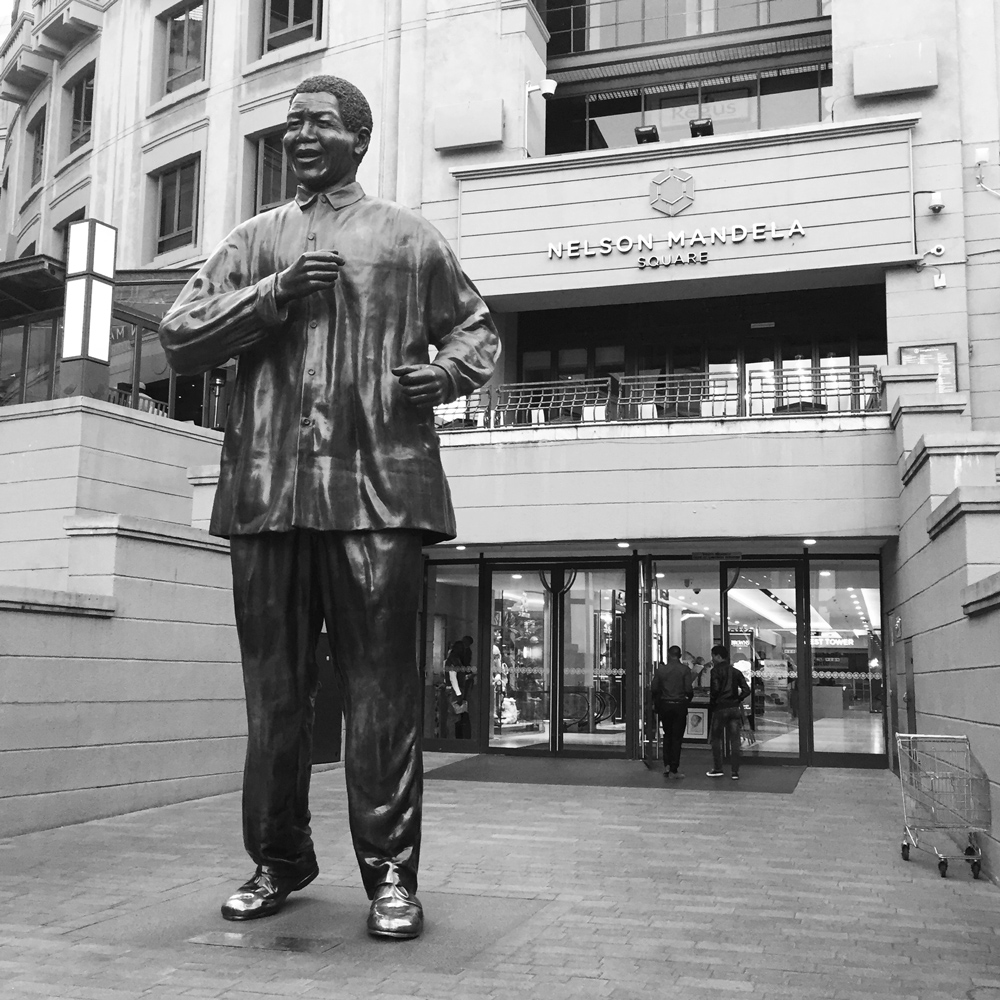 Nelson Mandela's statue looms awkwardly over the square named for him in Sandton, today "the richest square mile-and-a-half in Africa". Photography by Michael Hutak, 2017 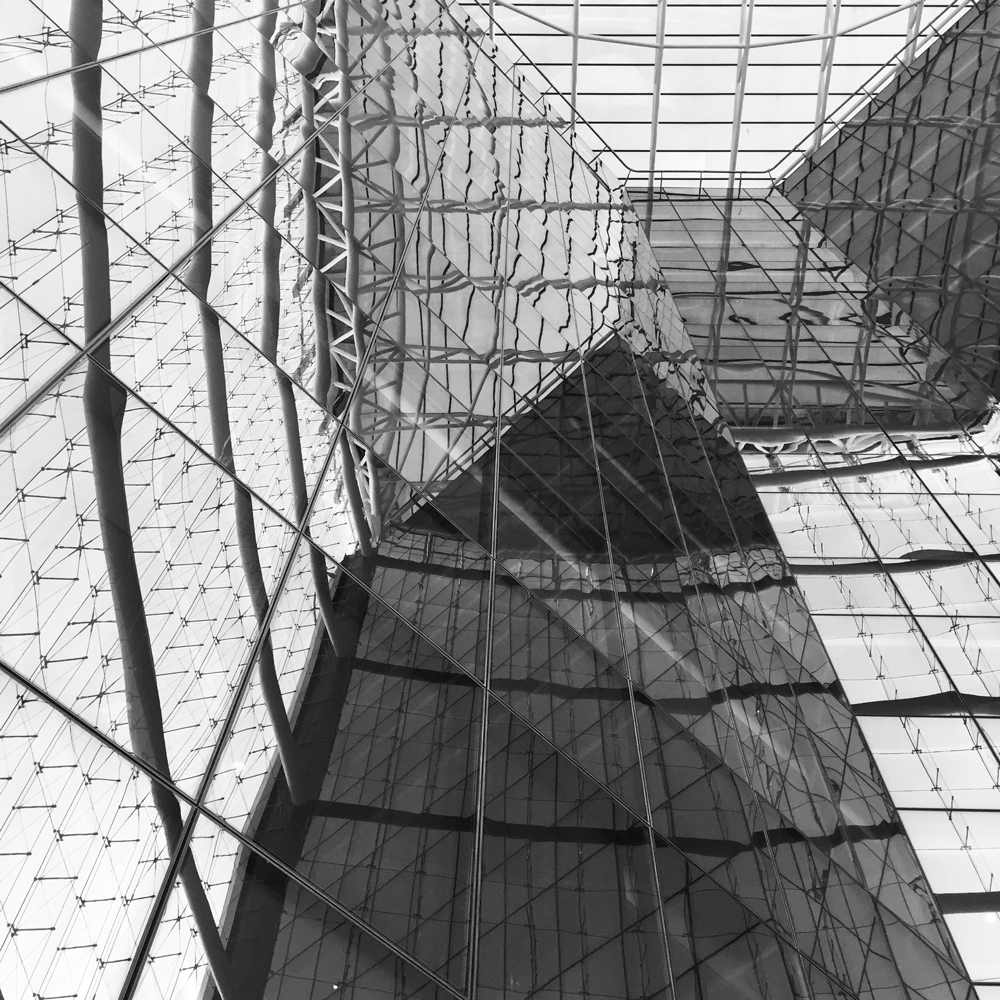 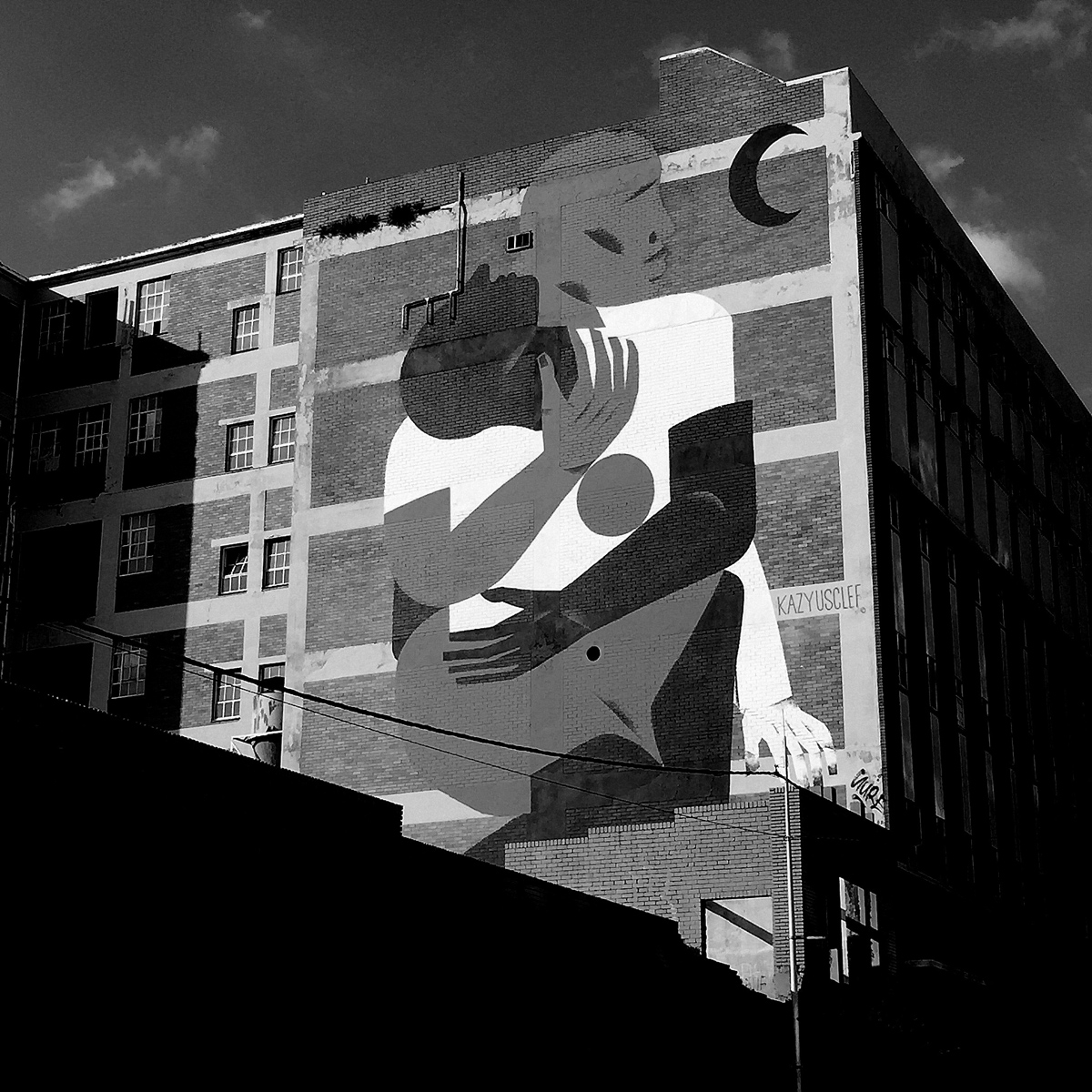 Inevitably, there’s a fragility to Maboneng; like Joburg itself, it’s a case of make or break:  Africa’s most international, cosmopolitan metropolis is also host to an unsustainable sprawl of urban slums and shanty towns. As Africa undergoes the greatest mass urbanisation in human history, Joburg bears all the hallmarks of “splintered urbanism”: the toxic combination of slum neglect and elite enclave urbanism.

Can Maboneng’s model catch on and arrest this decline? Kentridge’s idea behind the ‘Less Good Idea’ is that often the best of intentions founder, leaving us to deal with those unexpected second thoughts that emerge. But if the intentions behind Maboneng are left to founder, there will be no second chances in dystopia.

*Michael Hutak is a Sydney-based journalist and aid worker currently on mission in Southern Africa.

Hello From The Other Side… – A Letter from Johannesburg