People Have The Power Joanna Rix can do anything 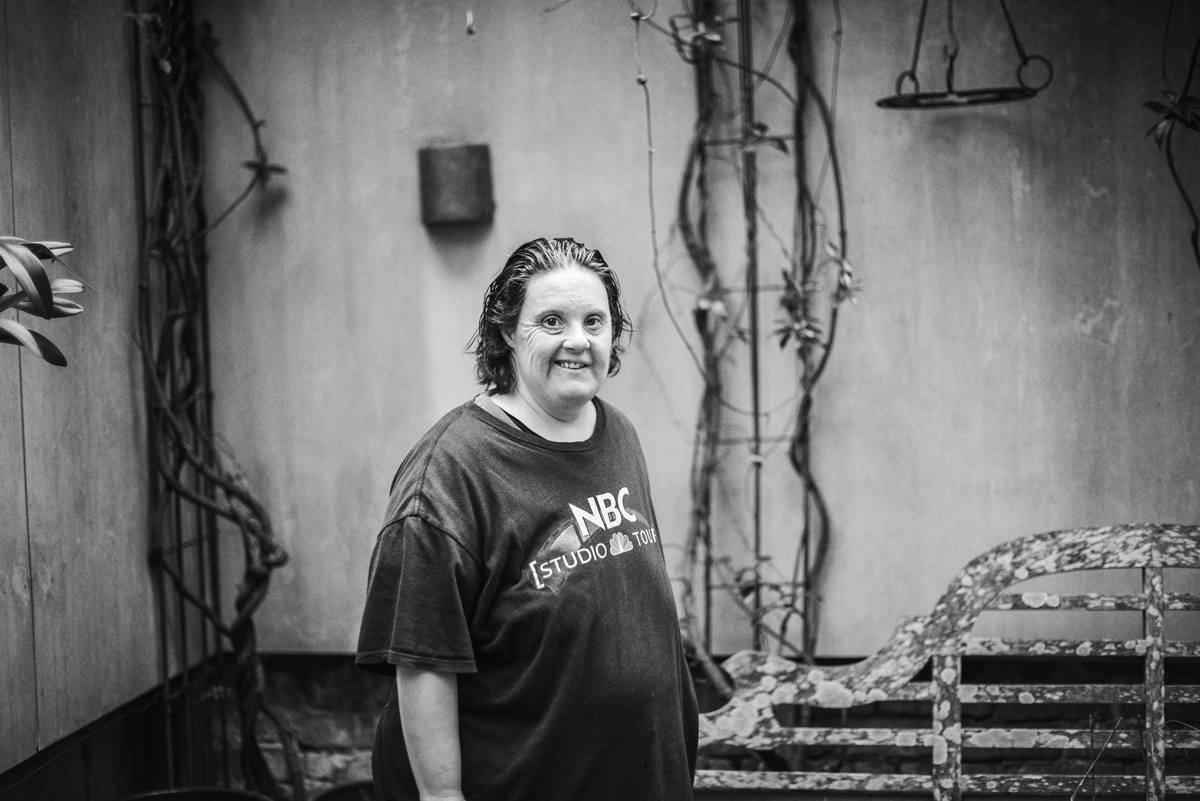 Listen to Joanna Rix talking about what she wants to be, as she sits sipping her cappuccino in her local coffee shop, and it’s easy to feel that anything is possible. The 39-year-old Annandale resident spends every waking moment working towards her goals. On top of a part time factory job she works as an usher for the Capitol Theatre, and as an office assistant at the National Institute of Dramatic Art (NIDA) where she also attends weekend drama classes.

Occasionally her passion overcomes her and she starts acting out flights of fantasy. As she talks about how much she loves Shakespeare – “I have all his plays at home”– she suddenly picks up her silent phone. “Jo speaking.” The conversation progresses till it becomes clear that she is playing the role of a famous actor talking to her agent. Call over.

She places her phone back on the table and says “I just won an Academy Award. I get phone calls all the time.” She winks.

We leave the coffee shop and Rix thanks the waiter. She tells him he is very good looking. “Do you know you could be an actor?” she says.

As we walk along the footpath towards her home, she talks about being bullied at high school. “Some people can be mean.”

A passer-by spots her and refuses to look anywhere else. Rix says nothing until he has gone. “On the subject of mean: it is in the way people on the street stare at you.” Rix was born with Down syndrome and a deep sense that she should be able to achieve her dreams. When it comes to acting, she has role models – Jamie Brewer from

American Horror Story, and Becky Jackson in Glee. Jayne Lynch from Glee is another favourite for a different reason.

“I am gay, and there is nothing wrong with being gay and having Down syndrome.” Her voice softens: “Being open and honest has helped me. It has helped me think about who I am.”

We enter Rix’s home – a private studio at the bottom of her parent’s house.  Shelves are filled with plays, books on filmmaking, acting and writing. She talks about her favourite works, and the lives of the writers who wrote them.

“I am writing a play too,” Rix adds, “and I would love to have it published.” She pauses, then with a burst of enthusiasm adds “acting and directing too. I am hoping for an agent, manager and a bodyguard.”

Like many individuals with special needs, Rix believes in her right for equal opportunities—an opinion that has been voiced widely in opposition to Pauline Hanson’s recent comments that autistic children should be separated in classrooms. Such disparities are reflected in the workforce where the Australian Bureau of Statistics reports that the labour force participation rate for those aged 15-64 with a disability was 54 per cent in 2009, much lower than those without a disability (83 per cent).

As well as her creative aspirations, Rix also wants to help people, and finds herself drawn to the Green Party policies. She would love to volunteer for them.

“I want to be involved,” she says. “I like what they stand for.” To her, their social policies are important, in particular those that support the disabled and their carers as well as the LGBTI community.

Another passion is her family. She is particularly attached to her four-year-old nephew Oliver to whom she has written a poem. In it, she says, “Ollie looks at me and sees the person deep inside me, behind my eyes.”

She talks about holding him in her arms for the first time as a newborn, and muses over the limitless possibilities her nephew faces:

In a room or space or stage and have respect,

He has rights to work and be paid, get a real job,

Get married to a woman or a man and have kids.

He can choose his own life.

Accessible Arts — is a non-for-profit organisation in Sydney that showcases and supports artists that have a disability.

Disability Advocacy Network Australia (DANA) is a leading body of support for disability advocacy and organisations.

People Have The Power – Joanna Rix can do anything

Automatic For The People Driverless cars in the age of the great motorway splurge
by Leon Batchelor
You can’t have a smart city with dumb projects.
Full Article
X