Breeding Grounds for Trouble Sydney has gone to the dogs 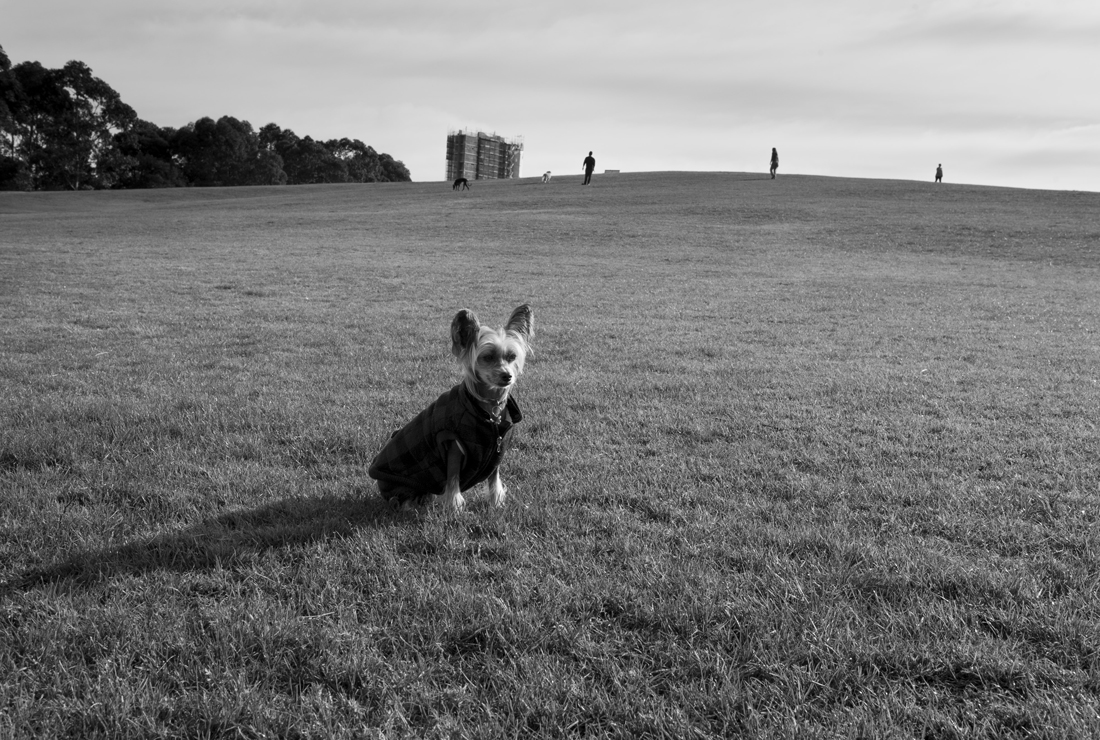 Our inner-city parks have become multi-species battle grounds. Daily and nightly, pet recreation, procreation and defecation – as well as the burgeoning businesses of pet day-care companies walking dogs ten-abreast in a tangle of leads. They nudge up against the rights, preferences and prejudices of exercising humans, personal trainers, corporate joggers, small children and elderly people with walking frames, among all manner of conflicting cross-cultural needs.

But, let’s be honest, it’s not all cuteness and love.

I’ve seen stacks of fights in the parks over pets. Certain owners take on their dogs’ battles, risk their own flesh to defend them. Some seem to make victims of their dogs, while some make them weapons or blankets. Others, I reckon, are “breedist” based on their aesthetic preferences: skinny v cuddly; large v small; long haired v short. Subterranean conflict zones abound when it comes to pets. Add small children to the equation and it can turn into Armageddon. Parents of pets sometimes think their babies are as entitled as human children. Parents of toddlers sometimes find this an affront – not to mention a health risk to their progeny.

Over the last 12 months the City of Sydney has received 493 complaints about pets. Of those, 264 were for stray dogs and cats, 130 for dog attacks, 54 for feral cats and 45 for dog droppings. The council issued 284 cautions, mostly for dogs off leash and 30 infringements for dogs out of control. The $14,410 value of these pet-related fines isn’t a patch on the $30 million the city collects for parking fines on behalf of the NSW Government. But a City of Sydney spokeswoman tells me it’s not meant to be. “We take more of an educational approach regarding dogs and cats,” she said.

Of the 12,594 registered dogs in the City of Sydney, Toy Poodles make up 599, the highest number of a single breed. Toy Poodles are said to be intelligent, trainable and not prissy. The next most popular are Pomeranians at 574. ‘Poms’ – my research showed they’re called – are meant to be sociable, active and extroverted.

I would have put my money on French Bulldogs being the most popular breed. But while Frenchies may not be top of the pops, it turns out the City of Sydney does have quite a few of them: 357. They are a breed known to be playful, affectionate, lively and keen. From experience, I’d add Frenchies’ll eat anything – including a life-threatening-surgery-requiring local angler’s caught fish complete with hook and sinker with rod still attached. Or a deadly jumbo block of Toblerone requiring a good, expensive stomach pumping. The French Bulldog boom in inner Sydney has become a topic of mirth among my friends and family, some of whom own them themselves. Disclaimer: I am the aunt of a French Bulldog. He has his own bowl at our house.

I tell the helpful City of Sydney spokeswoman that the locality’s entire French Bulldog population must then surely live where I do, in or around Potts Point, Elizabeth Bay and Kings Cross. But the racial profiling of pets doesn’t get that granular. So the spokeswoman can’t confirm my gut feeling without rejigging the Excel spreadsheet information, which does seem a waste of ratepayers’ money.

On any Saturday at the Kings Cross market it feels like there are more designer dogs than people. Where there are apartments, there are small dogs. And where real estate is expensive, there are trophy dogs. Not all owners are pet fashionistas but plenty are. The sight of a dog owner – phone in one hand, leash in the other, eyes God knows where – dragging their pet along the footpath, oblivious it’s airborne between rushed tiny steps, could easily be a scene – with me in it – out of Portlandia.

An owner once giggled in Macleay St Potts Point when I told him his new puppy couldn’t keep up. I’m known for grumpy interventions like that. It’s a tendency that recently led a friend to dub me “Annoyed, of Elizabeth Bay”. Once the regular target of disapproving elders, now I’m the naysaying Grinch. Recently I chased the yummy mummy of a large dog to get her to pick up after it. Someone has to take responsibility in this war zone of conflicting affections.

Breeding Grounds for Trouble – Sydney has gone to the dogs 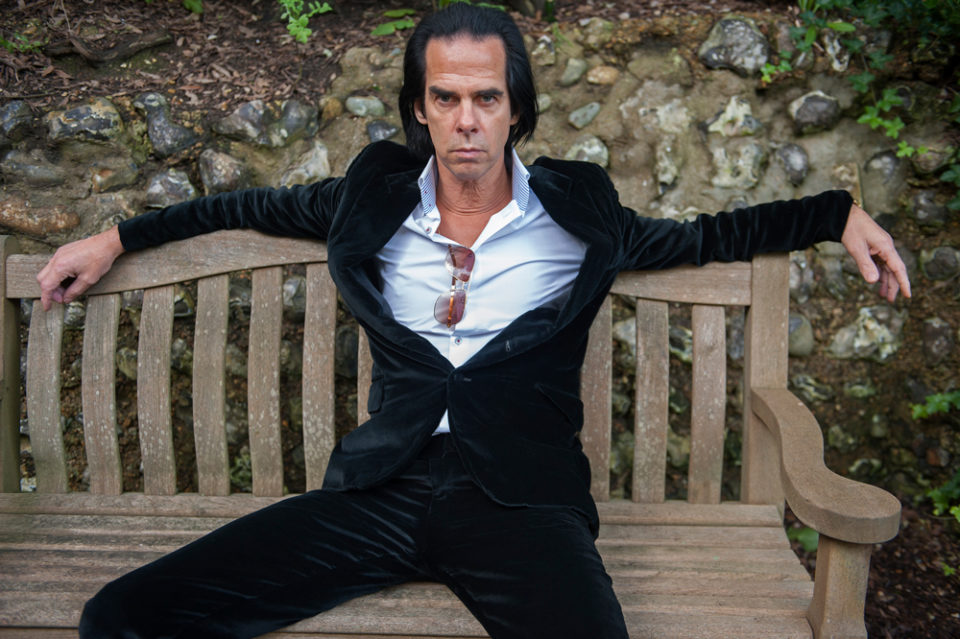 Nick Cave Premonitions of Love
by Mark Mordue
“The impulse was to hide. But it turns out that being forced to grieve openly basically saved us.”
Full Article
Expression
Crossword Solutions 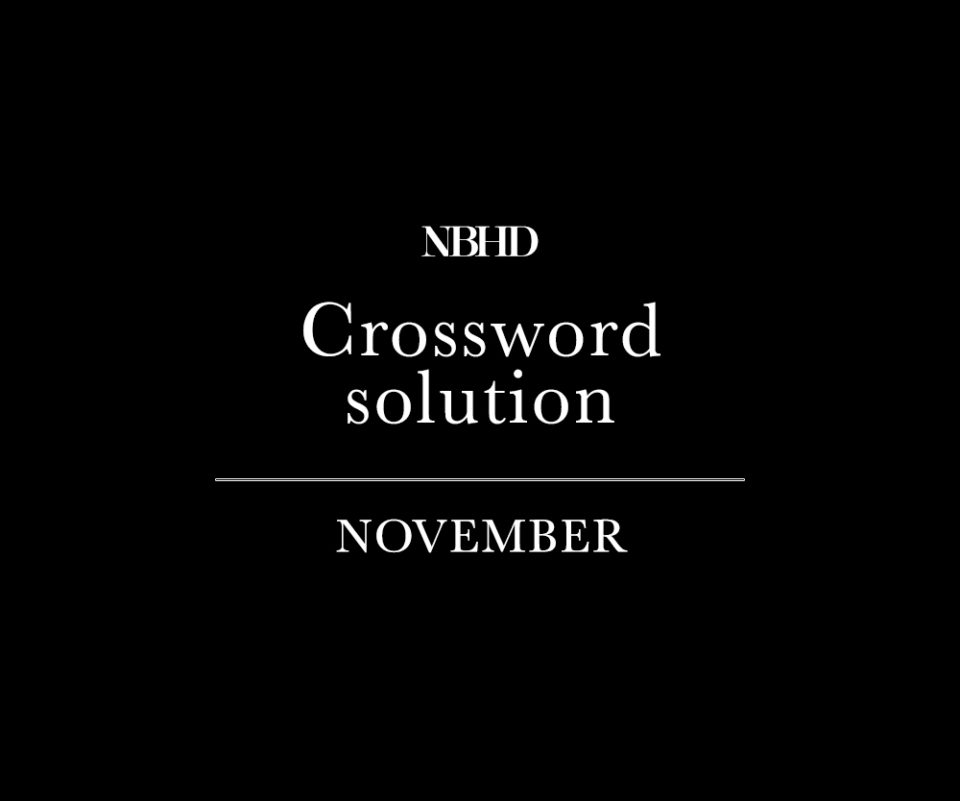 The Sound of One Hand Clapping Sporting big business has secured $2.5 billion from the NSW Government to rebuild all of Sydney’s major stadiums. The public are not applauding.
by Leon Batchelor
Moore Park, Allianz Stadium, ANZ Stadium, Alan Jones, the SCG Trust… it’s a complicated game.
Full Article
X