The End of the Road An elegy for Parramatta Road 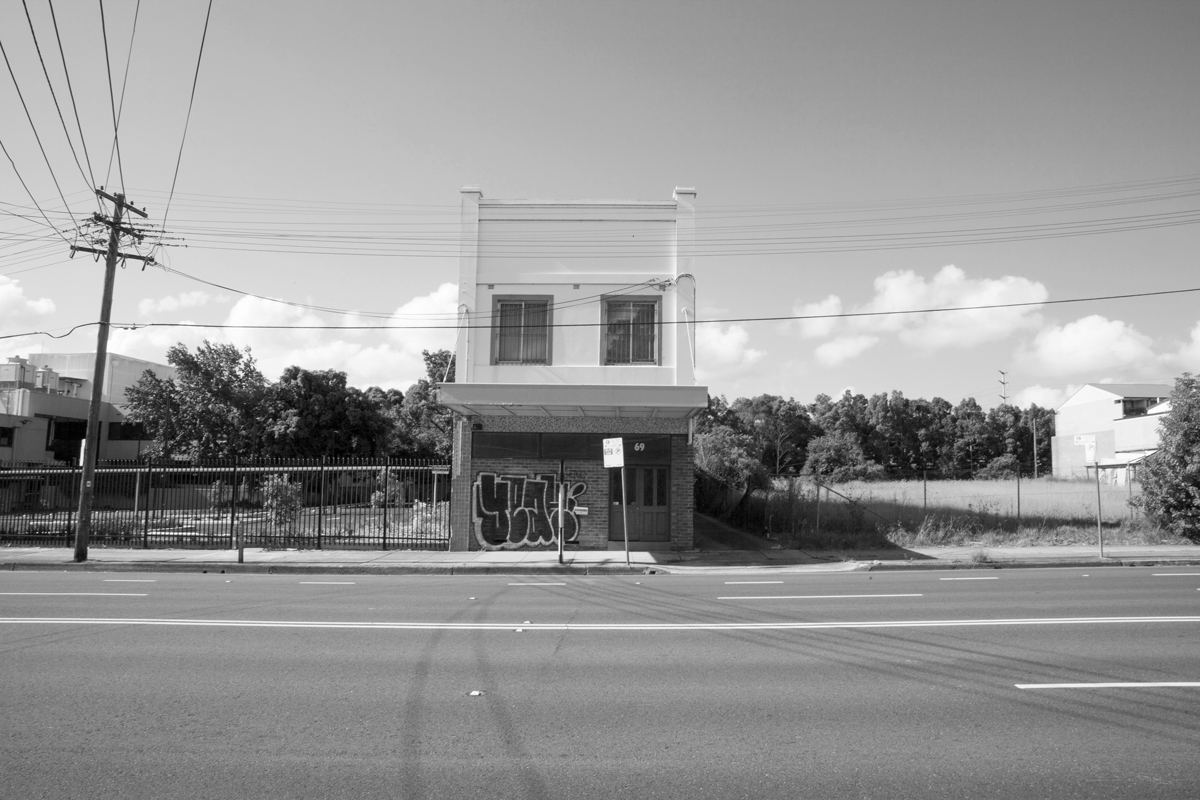 It’s a lousy commute. An average of 100,000 cars drive down it every day. There are almost no trees. The only way to take Parramatta Road is with grim determination, hemmed in on all sides by buses, trucks and fleets of snarling motorcycles, past the empty and abandoned shop fronts choked with ‘For Lease’ signs and layers of graffiti, past clusters of wedding dress shops and the blacked out facades of brothels, past the crumbling detritus of industry. You can drive the 20 kilometres of highway a thousand times and learn nothing about it, other than that there is little beauty to be found. And even less with the sun-flare in your eyes if you happen to be driving in the late afternoon.

It begins at the southern edge of Sydney’s central business district, just south of Broadway, and heads in a roughly straight line through Glebe, Camperdown, Annandale, Petersham and Leichhardt, before bearing west through Haberfield and onwards to Ashfield, Croydon, Burwood, Strathfield, Homebush, Auburn, Granville, and finally to Parramatta, which bills itself, in a recent marketing campaign, as “Australia’s next great city”. The road was originally built by convicts over Aboriginal walking paths. By some accounts, it’s Sydney’s oldest.

Parramatta Road has a specific frisson: of dirt, of decay, of the sense of having arrived too late. Talk to the locals, and they’ll tell you that Parramatta Road has always been like this, and in the same breath they’ll tell you that it used to be different — that it used to be livelier and grittier and more vibrant, back when there was a movie theatre attached to the Olympia Milk Bar, back when The Annandale Hotel had bands playing six nights a week. Maybe it’s just nostalgia.

John Halsey, whose framing studio Framemart does a steady trade out of a heritage shopfront, has heard about the state government’s $198 million redevelopment plan, but doesn’t put much stock in it. “The thing is, for the 23 years we’ve been here, they’ve been talking about fixing up Parramatta Road, and nothing’s happened,” he says. While the road hasn’t changed, Halsey has seen a shift in the surrounding suburbs — property prices going up, shops closing, less people renting. It feels a bit dead now, he thinks, so if the government is actually going to follow through on their promise, he’s all for it. “It can only be an improvement, you know?”

So the state government hopes. The Parramatta Road Urban Transformation Program, led by UrbanGrowth NSW, sets out a vision for the corridor to be realised over the next 30 years — streetscape upgrades, new urban plazas and town squares, more walking and cycling paths, and the construction of an estimated 27,000 new homes. Petersham Street will be transformed into a pocket park between Parramatta Road and Queen Street. A dedicated cycling path will be introduced on Pyrmont Bridge Road. Tree planting, improved lighting, and new street furniture will see the city’s most maligned stretch of highway transformed.

Vera Nadile’s speciality coffee business Euroespresso has occupied the same space on Parramatta Road for more than 30 years. She describes UrbanGrowth NSW’s plan as “utopian” and doesn’t mean it as a compliment. “If we’re going to revitalise Parramatta Road, the simplest thing is to revitalise what already exists. We already have footpaths – we need to improve them. We already have shops – we need to help those shops by making the real estate affordable.” She believes that if making Parramatta Road pedestrian- and bike- friendly comes at the expense of drivers being able to park their cars, it will mean the death of speciality stores like hers. “As soon as they put in clearways, a lot of businesses will have to close down.”

Down the road at The Vintage Record, sitting amongst shelves of LPs and 45s, Phil Thomson is sceptical for different reasons. He sees the redevelopment plan as part of a larger trend of homogenising the city. “There used to be a thing in the middle of Sydney called the Broadway squats,” he recalls. “Before the 2000 Olympics, they cleaned out the squats and all the posters got pulled down, all the graffiti got painted over — we called it a white out. In a lot of people’s eyes, the city never recovered from that. They might want to push that redevelopment kind of idea but you’ve got to have a balance — they’ve gone way too far one way in areas around Ultimo, where they haven’t redeveloped, they’ve gentrified, and they’ve pushed out the soul of the city.”

For Thomson, Parramatta Road isn’t the blight that people say it is. “If all people want it shiny and new, then yeah, it’s horrible. But if you don’t look just at the scars, and you look at what else is on Parramatta Road, it’s not really as bad as people make out.”

Certainly, it’s a place where oddities proliferate. Everyone has a theory about Nicholas Fotiou, but no one knows why he keeps the decrepit Olympia Milk Bar open day in, day out, with barely any stock and no lights save for one fluorescent bulb at the back. Equally mysterious is the costume shop with a giant swan mannequin in the window, which doesn’t appear to ever be open. At Recycling Works, an overflowing vintage furniture store, the genial purveyor drinks red wine from a plastic cup and burns endless sticks of incense to mask the smell of his chain-smoking. There’s Jura Books, an anarchist bookshop with a 40-year history, a fencing studio, and a Chinese medicine centre emblazoned with the slogan DON’T TELL ME WHAT’S WRONG WITH YOU BECAUSE I WILL FIND OUT AND TELL YOU. It is unlike any other road in Sydney.

The redevelopment promises a more liveable version of Parramatta Road — more green spaces, less traffic, more cycle paths, more homes and an estimated 50,000 new jobs. But in a city where money talks, the feeling amongst the locals is that it will come at the expense of everything that makes the area unique. “Where are the people like me gonna go?” asks Thomson. “That’s a question I don’t have an answer for.”

The End of the Road – An elegy for Parramatta Road 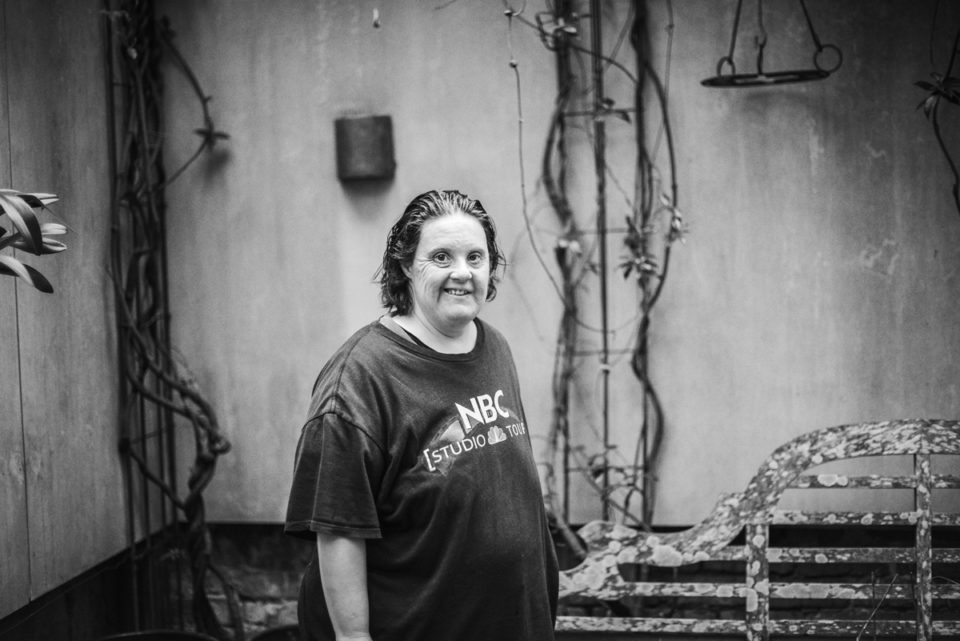 People Have The Power Joanna Rix can do anything
by Hannah Bent
Fifty-five per cent of people with disabilities working in the arts are self-employed.
Full Article
Issues