Volcano Dogs A Letter from Vanuatu 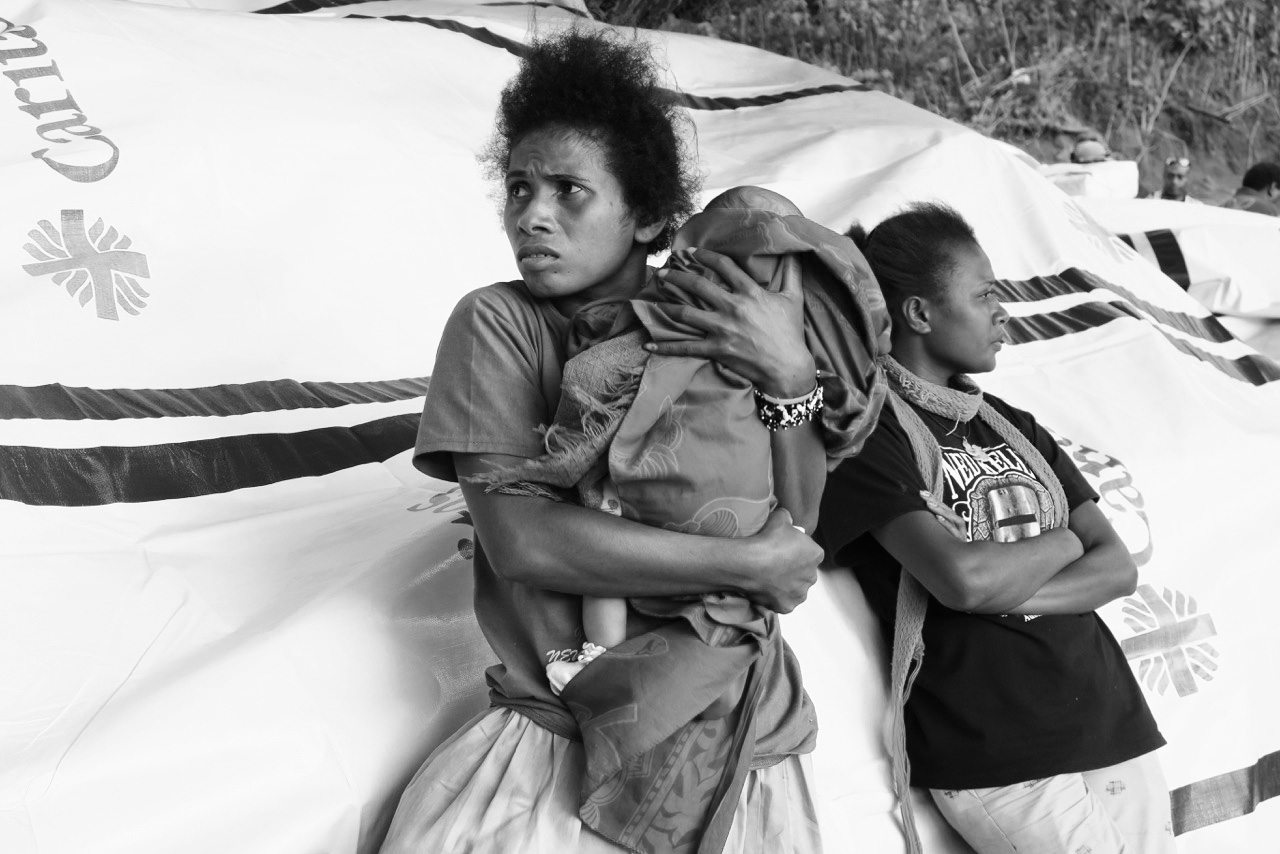 Dogs sense earthquakes before we do. There’s even an apocryphal story of how dogs in the Andaman Islands off India headed for the hills and saved themselves from the 2004 Boxing Day tsunami. The truth is there are always dogs in a disaster, skirting and scavenging on things you don’t necessarily want to see. Hunger brings out the beast.

But on my last night on Ambae in the Pacific, after the whole island of 12,000 had evacuated as its volcano was erupting, the dogs did something different.

There was just me and a handful of police and officials left at the northeastern provincial headquarters near the Lolowai port. I’d watched landing craft and rusty barges sent from all over Vanuatu come take the Man-Ambae to hastily set up camps in the neighbouring islands over a couple of days, in what was described as a Dunkirk style operation.

It was a hot but orderly affair, rendered strange because there were none of the usual signs of disaster around. The sky shone blue, there was no ash in the air, no menacing rumble. Not even the pungent nose-invading sulphur air I’d found around other volcanoes like Yasur in Tanna. There was danger but it felt very intangible.

Mount Lombenben had moved to Level 4 alert when one of its crater lakes, named Manaro, starting to pour downwards into the burning vents. Volcanologists worried that if the lake completely collapsed and all the water went down, it could mix with gases and lava and explode. 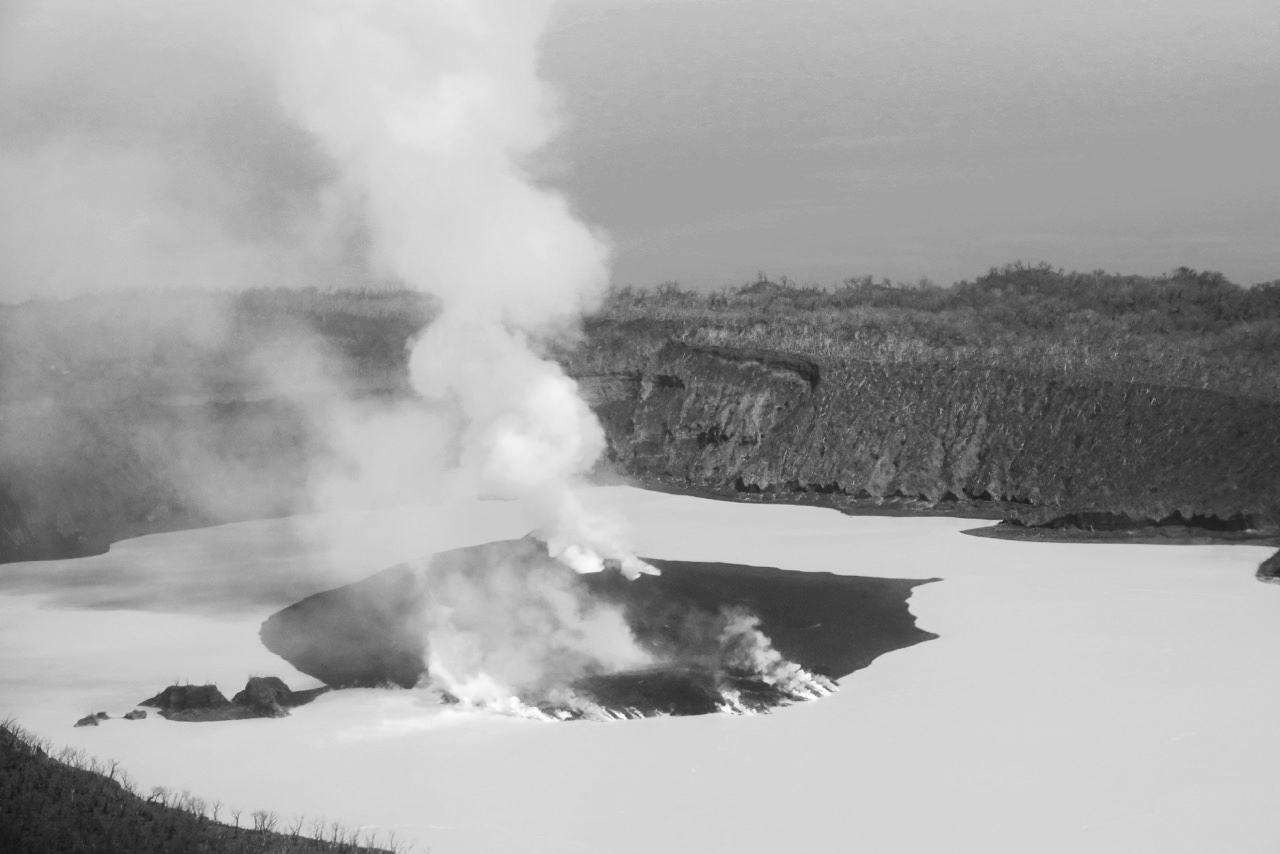 “We had to leave home because ash fall was on our crops and spoiled our water,” said Rosemary, holding her 3-year-old who was gnawing on a navy hardtack biscuit as they waited for a barge out. People were anxious, not knowing how long they’d be away and what would happen to their animals. I could see distress in the old men who’d left their prized pigs behind. Pigs are revered in Vanuatu – a pig tusk is on the national flag.

On the last evening, as I’m uploading photos, a local teacher sings out to join him for kava outside. In the dark, we raised shells of the peppery liquid valium and called out, “Ahwoooo!” (a kind of “Hello ancestors!”). We spat as our gums began to go numb. We were aware of a particular sensation that ensues when a place has been suddenly depopulated.

It is when I am sensing the heaviness of it that we see a pack of dogs approaching. I’m a dog person – but alert to when the flick gets switched to wolf pack.

Instead they come whimpering to me, singing on their hind legs with front paws on my chest. They wrap themselves around my legs in a tenderness that speaks of fear and bewilderment. All their humans have gone. In a few days, hungry, they will start going wild. Those cows I saw tied up, the pigs and chickens who have gone bush… its back to animal kingdom time now as island goes feral. What happens to them? How will they react when the humans return? 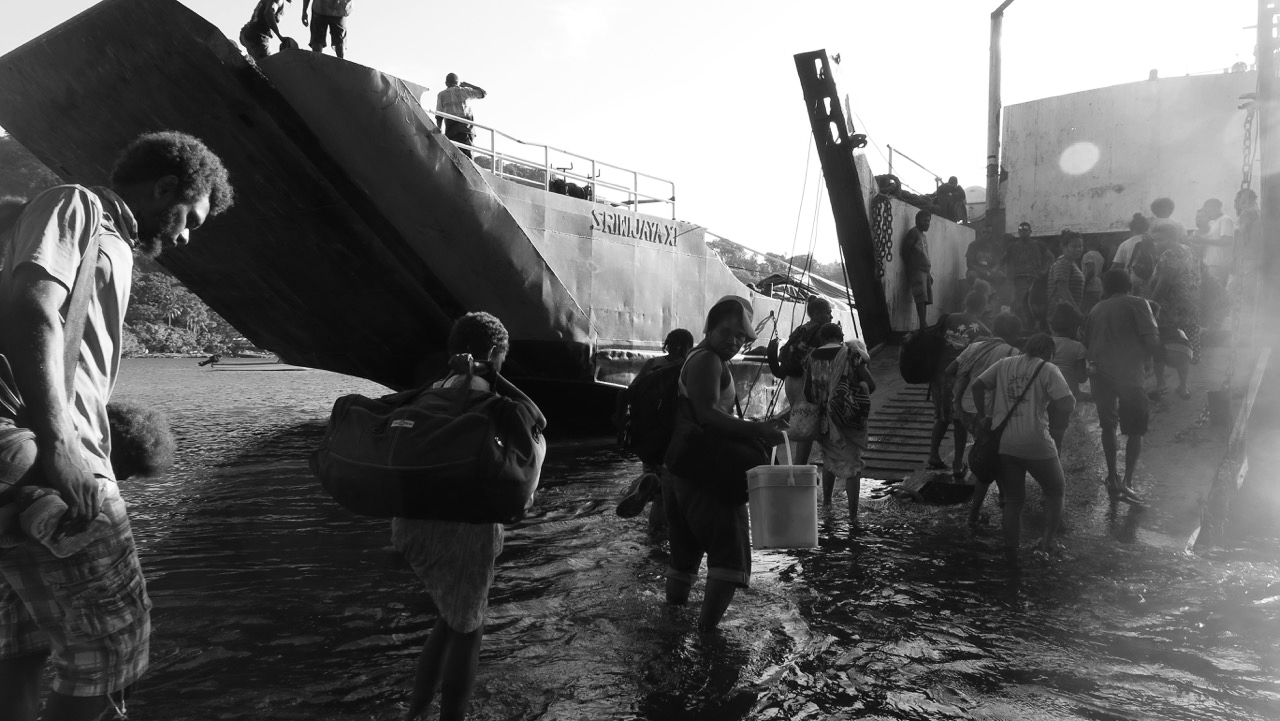 The dogs’ bewilderment and desperate affection lingered with me as I flew out the next day on the last flight. There was no view of the smoking lake. A thick cloud bank covered the entire mountain and went well out to sea, forcing us to fly low. I arrived back home to Port Vila on the day Australian, French and New Zealand Hercs starting landing, with two RAN ships a day away. Australia deployed nearly 400 personnel and provided $3 million as part of Operation Vanuatu Assist, much welcomed by the locals.

This week the Vanuatu government resolved to send everyone home after a month off the island. I wonder how many dogs are waiting at the port.

Volcano Dogs – A Letter from Vanuatu

Walking Home A Letter from London
by Will Self
The city seems to be both rapidly reconfiguring, and moving somewhere – although where I’m not entirely sure.
Full Article
Issues
Correspondence