Being There Drawings at Wylie’s Baths 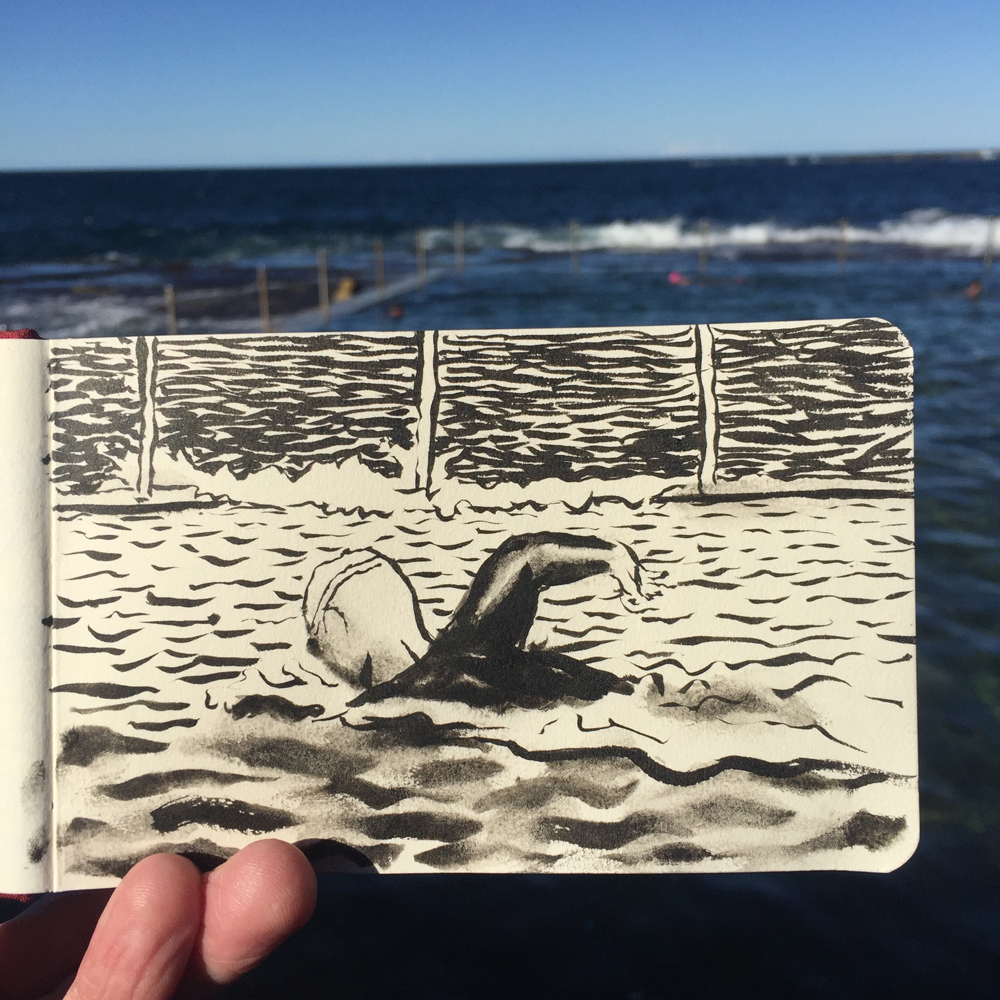 Ever since I started swimming at Wylie’s Baths I’ve been making drawings there. I have about a thousand by now.

I swim at Wylie’s three or four times a week through the year. I do it for my physical and mental health. I’ve been doing this for fifteen years now, ever since we moved back to Sydney from New York.

We lived in New York for eleven years and in New York I used to swim in a pool at the Young Womens’ Christian Association. The YWCA pool is in the basement of a big building, it’s a half-size pool, it’s heated and it’s chlorinated. I never did any drawings there. Wylie’s is an ocean rock pool, it’s salt water, it’s outdoors, it’s in the sun. It is a beautiful place to draw.

Mostly I do my Wylie’s drawings in one of the small sketchbooks I always carry with me, and mostly I do these drawings with my Japanese brush pen or a pencil. Sometimes I take a big sketchbook to the pool and some charcoal pencils or watercolours.

I’m a bit of a compulsive drawer. Luckily there always seems to be something to draw at Wylie’s – the swimmers, the rocks, the wooden deck, the water, the waves. It’s very good for someone who likes to draw. It’s also a nice change from coming up with ideas for cartoons which is what I’ve done for a living for the past thirty-five years.

At Wylie’s I just try to make a beautiful drawing of what I see in front of me. By now I could probably do a pretty accurate drawing of Wylie’s from memory. But what I enjoy most is drawing it while I am there.

Matthew Martin is a cartoonist, illustrator, and dedicated drawer. His drawings have been published in newspapers, magazines and books in Australia, the UK and the USA. His framed ‘100 Views of Wylie’s Baths’ was a finalist in the Dobell Prize for Drawing at the Art Gallery of NSW. He lives with his family in Sydney. 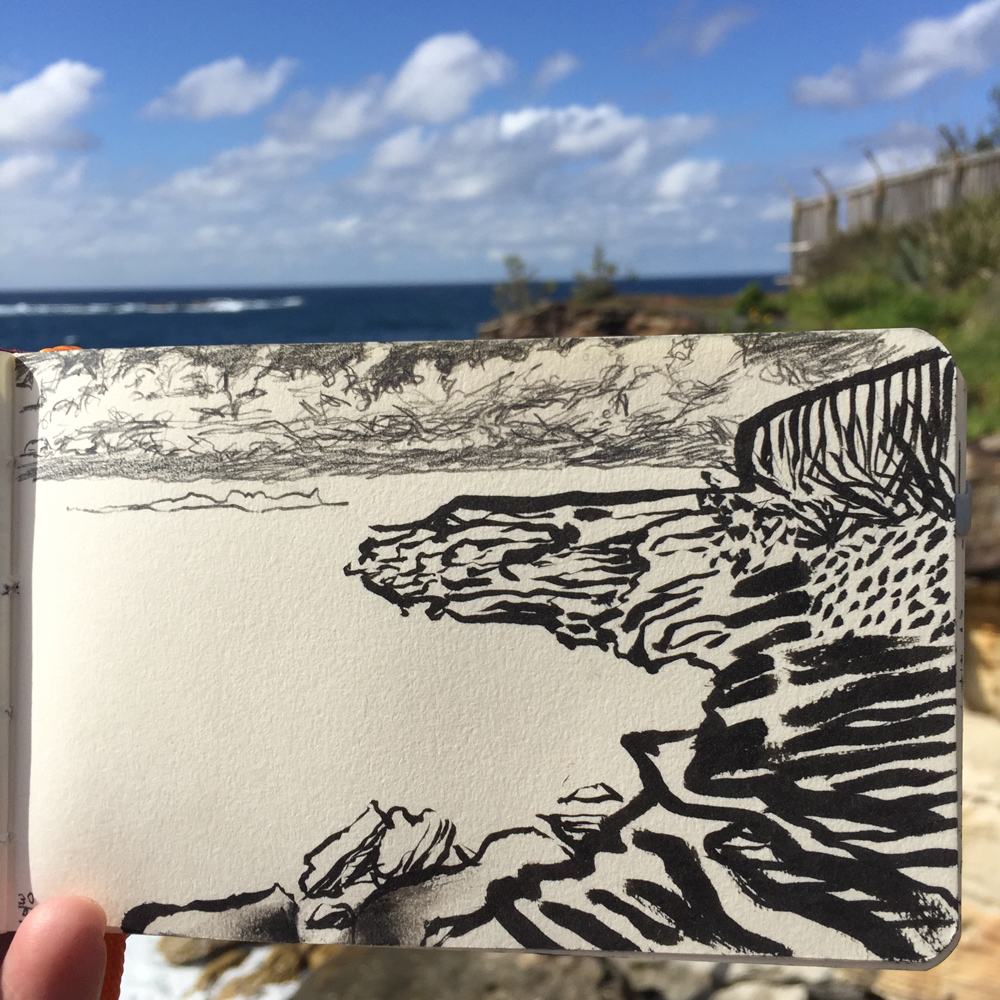 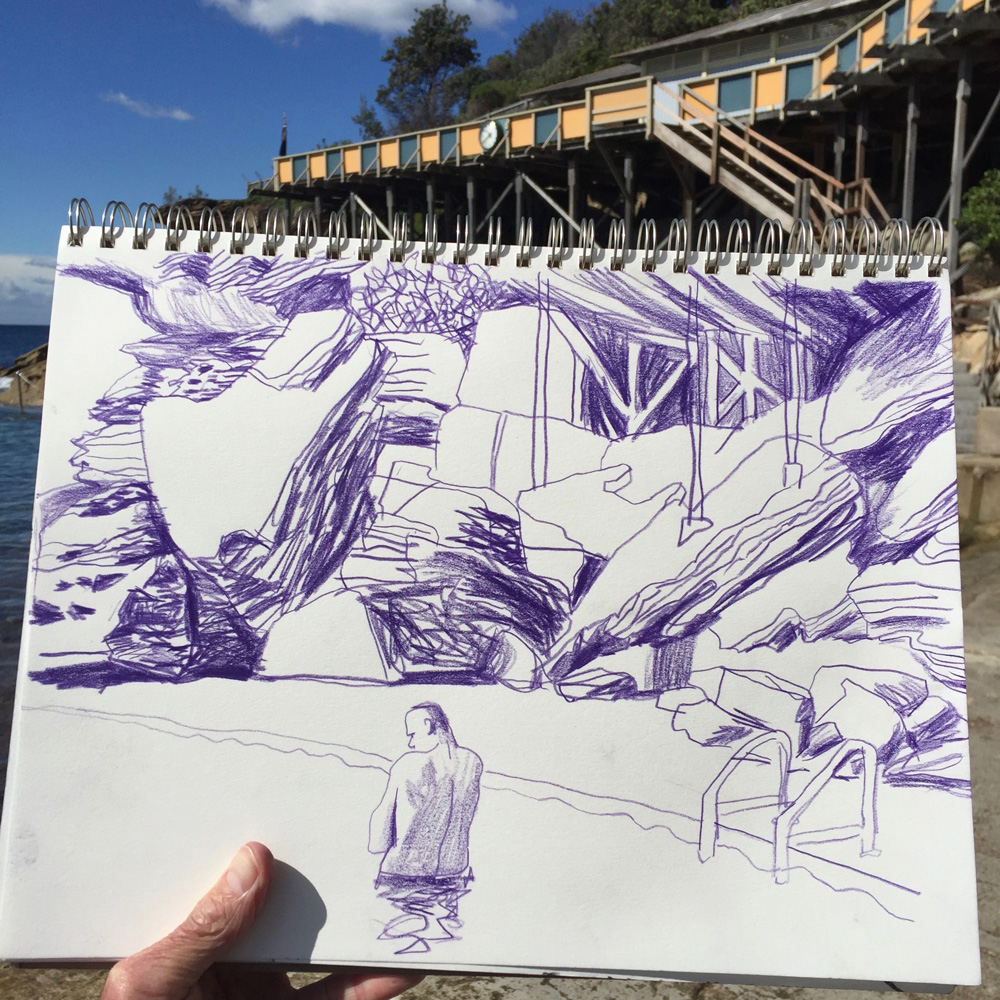 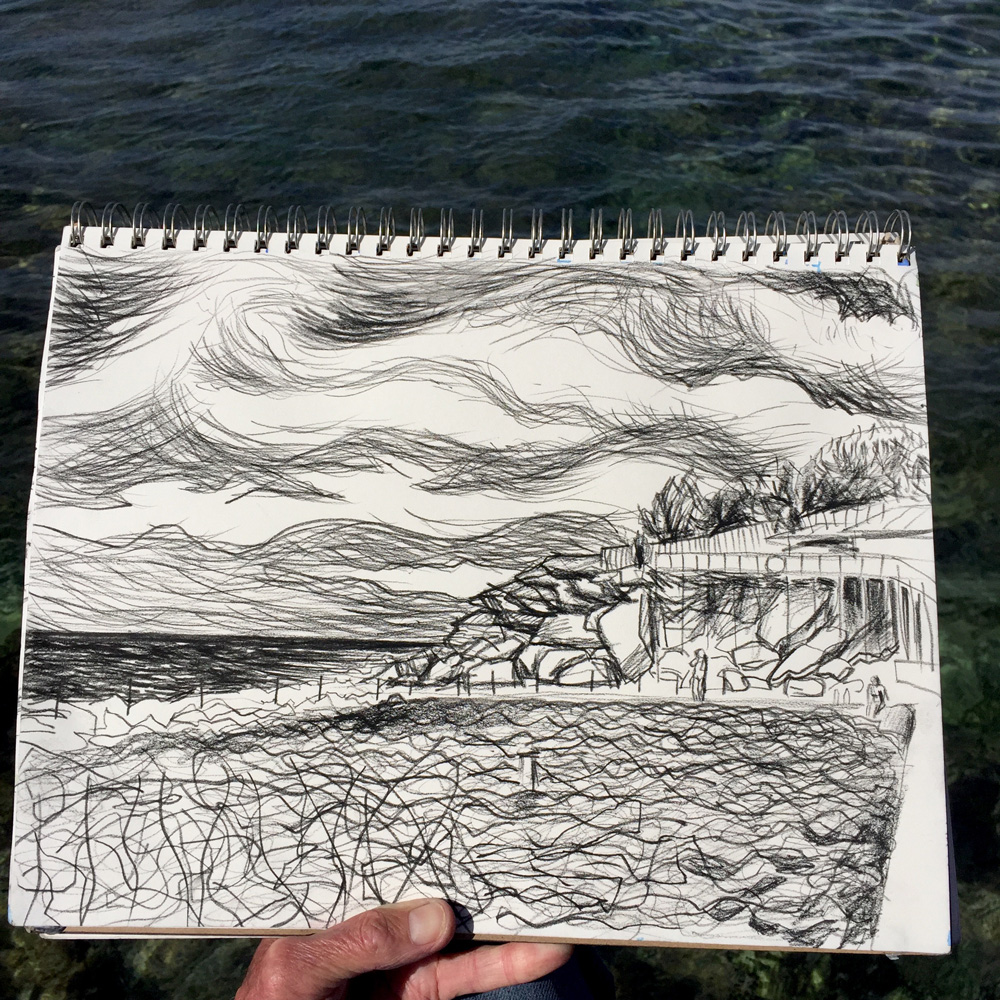 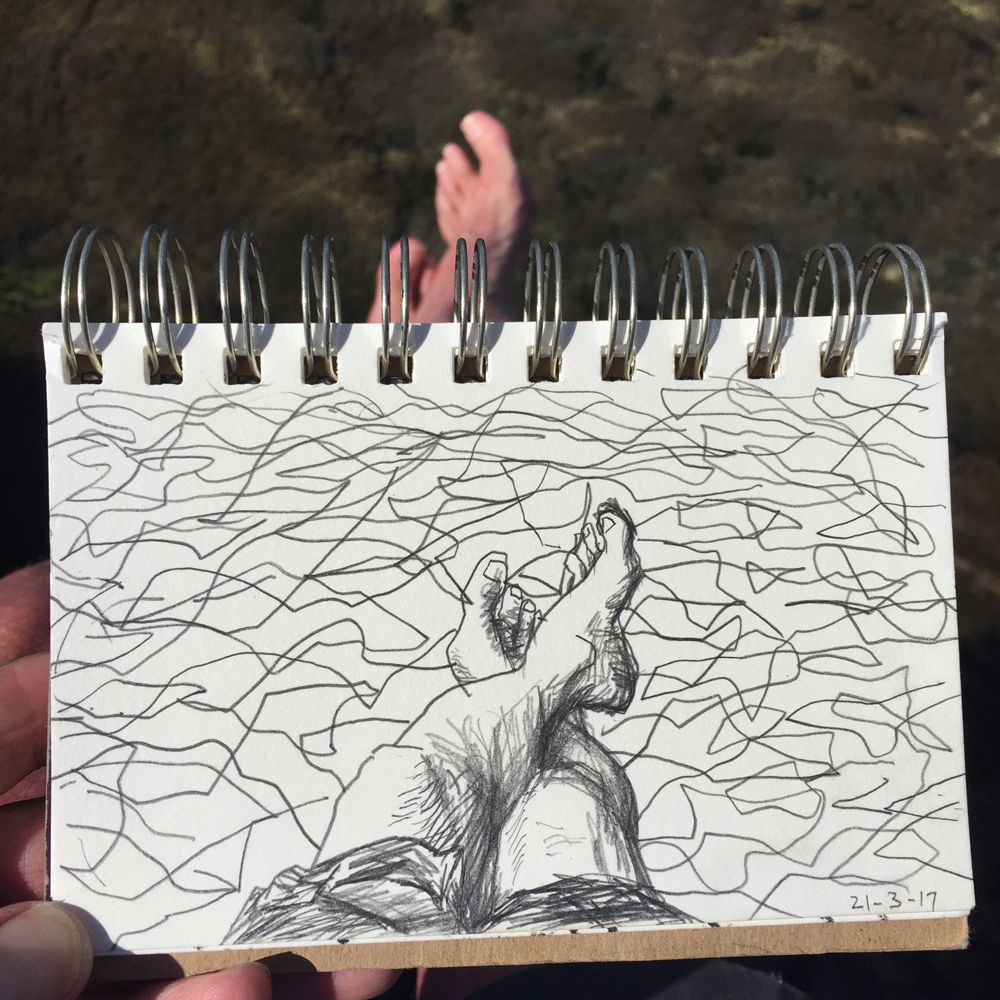 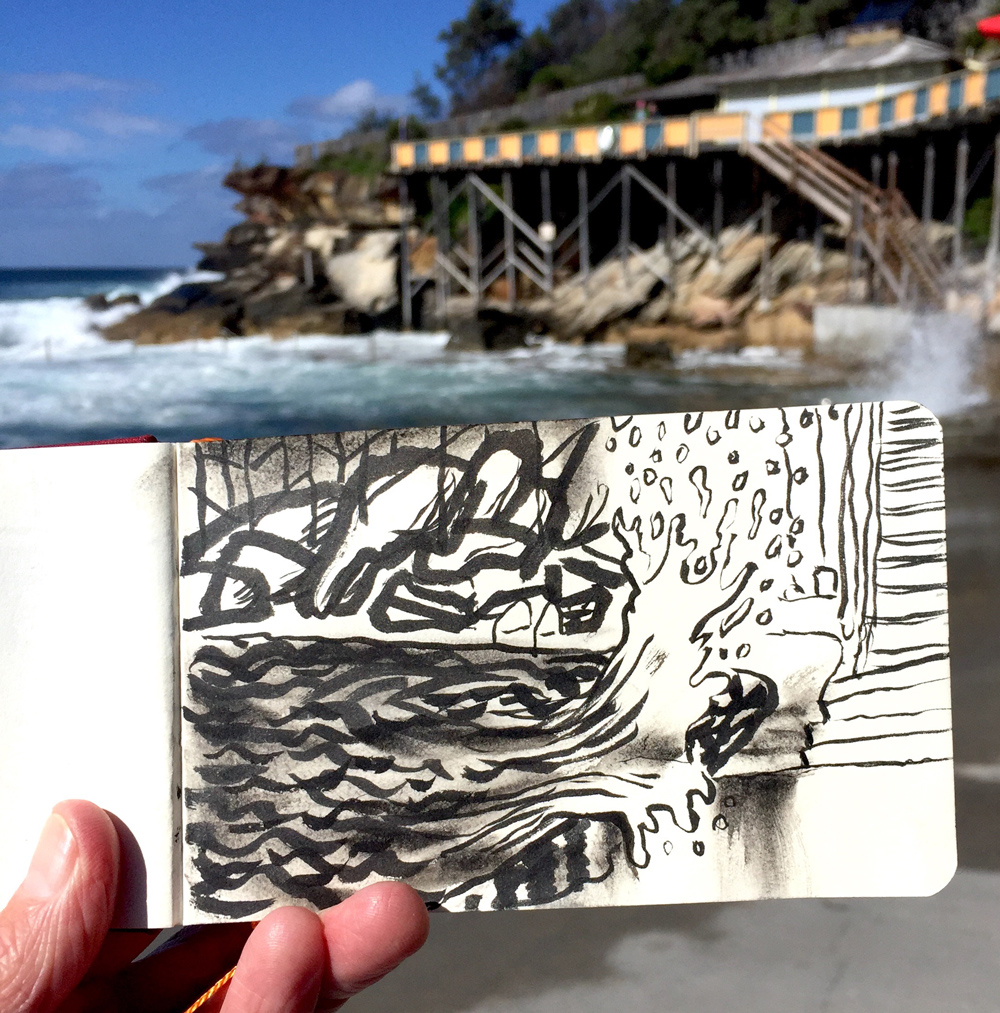 Daydream A profile of the artist Ingrid Gerhard
by Chloe Hava
“I wanted to capture that isolating feeling of figuring out who you are and gaining independence.”
Full Article
Culture

Totalitarianism Today ‘1984’ at the Sydney Theatre Company
by Alex Tighe
"You don’t need to cut out the opposition's tongue if the opposition keeps their tongue in their mouth."
Full Article
Issues
Correspondence