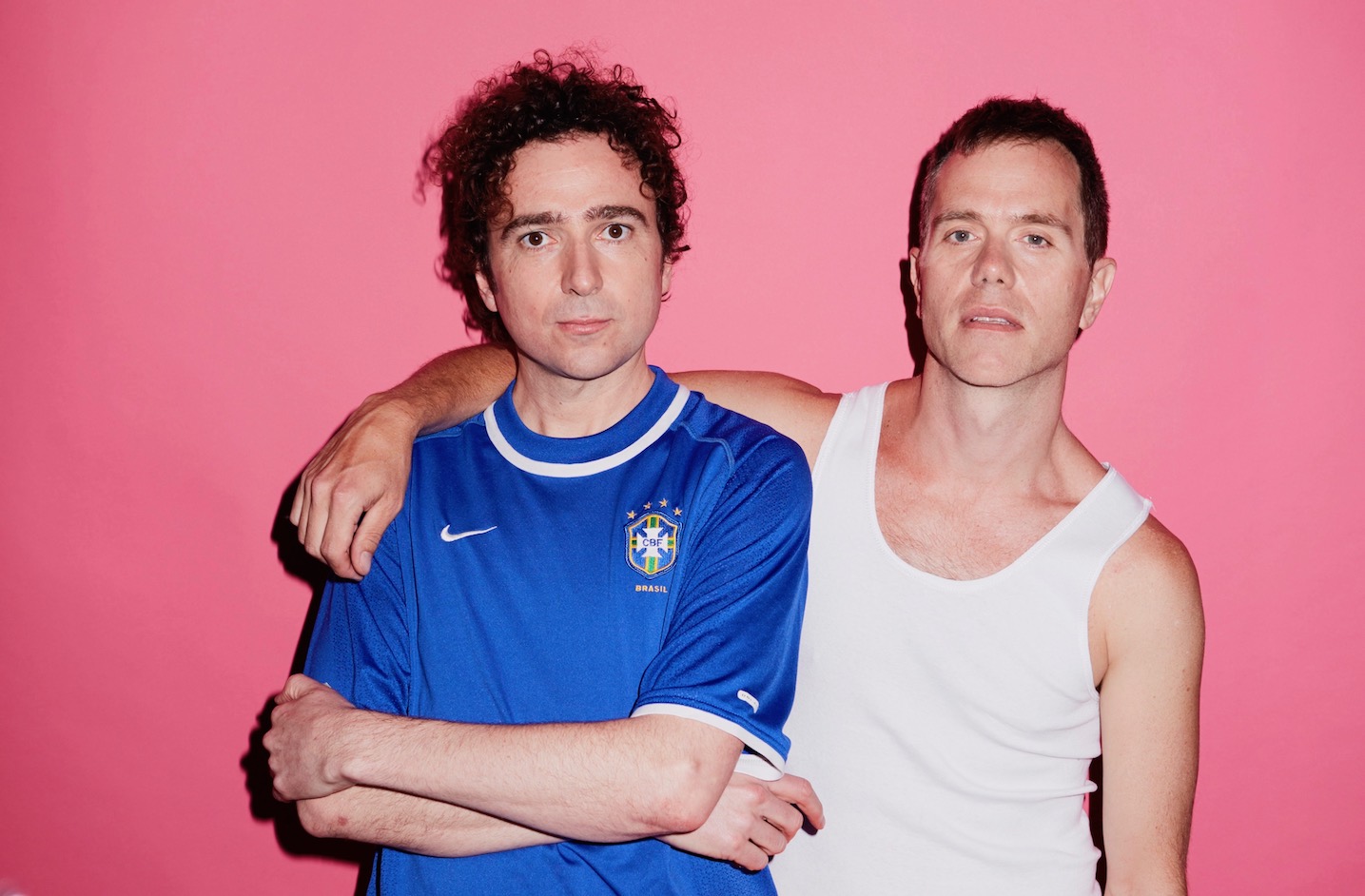 It was always beers, or speed and beers. Now it might be ’roids and beers, but the principles are the same. Masculine and leaning into your face with a rictus grin or a curled lip snarl – the latter only one wrong word from the former – pumped up for hours on the smell of underarms and football clubs.

It doesn’t need a guitar. It doesn’t need a sticky carpet. Blokey electronica is, like blokey rock and blokey country, all about the balls, the balls, the balls. And when The Presets returned late last year with a single, ‘Do What You Want’, that came at you with the rigid rhythm crunch of Rose Tattoo and a slash of guitarish sounds that might be the Angels, there was more than a whiff of testosterone hanging around it.

Three minutes and one second of arm curls and squats, of gripped steering wheels and declarations that “it feels better when you do what you want”. Mate. Maaate. You wouldn’t want to get in the way.

And this album, HI VIZ, is a play to basics, Julian Hamilton and Kim Moyes have said. Strip the melodies back, prune the politics, push the elemental force forward, cut the language down to essentials: if you can build a song around one or two lines, you’re on track. So “tools down, pump it up/back to the front, poke it out”; “I like to listen to Beethoven/Everything I’ve ever wanted, everything I’ve ever needed”; “One for you and one for me, can’t you see how easy this can be”; “Martini …. Martini …. Martini”.

Blokey? Oddly enough, not at all. In fact the shoutiest voice on the album belongs to producer/singer/DJ Alison Wonderland and even then her track, ‘Out Of Your Mind’, rolls her out over an almost dinky-Casio hook.

Undercutting the Teutonic declarations in ‘Tools Down’, is the huge grin the song wears, as if shouting out loud, yes we know it reminds you of “I’m too sexy for my shirt”. Playing against the squelchy spirals and warped bass sounds of ‘Are You Here?’ is the second summer of love vocal line provided by DMA’s. And in the middle of the record, an African choir raises hands as a Chic bassline lowers hips in ‘Downtown Shutdown’.

Macho electronica is as tiresome as macho rock: simplicity being their tool of choice and pummelling repetition the unskilled labourers. This was a trap set for The Presets by The Presets.

But then would blokes begin the album with ancient video game sounds, or have their faces smeared against glass and amid party detritus, half eaten donuts, cloth dolls and gold chain links on the cover? And no beers in sight. 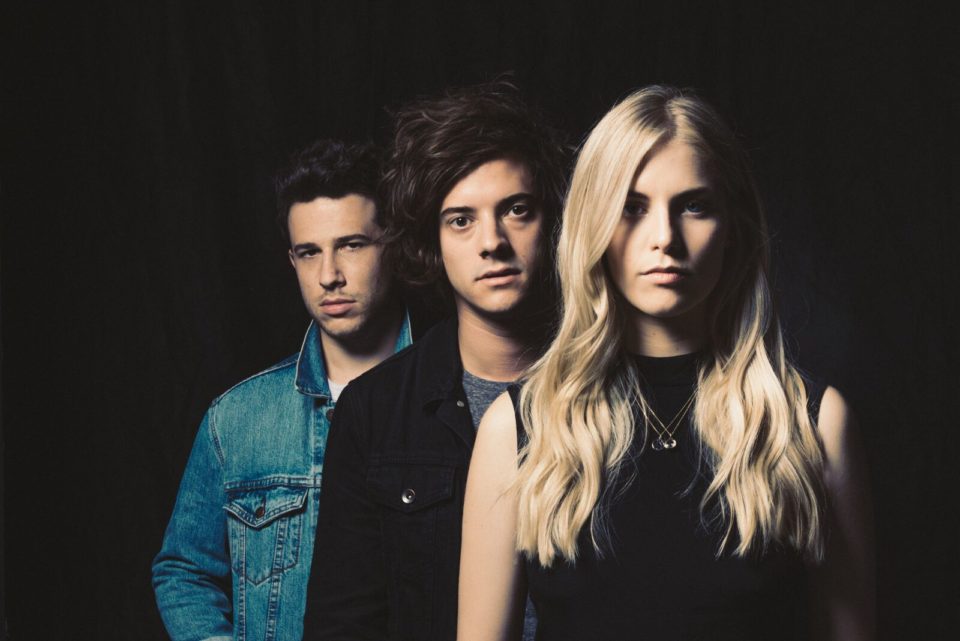 Truth and Beauty London Grammar outgrow the age of anxiety
by Justine Landis-Hanley
“There were some very testing moments … where I was wondering if we could ever get past the creative differences.”
Full Article
Culture
Interview 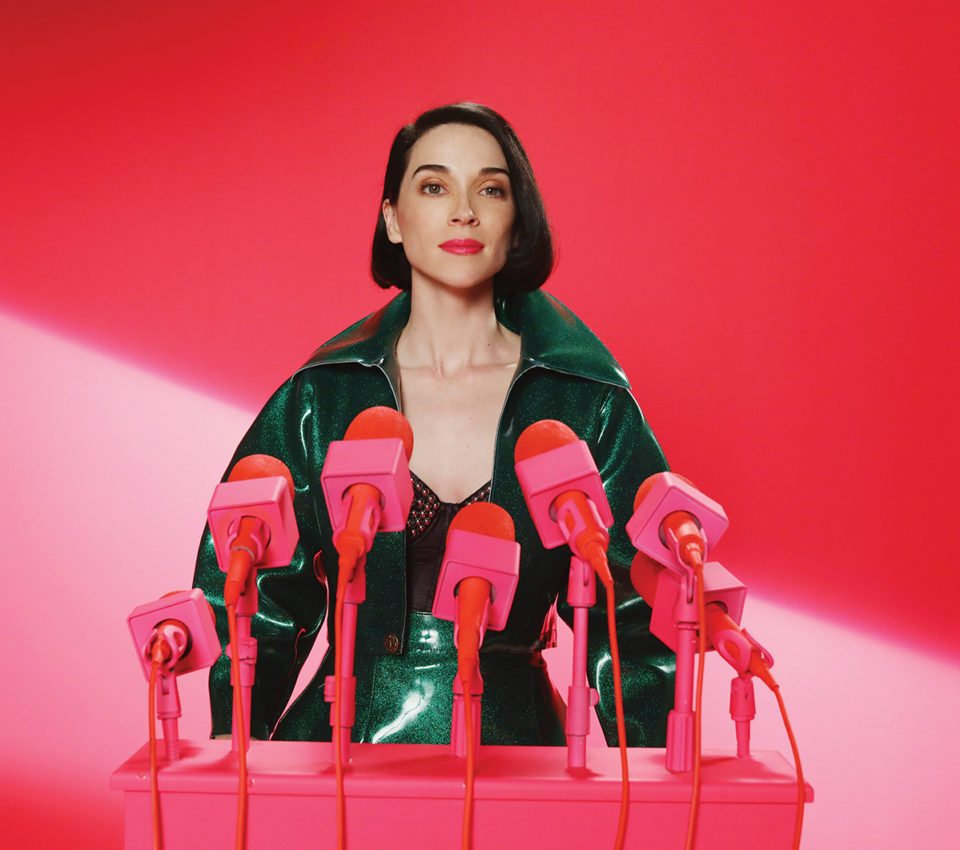 Fear rules. Fear explains. Fear predicts. St. Vincent on charity, love and light
by Bernard Zuel
“I think we should do enough soul-searching to… know when we are being guided by fear or guided by something brighter.”
Full Article
X