Ian Keldoulis is not one of those expatriates that the Australian consulate in New York is so keen to have ‘network’ with each other. He is not in finance, nor is he an entrepreneur of coffee shops. He did not show up yesterday and does not still call Australia ‘home.’ But he was someone I was very fortunate to meet when I started spending a lot of time in New York in nineties, before emigrating here permanently some eighteen years ago. He was a marvelous guide to this venal and vulgar city. If your tastes ran to antique dive bars and nightclubs run by Puerto Rican drag queens, he knew where to find them.

Ian has done various things over the years in between living the good life, and even though we are all getting on a bit he has a fine appreciation of this city and its essential purpose in life, which is for people to meet and mingle and figure out what is interesting and what is pleasurable – and how to make a few dollars off it.

Now he is writing screenplays, and a short, satirical novella about another place that is more fabled than real, called Toyz on Demand. It’s a sort of Christmas Carol for the times, heavier on the satire and absent Dickens’ dose of Victorian morality.

In Toyz on Demand, the North Pole is melting, and Mrs. Claus is sick of the place. It’s time to sell up and enjoy the good life on the proceeds. Santa has a unique business, based on giving the toys away and monetizing his celebrity through paid appearances. It’s a very twenty-first century business model. One that is threatening to the traditional toy industry which insists on trying to actually sell the toys, for traditional money.

But with climate change melting the North Pole out from under him, and the toy business tanking in the face of the toys as loss-leader approach, the race is on to conclude a deal for their mutual interest, while Santa steadily trashes his Waldorf-Astoria hotel room in – where else? – New York City. 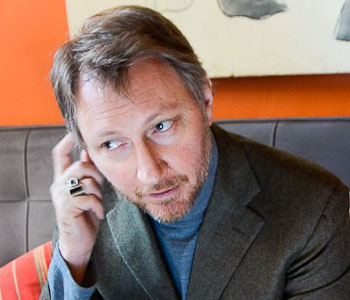 I won’t give the story away beyond the set-up. Nor reveal any other secrets, such as what exactly does enable Santa’s reindeer to fly. Let’s just pause to think about what Keldoulis has given us to think with here. It’s a common enough complaint that Christmas has become too commercialized. But the paradox is that the buying and selling reaches such a peak at this time of year because the goal is actually the opposite. The goal is to give something to someone.

We get carried away with the buying because we’ve gotten so bad at the giving. But the giving is really the point of it all, and the thing given is really just a pretext for the feeling of being able to give.

In Keldoulis’ story, Santa’s largesse extends to a gambling habit. He has figured out how to extract revenue indirectly from giving toys away, which rather cheapens the act, and so he gives away the proceeds to his bookies. If Christmas is about anything, it’s actually about the impossibility of giving and receiving gifts. Either way it makes us feel like there’s an obligation attached to it. Gifts bind us together. As much as we complain about commercialization, sometimes it’s a relief to be on one or other end of a cash transaction, where one has no obligation to the other party once the money changes hands.

The Santa story is always presented as a bit of an old fashioned one, but he seems to be re-invented to keep up with the times. He is supposed to reside at the North Pole, but sometimes he seems to me to be more of a New Yorker. Indeed, the Night Before Christmas poem may have been written in these parts, although that too is a New York story. Clement Clark Moore, a literature professor at what would become Columbia University, claimed authorship of the anonymous poem in 1837, although it may actually have been written by another New Yorker, Henry Livingstone Jr. It seems rather contemporary that the Santa cult should include a dispute over intellectual property.

Christmas always seemed vaguely absurd to me growing up in Australia. When I was little we still had a roast, even though to could be a hundred degrees Fahrenheit outside. And inside, as there was no air-conditioning. I remember Santas in their fake beards and fake-fur trimmed suits, sweating profusely as they tried to summon up a ho-ho-ho in the enervating heat. Christmas makes more sense now I live in New York.

My first Christmas in New York I spent with Ian. It was the nineties. I did not yet live here. I was only visiting. It snowed like mad. A little band of expats watched the vertical parade of flakes wend down from the twentieth floor of a Murray Hill apartment block to the street below as if we were children. The streets were closed. It was a silent night on Fifth avenue, crunching through the flurries as cross country skiers knifed by on their way to Central Park. The whole Christmas thing made sense to me for the first time.

The origins of Christmas are partly pagan. In the midst of winter white, the ancient German tribes would bend an evergreen bough and slaughter a beast across it, staining the snow steaming red. White red and green: the white cold of winter, the hot red of animal life, the temporary life of beast and human. But then, the evergreen, another, cooler, kind of life, a hint of the eternal, perhaps, or of the spring to come. The killing of the beast is a gift to death and life alike.

These times seem remote from that pagan sensibility. But it’s still about gifts. In Toyz on Demand, it’s about those two things that seem so New York: business and gambling, and the fuzzy line between them. It’s about the problem of how the gift can still exist in a world that seems to be about information rather than things. Information is rather harder to think of as a gift as it is not a thing one person gives to another. It’s the gift of communication that everyone already shares. Scrooge thought that if it wasn’t hard cash it was humbug. Now where there’s humbug, the hum and the buzz, the sound of the city – there’s cash. 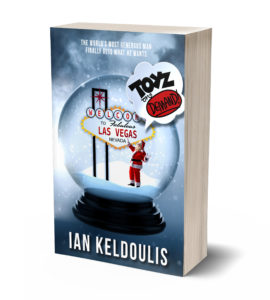 Ian Keldoulis’ Toyz on Demand is available for download as an EBook here.

Editor’s note: Ian may be better known to NEIGHBOURHOOD readers as our New York correspondent. Everything McKenzie Wark says about Ian’s grasp of antique dive bars and nightclubs run by Puerto Rican drag queens is true.

Marginalia Shaun Prescott’s ‘The Town’
by Alex Tighe
“The people in the town lived as if they would never die, but they were not heroic or foolish like in books and music. They were only there.”
Full Article
Issues
Correspondence

You Should Be Dancing A Letter from New York
by Ian Keldoulis
The ‘city that never sleeps’ is getting a taste of freedom again with the repeal of the Cabaret Law.
Full Article
Culture
Theatre 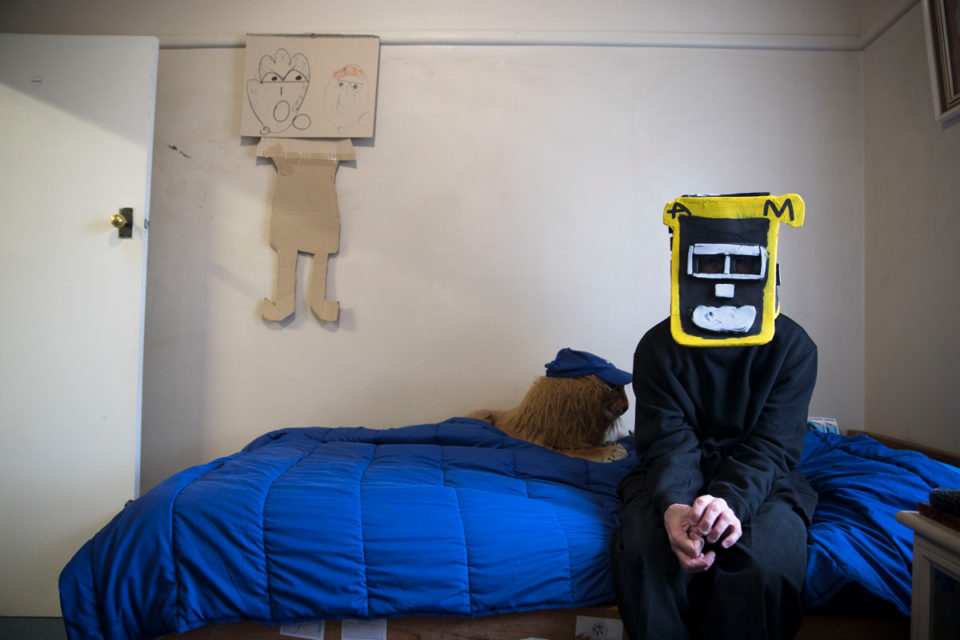 Masks of Freedom Birdfoxmonster at Carriageworks
by Matilda Gould
“As soon as you tell someone that the person has an intellectual disability that’s all they hear and it becomes a one-dimensional understanding of who the person is and what the work is."
Full Article
X