Cropping up Everywhere The real dirt on Sydney’s community gardens 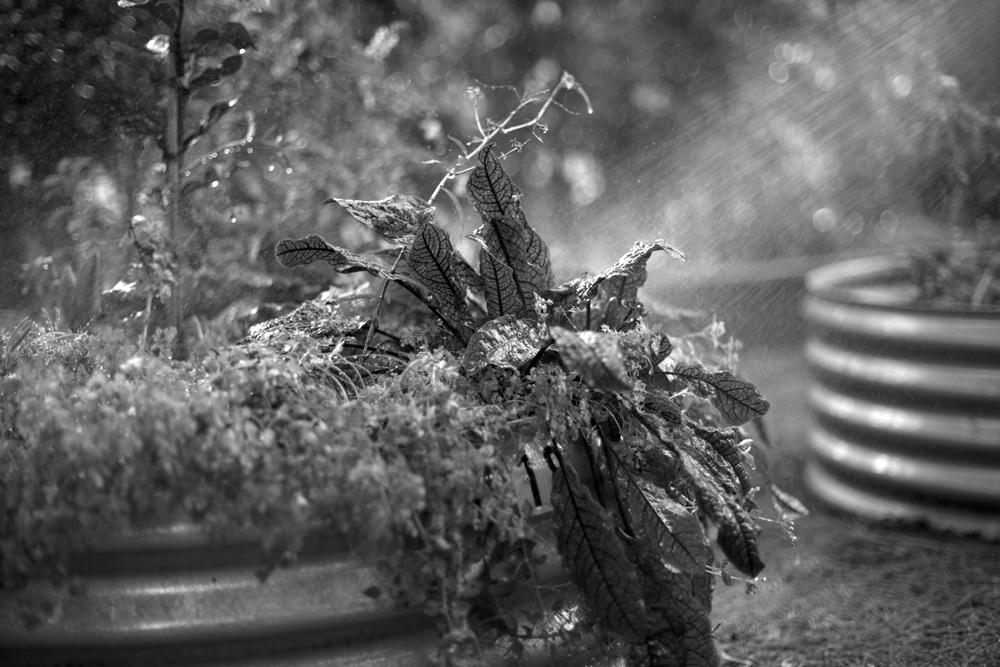 At the bottom of Bourke Street, under the train line and beside the Eastern distributor, sits a small plot of public land. Trucks grind and trains whoosh overhead. It’s not exactly what one might first think of as an oasis of calm, but the Bourke Street Community Garden has been working this space since 2012. Amongst the 35 volunteers are people with mental health issues, a girl doing a PhD, home owners, renters, housing commission, a rough sleeper who grows flowers and a café propagating herbs. 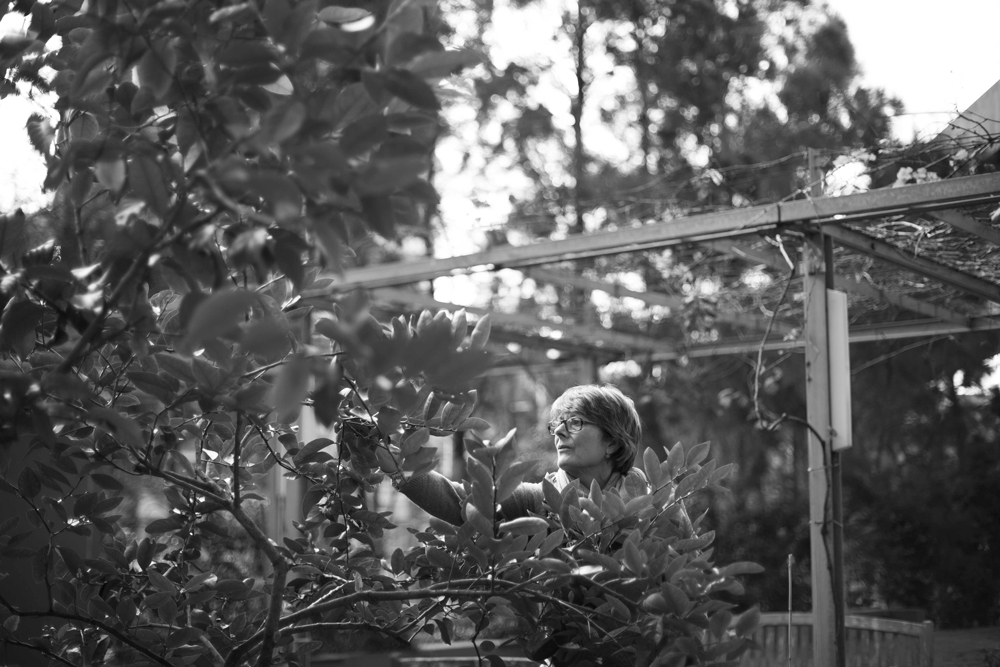 It’s a tough neighbourhood. There’s 30 to 40 rough sleepers a night, and a group from the Matthew Talbot Hostel comes once a week to work their own plot. Local resident Georgina Bathurst has worked in the garden for the last five years. She admits potential newbies are put off by having to run the gauntlet through the park, but with art groups also using the space, it’s about much more than just growing food. “I don’t think you could sustainably eat out of here,” says Georgina. “It’s more of a potter and enjoy the sunshine and come to a nice safe space with like-minded people.”

The City of Sydney currently monitors 22 community gardens in its jurisdiction. The newest, City Farm in Sydney Park will have its public launch in spring 2017. Growing food on public land however, is not a new idea. Hard times in the late 1800s saw gardens pop up in Detroit in the US, while in the UK lots were set aside for the working class to grow food. It was also ideological, part of a socialist counterculture.

Russ Grayson from the Australian City Farms & Community Gardens Network (ACFCGN) says, “In research I did some time ago when developing community garden policy directions for a local government, the social aspect ranked second to access to clean and healthy food. The third major response was learning.”

Not everyone’s a fan though. When the Federal Government scrapped the Community Food Grant Program in 2014, AUSVEG, representing 9,000 Australian vegetable growers, stated community gardens posed a biosecurity risk. They’re “simply not run to the same standards as professional horticultural operations, nor do they adhere to the same set of stringent checks and balances required of a commercial business.” 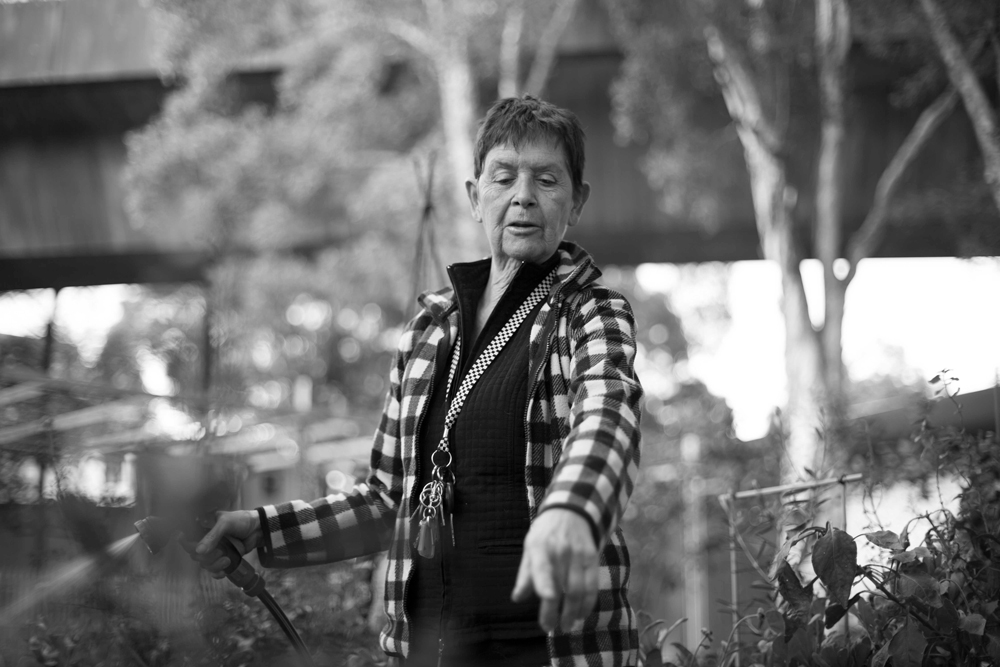 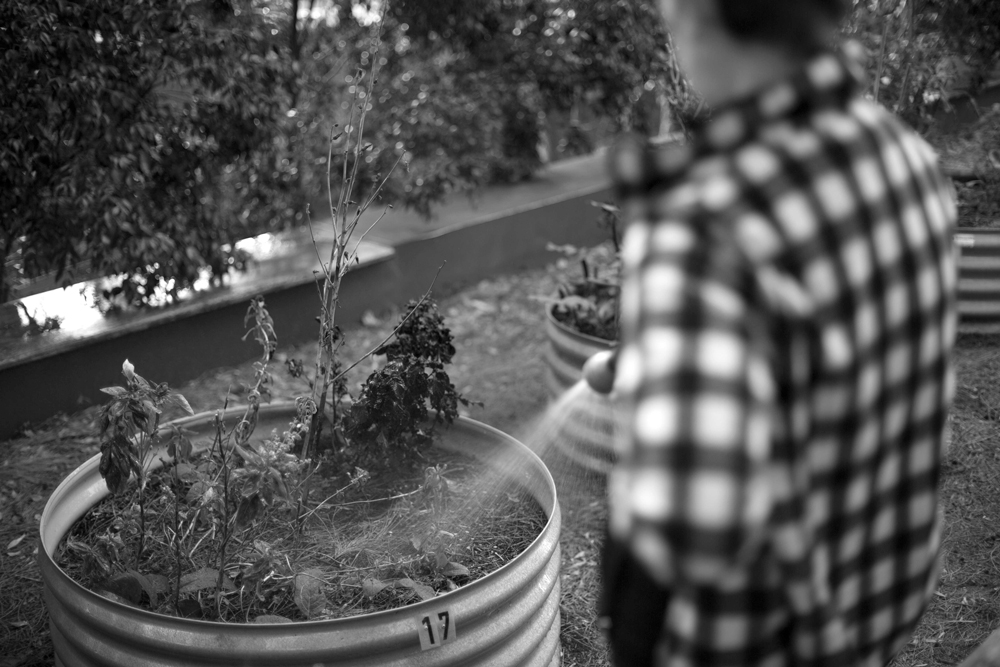 It’s a view dismissed by City of Sydney’s youngest councillor Jess Miller as “pretty transparent economic lobbying”. From a City of Sydney perspective, Miller believes, “A lot of the principles of small scale community farming are a lot safer than what commercial farms would be doing, just because it’s a small space and you’ve got more people paying attention and there’s a genuine vested interest in making sure the produce is of a high quality, and the soil is of a high quality, that pests are controlled – otherwise, they eat all your lettuce.”

She points to Central Park’s overflowing greenery on Broadway in Chippendale as an example of how council is incentivising developers to find innovate ways to give green space back to the community. “There’s always such high competition for space and property. It’s at such a premium, the challenge is how to be really innovative in how we use the space we have and allowing for communal growing in new buildings which we see coming on more and more. Using rooftops and vertical wall spaces for example.”

One rooftop community garden is on top on the Wayside Chapel in Kings Cross. Alongside snap peas and citrus trees, they harvest 30 to 40 kg of honey each year. John, who runs the six-year-old garden, told NEIGHBOURHOOD, it was established specifically for ‘horticultural therapy’, “encouraging people to communicate, socialise and be part of a community”.

Back at the Bourke Street Community Garden, Georgina Bathurst is excited. After two years and a “thesis-long application” they’ve got council approval to be the first garden to have chickens. “Just say chickens and people light up. One rough sleeper said he hadn’t seen a chicken since he lived on a farm fifty years ago. We’re having an open day. A chicken festival. Egg and spoon races. Anything to do with chickens. We hope it’s going to really generate a lot of community interest.” 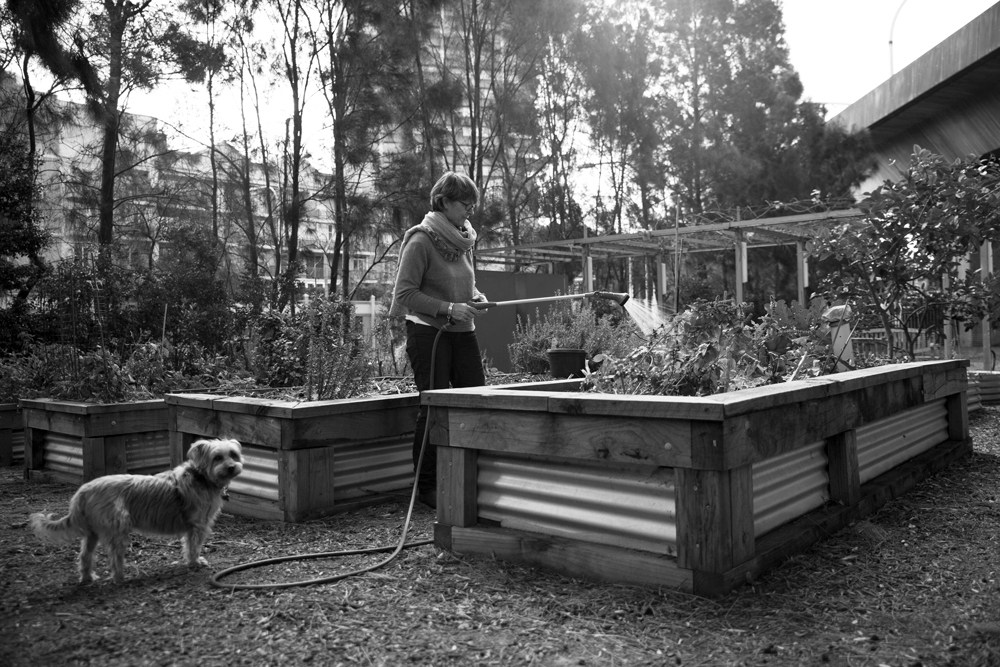 Cropping up Everywhere – The real dirt on Sydney’s community gardens 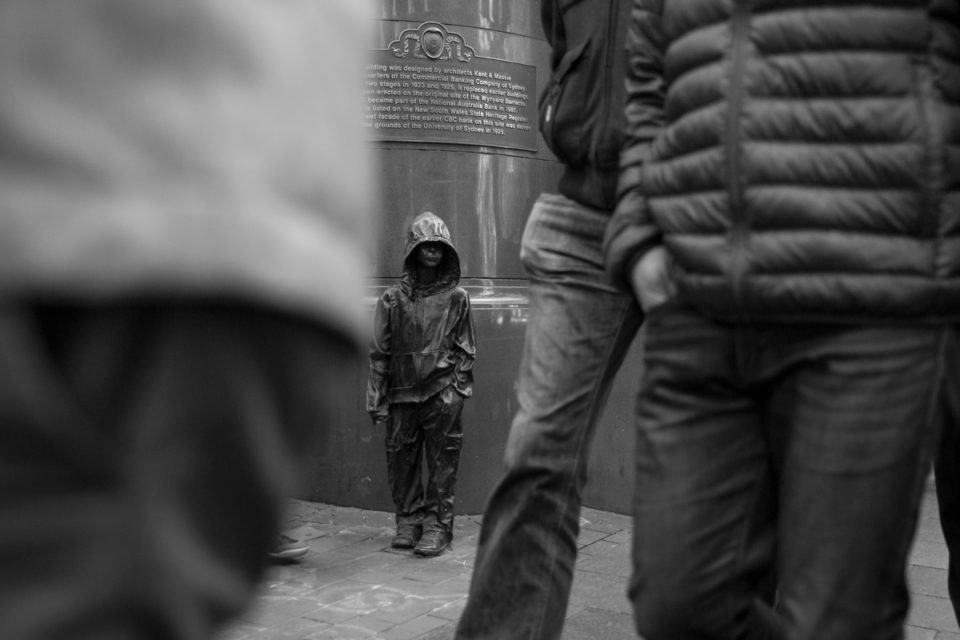 Walking Home A Letter from London
by Will Self
The city seems to be both rapidly reconfiguring, and moving somewhere – although where I’m not entirely sure.
Full Article
X