What’s with the F#@!ing Fireworks, Sydney? Yet another night in boom boom town 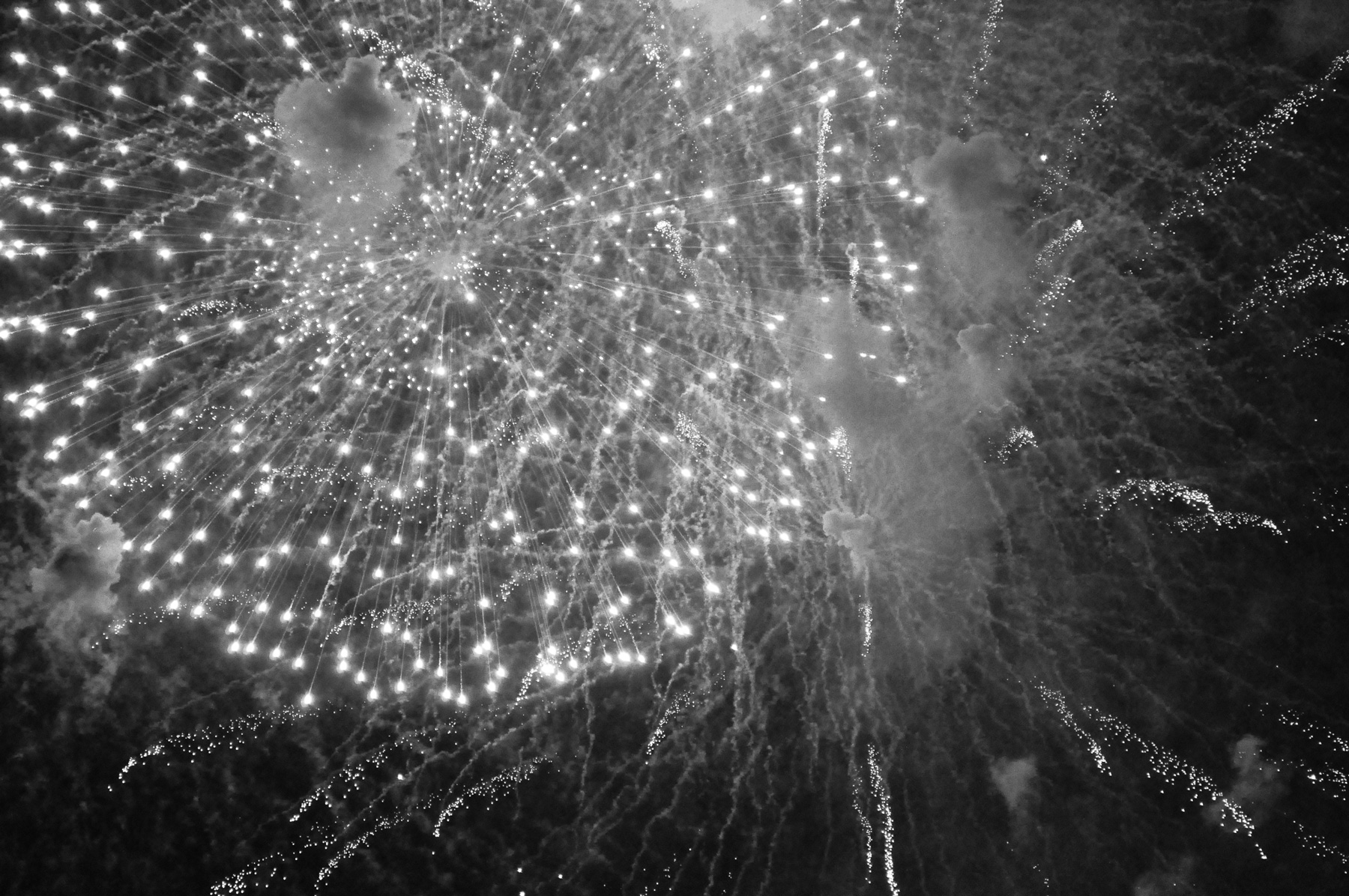 Sydney loves a party. Especially a celebration that climaxes in a splatter of sparkle and colour against the night sky. But when it comes to fireworks, can there ever be too much of a good thing?

Here’s a dazzling statistic: in 2016, there were 60 outdoor fireworks displays held at Darling Harbour. That figure includes major events such as New Year’s Eve and Chinese New Year, and a regular program at Cockle Bay. But it is only part of the total number of fireworks displays last year in the Sydney Harbour Bridge precinct.

Is there a risk that the proliferation of pyrotechnics in this town is beginning to produce more ho-hums than ooh-aahs?

There’s a price to be paid for all these extravaganzas. The New Year’s Eve fireworks cost about $900,000. The Darling Harbour fireworks were at least partly funded by a state government agency. That’s you and me, folks.

As every evening of boom boom begins, I begin to wonder if I’m living in Sydney, or Syria. And I feel more inclined to retreat to a bunker than race to a rooftop.

Many animals are more seriously spooked by fireworks. Veterinarians prescribe anti-anxiety medication to help an anxious Buster or Kitty get through the nights. Little wonder that ‘silent fireworks’, providing the visual effects without the bangs, are taking off in Europe.

Clean Up Australia’s Ian Kiernan called for an end to Sydney’s New Year’s Eve fireworks, because of the pollution they produce, and suggested they be replaced by a light show. The City of Sydney says the fireworks are carbon neutral and, while it recently considered alternative technologies, it ruled out laser lighting partly because Sydney isn’t polluted enough.

“Sydney’s beautifully clear summer skies do not have the cloud and pollution cover found in many other modern international cities which provides better bounce for such lighting effects,” a spokesperson said. The New Year’s Eve fireworks are now manufactured from biodegradable paper and compounds that dissipate after use to minimise environmental impact.

That’s all well and good. But maybe what we really need is to back off a bit on the razzle dazzle all round. After all, ubiquity breeds contempt. And less can be more. Do we need to be so effusive in expressing our appreciation of living in this city quite so often? Do we need to light up our skies, as we did in February. to mark the arrival in town of Israel’s Prime Minister? Or anyone else’s?

The fireworks program at Cockle Bay last year was, according to a Property NSW spokesperson, “part of transitional activities to support visitations to Darling Harbour during the construction of the International Convention Centre, Sydney.”

Now that the Centre is open, the regular fireworks are being discontinued. That’s what I call a fizzer worth celebrating.

Then again, we’re only just at the end of a month of nightly air strikes for the Handa Opera on Sydney Harbour’s production of Carmen. And there I was thinking that the sultry gypsy, like this rapacious town, was already fiery enough!

What’s with the F#@!ing Fireworks, Sydney? – Yet another night in boom boom town 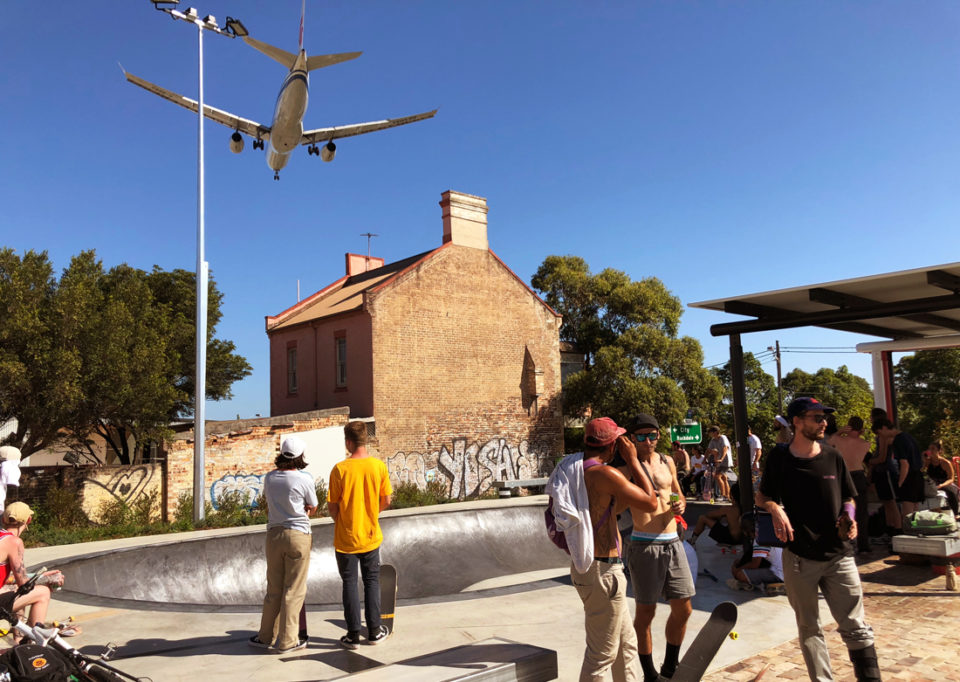 Heroes Just for One Day A new skatepark opens in Sydenham
by Mark Mordue
Maybe like the art of skateboarding itself one can hover here on the fine and happy edge of this camaraderie and something messed-up and free-falling in at least a few of these youths’ lives.
Full Article
Issues 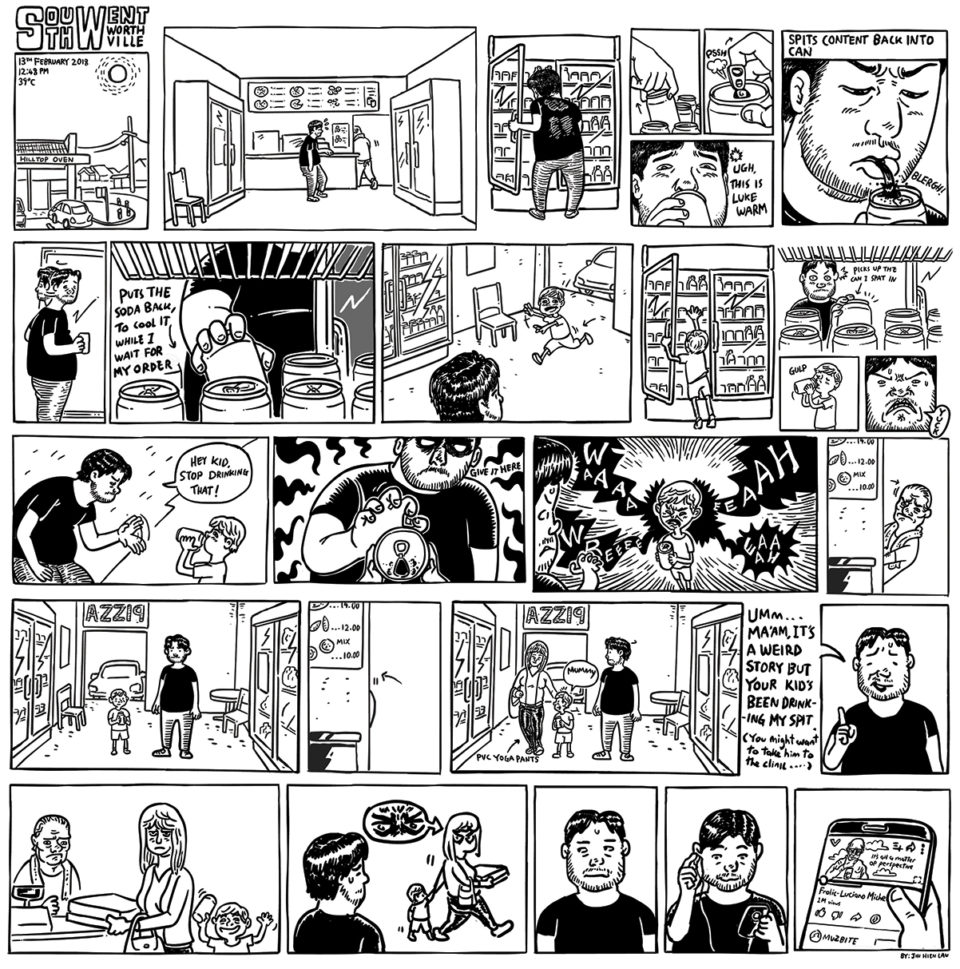 A Hygienic Visit to the Pizza Shop Moments in Time
by Jin Hien Lau
"Ugh, this is luke warm..."
Full Article
Footpath 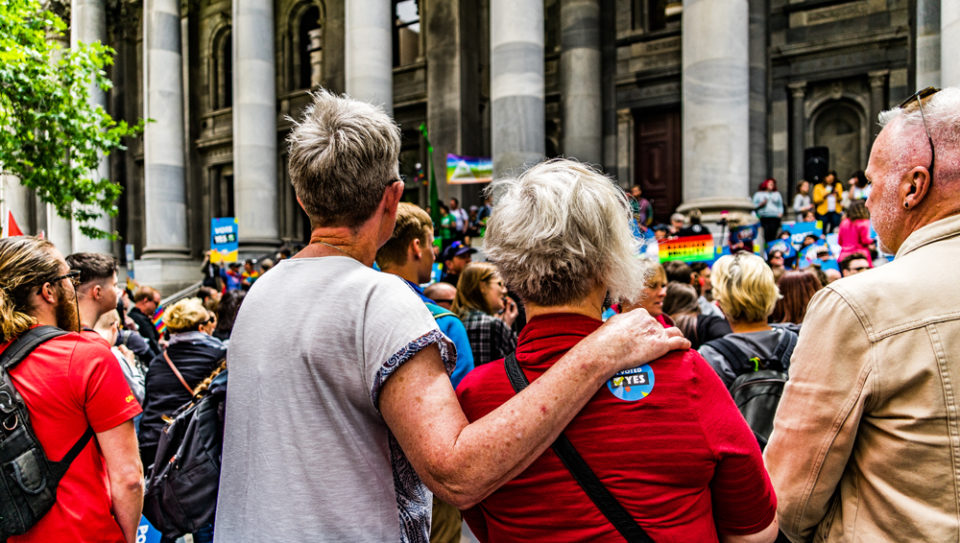 @necroxeno Marriage Equality
by Necro Xeno
“I took this picture in the second Adelaide’s LGBT rally.I don’t know if these 2 ladies are friends or in a romantic relationship but their love for each other is beautiful and undeniable.”
Full Article
X