Kings Cross: The Strip Days of future past 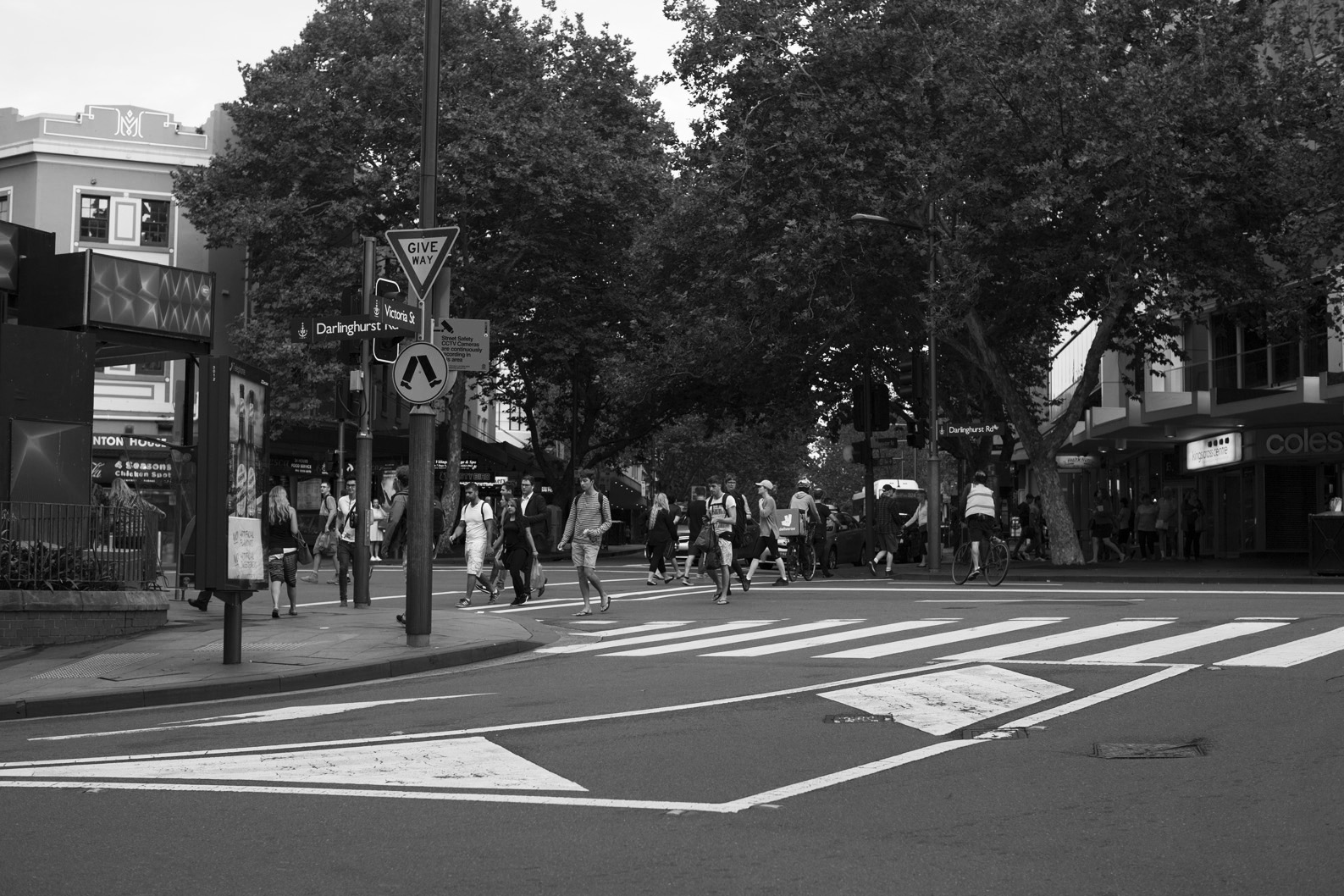 It was before the developers moved in. There was blood on the footpath outside The Goldfish in Darlinghurst Road, Kings Cross. Coin-sized drops stretched over an arm’s length or so among the cigarette butts, spit and spew beneath my Nike gym shoes. I noticed it as I padded quickly through the strip while the druggies—stiff limbed skinny things in sports clothes—chanted their f… and c… lyrics. A skateboarder tripped and dropped his mobile phone while trying a one-eighty-degree turn outside the World Tobacco shop near the 4 Seasons Chicken joint on the corner. He swore hard blame at the phone when it smashed into pieces on the ground. I made no eye contact. Rapid eye movement is not the stuff of sleep in this place. It’s a core skill, the language of sex and drug deals. Best to maintain a mid-distance stare if you’re just passing through on your way home from Fitness First. I learned that long ago.

On Thursdays people with pockets full of pension money still scurry back and forth in small, urgent packs. Later they sway and hug each other, high on life, but not for long. If I’m around, I listen out and hold my stuff close. I’ve never had my bag snatched but it doesn’t mean I won’t. When my mother first lived here in the 1950s, Kings Cross was a sleepy area for migrants and bohemians. The American GIs on R&R brought heroin here in the 1960s. Now there’s ice and OxyContin.

One Monday, I was the one in sports clothes running back and forth like a crazy on a bad hair day. Monday is the quietest day of the week at Kings Cross. I’d been to the gym, home and back to the gym looking for the brand new multi-focal glasses I’d just paid a small fortune for. I must have dropped them somewhere. My search was desperate, vain. As I did my fourth lap of Darlinghurst Road, a man on a bike leaned into my head space and sweetly asked: You wanting any icing darling? I told him: No thanks mate. Desperation and worry: people can smell them on the strip.

The blood this day looked punch-in-the-nose rather than smashed-skull quantity. It was a few metres from the gold writing on the window that told you The Goldfish was a finalist for Best Bar of the Year as well as Best Bar Personality. I wondered what the criteria were for those awards. It didn’t stop them closing the place down. People argue about the gentrification of seedy areas. People always do.

My nephew was one-year-old when he moved with my sister to Sydney where my partner and I were living near Kings Cross. If his mother was away for film work, he’d stay with us in a portable cot, waking at first light calling “Up, up” as we willed him to sleep for just half an hour more. He wore blue and white check pyjamas and ate vegemite toast watching the boats from our apartment window. The Kings Cross sirens scared him. He’d hold his heart and cry “Fright, fright” if they screamed past him in his pram.

At two, he drifted to sleep listening to tapes of A. A. Milne’s Winnie the Pooh. It helped drown out the shouts and bangs of the street hassle below.  My mother retired early from her job at a geriatric hospital in Melbourne to come and help care for him. At three-and-a-half his favourite television show was Harry’s Practice. If there was a pet with a problem, the vet Harry’d sort it out. At four, he started school where his curly, soft, blond hair led older kids to tease him and say he looked like a girl. He asked for a haircut. His first school excursion was a bus trip to the zoo. We followed the bus for the first couple of kilometres as it drove towards Taronga. At nine, he conquered his fear of sirens and declared himself his apartment block’s resident fire warden. If the alarm went off in the old art deco block in Elizabeth Bay, he’d put on a hard hat and race downstairs to help. He wanted to become a cop and would visit Kings Cross police station for “work experience”. They showed him the cells. On weekends, he’d help injured wildlife from the local park and wait for rescue services to come and collect a bird in distress. Once or twice he got away from strangers of the undesirable kind. One day he overshot his mark and rode his bike over a low retaining sea wall into Rushcutters Bay.  A man on a pleasure cruiser helped pull him out, bike, helmet and all. At nine, in that same park, he was offered a beer by a seedy local. At twelve he saw an older boy he knew inject into his arm on a park bench. The boy said it was medicine.

His tweens were spent around the harbour in kayaks, boats, zodiacs or on surfboards in any and all conditions. He learned about risk and survival around rocks and rips and channels. He’d spend whole days in and around the water. If he was with us at night, he’d help cook dinner. Avocado dip and chicken and broccoli stir fry. He started to catch the train to school from Kings Cross Station where cops, sniffer dogs and pat-downs were nothing unusual. Street walkers promised him favours when he was older.

One day, the blue-eyed, dreadlocked blond suddenly became tall and muscled, deep-voiced and manly. When he got enough likes on Facebook, he had his dreads cut off into a short back and sides. It made him look more serious. People began to take a different type of notice of him when we walked down the street. When we go through Kings Cross now, he’s not in school uniform. Guys in their late teens and early twenties size him up, measure how much tougher or less tough than him they think they are. Aggro ones sometimes bump him to show who’s king of the footpath. Such is the human chemistry of the Kings Cross strip on any early, unremarkable evening in one-punch land. I know he’s savvy, but I worry. Even as a mature woman walking through Kings Cross alone, you don’t have to try hard to find someone wanting to show you they’re poised to steal the advantage if you step into their path or look at them the wrong way.

Kings Cross, Elizabeth Bay, Rushcutters Bay, Potts Point. This is an area of many sub-areas where petty criminals and smack addicts pushing children in prams still share the streets with defence personnel, cops, real estate agents, artists and lawyers. It’s a long time since Helen Garner wrote that this area lacked children. Now they’re everywhere you look. It is a place where multi-millionaires brush shoulders with the down and out. In between are waves of new residents for whom the place is a dormitory suburb: six figure salary professionals who want to live close to the CBD where they work.

Our once-sleepy streets now heave with traffic on Saturday mornings, apartment dwellers walking their dogs and doing coffee and going to the gym. There are rules about dogs in the park but no one observes them unless the ranger is around. Some collect their dog’s shit in black bags, which they tie up and then leave behind. Neglected old buildings get sold for millions spawning new apartment blocks with views, gyms and pools and yet more dog owners. Grinning real estate agents rush between open for inspections convinced this boom won’t end until it’s standing room only for residents. A long-time local recently joked about the number of lemon coloured pull-overs slung around the necks of silver tailed retirees who’ve moved into buildings with live-in concierges.

Sometimes the person asks for two dollars. Sometimes I give it. Mostly I give to Rose, a local Aboriginal woman who lives rough a lot of the time. Once, when I earned decent money, I gave her the twenty she asked for and promised to pay back. My hopes weren’t high but I liked her. Still do, although a fiver’s the most I can give her these days. There are plenty of others who give to her too. The people who live here have just enough money and education to turn their white guilt to Rose’s advantage. Rose tells me she thinks we are a gentle community. She tells her brothers and sisters not to call us white c__s. Or so she says before asking us yet again if we can help her out. When the wealthier price us out of this harbour suburb as they inevitably will with the NSW Government’s development laws, I wonder if the beggars will get a pay rise or get moved on.

Kings Cross: The Strip – Days of future past 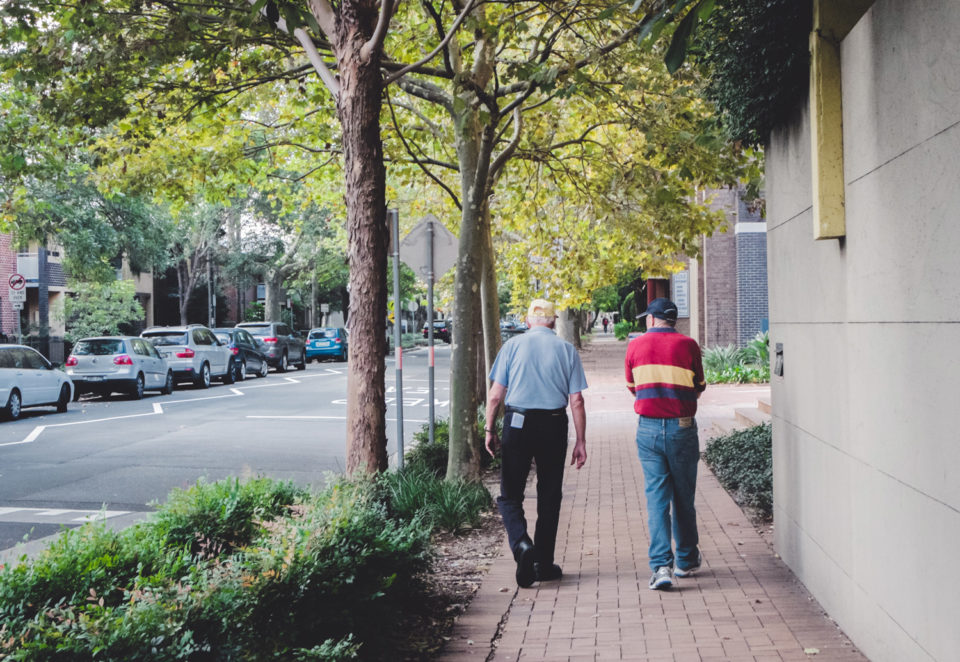 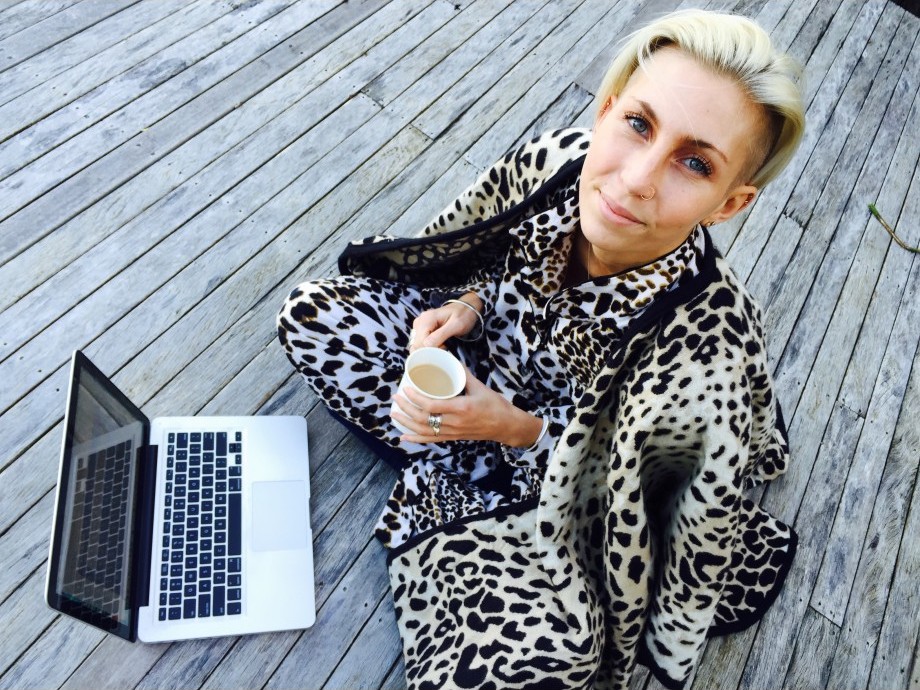 Dealing With It Endometriosis affects one in ten women
by Hannah Bent
Years of suffering and debilitating pain followed, only to be repeatedly told by health professionals that she just had ‘period cramps’ and to learn to ‘deal with it’.
Full Article
Footpath 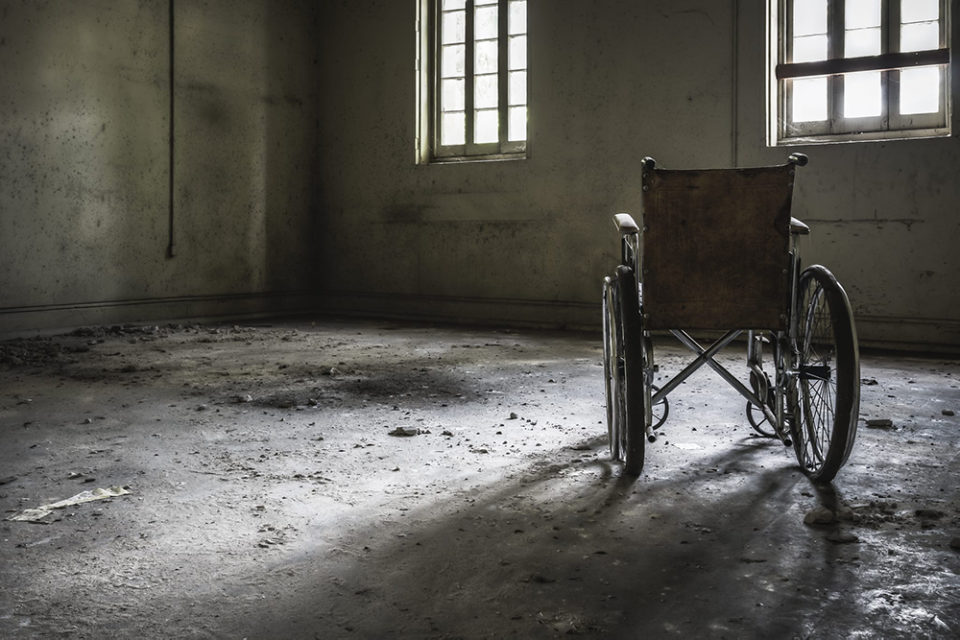