The State of Abortion People power, God’s will, and the law 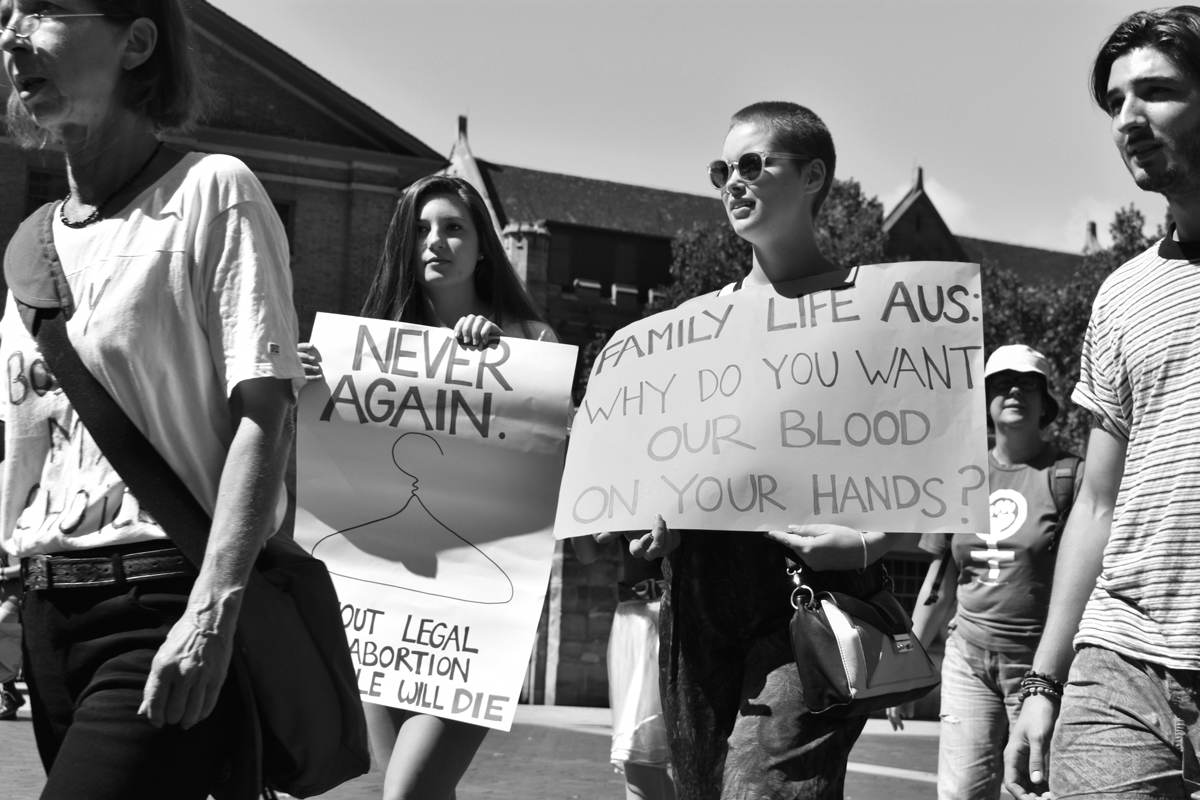 Julia* was 17 when she watched, leaning against the sink, two red lines fade into view. The at-home pregnancy test claimed to be 98 per cent effective, but she booked the earliest appointment with the first doctor available at the closest clinic, regardless. The doctor, an older gentleman, confirmed her fears. When Julia asked about options, the doctor provided her with opinions. Refusing to give a referral for an abortion, he instead told her about a counselling service that helps women seeking early termination – women like her – keep their baby.

Julia’s boss drove her to a clinic she’d found on Google. She couldn’t tell her boyfriend – the guy who used to flush her birth control pills down the toilet because of how he claimed they made her behave. As the car rolled past the building’s entrance, she saw a crowd, carrying signs, reaching out to the women who walked in; pro-life protesters. Amongst the faces, she recognised one man: the GP who had confirmed her pregnancy.

While for most, undergoing a medical procedure is a private affair, this is not the case for women seeking an early pregnancy termination in states such as NSW, where abortion is still illegal under the NSW Crimes Act 1900.

A woman’s experience can be characterised by evasive doctors, hand-painted cardboard signs preaching condemnation, sessions with medical practitioners to assess suitability based on circumstance, not medicine. Here, a doctor can only carry out abortion if they believe the woman’s health is in serious danger, taking into account social, economic, and medical factors.

Nonetheless, family planning clinics have found ways to uphold a woman’s right to choose within NSW’s legal framework. Sitting in a park near the doctor’s surgery that confirmed her pregnancy, Amy* listened, in between swigs from a bottle she picked up at the BWS next door, as the woman from Macquarie Street Abortion Clinic told her what she could expect from the procedure. When she arrived, Amy was ushered into a room with a psychologist.

“That’s how you get around the Crimes Act,” Amy tells me.

“You have to prove the effect on the woman [of having the child] would be worse than the prospect of aborting the baby… [The psychologist] asked all the right questions: ‘What do you do for work? What does your partner do? Do you have the intention of finishing university?… She helped me build a stable narrative – a true narrative – to put on the page that I then read through and signed.”

Debate over abortion’s place under the NSW Crimes Act 1900 is ongoing, but received newfound attention last month, when the NSW Legislative Council voted on a bill to decriminalise abortion and place 150-metre no-protest zones around the clinics. “Abortion is a medical procedure, it is an issue of reproductive health, it is a basic right for people to make decisions about their bodies,” the bill-mover, Greens Minister Dr Mehreen Faruqi told a colourful congregation of pro-choice protesters – mostly women, mostly students – outside St Mary’s Cathedral, several weeks earlier. “Many GPs in NSW don’t actually perform pregnancy terminations. It is privatised, it’s expensive, and access is really difficult, especially for regional and rural women.”

“The whole procedure, including a surgical termination, cost around $300,” Amy echoes. “I remember thinking this was f___ed: if you can’t afford $300 to get an abortion, how can you be expected to afford to have a baby?”

The Catholic Church’s Day of the Unborn Child in March, designed to celebrate Jesus’s conception, had become an opportunity to protest Dr Farqui’s proposed changes. Chants of “keep your rosaries off our ovaries,” from the women, were met with cries of “Deus Vult” (God’s Will) from a group of men, thrusting a crucifix in the air, on the Cathedral steps. Thousands of churchgoers, led by the Archbishop of Sydney and Fred Niles, took part in a ‘prayerful march’ to Parliament House after Mass. Reverend Anderson warned the crowd, “they want to put bubble zones around abortion clinics of one hundred and fifty metres… we need to assert our right to be in the public place.”

Faruqi told protesters that change to the state of abortion under the law relies on “people power.” But looking around the crowd that day, it was obvious the pro-choice movement currently lacks the numbers required to demand legislative changes. Indeed, Faruqi’s Bill was voted down in Parliament, 14-25, by all Liberal-National MPs, and three Labor members afforded a ‘conscience’ vote by their federal party, last month. In the days following, cut-out pictures of the 25 ministers hung from coat-hangers on the NSW Parliament fence, a banner painted “never again” blowing about below.

Those against the decriminalisation of abortion defend their position as one that actually upholds a woman’s right to choose. “The terrible truth is that too often women who have abortions have abortions because they feel like they have no choice,” Elizabeth, a pro-life activist told the nodding crowd of churchgoers from St Mary’s Cathedral. Pro-lifers, like Elizabeth, blame social and economic pressure, not people.

But until holes in our welfare system are plugged, and a wave of cultural change in people’s attitudes towards unplanned pregnancies is achieved, it’s difficult to see how women like Amy and Julia could be expected to have what the Church considers a ‘fair choice’ in the matter. Opening the Church’s doors to them may provide some emotional comfort, but isn’t going to help them turn in their university essays or afford to look after a child. And the question remains: why should absolving women of these issues and decriminalising abortion be mutually exclusive goals?

“A very lengthy silence on abortion has now been broken and advocates for this change are even more determined to reform laws to ensure reproductive autonomy for women and all people who need abortion services.”
*Names changed to protect identity.

The State of Abortion – People power, God’s will, and the law 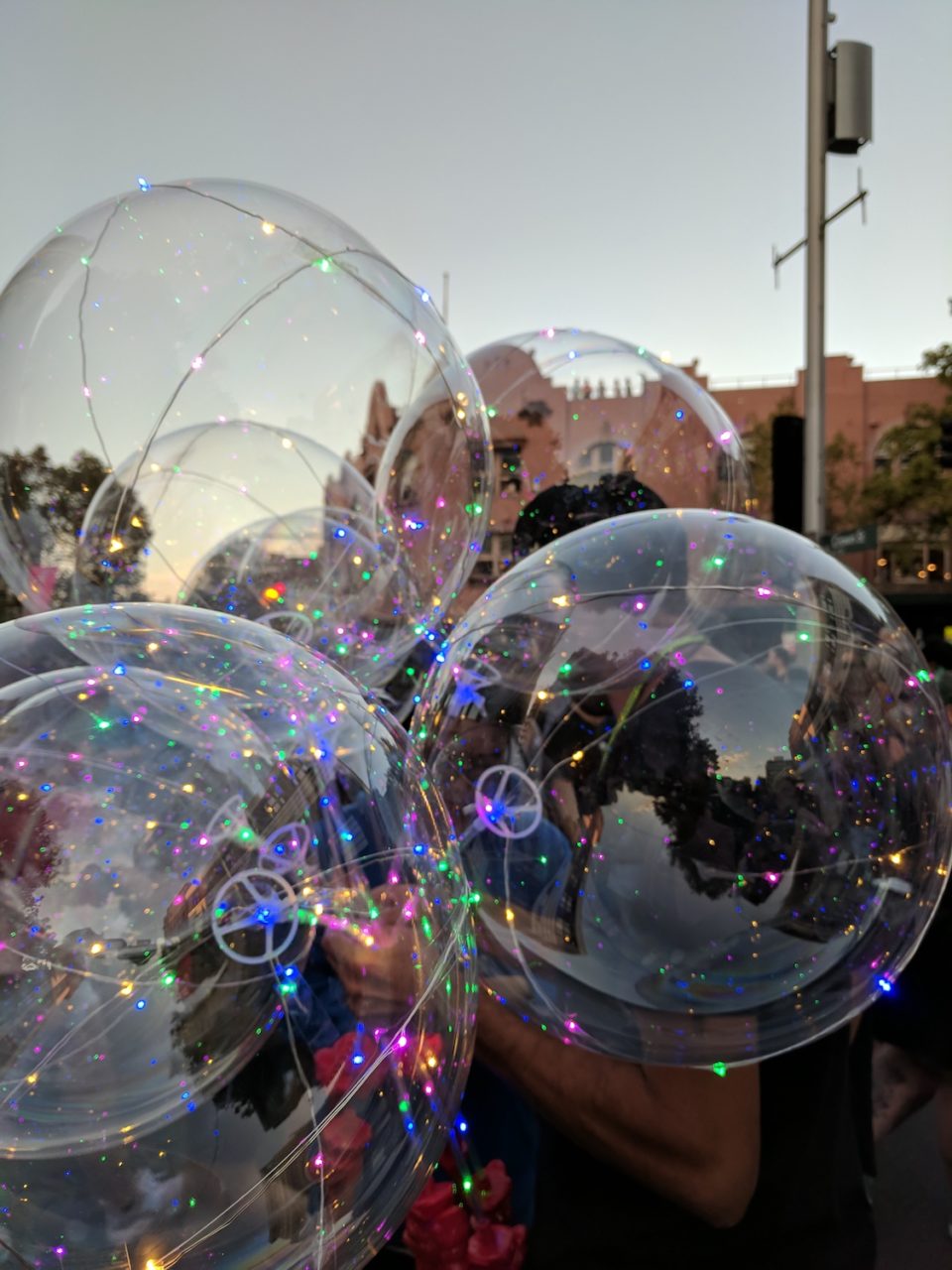