Queer Post Codes On the rise of Sydney’s rainbow elite 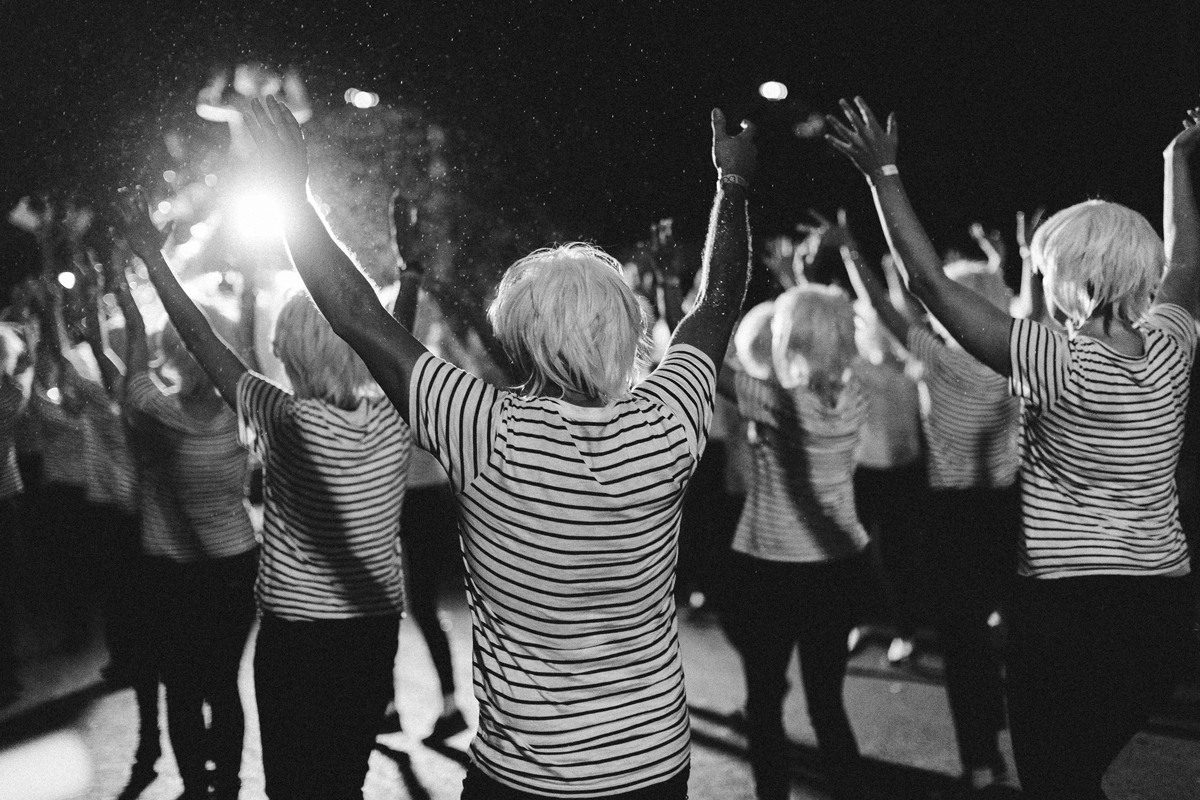 We can’t be certain when the planet’s first twit said, “Things were much better when I was a kid,” but my money is on the Lower Neolithic period. Old Stoney McGee had a gob full of elk, or whatever, when he expressed the ungrateful view to a junior hunter that the beasts were much juicier in his day. At which point, young Ms Basalt hit him over the head with a tusk. And who could blame her? May I never be so distantly old that I forget that nostalgia is bollocks, or to thank the youngsters for the elk.

Having said that: the elk was juicier in my day, if, by elk, we mean the queer life of inner 1990s Sydney.

Okay. It wasn’t all better. Some of it was utter pants. First, lesbians were required by law to have only unflattering haircuts, and transpeople were held in suspicion by the homosexual orthodoxy. Bi folks were not ‘fluid’ then, but generally thought of as dirty stop-outs who spent all day planning how to greedily shove things into their holes. I was once asked to leave a pub in Surry effing Hills for the very minor offence of humping the cigarette machine. Which may, come to think of it, have had less to do with homophobia than it did with health and safety guidelines. Still. I’m telling you. We were oppressed back then, dude.

I don’t want to glorify the past marginal life lived in-and-around Darlo and Newtown. I don’t want to say that history always gets worse. But, as I walk those streets today, I do suspect that things don’t always get better. We tend to believe in progress – and we believe that this progress lies in ‘inclusion’. That gay is, in many postcodes, just ‘normal’, is now seen as a great advance.

Of course, we can see positive transformation in everyday moments. I remember feeling that something had shifted when my then girlfriend and I checked into a fine hotel for a dirty weekend and we received Hers and Hers amenities. And then, I remember feeling that something else had shifted when Mardi Gras began attracting finance sector sponsors and started slapping Parental Advisory warnings on its performance advertisements. I liked it better when all of Mardi Gras came with such a warning implied.

With ‘inclusion’ came a significant loss. First, the ‘inclusion’ was only extended to certain people, say, middle-aged employed dykes who could afford a weekend in a hotel. Exclusion remained the case for impoverished gay men and transpeople seeking essential and specific health services, and certainly for queer kids thrown out of home. And our community elders: we forget them completely.

While we in the knowledge class were celebrating acknowledgement by big name brands, our queer comrades of the precariat or the criminalised classes lost services. While comfortable folks were lobbying for and planning their weddings, the labour conditions of sex workers in our community became an embarrassment. We were led to perform like a moderate monolith of rainbow love. We posted and boasted on YouTube the evidence of new monogamy. Twinks got less twinky and dykes less butch. We might have unified better under the big cultural category of LGBTIQA, or however many initials there are supposed to be these post-elk days, but we are divided by social class.

The pleasures of the well-to-do, a class now very well represented in the old gay postcodes, did not trickle down to those with no assets. A rainbow crossing in Taylor Square brings affirmation to locals, but confers nothing to men and women who need healthcare. A woman-positive luxury lez weekend validates those who enjoy it, but does not bring shelter to the homeless queer.

Gay, straight, trans or fluid, we so often make the mistake of confusing concentrated wealth with real progress. I don’t miss the cultural limitations of life in old Sydney, but I sure mourn for an era where we didn’t simply outsource our poverty to outer suburbs, keeping our property prices as inflated as our pride.
Helen Razer will be appearing with musician Jen Cloher, academic Eloise Brook and journalist Allan Clarke at Queerstories, 7.30-9.30pm, Thursday, June 23 at Giant Dwarf, 199 Cleveland Street, Redfern: giantdwarf.com.au

Queer Post Codes – On the rise of Sydney’s rainbow elite

Justin Bieber: As Long as You Love Me Ghosts in the Machine
by Colin Gore
Last night I met Justin Bieber in a dream.
Full Article
Culture

Finding Another Register Albert Namatjira’s copyright
by Martin Edmond
The campaign to buy back the rights to an artist’s work.
Full Article
Issues