Something in the Night A letter from Berlin 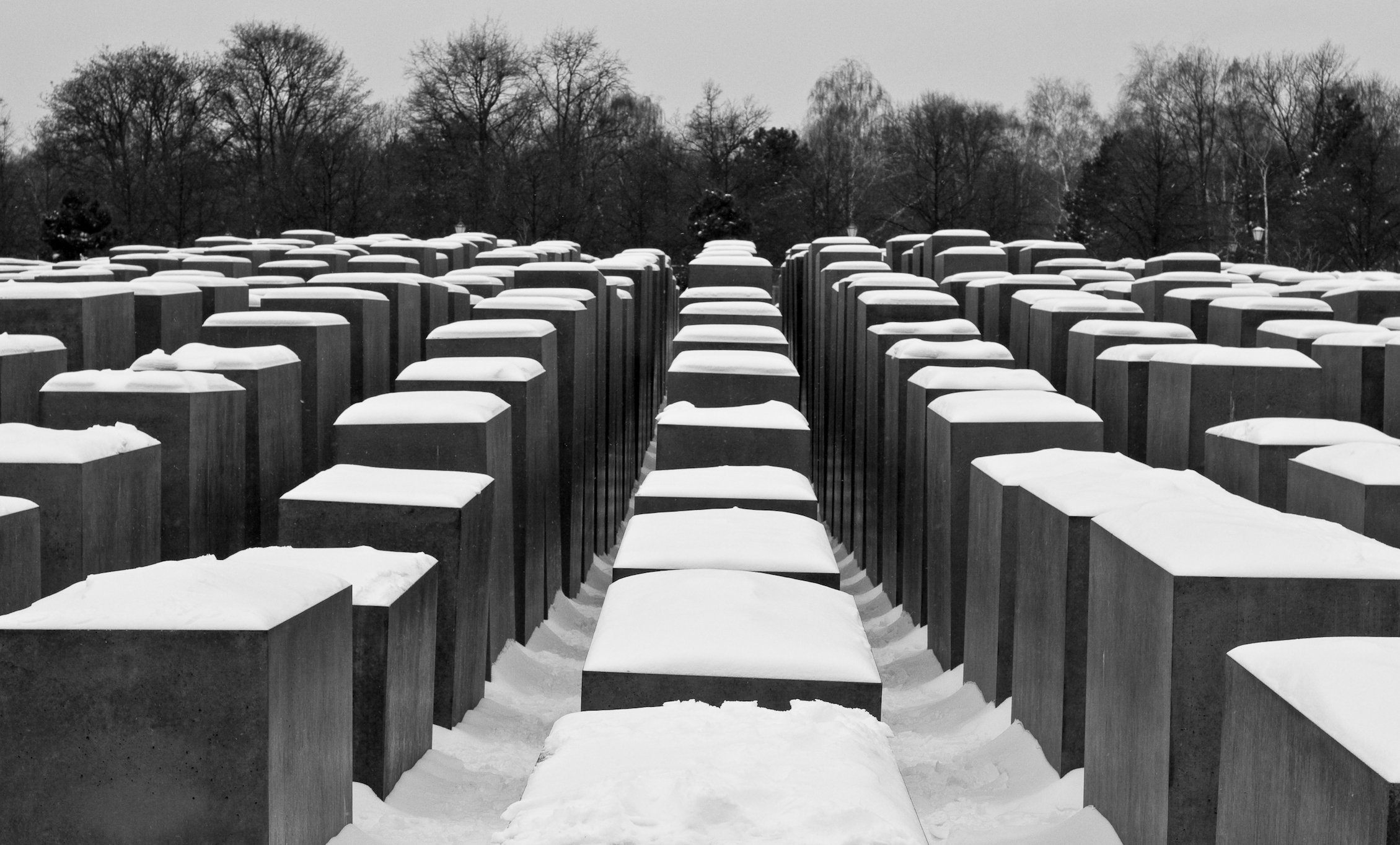 There’s a slightly unhinged man who regularly wakes us up, or sometimes just scares the shit out of me in passing, bursting into his version of opera as he walks around our neighbourhood. It’s a high, sonorous, fairly wobbly counter-tenor, but he can really belt it out.

Because of the layout of the streets and buildings, you can hear him coming from blocks away. I’d say it’s this acoustic that got him going in the first place. All his phrases have a daft kind of familiarity about them – like some aria you cannot place because it doesn’t really exist. I caught the strains of his voice over in the posh part of town once too… He gets about. And he’s a reassuring presence, particularly in the cold months when you sometimes feel the city is operating on a sort of skeleton crew; this metropolis that can feel totally desolate at midday.

Here in the middle of town we really do have quiet months, as the itinerant boho ankle-socked top-knotters bumble off to find softer climes. Then it’s just us, the slow-moving residents: the bleary-eyed pram-pushers and workers and writers who love the stones and the spidery trees against the cold-bleached sky more than the fleshy stretches of the canal in summer.

This anaemia, this hovering, this lurking under negative temperatures – and then this arrival, as you come to meet another wintry cohort at the quiet bar.

The quiet bar only plays vinyl, only plays albums, the music doesn’t change for 40 minutes, details are left in, the conversation follows suit… and the winter night stays dark, so you aren’t cruelly surprised by a dawn you have to race home against. In the summer, this is the amateur mistake, not being on your guard against the light.

Oh there’s plenty who complain of a lack of structure here, of an infuriating inconsistency. Well, you have to be a grown-up about it, after all. And a child, I suppose, to want to be a grown-up in the first place. Your inspiration isn’t lying in wait around the next corner, you can’t find it in a community that doesn’t know you, a community that doesn’t even exist in this most transient of towns. Berlin was always a good place to hide, caught as it was at the crossroads of eastern and western Europe, and for some that hiding becomes seductive. A permanent answer. Others might label it escapism, living in a bubble, a liberated unreality not in step with rest of the world. (Well you can have your world.) I think of it as survival. It is happiness. But anyone who comes here looking to capitalise on a mythology that’s grown out of very few actual examples should be warned: it’s strictly BYO structure.

Germany ripped the structure up badly last century, and the skeleton crew left behind then were wanting of many good traits. Even now, Berlin having been dealt the multiple blows of fascism, annihilation, cruel division, one often gets the sense of a city only half full – too light – not light on people but light on the weight of its people. The continuity of its people.

Some are remembered, but most are swept away.

Do only outsiders think these things? It seems wildly irrelevant, really. Very un-Berliner. And a far cry from our squalling counter-tenor. He may not be searching for anyone at all. Maybe just an audition. It’s not beyond the realms of possibility that a squeak or two made it onto my new record – the windows of my studio aren’t that thick. The counter-tenor as counterpoint to Chris Abrahams’ piano, to Joe Talia’s drumming… Oh, but he’s esteemed company.

Ned Collette’s new album Old Chestnut is out on August 24 on It Records.

Something in the Night – A letter from Berlin