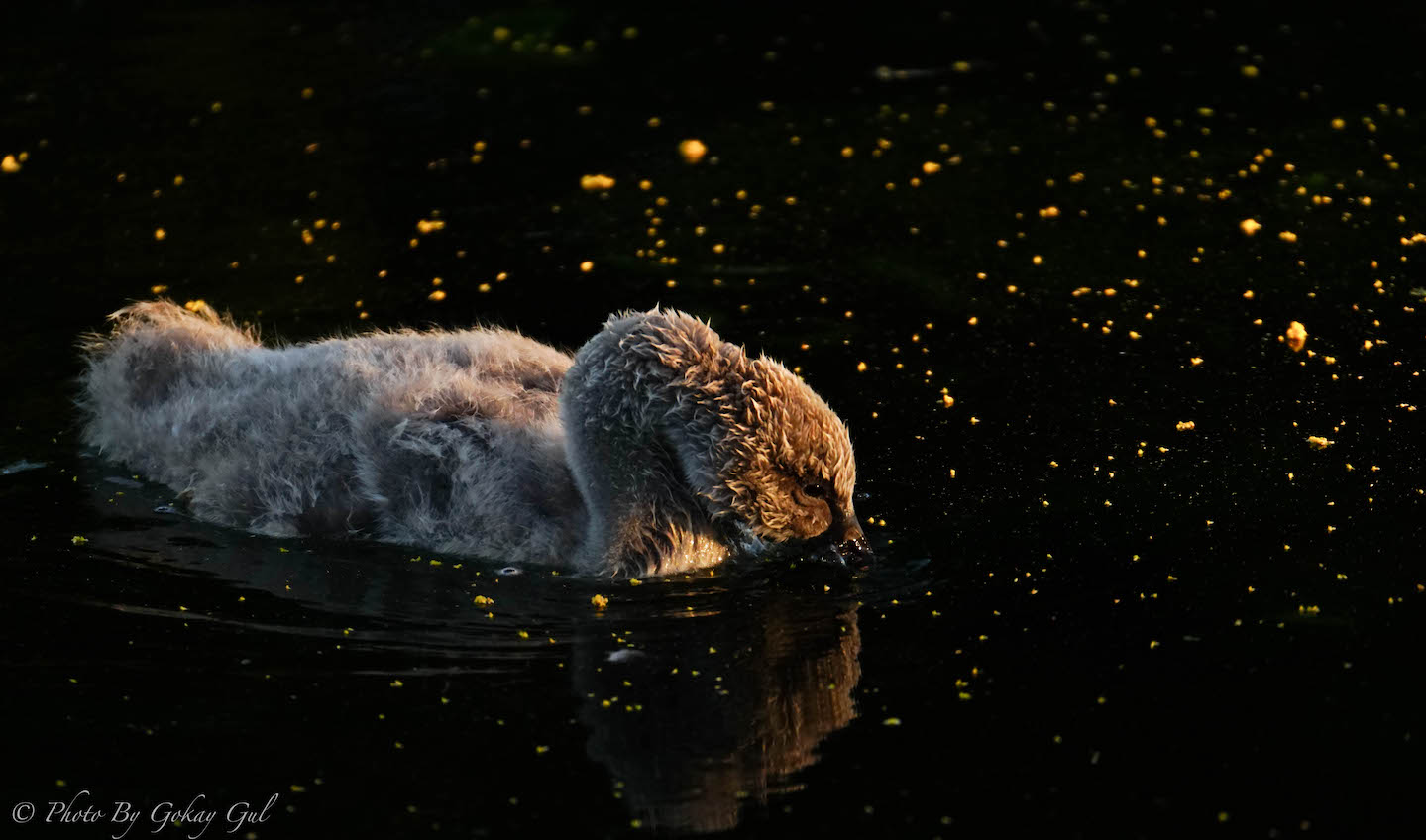 I first met the man with a bird for a name down at the dog park – Sydney Park – at the loopier, tail end of King Street. I was jogging along my usual route, up and over hills, dodging the beasties. And there he was, conspicuously white telephoto lens in hand, intent on something across the wetland. I stopped short, exiting my jogger’s reverie. “What can you see?”

He didn’t mind lowering the lens, and pointed. A flitter of brown and white wings, a long, fine beak, and skinny legs to match vanished into the reeds. It was a rare Latham’s snipe, the man told me, just arrived from Japan. Each year they fly 7,000 kilometers in three days. Close to the end of its journey this one had stopped to rest here. You have to be patient to spot it amongst the coots and moorhens, the soft little brown ducks and the occasional pelican.

The stranger with the camera and I liked each other at once. I suspect I’m not the only one to fall for his birdy charms.

Gokay Gul came to Australia from Turkey, 12 years ago. He doesn’t like to say why he left, just that it had changed back in his home country. But he’s here now, at the southern end of Sydney Park most days. “People don’t know how lucky they are,” says Gokay, looking me in the eye. “Because to understand the value of something, you have to take those things from the people’s hands.” He shrugs; loss may be the price of enlightenment, but he doesn’t want to see anyone lose anything in order to value it. Our ignorance is just fine.

Now I often stop to chat about what he’s been seeing. One time it was dotterels – Gokay had seen a pair, carrying their chicks; “their little legs hanging down”. Black swans and cygnets are easy to spot. There’s your bog standard pacific black duck and the pretty chestnut teals, plump little baillon’s crake, banded rails and olive-backed orioles, and then blue kingfishers.

“I rescued the life of a baby kingfisher, did I tell you that?” Gokay says. “Today I couldn’t see that kingfisher on the pole, but there is a kingfisher family living here. I was taking pictures. And between these trees and the high trees over there is a creek, and I was walking there and all of a sudden I saw many birds attacking something.”

He raced over to see. “And when I went there a tiny kingfisher baby was being attacked by around 20 native miners and currawongs. Now, the camera is in my hand. I can zoom in and take a picture of bird being killed by others, but no. I took a few pictures, and dropped my lens on the ground, ran to the bird, got it in my hands. The bird was with me one night. I fed it with lizards, and next day I released it just beside the pole there, in front of the parent – and it’s one day I believe I did something right.”

Gokay has forever been a rescuer. Since childhood, always a lizard in the pocket, a bird in a box brought back from the brink. Is it natural to save a kingfisher? Well, no. It’s a park. The balance of nature is all skewed. I’m with Gokay on the rescue of this rare bird. To lose a noisy miner or two to starvation wouldn’t hurt – they’re an increasing plague, and an aggressive invader in other bird territories.

But the scourge of miners is not the only concern Gokay has for the Park. He worries about the One Sydney Park development plans to build apartments on the eastern side, and wants more fencing to protect the wetlands from playful dogs – though he loves both dogs and birds – he’s the guy always with his two distinctive, lamb-like Bedlingtons.

As we talk, pile drivers hit the ground again and again and a digger does its work just a few metres away where WestConnex is building a massive interchange, an overlapping spaghetti junction which will take the cars arriving there out and around both sides of the park and spit them back into the suburban streets.

The impacts of these sweeping changes are not lost on Gokay. Come at night and the southern end of the park is awash with possums migrating, he says, from the WestConnex work site. Powerful owls follow the possums, tom cats too. A friend saw a fox. And now, next to the apartment development site, Gokay sees a tawny frogmouth has set up a nest. He’s seen a dead chick on the ground, looked upon by its parents. Their preferred home of ratty-looking trees are marked with a cross, for removal.

Gokay Gul and I say farewell once again. He’s spotted something new and I resume my trotting pace. What he can see, and what you and I can, are vastly different. The fine detail. The magic living all around. 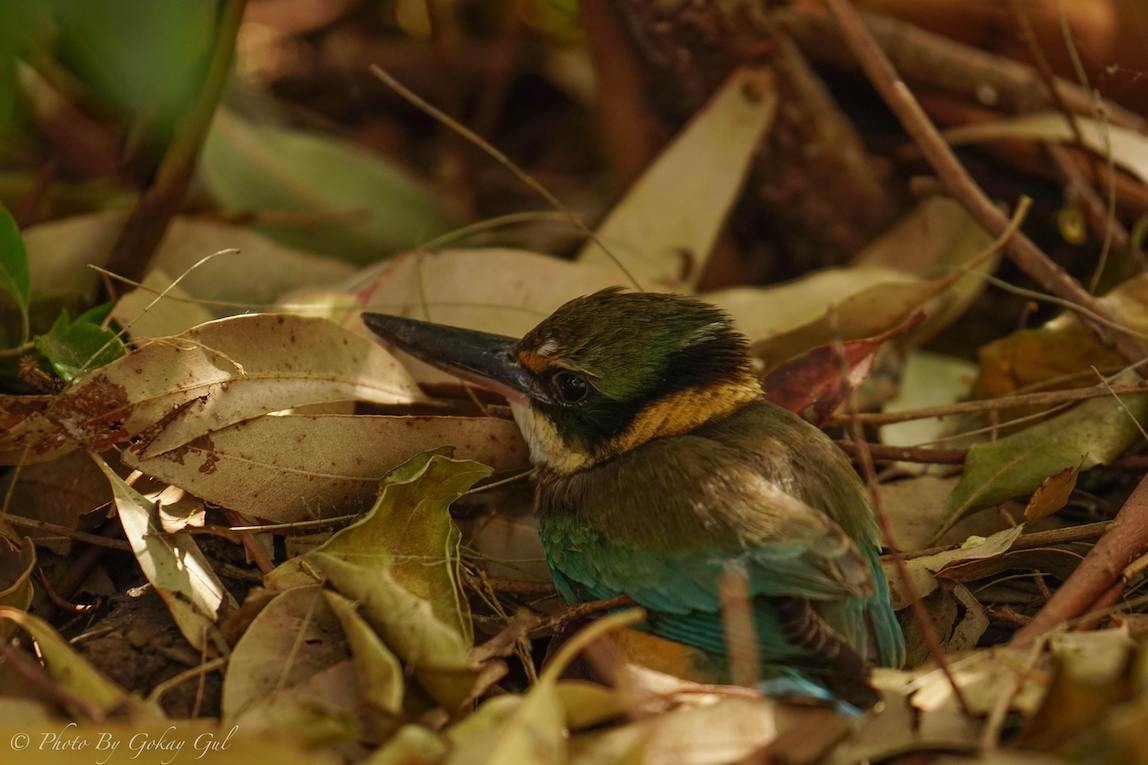 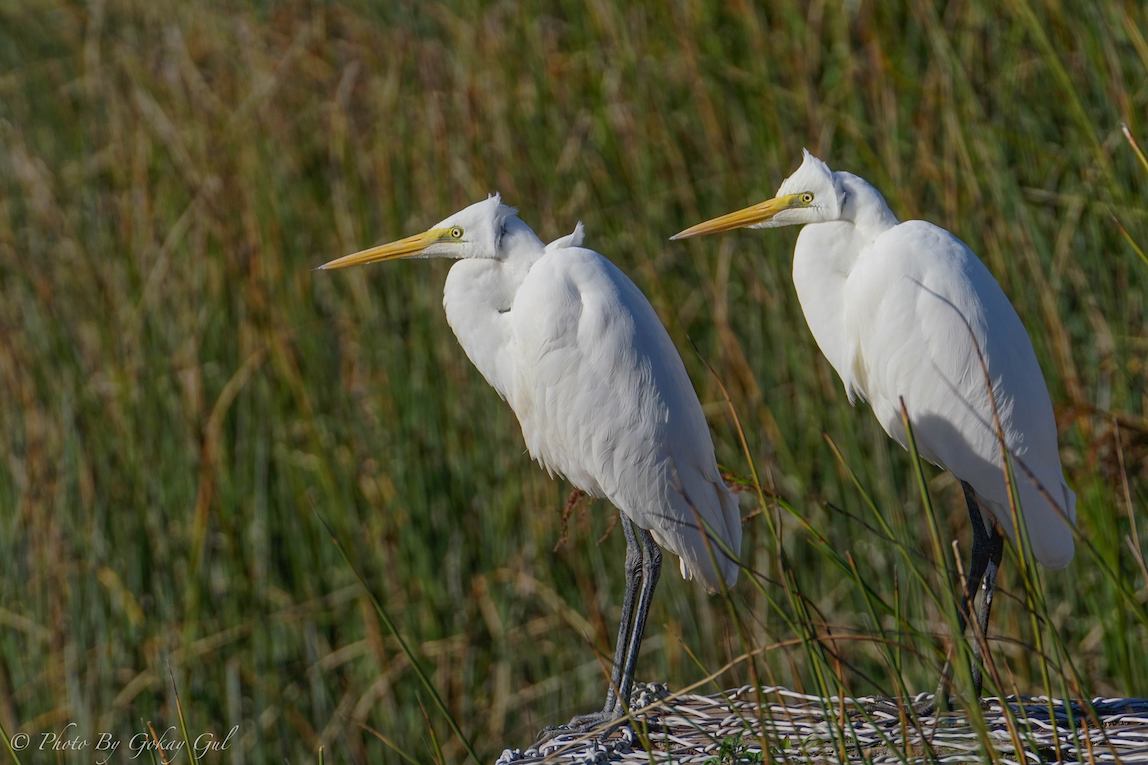 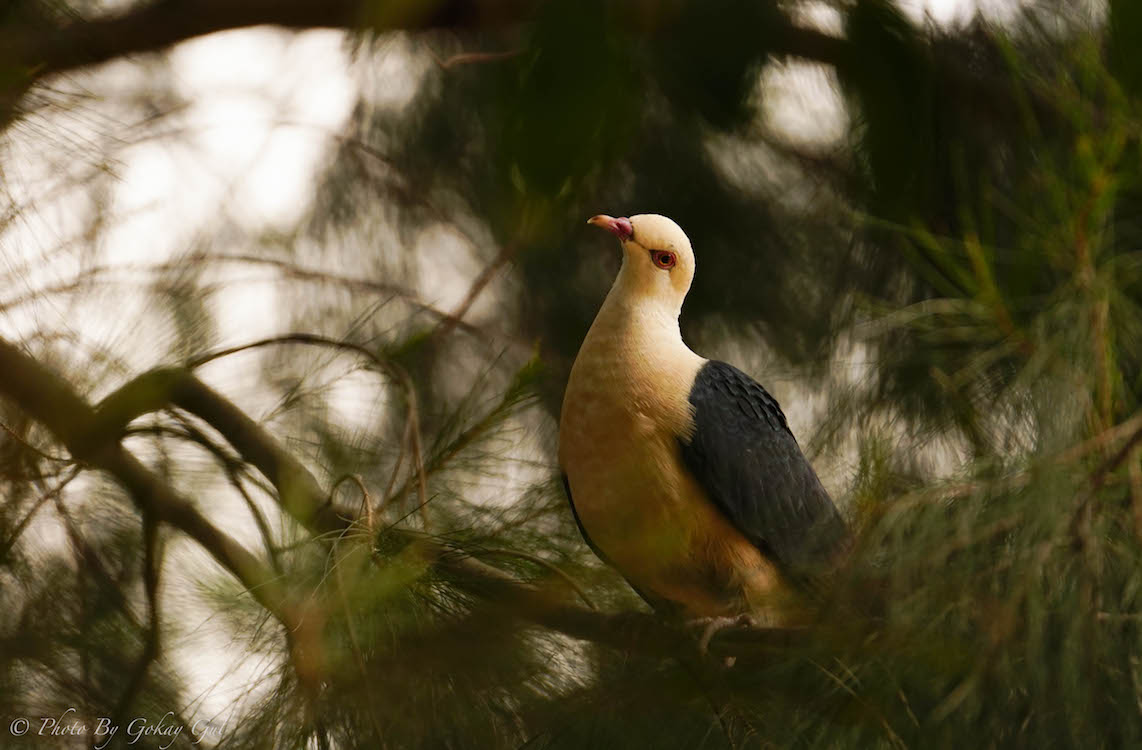 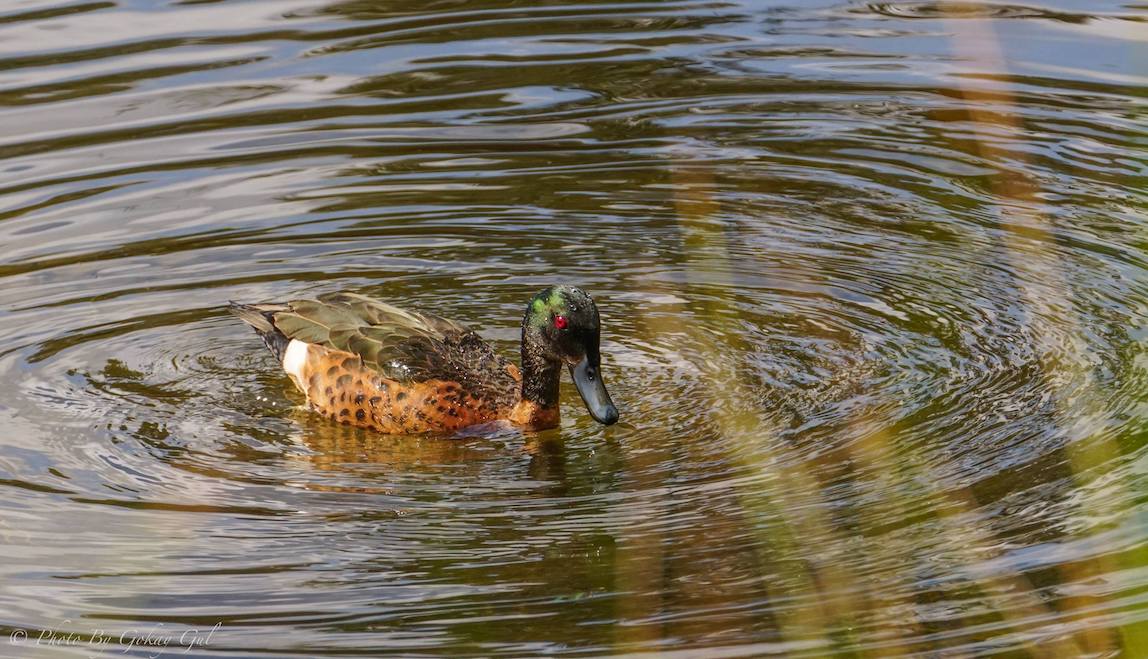 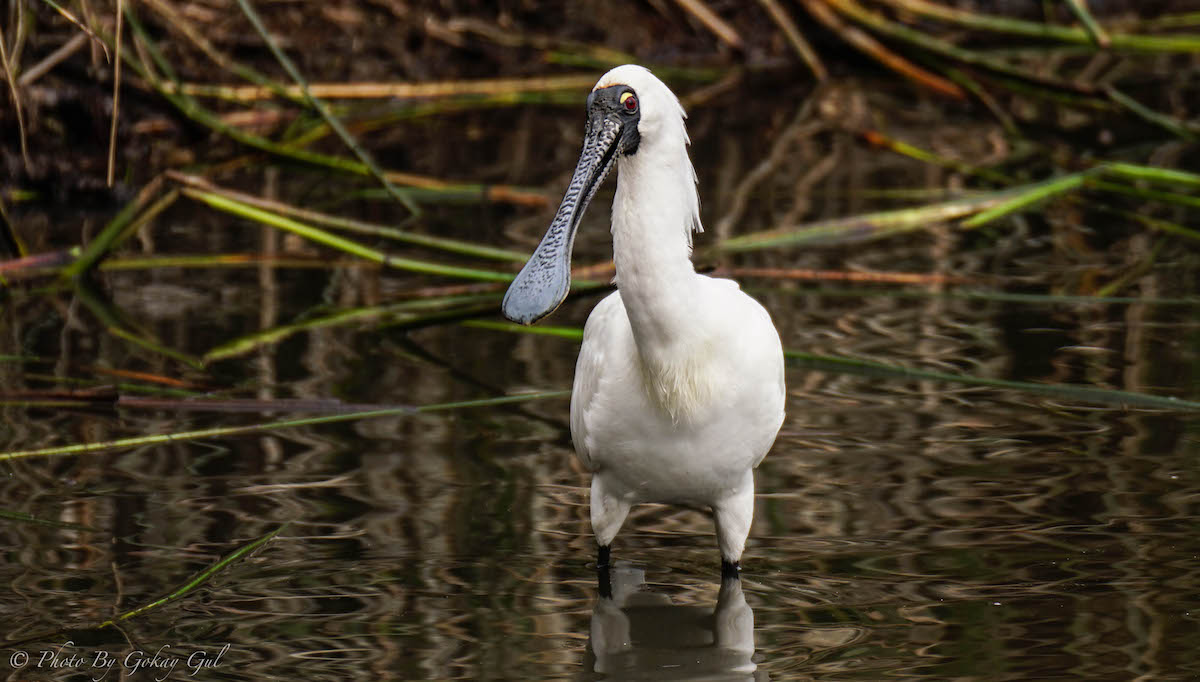