The Great Sydney Train Delay of 2018 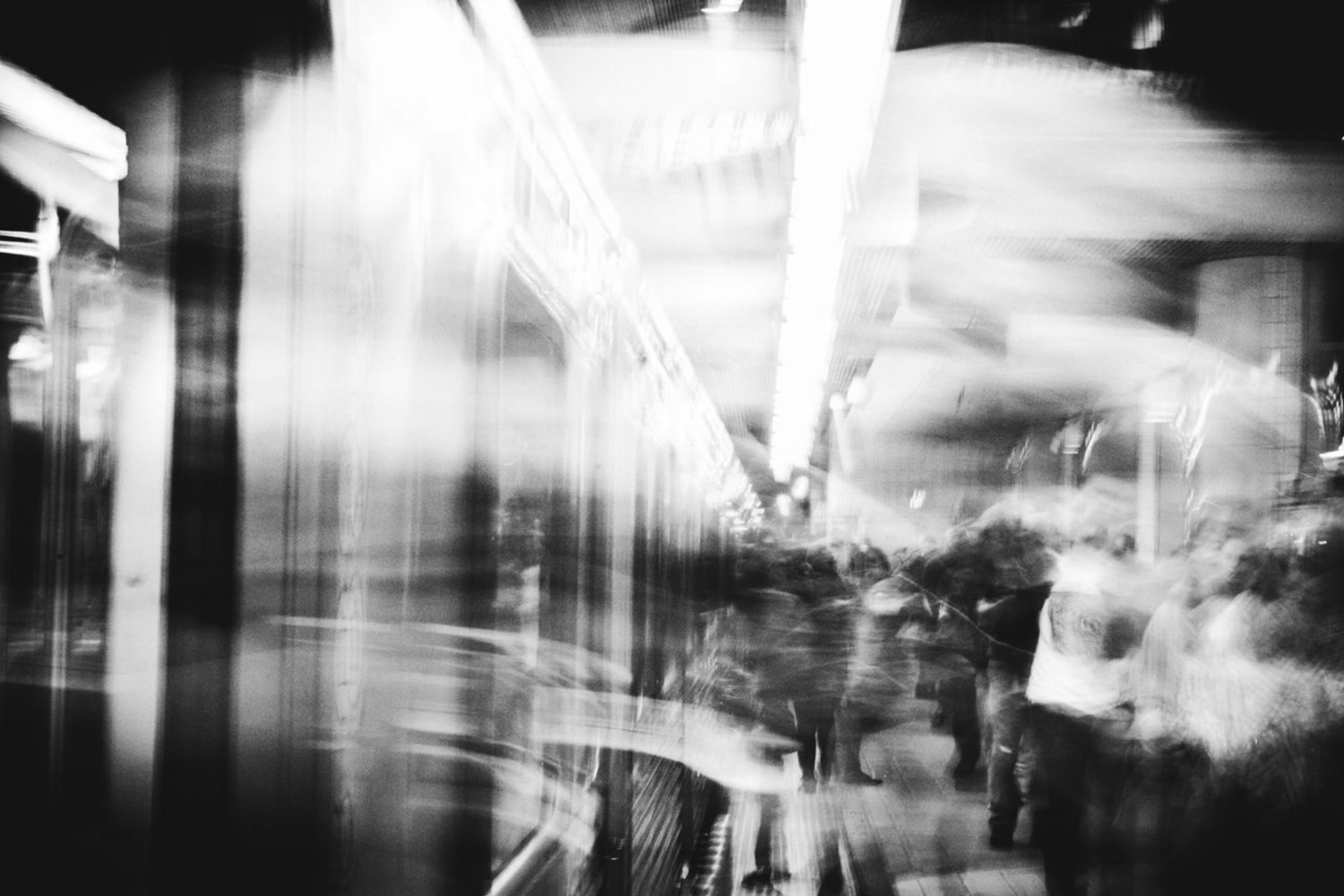 Luminous, the sky dragged its low-slung belly over the suburbs and wetways of Sydney. And spat. Lightning jabbed and cracked its knuckles – over 13,000 times, the Global Position and Tracking Systems Company would report the following morning.

Meanwhile, a small plague made the rounds among a select group of workers at Sydney Trains. Storms, sickness, ill-timed annual service leave… On top of the much-heralded new timetables, this confluence would translate into the worst two-day train delay the people of Sydney had experienced in an age.

Even as those who knew screamed through their tweeting vuvuzelas – “NO! STAY AWAY! SAVE YOURSELVES! #trains #crisis #howmuchisasegway #hungry” – the oblivious or idiot early-morning throngs descended to the devil platforms to find them thick with bodies, thicker with confusion, positively glutinous with mutinous rage.

Upon the brows of the briefcased damned hung the weight of all the wrongs the world. Herds of stalled, commuter necks snapped up at service boards to find the scrolling, glowing, apple-green text had vanished – replaced now with an evil imposter, a black plaque, hanging with an emptiness that writ large the system’s treachery. Necks snapped down again to gaze at iPhone TripView apps.

Jam-packed trains rushed past. Terminals were blocked. Stations closed. Lunging bodies were pushed back on to the platform as they tried to jump on.

In the carriages themselves elbows and all other ossiferous nubs – knuckles, hips, kneecaps, protuberant brow ridges – were deadly. Flesh pressed into flesh, bone into bone, mashing and splintering and, because it was too much now to even flinch, the people fused into one monstrous, hot conglomerate of expanding irritability. The pervs of the city had a field day. “Grab on my waist and put that body on me,” wheezed Ed Sheeran through a pair of staticky earphones.

Spare a thought, now, for those suffering irritable bowel syndrome, who, with sphincters clutched, rode those carriages one steel rail at a time to their receptionist job in Leichhardt, to exchange an antique sugar bowl in Artarmon, to remove a tooth in Surry Hills, to check on the growth of some laboratory seedlings in Gordon, to check on the growth of some horrible chest mole in Redfern, to take coffee with Sharon at a place in Lidcombe which Sharon chose.

Speeding across the Harbour Bridge in their Hyundai Elantras and Ford Fusions, car drivers clacked their enamelled teeth with laughter as they listened to radio reports of the public transport chaos. Uber drivers beamed their joy to glum-faced passengers (who had understood the portent of the tweets), customers they’d picked up as they bounced about laneways and lurked near stations. They would treat their loved ones that night to KFC.

Cyclists wriggled their lycra-enswaddled glutes in delight. One even rang his bell.

Back underground, infants shook through frantic, disbelieving tears. “LEAVE IT!” shrieked a mother, swinging her child above her head, helicoptering its cotton-clad legs to shove passed the crush of people to the exit door. The child wailed, having left behind a raspberry-scented lip balm she’d got for Christmas along with a vanilla-scented spray. The tube of balm now sat wedged between a pair of buttocks, which had shot into the vacated seat.

In Nick’s duffel bag was Working Class Boy, a new memoir by Jimmy Barnes. He’d bought it at Kmart last week, along with a new pillowcase to replace the one his cat had lately pissed upon. Nick had taken Jimmy with him that morning, had palpitated at the prospect of reading the final chapter on his commute to Clark Rubber, where he worked as store manager. Performing unnatural contortions in his mid-carriage seat, his spongy, long-palmed hand somehow managed to retrieve the book from the bag.

Opened it. Then. The unthinkable. He could not feel Jimmy. He could not feel him. He could not locate his rough, sweet voice; sensed not the touch of his rough, honest mind. A terrible moat of indifference encircled the prose of the Aussie rock legend. Suddenly, Nick realised he’d always hated the 1991 album Soul Deep. “Jimmy!” he screamed, “JIMMY!”

“Shut up,” his neighbour said, and jabbed him in the kidneys. Other passengers took the gasp to be another death by asphyxiation on the Sydney trains that day.

The Great Sydney Train Delay of 2018

The Email Eunuch A Friday night report on sexual politics, Harvey Weinstein (again), Facebook and #MeToo
by L.A.C. Vader
"When, a few days after the Harvey Weinstein sex spectacle, female Facebookers started posting #MeToo, I felt concerned that an overcorrection was occurring and men were copping it a bit."
Full Article
Issues
Correspondence