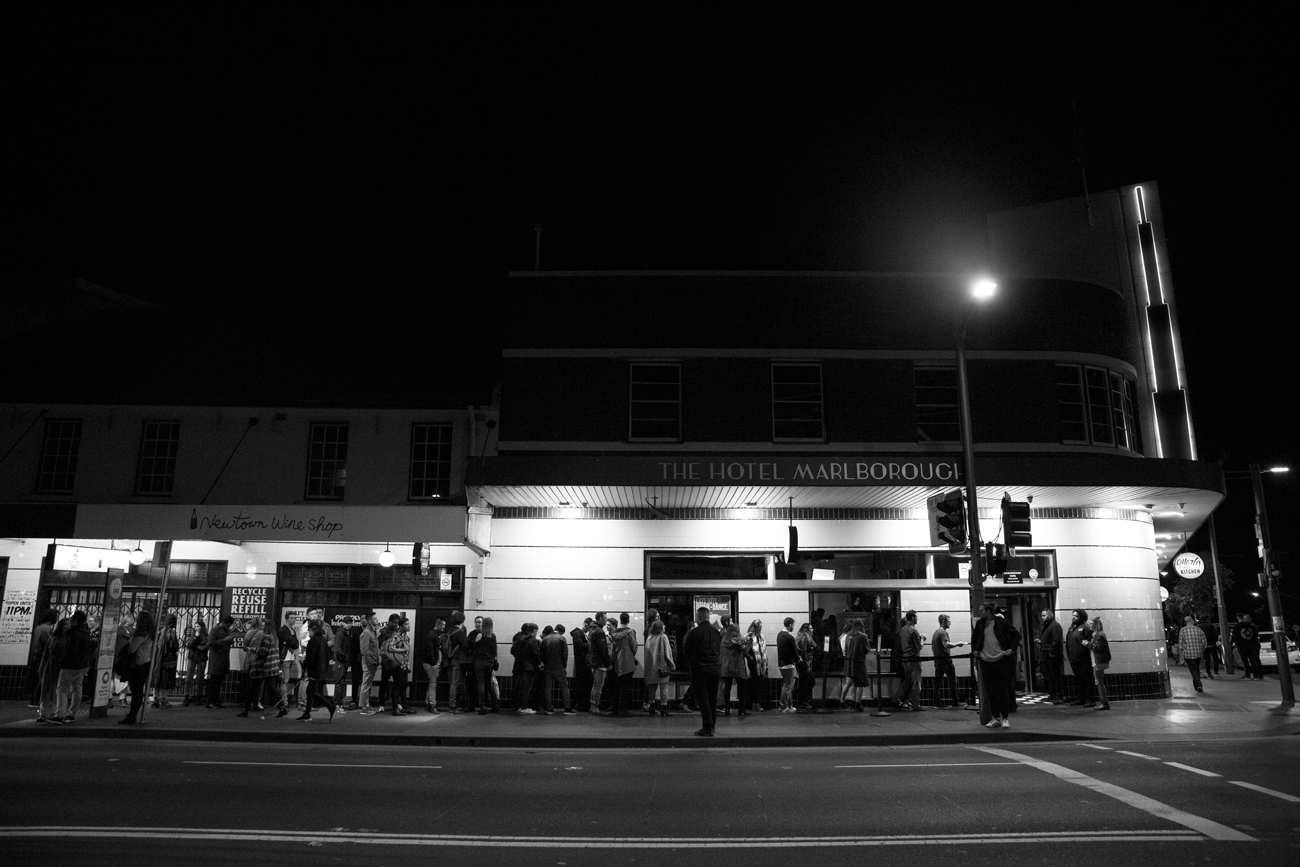 Ten-to-midnight on Friday and King Street, Newtown, almost feels like Kings Cross did before it was neutered.

There’s a 30-person line outside Webster’s. Burly security guards interrogate those at the front about where they’ve been and how much they’ve had to drink, before letting them in or turning them away. Those who’ve had enough inside wander out, some supported by friends.

A young blonde wearing high heels and a white sleeveless dress that stops halfway up her thighs walks past the queue, and down the street. Out a cab window, a young man yells out to her, “Oh you’re lovely. Loooovely.” The cabbie beeps at the heavy traffic ahead, and the young man turns his attention to it and yells, “F___ing hurry up, you c___!”

Beneath the ‘I Have a Dream’ mural, the chef in the falafel food truck is churning out wraps to hungry revellers. A bearded man in a denim jacket with ‘Suicidal Tendencies’ embroidered on the back goes to the side door of the food truck and gifts the chef two Rio Bravo tinnies. “I’m not gunna drink ‘em,” the man says to the chef. “You enjoy ‘em later.”

North along King Street, just outside IGA, Marlene Cummins – a prominent local Aboriginal musician – sits alone on a milk crate, playing soulful rhythm and blues on her saxophone. A homeless man with a scruffy white beard drops some coins in the case that is open at her feet. Moments later, a young man walking passed with his mates yells, “Saxamaphonneee!”

The Marlborough Hotel is the busiest of all the venues on King Street. The line to get in is over 50 people deep. Many queueing barely look 20 years old. The security guards are hard-faced.

Just around the corner, two 18-year-old girls are slumped against the pub’s tiled wall, caring for their friend who is catatonically drunk. A group of three young men walk by. One points and announces to his mates, “Check it out! It’s not even twelve and that chick’s passed out already!” They break out in laughter.

There is a large crowd inside and outside Istanbul on King, scoffing down kebabs and hot chips. Many litter the pavement with wrappers. A group of three young men with gelled hair and foul mouths laugh at two pigeons that are about to mate on the road. One steps forward and disturbs the birds. His friend yells at him, “What the fuck, man? That bird was gunna get laid!”

A woman in a short pink dress walks past and groans at their immaturity. One of the men tells her to shut up. She returns fire and gives them the finger as she walks on. Another of the men yell back, “F___ing slut! Go wear pink!” 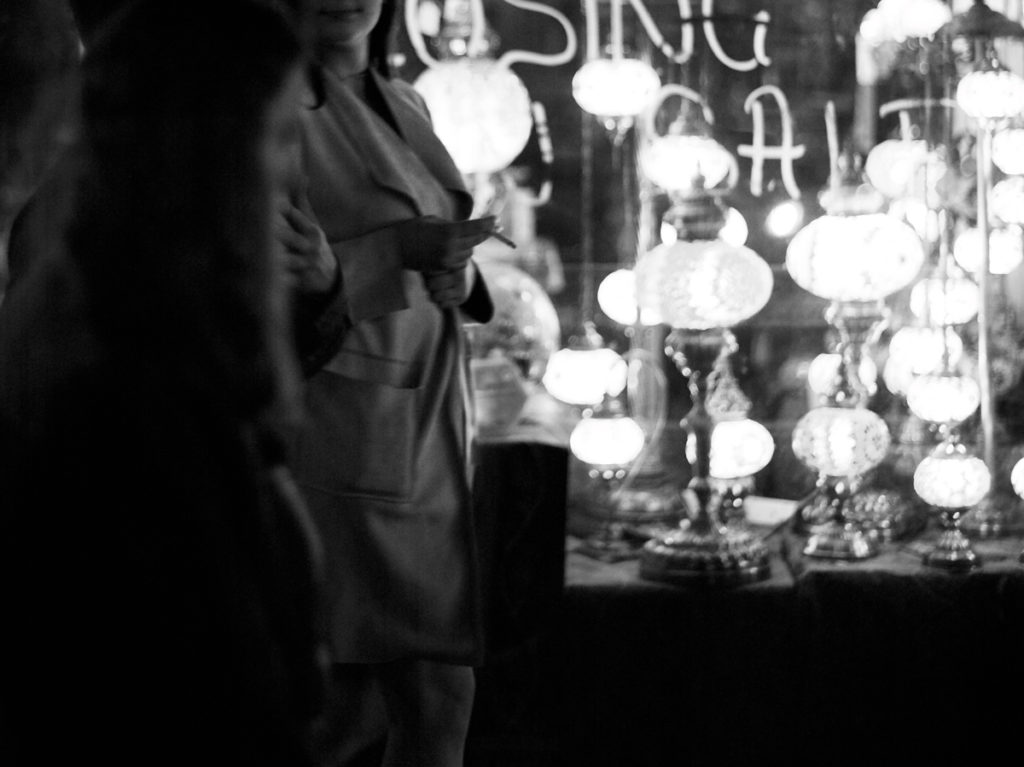 Passers-by in Newtown on Friday night. Photography by Nick Gascoine

“There is a lot that has changed in Newtown, there’s no denying that,” says Jenny Leong. She’s been a resident of the area since 1996 and, running with the Greens, became the first ever State Member for the newly created Electorate of Newtown in March 2015.

One of the most significant changes discussed at two community meetings co-initiated by Leong in July 2015 and March 2017 was feeling that Newtown is less safe, queer and weird. It’s believed this is a result of the influx of party-goers from around Sydney since lockout laws were introduced by the NSW Liberal government in 2014. As Leong explains: “The number one thing I hear from people in the community is the rise of low-level harassment, anti-social behaviour and intimidation, especially late at night.”

Superintendent Gavin Wood from the Newtown Local Area Command disagrees with this. “There’s nothing statistically or anecdotally which corroborates that,” he says. “On the weekend, the area is definitely more heavily populated. But from a policing perspective, we’re still very happy with the environment. I still believe it’s a very safe environment for all members of the community.”

One surety, going off official crime statistics, is that there has not been an overall spike in more serious, alcohol-fuelled violence in the Newtown area. Nevertheless, there have been a number of shocking transphobic and homophobic assaults which are cause for serious concern. In June 2015, at the Town Hall Hotel, Stephanie McCarthy was repeatedly called a “faggot” by a group of men before being bashed. Then in April 2016, Isaac Keatinge was bashed near King Street after confronting a group who made transphobic comments about him wearing a dress.

Despite Superintendent Wood’s view, Leong insists a long-term solution is needed to ensure Newtown is as safe and welcoming as it can be at all times of the week. She doesn’t advocate for extending lockout laws to Newtown or having a heavier police presence, instead saying “we need to look more at education, increasing the diversity of venues and allowing smaller bars and restaurants to stay open later, improving late night public transport, and improving responsible service of alcohol.”

The perceived rise of anti-social behaviour by some in Newtown, however, isn’t the only change threatening the suburb’s status as one of Sydney’s most vibrant, diverse and unique.

As with many inner-city suburbs, it is becoming increasingly gentrified. Between 2008 and 2016, the median price for a unit increased from $330,000 to $765,000 while the median price for a house increased from $653,000 to over $1.3 million. “Housing affordability and security is a real risk to the diversity of our community,” Leong explains. “The first and most pressing priority is to improve renters’ rights.” She advocates for a statewide end to no-grounds evictions and a restriction on rent increases so people who rent “are not subject to the whim of greedy landlords.”

Then there is the matter of WestConnex which, while not passing directly through Newtown, may lead to King Street becoming a 24/7 clearway to accommodate for the increase in traffic throughout the inner west. “Anyone who knows the Parramatta Road knows the impact that has had on local businesses and pedestrian use.”

Despite all of this, Leong half agrees with Superintendent Wood. She believes Newtown hasn’t lost its identity completely and remains a special and unique place in Sydney where everybody – no matter their class, sexuality or race – is able to express themselves freely. “Venues and demographics have certainly changed but there is still a very strong community spirit around the streets,” she says. “The biggest challenge we face in the future is maintaining that community spirit and keeping Newtown a place where diversity is celebrated.”

Saturday afternoon and Newtown is much quieter than last night. It feels like a different suburb altogether. People browse the stalls of the local markets and have lunch at one of the many restaurants or cafes. A bookseller out the front of St George bank has hundreds of classic titles laid out on a trestle table and several buskers play up and down King Street. The Courthouse Hotel, with its sunny courtyard, is crowded but relaxed.

It’s prime time at Camperdown Memorial Rest Park, just across from the Courthouse. There are well over a hundred people there – families, couples and friends – enjoying the warm winter sunshine. Some sit and read, share a joint, drink, chat, picnic or play music, while others toss frisbees, kick footballs, play-wrestle or slack line. There are dogs running around everywhere, some causing havoc for the picnickers.

The afternoon stretches on and the sky goes from a bright blue to a soft pink. The sun drops behind a huge band of bushfire smoke and becomes a burning orange ball, before dropping out of sight altogether. People in the park begin to pack up and leave for home or the pub.

Another day in Newtown has ended. And another night is about to begin. 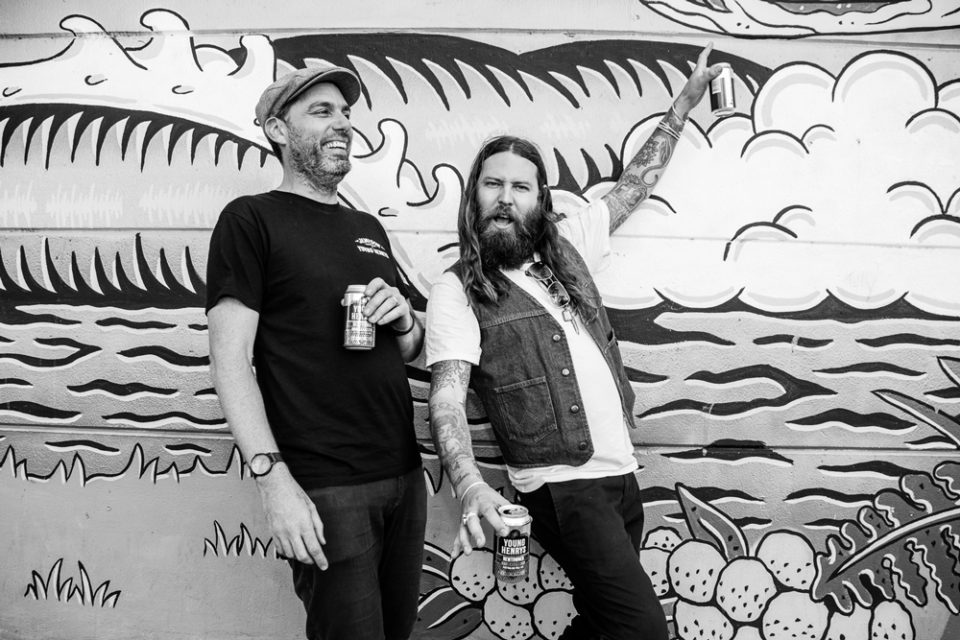 Almost Newtown How Young Henry’s rocked up with the beer of the inner city
by Benito Di Fonzo
If Young Henry’s really wants to capture today’s Newtown they should flog a beer-flavoured frozen yoghurt sold through Thai restaurants... “Hey, that’s a great idea!”
Full Article
Issues 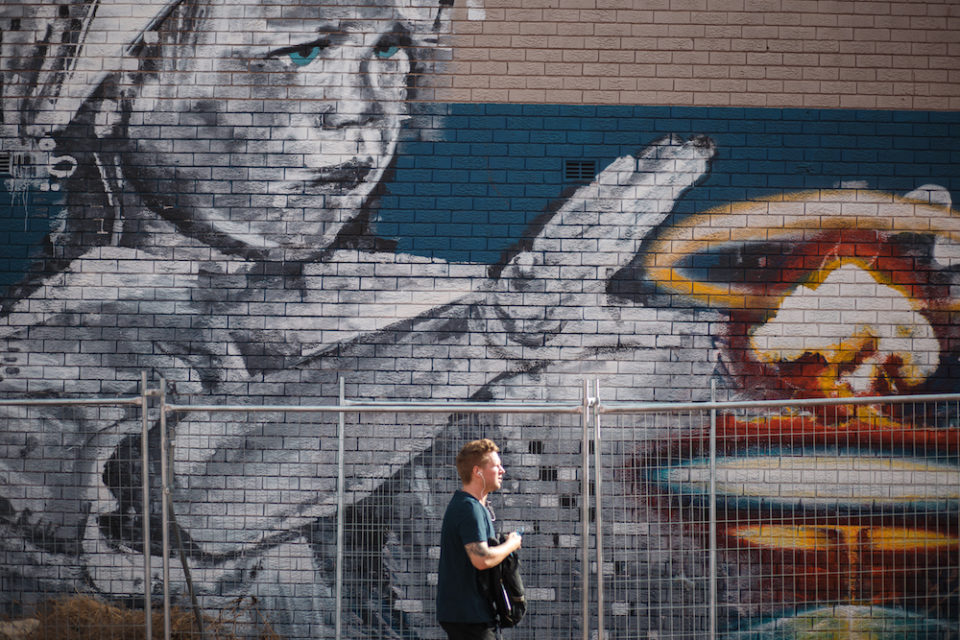 Real(i)ty Bites Newtown’s knowledge class illusions
by Helen Razer
Newtown is like a real-life Facebook feed: we all agree on important moral matters, and only the foolish dissent.
Full Article
Footpath 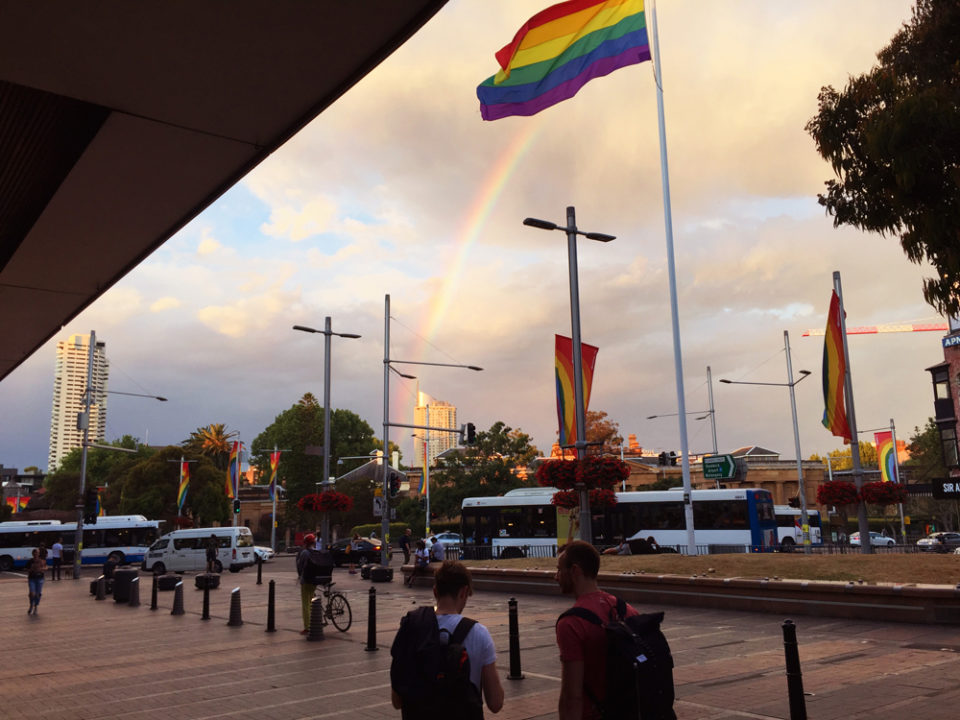 MM Marriage Equality
by Mark Mordue
RAINBOW GOD I saw a rainbow over Oxford Street the year we took a vote about love as a right, about the shape of one’s betrothed. I must be sentimental cause tears get in my eyes: how do we rule over feelings, how can a truth be given here and there denied? I saw the...
Full Article
X