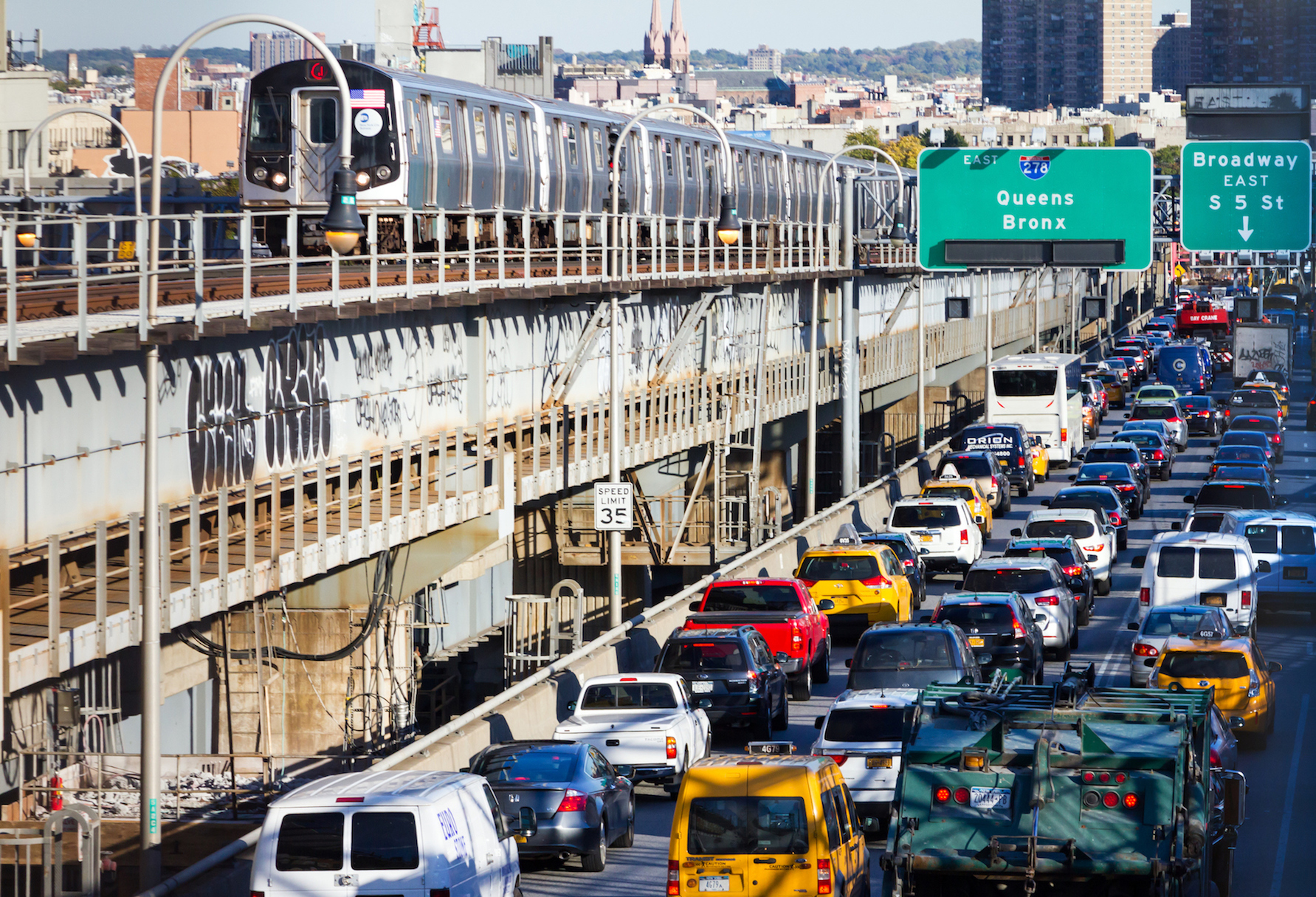 Who doesn’t love the Chrysler Building’s tiara? The Ford Foundation Center’s courtyard garden, which turns a takeout lunch into an urban picnic? The old Mobil building still makes a statement with its “crushed can” skin. And there’s the General Motors skyscraper, where, if nothing else, you can nab a computer at 3am from the 24-hour Apple store. None of these eponymous edifices have housed a car or oil company’s corporate headquarters in decades. But endless honking horns and sirens form the soundscape of New York, our streets are clogged daily, every surface cloaked in a grey film from exhaust.

For a city where fewer than 45.5 per cent of households own a car (less than 24.4 per cent in Manhattan), our relationship with automobiles is, well, complicated. The repeated failure to implement congestion pricing, a once per decade occurrence, underscores this quirk of our nature. After much ballyhooing by the Governor, a plan to charge cars US$11.52 and trucks US$25.34 for travel between 60th Street and the Battery during busy hours died a quiet death, smothered during state budget negotiations. Touted as a win-win-win – a revenue raising, atmospheric cleansing, traffic tonic – it went down in Albany as smoothly as a wheat grass shot at a brewers’ picnic, despite some deft attempts to make it palatable to the usual naysayers by lowering existing tolls while raising new ones.

In a final flicker of the Enlightenment, the city’s street grid was devised in 1811 “in such a manner as to unite regularity and order with the public convenience and benefit and in particular to promote the health of the City … [by allowing] a free and abundant circulation of air.”

It didn’t take long for elegant rationalism to run afoul of some very visceral issues. At the peak of our first emissions calamity, the Great Horse Manure Crisis of 1894, the city was mired in a million pounds of poop per day (with a chaser of 10 million gallons of horse piss). Much like current predictions of sea level elevation, only stinkier, Victorian prognosticators foresaw a city-wide dung pile 30 feet high by 1930. Instead, by 1912 automobiles outnumbered horses and the last equine-powered streetcar ploughed to a halt in 1917.

Cars and modernity seemed like the perfect marriage. A hundred years later the romance is gone. Traffic crawls at 4.7 miles per hour in Midtown Manhattan mocked by the towering deco architecture evoking speed. A double espresso and you’re walking faster.

Even more frustrating than attempting to get somewhere is parking once you do. And not just in the middle of the city, everywhere is the same. Lives have ended over a spot. Then, you must move your car twice a week. It would be easier for me to explain the rules of cricket to a deaf and blind American than for a New York car owner to demystify ‘alternate side parking’. I’ll never understand how people rise at cruel hours to shift their car, double-park it while the gutters are swept, then somehow repark after they’ve commuted to work on the subway. Perhaps massive fines make this magic happen?

The price of freedom, I suppose. The nation’s stated goal is “the pursuit of happiness”, not its actual attainment. Automony’s ultimate symbol is the car. Yet, before our eyes, gas stations are vanishing from all corners of town. Real estate is too valuable, they no longer make commercial sense. As we’ve witnessed before, shit happens, and then somehow, it’s all gone. Is this the harbinger of the end of the car? Will the combustion engine just starve to extinction?

We can only hope so.

Indefinite Leave to Remain A letter from London
by Will Self
Inner-city London is a civic space carved up and meted out according to the dictates of capital returns on the global market, rather than the needs of local people.
Full Article
X