Burning Down the House A Letter from Melbourne 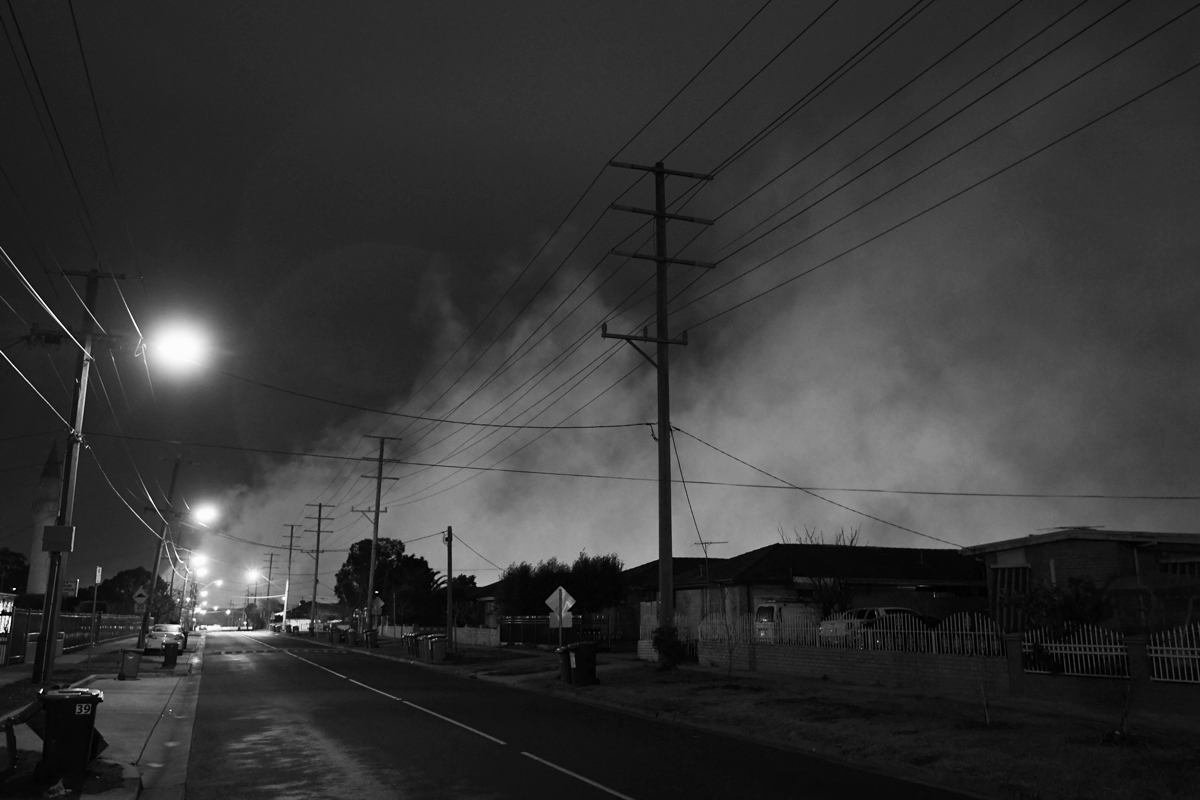 As soon as I got out of my car, I could smell the acrid stench of burning plastic.

A suburb of Melbourne, Dallas is just 18 kilometres from Federation Square. It stretches out beyond Broadmeadows at the end of the Upfield train line in Melbourne’s north. On some measures it is one of the most disadvantaged places in Victoria.

The community is a mix of poor white working class and Turkish immigrant. The housing stock is run down. Amenities are few. The shopping centre has a a big IGA, a grocer, several falafel joints and a Turkish bookstore. The day I was there, a group of old men were gathered outside, smoking and chatting.

Dallas has jobs: there are factories and plants everywhere. The rent is low by Melbourne standards. But it also has high levels of unemployment and poverty. It has a very different feel from the conspicuous consumption on display in Brunswick, just a few stops down the Upfield line. There are no funky bars, but the palatial Coolaroo Hotel boasts a bistro, an enormous pokies room, and is open until 4am.

Dallas is a reminder that in the less buzzy reaches of our major cities, waste recycling and industrial facilities nestle side-by-side with the only kind of housing poorer Australians can afford.

On July 13, a fire broke out at the Coolaroo plant of the waste firm SKM Recycling in Maffra Street. Although fire crews got there in minutes, the blaze was already well out of control. The fire was vast, fuelled by the huge mounds of garbage and recyclables piled in the yards. At the height of the conflagration, flames leaped 30 metres into the sky and more than 100 houses from surrounding streets had to be evacuated. One resident told journalists it was “as big as a sports field and as high as a factory.” It burned for eleven days.

Dallas got lucky: no-one was seriously hurt, although there were hospital presentations for asthma. The potential health impacts of smoke inhalation are serious, with the fire releasing a toxic brew of aromatic hydrocarbons and tiny particulates. Hundreds of fish died at Jack Roper Reserve in the wake of the fire, after water used to fight the fire seeped into the local water table.

Fires at SKM are nothing new. There were two fires in a week at the plant in February this year, and another in June, releasing high-level hazardous smoke. This month’s fire was the biggest. The plant was partially destroyed and millions of dollars of damage was done. In addition to the fires, the company was recently fined more than $200,000 after a worker lost a hand in a horrifying accident at the Coolaroo plant. So far, there has been no compensation to the residents of Dallas. However, a class action is underway; the first meeting was held on July 26 at the Coolaroo Hotel.

Both the Metropolitan Fire Brigade and the Environmental Protection Agency are meanwhile investigating. SKM is also conducting an investigation and has apologised for the public impact.

Down a long driveway into the middle of a huge industrial lot, I could see the extent of the damage. From a mound of congealed concrete, I got high enough to look over a landscape of burnt waste. Huge piles of rubbish still smouldered. Several fire hoses rained down water. Men in high vis patrolled the outskirts with walkie talkies. It was a suburban disaster zone, 18km from the centre of Melbourne.

Burning Down the House – A Letter from Melbourne 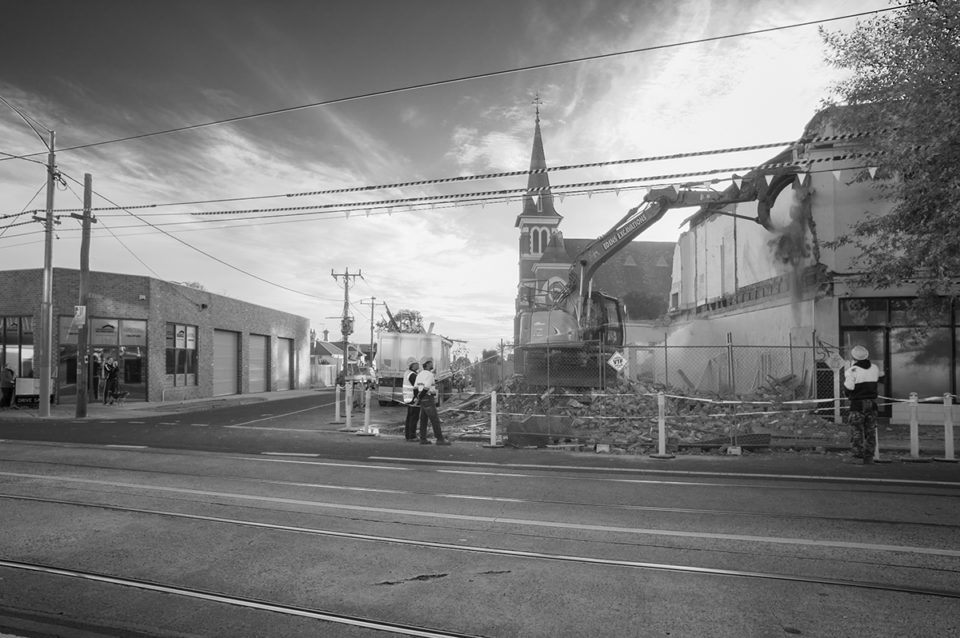 RePreston A Letter from Melbourne
by Ben Eltham
Preston was made famous in Courtney Barnett’s song, ‘Depreston’. But such is the pace of gentrification that most of the music video was shot in the adjoining suburb of Reservoir.
Full Article
Issues
Correspondence

Rough Sleeper A Letter from London
by Will Self
A new season of woe bites deep into the wanting flesh of the city's poor.
Full Article
X