“Colour really affects me deeply,” says artist Jonny Niesche. He must be very unaffected by this all-white box we’re in then. Next to him is electronic music producer and collaborator, Mark Pritchard, who looks as if he’s just woken up.

“Yeah, when I first saw your work, one of them felt like the onset of a migraine,” adds Mark with a laugh. “It felt like the beginnings of what my brain feels like at that moment.”

Both are considered experimental artists, “but I wouldn’t consider myself experimental,” says Mark. “My work’s a tribute to something more challenging and not as easy emotionally. It’s moving through different emotions and colours.”

At face value, it’s hard to imagine these two – Jonny in a beige jacket, Mark in all black – as apostles of colour, but in fact it’s their point of collision. Colour, for them, equates to emotion. Jonny’s garish use of colour, his slow shifting use of perspectives and Mark’s twisted sounds and overall ‘aural weirdness’ whirl, bounce and vibrate.

“Colour is on the surface of everything around us. It’s kind of like the filter between seeing and experience,” says Jonny. His works are very considered, “quasi-performative” pieces interacting with space and scale. “I want to create an experience that’s immersive. That you can just disappear or have a semi-transcendental kind of feeling.”

Mark’s approach is less constructed. “I’m not really thinking about it,” says Mark. “I’m just reacting to a moment. Music comes as a reaction.”

His music, at times epic and monumental, then masterfully restrained, is an emotional soundscape. “I often have pictures of paintings and things on my screen when writing. When you are looking at something, the colour of an emotion is really powerful and its part of what comes out of you.”

“It’s a balance of tone. Of colour, of sound and of light,” says Jonny about their collaboration on Virtual Vibration.

Virtual Vibration will display on the façade of MCA and run as part of VIVID from 25 May – 16 June. Visit VIVID website for more details. 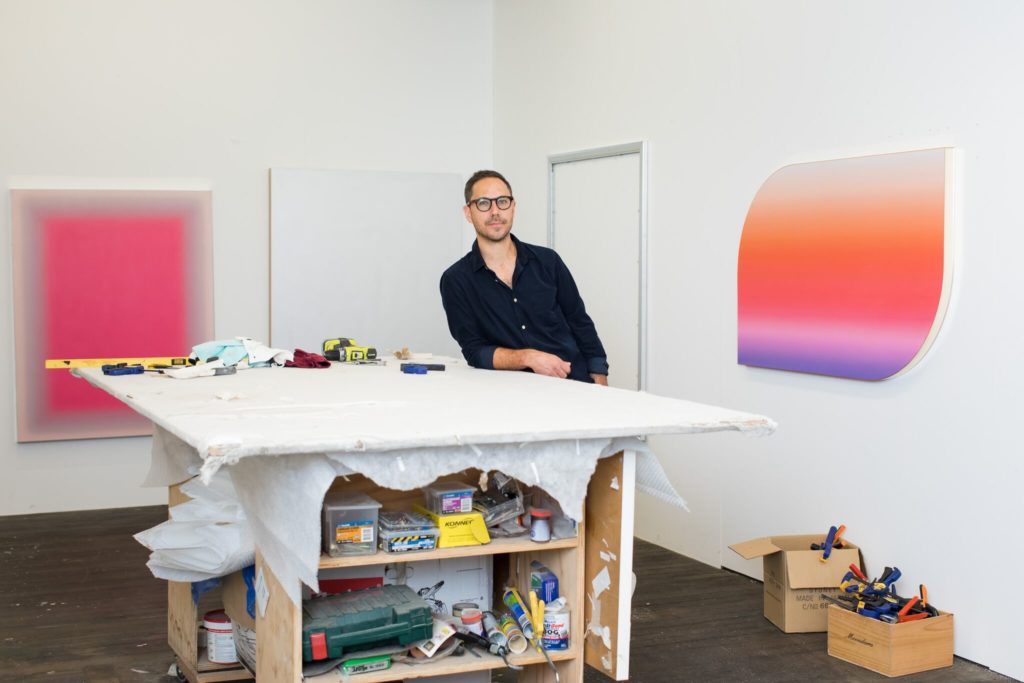 Jonny Niesche at his studio. Photography by Jacquie Manning. 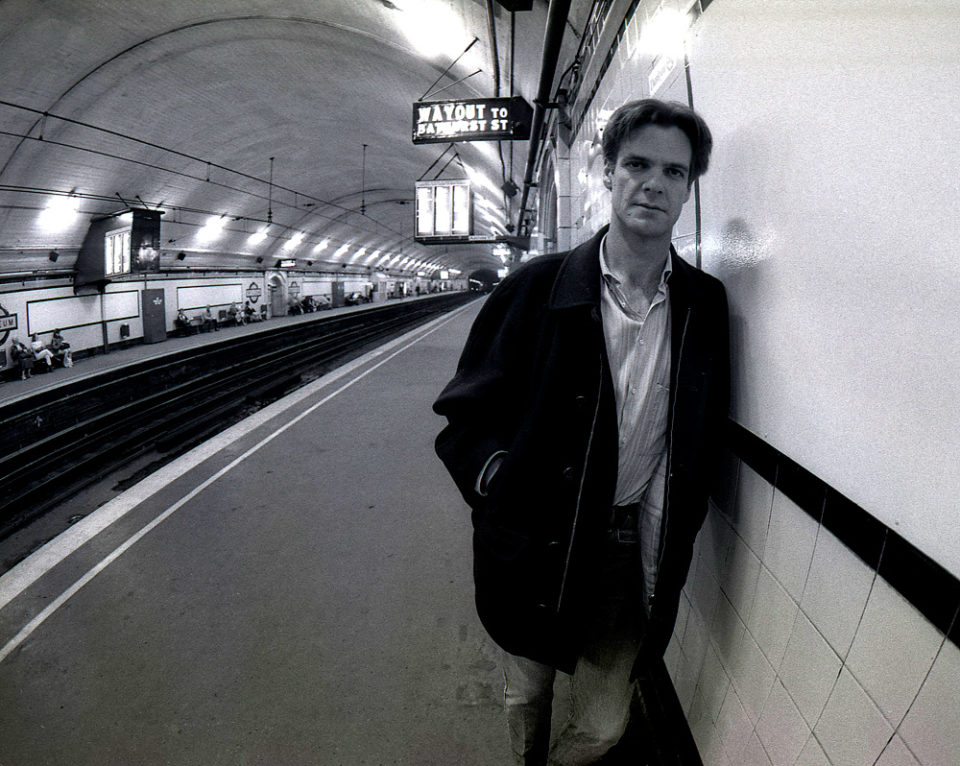