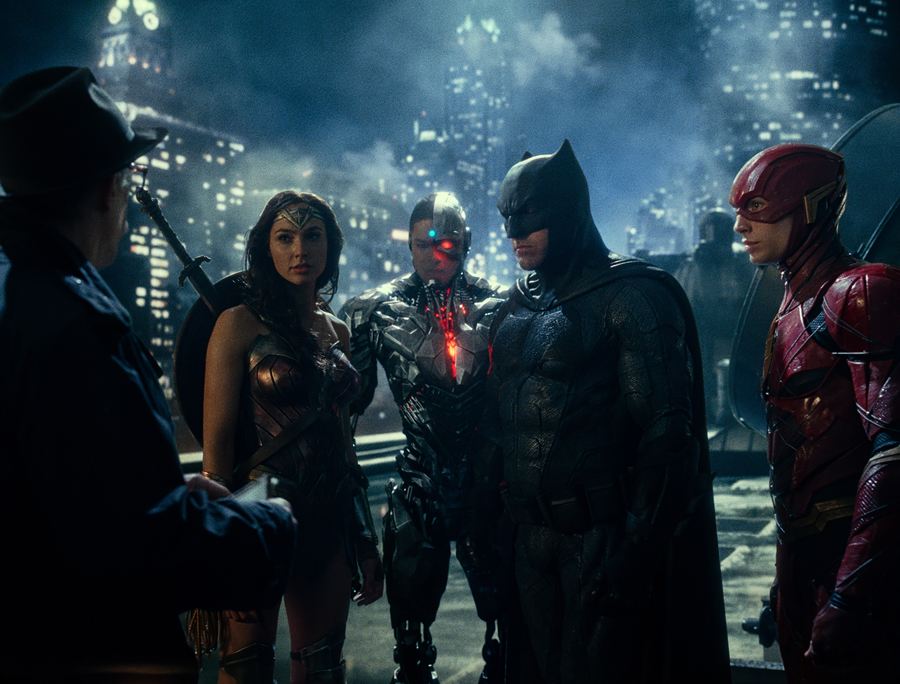 Most of the cast appear like they don’t want to be there. Courtesy of Warner Bros. Pictures and DC Comics.
Text: Cameron Williams Facebook Twitter Email

During an epic battle in Justice League, Greek gods, Amazon warriors and an army from Atlantis war with aliens that look like dried prunes with goggles.

It’s a flashback full of exposition designed to set the stage for the bad guy, Steppenwolf (Ciarán Hinds). Steppenwolf wants to destroy the world for the sake of a blockbuster needing the easiest route to uniting its heroes.

The huge Lord of the Rings style battle is a reminder of how cool these ancient myths are as the inspiration for most of DC Comics’ characters. But while these legends have endured for centuries, their modern superhero cousins, as portrayed in Justice League, will dissipate minutes after leaving the cinema.

The film can’t handle its roster of iconic characters. It’s constantly pulled in six different directions, but can never find meaning in uniting a team. They have to save the world because the world needs saving. The stakes are huge – but it means absolutely nothing. 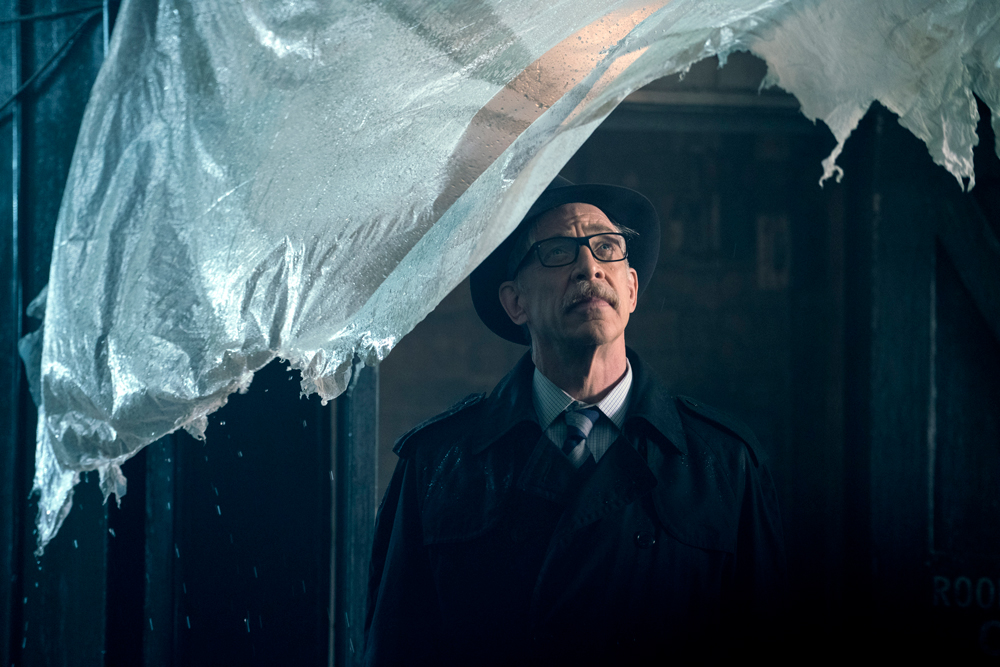 Justice League follows the events of Batman versus Superman: Dawn of Justice (which might seem like Nickelback opening for Led Zeppelin but the truth is it’s Nickelback opening for Nickelback). Humans are treating each other like garbage more than usual after the death of Superman in the earlier film. He was a symbol of hope, inspiring people to do good – despite the fact his presence in Man of Steel killed more people than he saved.

Due to the fact Superman is dead he has to be brought back to life in Justice League. To save the world and to save the franchise. This process is a mixed success and he’s not such a good guy anymore, and he starts fighting with the other superheroes and, well, like Facebook says of relationships, it’s complicated. Lois Lane will have to help him figure himself out and, of course, the evil Steppenwolf and his alien invasion will give this confused superhero a renewed sense of purpose.

For a brief moment in Justice League the world has shades of the cynicism and fear that has driven contemporary events. There’s a scene where angry men trash a store and yell at a lady in a hijab who’s cowering in the doorway with a child. But this kind of political edge gets junked quickly in favour of pummelling bad guys.

Alfred (Jeremy Irons), Batman/Bruce Wayne’s butler, says, “I don’t recognise the world anymore.” Wayne replies, “I don’t need to recognise it, I just need to save it.” The mantra becomes emblematic of the path Justice League chooses; why try to understand or invest in anything emotionally when there’s a job to do?

So Justice League decides to focus on the bombast of saving humanity – but it’s a chore. Most of the cast appear like they don’t want to be there. 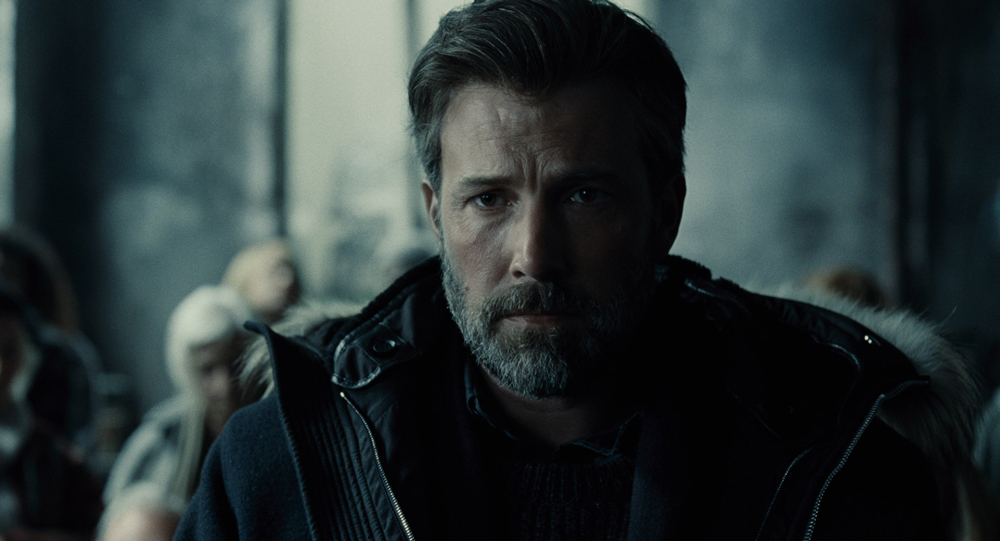 Affleck’s Batman is the worst of the bunch, always exhaling like he just got a large power bill. The Dark Knight is more like a deadbeat knight. Cavill’s Superman is bland and seems to be doing more cosplay than acting. Even Gadot’s charming and fierce Wonder Woman feels like an afterthought, merely present for the action but absent in spirit, which is a huge disappointment after her excellent solo adventure in Wonder Woman. As Cyborg, Fisher does his best with one eyeball but his digitally created body of armour never astounds, and Aquaman is a hard-drinking aquatic hero who feels like he was yanked out of Point Break but has little to do.

These heroes appear to need saving from themselves and the guy to do it is Miller. The Flash/Barry Allen is an infectious bright spot in this morose roster, and the only character who takes a moment to relish how cool it is to hang out with other superheroes.

The future looks good for The Flash, and to some extent, Aquaman. The one thing to salvage in the rubble of Justice League is the promise of their solo adventures (note that DC Comics films are developing a bad habit of disastrous films setting up characters for future films; Wonder Woman was the star of Dawn of Justice as The Flash is for Justice League). 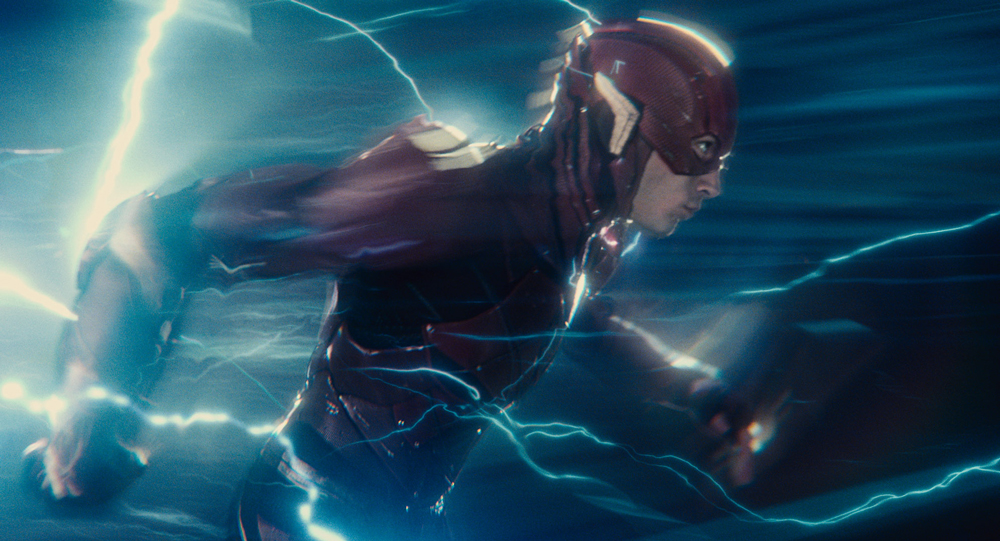 Ezra Miller as The Flash. Courtesy of Warner Bros. and DC Comics.

What’s most alarming about Justice League is how underdone everything looks. It’s a film that was plagued by constant tinkering and reshoots and it shows. A scene where Lois Lane (Amy Adams must be questioning her career choices with this role) and Superman talk in a cornfield looks like it was shot in someone’s backyard on Halloween. The action sequences are an incomprehensible digital minefield of pixelated melee. The camera sits at angles that seem like they were picked at random with no sense of direction or momentum.

There are so few genuine moments of awe that I felt insane for not getting a thrill from seeing the most iconic characters in comic book history standing side-by-side. They all have faces like a parent has yelled: “pretend like you’re having a good time!”

I begged desperately for Justice League to get worse so its awfulness would be enjoyable, at least, but it’s a steady flat-line from start to finish. ‘Strength, Power and Courage’, as the Justice League’s original comic book motto goes, may get you through. And another superhero, Paracetamol.

The Killing of a Sacred Deer Dystopia within
by Lauren Carroll Harris
Yorgos Lanthimos ('Dogtooth', 'The Lobster') is a surgical filmmaker of great opacity; his film a bright and coldly lit Gothic work in the mode of Stanley Kubrick.
Full Article
X