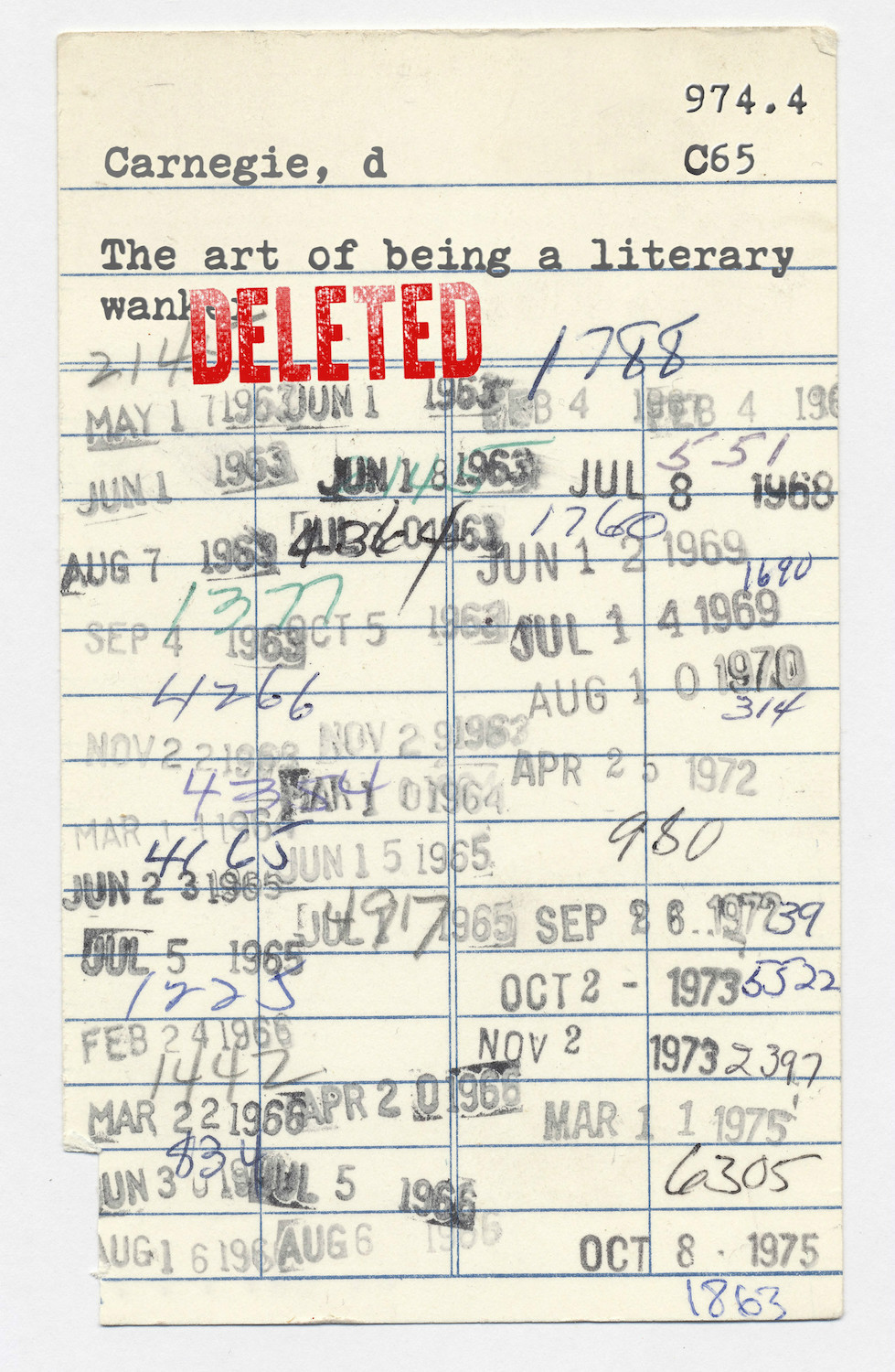 Currently doing the rounds of Facebook is one of those quick questionnaires that furnishes respondents with an opportunity to brag about their virtues via an edited inventory of their personal effects. Encouraging lurkers to name the “10 Books That Changed Your Life”, or something similar, it has quickly descended into a competition to see who has the most exotic home library. The lists are filled with increasingly obscure and rarefied titles by authors of undiscovered provenance, not a Stephen King or a daggy old William Shakespeare among the names of scribes who have apparently blown the punters away. Don’t make a spectacle of yourself by name-checking books other readers have actually read – simply copy and paste this list and your friend(s) will be raising non-fat caramel macchiatos in your honour.

The Whisper Ambrosia
Wangchuk Yeshe
Those unfamiliar with the fine writers of Tibet ought really do themselves a favour and indulge the most downtrodden of all literary peoples. Good luck finding this rare bird, however, as the Chinese government has apparently done a fine job of expunging Yeshe’s back catalogue after executing him during the Cultural Revolution. Mine is one of the few copies around.

And So, Silhouette
L. Phaedra Francis
I found this hiding in the second-hand first-editions section at a wonderful bookshop in Sierra Leone that sadly is no more. It was a fortuitous find, as I haven’t seen another copy of it anywhere since. L. Phaedra’s interminable yet pulchritudinous journey into the human soul is not for the philosophically naive, and I’m yet to meet anyone who can adequately explain what happens in the end – in fact, I’m yet to meet anyone else who has read it. Ah, the loneliness of the adventurous reader…

The Fulcrum Protocol
Jack Shaft
Sometimes I feel compelled to escape the capricious emotional Sturm und Drang of literature and indulge in nothing more than a thrilling yarn, and who better than Shaft to sweep one away with 1900-pages of political espionage, unwieldy intrigue and more delicious twists than a big bowl of spiralini lunghi. Tragically, this book is now out of print and generally out of second-hand circulation, so I’m lucky I got mine signed by the author at the Mogadishu Writer’s Festival.

Under A Tuscan Fellow
Gino Fucecchio
As memoirs go, this is something of a curate’s egg. A lowly farm hand in a small San Gimignano village, Fucecchio documents with peculiar tenderness his endless and increasingly weary dalliances with women who’ve come to the region to “find themselves” but invariably wind up finding Gino instead, the author’s irritation mounting throughout the book as he finds himself the recurring bit player in an unstoppable panoply of mildly pornographic bestsellers penned by flabby middle-aged Australian divorcees. He died of gonorrhoea some years ago, but there’s still a noticeable wriggle in front row seats whenever his name is mentioned at a book show. Rare? You betcha.

Liver, Liver, Liver, You Don’t Treat Me No Good No More
Penelope Barker-Brown
The Trinidad-born, Cambridge-educated, staunchly feminist Barker-Brown is a giant among her literary peers, and she’s an excellent name to drop at dinner parties when the conversation turns to belletristic one-upmanship. A queen of the quip and princess of the pun, Barker-Brown – or “Two Dads” as she so signed her books – died of liver cancer in 1949, and this book, her last, was completed while in excruciating pain, yet, somehow, through the anaesthetic miasma, she still managed to channel her inner rhapsodist with perfect lucidity. Those who know of her – and I haven’t met (m)any – consider her the grandmother of what is now known as “chick lit”.

Not As Such
Rafael Alejandro Cortés
One of the finest and least acknowledged from the increasingly popular stable of obscure Chilean writers, Rafael Alejandro Cortés spent most of his adult life languishing in a dungeon at Augusto Pinochet’s pleasure, his hands shackled to a wall, his tongue having been cut out as punishment for “inappropriate” language after curfew. He wrote Not As Such by spitting a type of Morse code into the dirt at his feet, the sound of which was hastily translated by a sympathetic warden, who managed to squirrel the manuscript away before himself having his ears cut off for his trouble. A darkly humourous and exquisitely paced book, Not As Such comes highly recommended, though it’s excruciatingly rare, and I don’t lend my books.

A Tallboy’s Aphony
Adalrik Schweitzer
Schweitzer’s career tour de force takes place entirely inside a single space as observed by a piece of antique bedroom furniture, the comings and goings of generations of German tenants described in consummate detail. A homosexual Jewish communist who suffered from an increasingly uncontrollable strain of Tourette’s Syndrome, Schweitzer didn’t last long on the streets of Nazi Berlin before attracting the attention of the Gestapo, and my copy of A Tallboy’s Aphony is one of the very few to have survived the pyres of 1938. Those doubting the enduring reach of National Socialism should note Schweitzer’s complete invisibility on the internet today.

Autre temps, autres mœurs
Jean-Claude Babineaux
I kissed every page of this book upon my first reading, for it is an easy book to love. Bound in shagreen onager leather, typeset in Gertrude Sans and printed on goose flax marbled paper, it is an appropriately luxurious carriage for a story of such breathtaking depth and verisimilitude. Sometimes, I’ll even place my member inside the pages and press down hard upon the covers, so desperate am I to be at one with this serendipitous masterpiece. Rare as hen’s teeth, but.

أبجد هوز دولور الجلوس امات
Abdul-Bari Shalhoub
Undoubtedly my favourite of all the Iranian existentialists, Shalhoub frankly blows most Western writers off the page. His first novel, ولكن المنزلية, is probably more accessible, and جهد كبير، والحزن is better known, but أبجد هوز دولور الجلوس امات is definitely the most rewarding as a literary experience, combining Shalhoub’s genius for narrative (story), characterisation (people) and that all-important “sense of place” (the scenery). There is an English translation, but I prefer the Arabic – Shalhoub’s passion transcends the language barrier to create what can only be described as a “page turner”. Unfortunately, only one copy (now mine) was printed before the Ayatollah ordered the author slaughtered, the manuscript burned and the typesetting machine obliterated with dynamite, so you’ll just have to take my word for it.

Untitled
Anonymous
This book was sold to me as the most limited of limited editions. Unfettered by such pedestrian considerations as a cover, a linear story or any visible pages to speak of, it is the ultimate collector’s item for any fan of obscure and unfathomable literature. I paid a hefty sum for it, but am willing to part with my only copy should the ‘right reader’ express any interest…

When It Is All Just About Okay John Cheever and his flower of confusion
by Joseph Earp
Maybe there is the warm, uncomplicated glow that comes over us when, after so much time and so much hurt, things are finally just about okay.
Full Article
Culture
Books 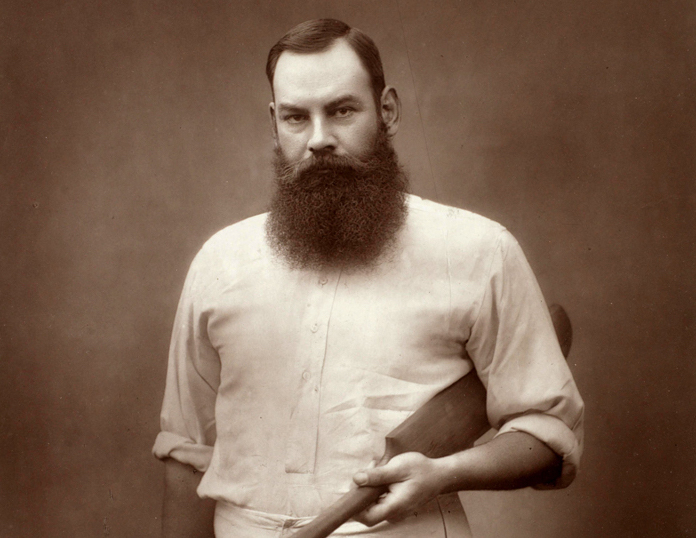 Excerpts from a cricketer’s autobiography, ‘My Autobiography’
by Jack ‘Bumper’ Marx
“I’ve played with some of the best cricketers and greatest blokes you’d wish to meet.”
Full Article
X