Unsane You will never leave this place 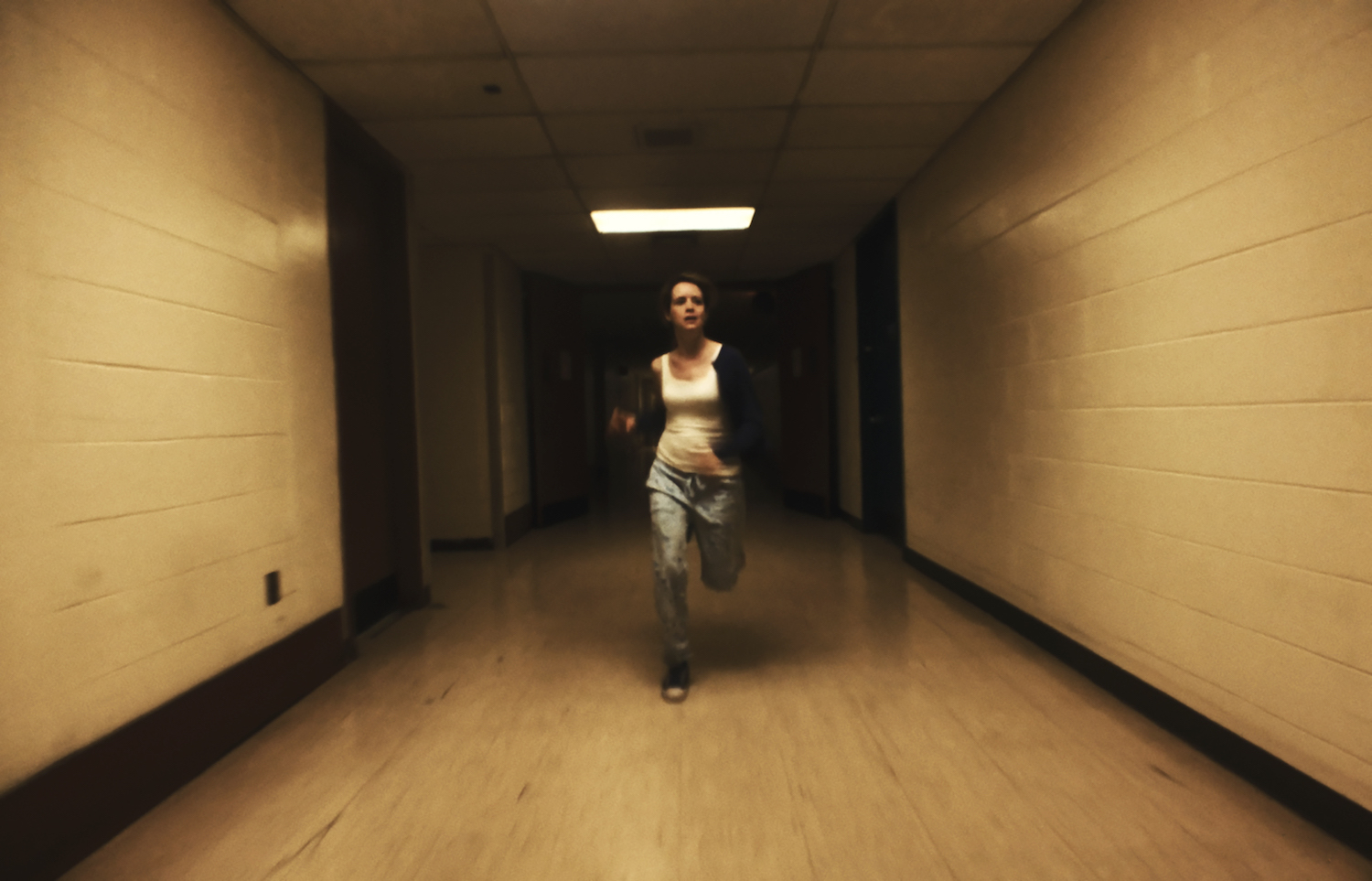 Like Guillermo del Toro, Steven Soderbergh is a master at playing the press. After basking in endless valedictions prior to a retirement that never materialised, Soderbergh returned to features with last year’s Logan Lucky, a tangy, unpretentious heist-comedy he distributed himself. The director’s decision to do so was heralded as a game-changing swing, one that could change the business model of film, no less. Never mind the fact that The Passion of the Christ did it way back in 2004, and much more successfully (Logan Lucky bombed) without putting any sales agents, studio chiefs or traditional distributors out of business.

More than a desire to upend conventional practice, Soderbergh seems motivated by wanting to do everything himself, and at speed. The show he directed, produced, shot and edited on his hiatus from films, The Knick, might be the best thing he’s ever done. He’s refined the DIY approach ever since. Unsane, his latest, was shot in 10 days on iPhones, and it probably took Soderbergh (or ‘Mary Ann Bernard’, his editor alias) about that time to cut it together.

Starring Claire Foy (The Crown) as a young woman involuntarily committed to a psychiatric ward, Unsane continues the director’s interest in the medical industry, and in rug pulling. One more than the other: as with Soderbergh’s 2013 feature Side Effects, the world of psychiatry is only a pretext for a Hitchcockian potboiler that plays with the audience’s sense of the protagonist’s identity and sanity.

The fish-eye warping of the iPhone makes the camera gaze almost first-personal. We really feel the claustrophobia and sense of disorientation felt by Sawyer (Foy), who is detained for 24 hours after unknowingly signing a document during a routine medical appointment. But our indignation over this scenario is inflected by what we’ve seen previously: fragments of Sawyer’s everyday life strange enough to make us question her stability, as when she brings a man home, kisses him, then violently pulls away and locks herself in the bathroom.

A Skype chat with her mother, on a lunch break from her job at a glorified call-centre, reveals that Sawyer has just moved towns, from Boston to some sterile corner of Pennsylvania, hundreds of miles from friends and family. The reason she moved becomes clear after she accuses one of the orderlies on the ward of being somebody else – the stalker who’s followed her for the last two years. 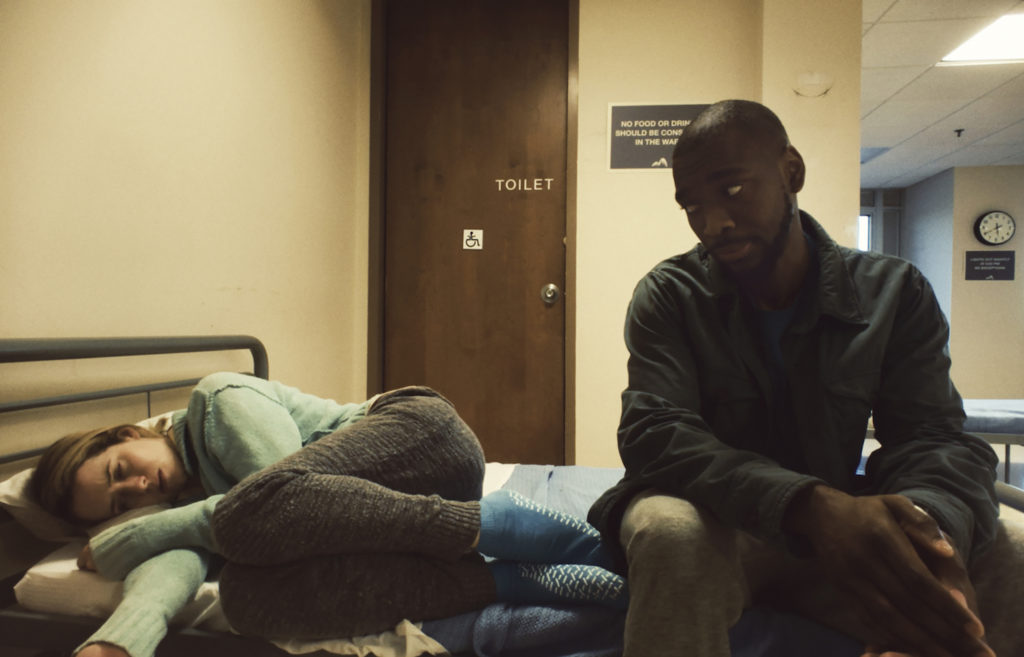 Sawyer is just aggressive and manipulative enough to make you wonder, though Soderbergh smartly doesn’t try to keep us guessing for the entire story, which soon settles into the groove of a horror film not all that dissimilar to Get Out. Matt Damon shows up for a brief cameo as a security specialist, and he looks like he’s having a ball, though the character he’s playing is pretty much irrelevant.

You could argue that Damon’s distractingly throwaway presence betrays the filmmaker’s attitude to the whole thing. Soderbergh’s disdain for prestige pieces may be admirable, but we still want to feel he cares, and there’s no reason for Damon’s appearance beyond the filmmaker showing off his Rolodex. I’ll take Soderbergh’s stylish, slightly insincere genre exercises over the empty portentousness of a Paul Thomas Anderson film any day, but it would be nice if he could find something he cared about more than efficiency of production.

As in Side Effects, Soderbergh supplies all the answers by the end, which makes the film linger less in retrospect than it should. It’s notable mostly as the first Hollywood vehicle for Foy, who is about to be everywhere, with a starring role in Damien Chazelle’s First Man and Fede Alvarez’s The Girl in the Spider’s Web. Her performance in Unsane may not make sense watching the film a second time, but neither does anything else, and narrative logic is the least of the film’s ambitions.

Unsane opens with a voiceover that sounds romantic at first blush, and later deranged. The film eventually returns to the forest where it began, like a fairytale, only without a handsome woodcutter on hand to kill the wolf.

One of the qualities that separates Soderbergh from most of his peers is his sense of humour, and Unsane‘s final scene features an amusing bit of trolling. It’s a salve after all the hysteria. It also feels like a directorial credo. The freeze-frame that follows suggests Sawyer will never, really, be out of the woods, but it’s glib rather than haunting. You can tell Soderbergh won’t lose much sleep over her fate. A man as busy as he is can’t afford to.

Unsane – You will never leave this place

Blade Runner 2049 Does the ability to have a relationship grant us a soul?
by Rochelle Siemienowicz
Emerging from 'Blade Runner 2049' is a single, mournful question: if love is the human emotion that ties us to reality, then what does it mean for our reality to love something artificial?
Full Article
Culture

Ready Player One The games people play
by James Douglas
In Steven Spielberg’s 'Ready Player One', the teenage Watts (Tye Sheridan) is locked into a contest for control of an expansive virtual reality platform, the OASIS.
Full Article
X