The Slap Our Poker Machine Addiction 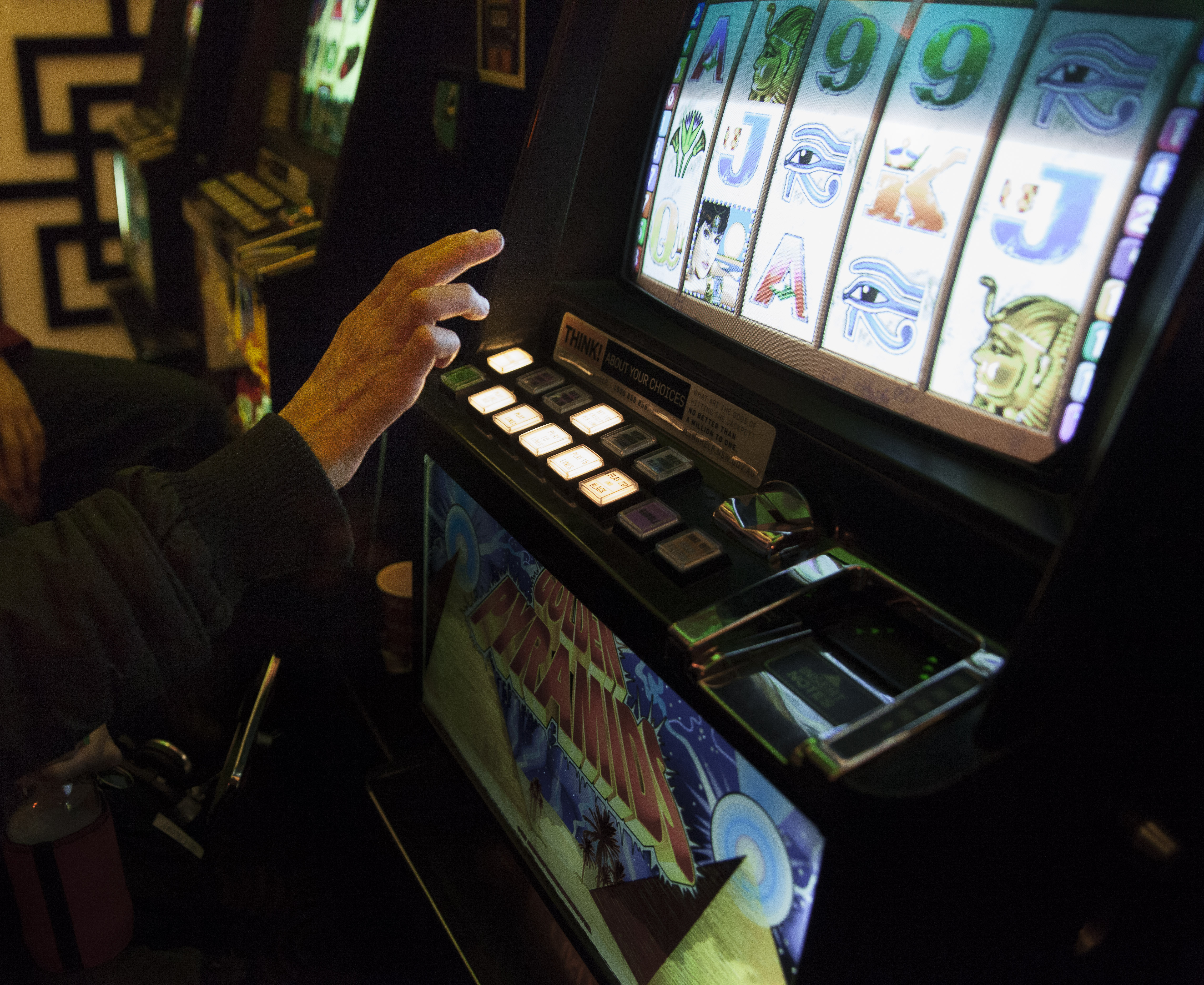 Like many young Australians, I have grown up with the pokies. With just under 200,000 of them scattered around the country – not in casinos but in the venerable pubs and clubs that are the focal point of the country’s social landscape – they’re near impossible to avoid. As Dr Katy O’Neill, a gambling counsellor since 2006, told me: “Australia has pokies the way America has guns.”

As a child I remember seeing them when my family and I went out for dinner to the local Chinese restaurant housed inside Penshurst RSL, and as a just-turned-eighteener I remember ‘having a slap’ with mates on some of our first nights out as legal adults. We even would impersonate the comical Mexican character who is the face of one of the most popular games in the country, screaming out “Mooooorrrrreeeee Chilli’ to each other as a joke.

But I never took a huge liking to them, and, really, I thought they were as boring as playing tennis by yourself – only they were much more expensive. I gave very little thought to them, and even less about whether it was strange that there are so many of them in venues built for the gathering of friends, families and whole communities. Their normalcy bred apathy.

Then last May, after I had fished my brain for days for something juicy to write about, I trotted down to The Star casino to see whether, hidden amongst the rows of pokies and blackjack tables and roulette wheels, was a story in hiding. I found there a young man of about thirty years, dressed in his work clothes, an electronic access card attached to a lanyard hanging around his neck, feeding $50 notes into the poker machines at an average interval of two minutes, one after the other. I introduced myself and, with a shrug that said, ‘Sure. I couldn’t care less’, he allowed me to shadow him as he gambled. He seemed devoid of any sense of self-worth and was unbothered by my presence.

In the three hours we spent together, he lost $1,700. I learnt that he only ever gambled on the pokies; that when he started gambling years ago it was all just a bit of fun and he was able to control his spending; and that this day he had lied to his wife about going to work and had instead dashed off to the casino.

I wrote a story about this man and our day together, but as I gave more thought to the issue, I smelt the blood of a much, much bigger story. Eighteen months later, I find myself halfway through a book about Australia’s love affair with the pokies. And now, unlike when I was younger, it really does seem strange that these machines are everywhere.

According to the 2010 Productivity Commission inquiry into Australia’s gambling industry, they are the source of 75-80% of all gambling addictions. The total annual cost of the harm they cause to the community is estimated at $3.7 billion, a figure arrived at when one includes gambling losses, suicide, depression, relationship breakdown, lowered work productivity, job loss, bankruptcy and crime. And of the $11 billion lost playing them every year, an estimated 40% comes from gambling addicts.

“Australia has pokies the way America has guns.”

These aren’t the people you see on government anti-drug advertisements, the scabby addicts who dig at the bugs under their skin. But they’re addicts just the same. They crave, they think about getting a fix at most waking hours, they try to give it up but can’t, and they cause great injury to themselves and their loved ones. Few in the public have any sympathy.

As one addict, a woman from Adelaide who works as a hospital front-of-house, explained to me: “There’s a stigma around gambling addiction and playing the pokies. You give up smoking, you give up alcohol and people say, ‘Wow. That’s fantastic. That’s great. You have an addiction to poker machines and it’s completely different. When I told my sister about my addiction, it was as if I was an alien. She couldn’t understand that it was an addiction that had taken over my whole body and my whole life, and that every living minute I would think about the pokies in some way shape or form.”

After all, the pokies are just entertainment, right? That, at least, is the industry’s interpretation, the kernel of their PR juggernaut. But behind all the bright, cartoonish artwork and high definition graphics is a much more insidious goal than just entertainment.

Those who make the pokies strive to keep players feeding in money for as long as possible – to maximise time-on-device, as they call it, to encourage you to gamble longer and faster in order to maximise their profit – and they have a vast toolkit of tricks to achieve this. They use note acceptors to ensure that the play is fast and no time is wasted inserting individual coins; use pastel colours and music in the major key to keep you happy even when you’re losing; choose themes that appeal to childhood fantasies, and; even employ industrial designers to get the ergonomics of seats and consoles just right so that you won’t get a stiff back or stiff leg, lest that should distract you.

But this is all chicken feed compared to their most powerful weapon: mathematics. Designers now have precise control over the odds of every game and carefully calibrate them so that losses are offset with perfectly sized wins, delivered at perfectly timed intervals, to keep you hopeful that the big win is coming while ensuring the house a profit.

“The objective of the machine is to keep you there, to give you just enough reward that you think you’re winning, having a good time when you’re actually losing,” said one industry insider with over a decade experience working with the machines. “That’s what people design them for. That’s how they’re designed. It’s obvious.”

These machines produce powerful responses in the human brain, responses similar to that of stimulant drugs. The rapid, random wins and the constant visual and auditory stimulation light up the neural reward system, triggering a rush of dopamine and pleasure. Wolfram Schultz, a Professor of Neuroscience at the University of Cambridge, explained to me: “Addiction is a side effect of reward value. The higher the reward value, the higher the propensity for addiction.” Extending this, Natasha Dow Schull, a cultural anthropologist and associate professor at MIT’s Program in Science, Technology, and Society – a woman who spent over a decade researching poker machine design – has written: “The story of ‘problem gambling’ is not just a story of problem gamblers; it is also a story of problem machines, problem environments, and problem business practices.”

The ‘high intensity’ debate is a complicated one: State governments in Australia facilitated changes in licensing to allow accelerated machine speed, meaning more money going in faster, and a greater propensity for stimulation and addiction. Our manufacturers pioneered the machines that are industry standard around the world today. Yes, the ones elsewhere in the world are just as fast now – but they’re in casinos, their right home. The U.K has what’s known as fruit machines in pubs but those pale in the ability to eat money.

Reforming this uniquely Australian problem and reducing the harm poker machines inflict on communities is a Herculean battle. State governments have shown no appetite to pursue it. Not only are they major beneficiaries of poker machines (in 2013-2014 they received $3.2 billion in taxation revenue), they are also beholden to the club and hotel lobby groups who possess an almighty power which they are not shy to wield when threatened.

But there is hope outside of parliament. As I write, a case is before the Federal Court alleging that poker machines contravene consumer law because their design is deceptive and misleading. If it gets up, it will not be the end of the battle but it will be a major blow against the industry.

For further action go to proudlypokiesfree.com

The Slap – Our Poker Machine Addiction 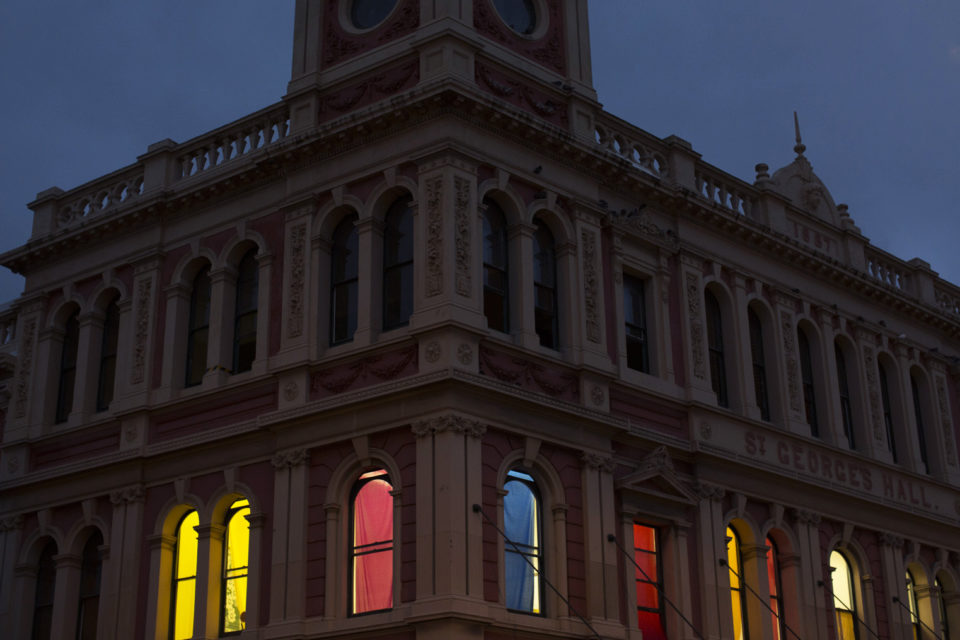 How Do You Find Oxford Street? A young man searches for a community and his own identity
by Ante Dylan Bruning
“You’re pretty,” he told me. What followed was about four years of my complete and utter obsession with my appearance, my diet, and my fitness regime. This was me, ‘normalised'.
Full Article
X