Glocal Bollocks A Letter from London 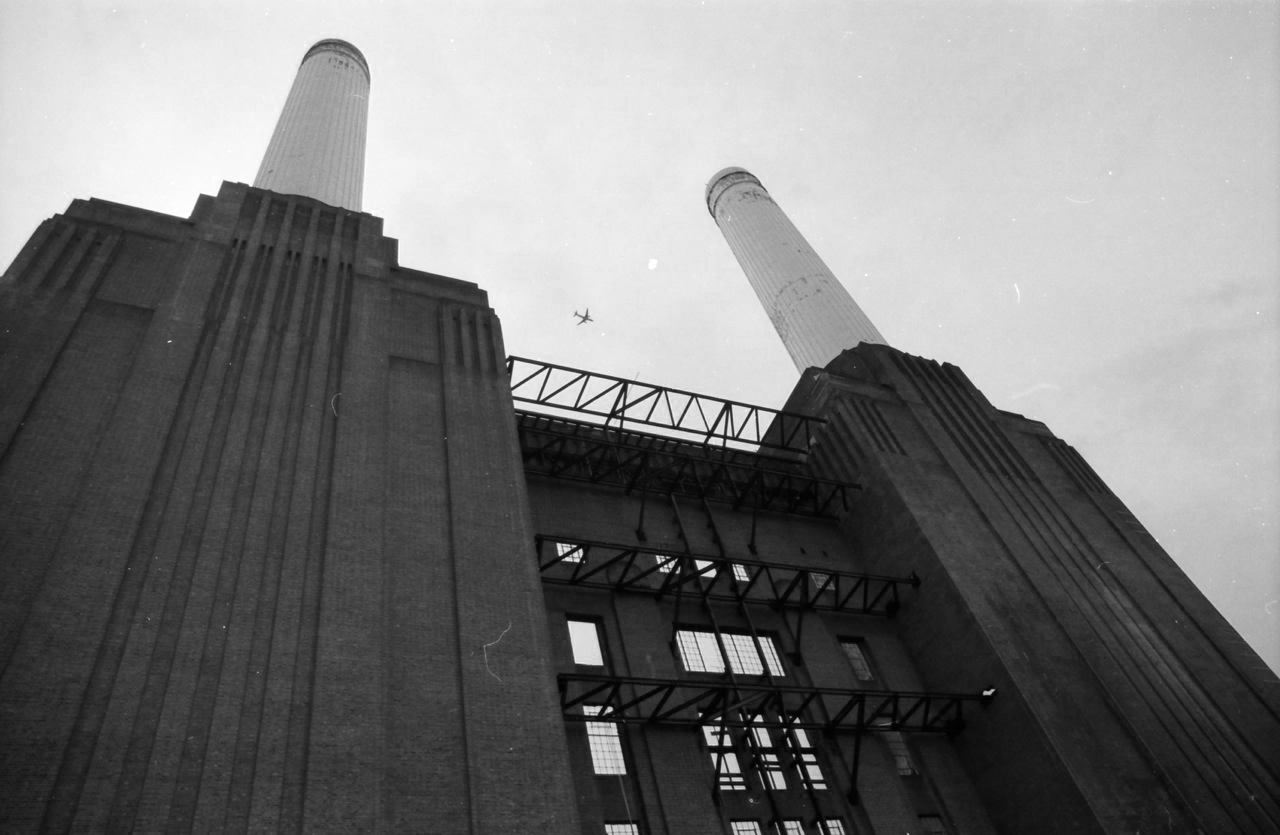 I’ve lived in Stockwell, south London, for over 20 years. It’s a bit of a non-neighbourhood, defined as much by the arterial roads which snake through it – Clapham Road, South Lambeth Road – as the streets which radiate from them. It lacks any defined centre as well – despite various feeble attempts at civic improvement over the years – and is easily eclipsed by its adjacent neighbourhoods: Brixton to the southeast and Clapham to the southwest; which have been – historically at least – respectively more raunchy, and more sedate.

I knew Stockwell in the early 1980s, when there was a travellers’ encampment right on the Clapham Road, and hardly a viable retail business – let alone a restaurant – all the way from Stockwell tube to Clapham Common. The atmosphere of peaceful desuetude – compounded, as in so many inner-London

quartiers, by the rich living cheek-by-jowl with the poor – endured into the late 1990s. I well remember a sign the police put up one day outside the boarded-up windows of the local convenience store:

‘Appeal for Witnesses: If Anyone saw 8 men pull up in a van outside Jack’s last night, smash the windows and Loot the Contents, please contact Crime Stoppers, on… &c.’

Jack’s is now a branch of Sainsbury’s Local – and this is the tell-tale and orangey spoor of the great behemoth of speculative capitalism which has now lumbered along the nearby Thames littoral, and commenced to shit all over Stockwell’s inhabitants. Because what few Londoners even understand about our beloved un-place of neighbourhood, is how central it is: I can walk from my gaff to Parliament Square or the South Bank arts complex in 25 minutes – I can walk to Soho or anywhere in the West End in 40. Yet the taint of being south of the Thames endured here for a long time in the shape of relatively low property values: at least half those of the corresponding north bank neighbourhood of Pimlico – but the second great tsunami of globalisation has now done for that little local wrinkle in the great and seamless commoditisation of place. The southern riverbank, when I came to live here was a shamble of light industrial units, the Covent Garden wholesale fruit and vegetable market, mouldering lots and docks, and the great carious long-derelict hulk of Battersea Power Station.

Now, Singapore is being dumped on top of it. No, really – some 40,000 residential and retail premises, configured in scores of new developments, the largest of which is a complete simulacrum of the old power station (including its celebrated chimneys faked in fibreglass); there will be six new high-rises in excess of 35 storeys – signature buildings by Starchitects such as Richard Rogers and Frank Gehry. The new US Embassy has already beamed down, at the centre of a so-called ‘Diplomatic Quarter’, which, it’s hoped, will also attract the People’s Republic of China. You don’t have to be Edward Snowden to see proximity to MI6’s HQ, half a mile away at Vauxhall Cross, as a reason for the American’s southern flit from Grosvenor Square – all that cable tracking can be an expensive business.

When I step out on to the balcony of my Brutalist 1970s low-rise ex-council block, and look north, I see the new parametrically-designed toy town looming along the horizon: glass and steel warped by algorithms into amusingly profitable shapes. Most of the white working class people who once lived here have gone, replaced in large part by recent immigrants. Somalis chew qat, freshly flown in from the Yemen, on the benches in the local park – or at least they used to before the latest war in that faraway land of which these red-eyed masticators know rather too much. I still know the traders in the local stores – but inevitably, if property prices continue their inexorable rise, they’ll sell up, to be replaced by bijoux emporia selling scatter cushions and hipster barbers offering moustache-waxing. As for the recent-migrants – some will hang on in what remains of the massively depleted public housing stock. Despite a one-bedroom apartment in the new development costing north of three-quarters of a million, these have still been snapped up as soon as they come on the market; despite all the political vicissitudes, for now London remains the No.1 destination for so-called ‘flight-capital’.

Which means that many of the apartments, snapped up by money-launderers from the Middle and all points further East, will remain empty. You feel this in a lot of central London nowadays: the great vacuity of the empty space formed in the collective soul by the relentless carving out of rentier income – and you see the great fatigue on the faces of the workers, as they scurry along the streets, undergoing the hour-long commute required, to scrub the shit from a newly-installed and luxury commode.

Glocal Bollocks – A Letter from London