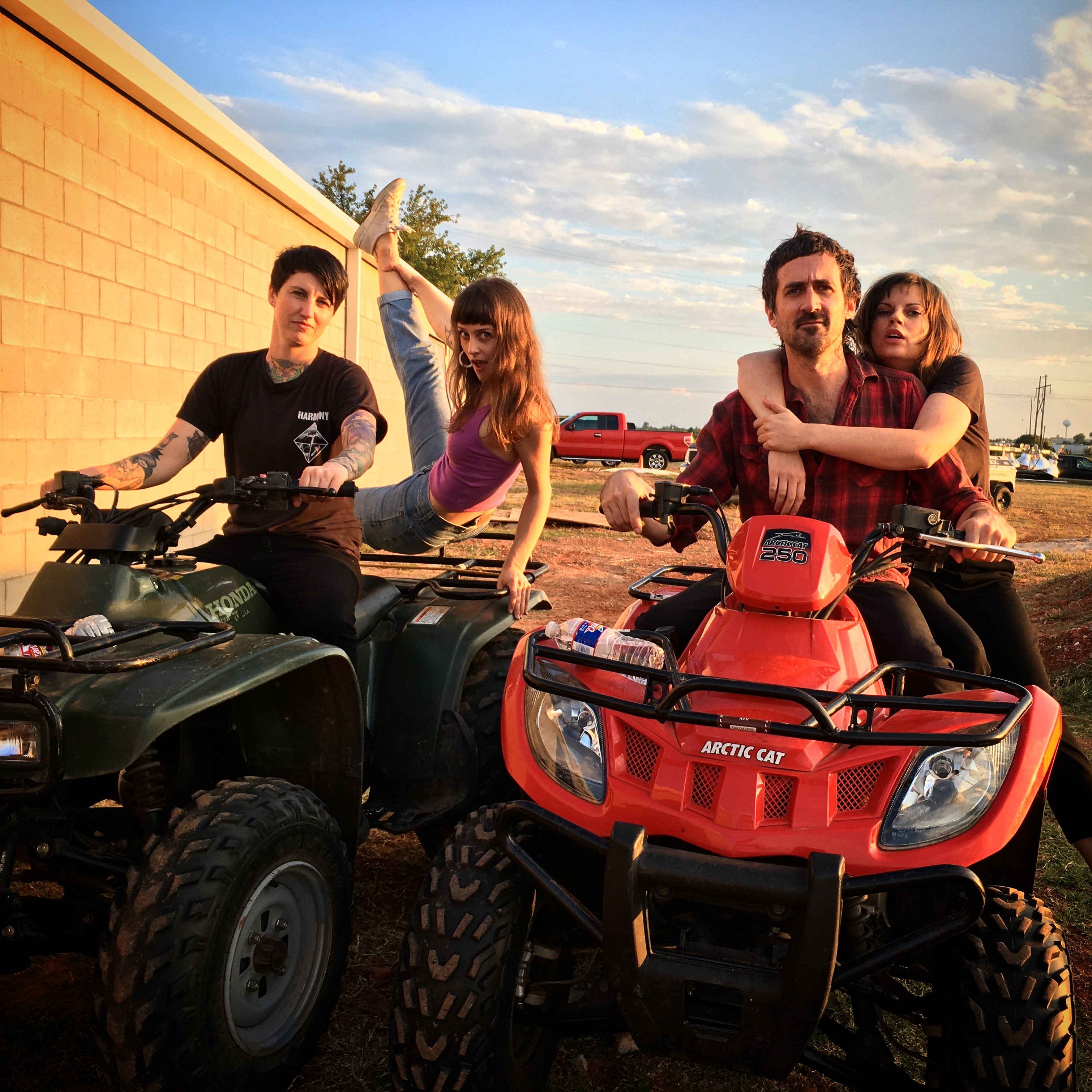 Gareth Liddiard is touring Sydney with new band Tropical Fu*k Storm, who have released two 7” singles this year, ‘Chameleon Paint’ and ‘Soft Power’, with two more to come before an album follows mid-2018. On the B-sides of each single are the band’s renditions of “Australian songs we wish we’d written”, like The Nation Blue’s ‘Mansion House’ and Lost Animal’s ‘Lose the Baby’. With this playlist, Gareth picks out more songs he wishes he could claim credit for and tells us why – Aaron Curran

X – ‘Waiting’
From Sydney around 1979. I think it’s about waiting for a smack dealer who’s late but it could be about any kind of waiting. It has the most unearthly scream in the middle of it. Perfect street music.

Rowland S. Howard – ‘Sleep Alone’
Brian Hooper’s bass riff is one of his best and he has quite a lot of great riffs. The guitar is outrageous. The whole misanthropy sentiment is something I can agree with. Imagine a big red button that would instantly kill every single human being if you pressed it. Objectively, when you take into consideration all other life, the right thing to do would be to press it. Subjectively too, if you consider that it would solve 100% of the world’s problems seeing as its humans who decide what is and what isn’t a problem.

Lost Animal – ‘Lose The Baby’
I heard this over a decade ago as a demo on Myspace. The album version and the demo are great. Most music nerds haven’t heard it and it’s fun to see their reaction when you chuck it on. They’re always like “wow, why didn’t I know about this?” I showed it to Don Walker recently and that was pretty much his reaction too. TFS has recorded it for our next 7 inch B-side. I secretly hope people think we wrote it.

Cold Chisel – ‘Flame Trees’
Up until recently it was illegal to publicly say you liked Chisel but nearly every musician I know has always liked them. Not liking them is like not liking The Beatles. Meaning you’re just trying to look cool. There is an interesting aspect to this song that’s overlooked and it’s that you really feel for the protagonist, he’s having a hard time, then he sings:

“And there’s a girl, she’s falling in love near where the pianola stands
With her young local factory out-of-worker, just holding hands
And I’m wondering if he’ll go or if he’ll stay…”

and everyone seems to think the protagonist hopes this couple stay together and have a good life or something. He’s such a romantic. But what people miss is that he hopes this guy f___s off so he can have a crack at chatting her up. He’s a prick.

L. J. Hill – ‘Pretty Bird Tree’
I like writing sad songs, it feels good in a bad way or bad in a good way. But I wouldn’t like to have written this because I would have had to have lived it.

Spencer P. Jones – ‘The World’s Got Everything In It’
Indeed it does. But now it has this song too.

All The Weathers – ‘Dogga’
This one is from Tassie. This song seems made up of all of the feelings valium removes.

Nation Blue – ‘Mansion Family’
Another Tassie thing. This is the sort of tune I’d write so it felt like a good choice for TFS to do it on our last B-side. Tom says all of his songs are A-G-C based but he forgot the C here. So when we did it I added a C and it was like supercharging a V8. Cal and Georgia from All The Weathers sing on it too. Cal sings like Prince if Prince was born in Hobart. The Nation Blue version is reminiscent of Rhianna’s Consideration, the backing singers go “whoooaaa” like Rhianna and SZA do. I like that about it.

Percy Grainger- ‘Shallow Brown’
I like songs with lots of dynamics. I also like guitars. I like it when girls and guys sing on the same track. And I like opera. Good Aussie Opera.

David Bowie: When I live my dream Ghosts in The Machine
by Michael Dwyer
See you next time David.
Full Article
Postcards 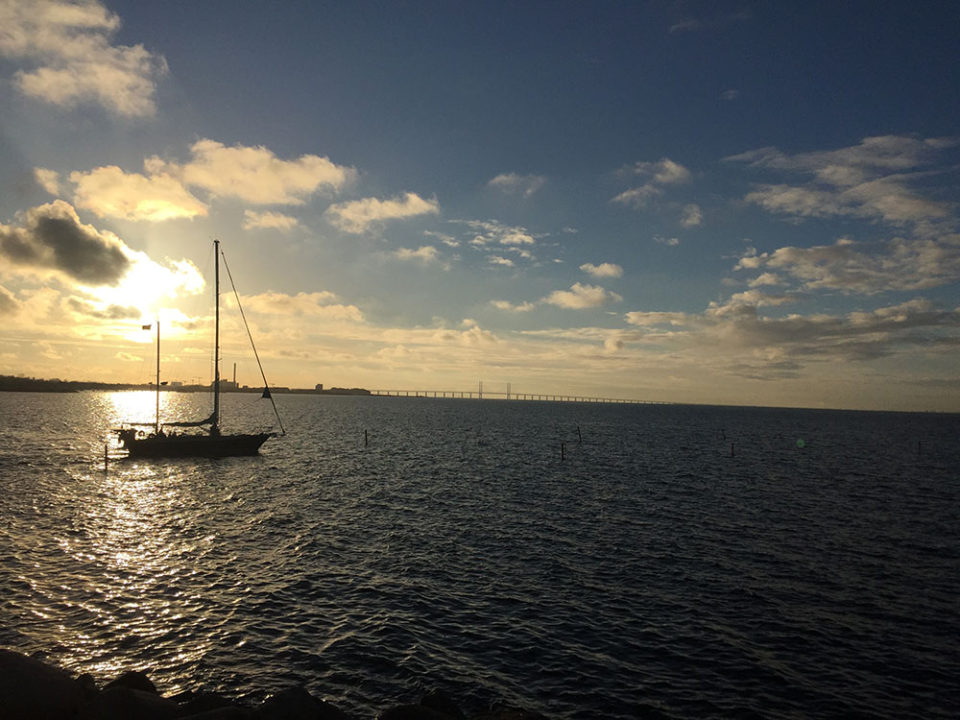 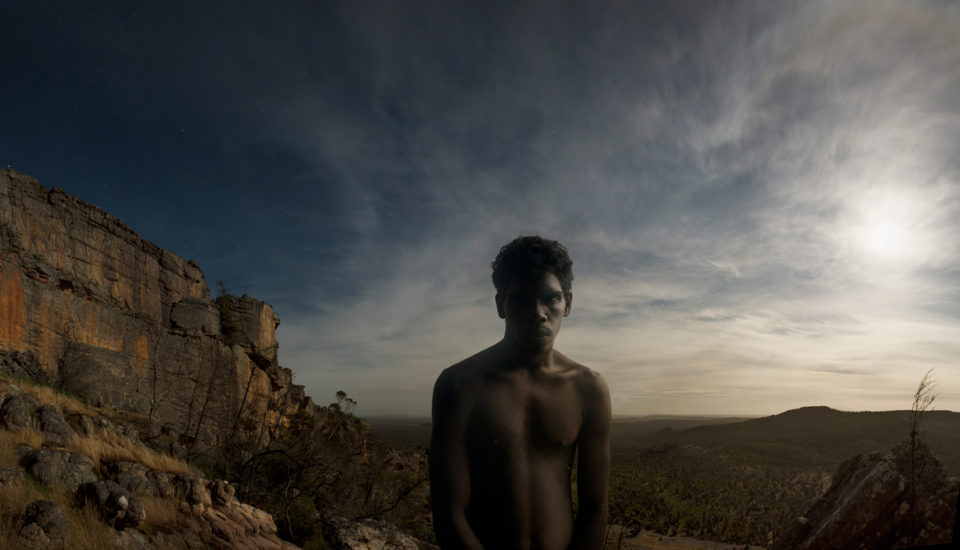 Slow-Burner An interview with photographer Jeremy Blincoe
by Rochelle Siemienowicz
Jeremy Blincoe recently won Campbelltown’s Fisher’s Ghost photography prize: “My ideas evolve as I work, so it’s a process for me… to grow what I know.”
Full Article
X