Dirty Harvey 2 In shameless times like these can Harvey Weinstein fall from grace, ask for forgiveness and pick up the option on a comeback story? 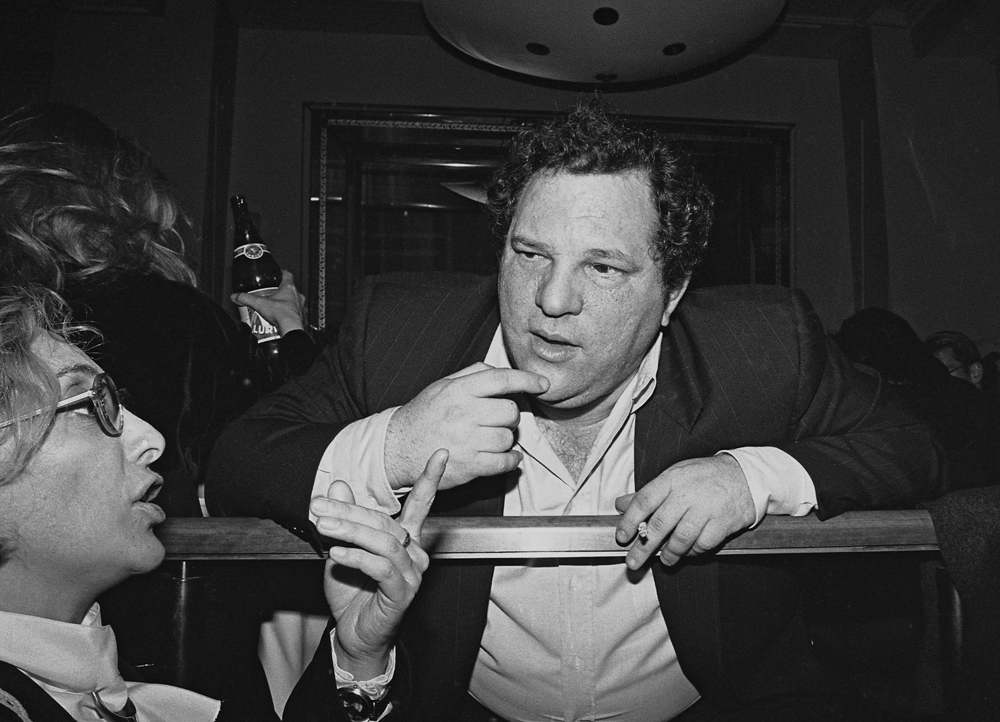 You don’t hear Gary Glitter on the radio much anymore. Or the hits of Rolf Harris. They have become pariahs. We, their fans, have judged their transgressions to be so heinous that we have banished them from polite society.

I have a friend who won’t watch a Woody Allen film since he took up with Soon-Yi Previn in 1992. I don’t have a problem with Woody – but I got rid of my Cat Stevens records when I saw him endorse Ayatollah Khomeini’s fatwa on Salman Rushdie. Although I love the film Chinatown, I can’t watch a Polanski movie anymore (except that one).

Does any of this make any sense at all?

In this era when pop culture and entertainment are so pervasive, the latest scandal unleashes a torrent of tweets expressing righteous anger and calling for retribution. Outraged members of the public, newspaper columnists and bloggers – and god-help us ‘Celebrities!’ – all chime in their epithets.

The hallmark of the Kardashian Age, which is how these years will be remembered, is that everyone is obliged to have an opinion on everyone else. But are we obliged to act on it?

I recently deleted all my Jerry Lee Lewis songs; he may well have killed one of his wives. Yet he still proudly refers to himself by his showbiz moniker – ‘the Killer’ (some kind of joke?). I didn’t want to think of this sleazy woman-hater any more, let alone listen to his music, no matter how great a founding rock ‘n’ roller he is.

Personally, the Roman Polanski case bothered me even more. He was a child survivor of Nazi death camps whose wife, friends and unborn child were slaughtered by the fame-crazed Charles Manson in 1969. How does one come back from that life? Let alone make a masterpiece like Chinatown. Then, in 1977, Polanski gives a 13-year-old girl drugs and seduces her. He flees the US for France from whence he can’t be extradited – and continues to make films. And people go and see them! He wins an Academy Award while in exile. Does this mean that the cinema establishment is prepared to just overlook the crime of a rapist because he can make great films? I guess so. Kate Winslet, Jodie Foster, Sigourney Weaver all agreed to work with Polanski – with no qualms whatsoever.

Would you go to work with a man who drugged and raped a 13-year-old? 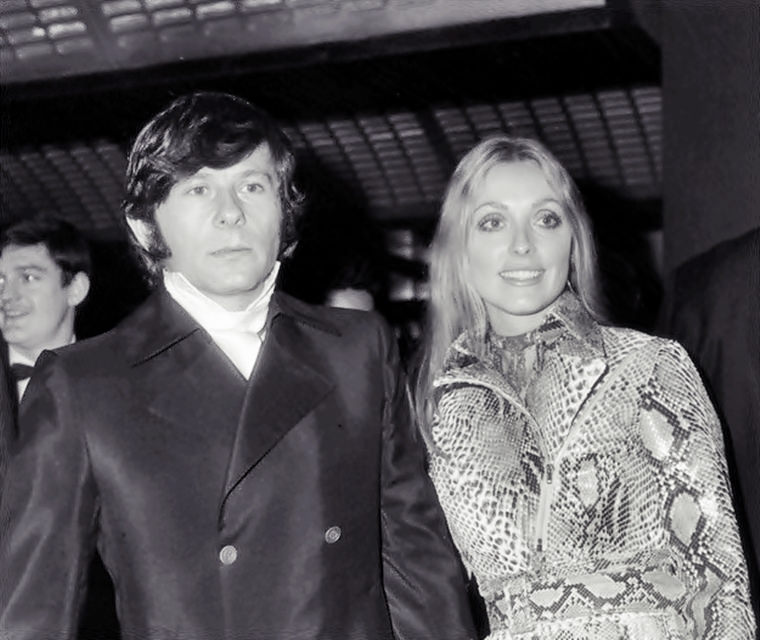 Yet I admit that I listen to the Rolling Stones almost every day even though Bill Wyman was a self-confessed paedophile. Am I looking the other way because I love the Rolling Stones but I don’t really feel as strongly about Jerry Lee Lewis? Is my morality as likely to be decided by my taste in music or films as anyone’s actions?

It used to be that a sex scandal would put an end to a career. In the Golden Age of Hollywood publicists were paid to keep crimes and indiscretions out of the papers.

Something changed for us. Shame evaporated in the 1980s.

Teen heartthrob Rob Lowe was caught on a sex tape with a teen. It put a big stop to his career. Then Hugh Grant, a massive breakthrough star with Four Weddings and beautiful girlfriend, Elizabeth Hurley, and of course good looking and funny, gets picked up in flagrante with a sex worker. Hugh Grant immediately hit the talk shows, accepted blame, confessed weakness and asked for forgiveness. Things couldn’t have gone better.

What seemed like a career ending moment, Grant turned into a great character talking point. He was now more COMPLEX. Able to be tempted. Rather than having to endure a season in purgatory, Hugh was bigger than ever. And what has followed has been a conga line of celebrities falling from grace and asking for forgiveness on talk shows. Rob Lowe came screaming back with heavy roles in serious dramas like The West Wing.

Anyone can come back now.

Michael Jackson clearly preyed on children – he wasn’t paying out those massive sums for nothing. Everyone looked the other way. The outpouring of praise for Jackson when he died was phenomenal; he was lauded, correctly, as a great artist and the public wept for Michael’s lost childhood – but not much for the childhoods of the kids he molested.

They were not stars.

Are we, who are outraged at child sex abuse, getting rid of our Michael Jackson records? It does not seem likely. 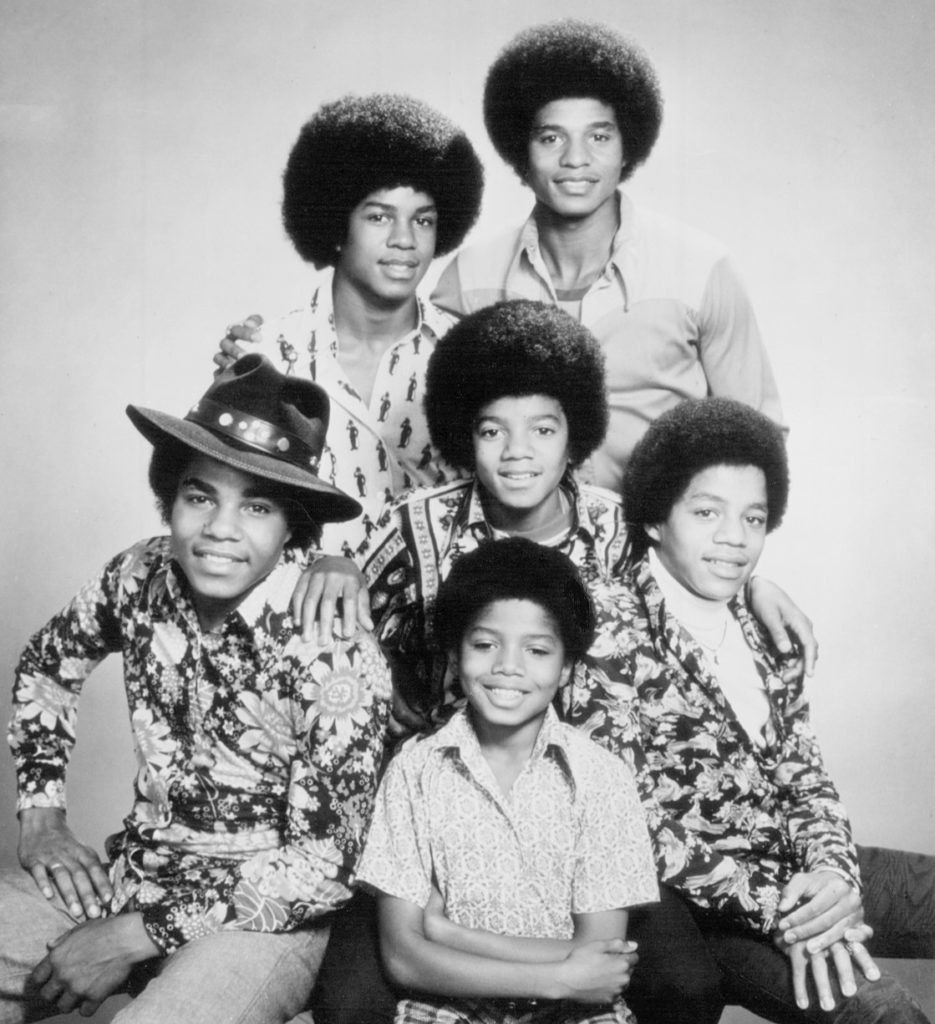 The Jackson 5 from 1974. Public domain, via Wikimedia Commons.

So now the papers are full of the Harvey Weinstein stories – to nobody’s surprise. It has overtaken rapper R. Kelly and his sex farm of teen girls as a focus for disgusted interest. You can use Google Search to see what some of Dirty Harvey’s less-famous victims looked like: concern and outrage devolve into entertainment, complicity and voyeurism at a click.

We expect big shot movie producers (not all by any means) to be exploitative, of course. The casting couch has been upholstered for many years. A lot of Weinstein’s movies are about the wielding of power. He has a reputation as an alpha male. Apparently “everybody knew”, “it was an open secret”. It almost feels like even I knew!

If so, what business do the agents and managers have sending their ingénue clients unaccompanied to meet Weinstein at night in his hotel room? Shouldn’t they at least warn them beforehand? Surely those agents are as complicit as Weinstein? If the girls keep coming and no one complains, you can hardly expect him to stop; clearly the commission was more important than the back rub.

And then there’s all the other big stars and producers and directors crying crocodile tears now, when at no point did they speak out, or decline to do business with Weinstein. Sexual assault is pretty bad – but it’s not worth losing a film deal over, right?

Harvey Weinstein is probably the best film producer in the last twenty years. His contribution to cinema is incredible – more than many of the directors he has supported, harassed, berated, made and sometimes ruined. So how long will he have to wait in purgatory before a deal is made?

The Oscars aren’t until March. That should be just enough time. As the last line in that Polanski film proclaims: “Forget it Jake, it’s Chinatown.”

Dirty Harvey 2 – In shameless times like these can Harvey Weinstein fall from grace, ask for forgiveness and pick up the option on a comeback story? 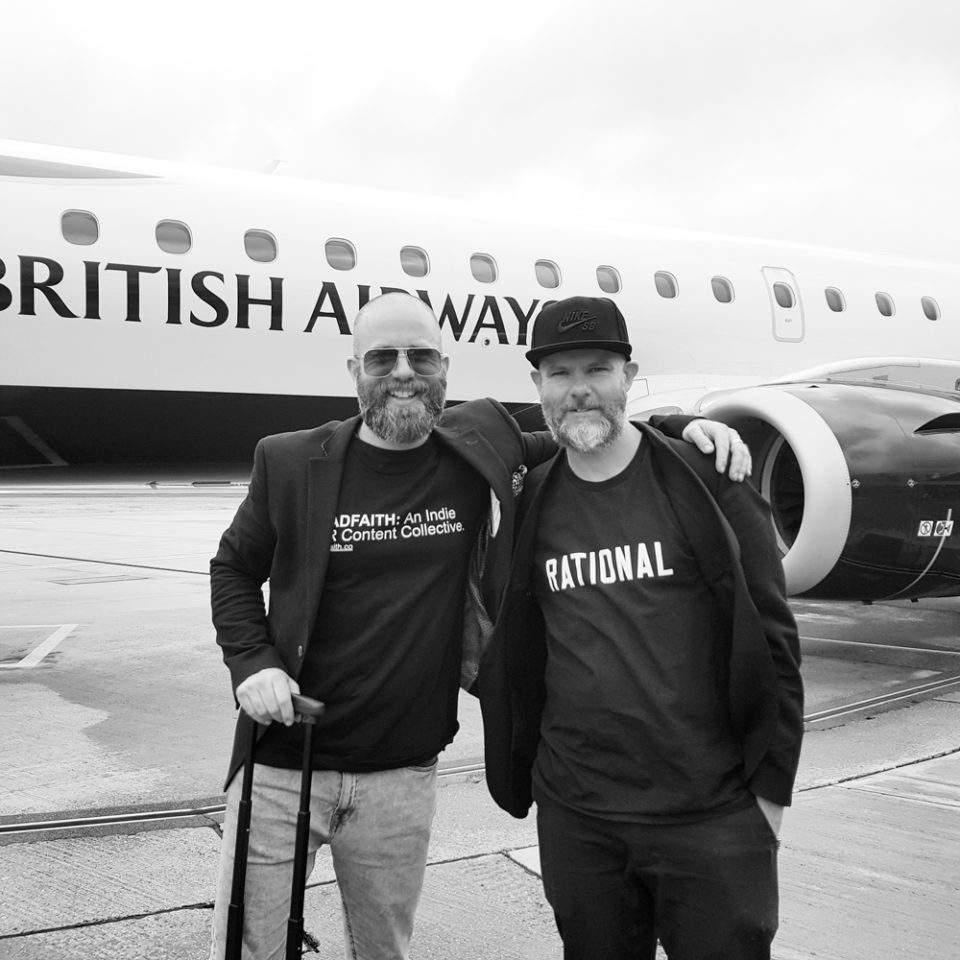 We Are The Robots A new epoch of Virtual Reality at the Sydney Film Festival 2017
by Lynden Barber
We are now “in a new epoch, like the birth of cinema,“ says Leo Faber, co-founder of Redfern-based Virtual Reality collective BADFAITH.
Full Article
Footpath 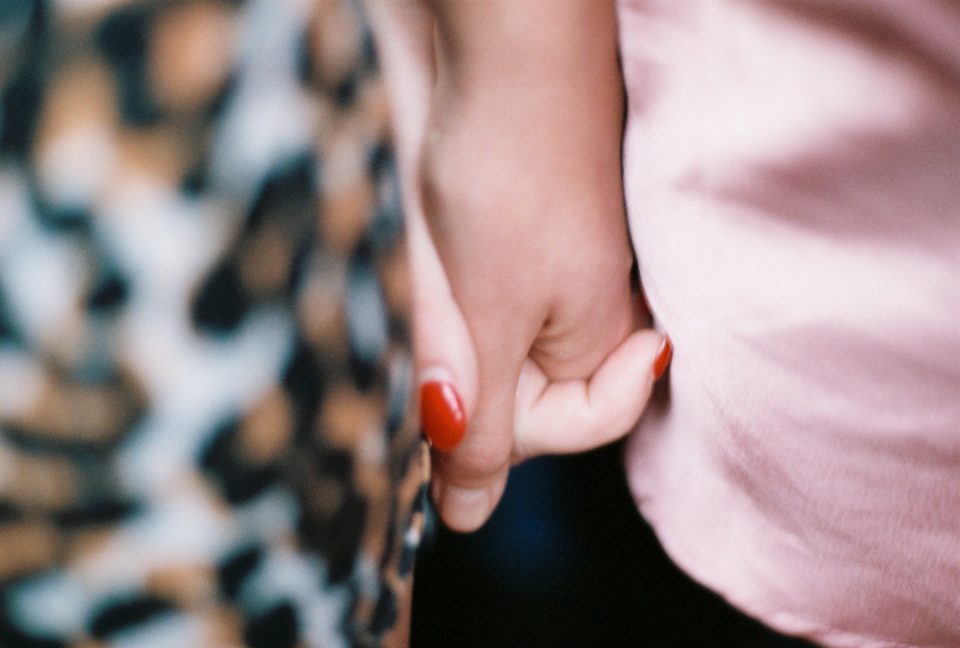 @luce_marion Pride
by Lucy Wadelton
“The girls in the picture are my best friends, Martine and Tilly, and I caught them in a private moment in the crowd of the parade.”
Full Article
Culture 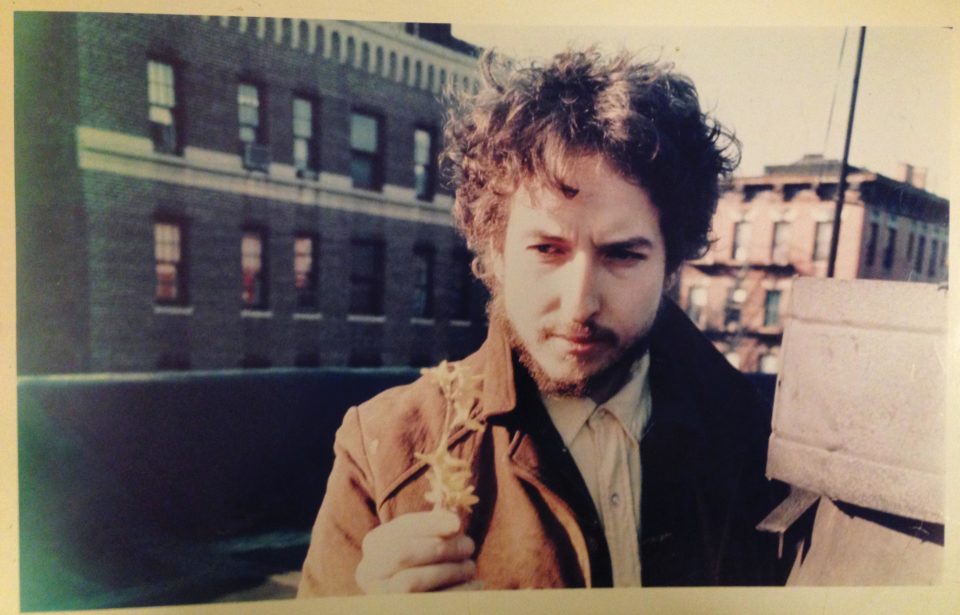 Bob Dylan and His Band Enmore Theatre, Sydney, Sunday 19.08.18
by Mark Mordue
The mystery of this evening is how he got to be this mythical – and yet so human again? It’s as if Dylan has fought his way back into being here and is saying a strange thank you to a dream that almost destroyed him.
Full Article
X