“You could fill up a bloody telephone book with them.”

Vittorio Bianchi, of the Piccolo Bar Cafe in Kings Cross’s Roslyn Street, is recalling the famous people who’ve been there. A random selection includes Brett Whiteley, Jack Thompson, Gough Whitlam, Marianne Faithfull , Boy George, Dorothy Hewett, the Red Hot Chili Peppers and Peter Allen. “I didn’t know who he was,” Vittorio says. “I said ‘Tell him to shut up a bit’, ’cause he was talking too loud being American – well, with an American accent.” 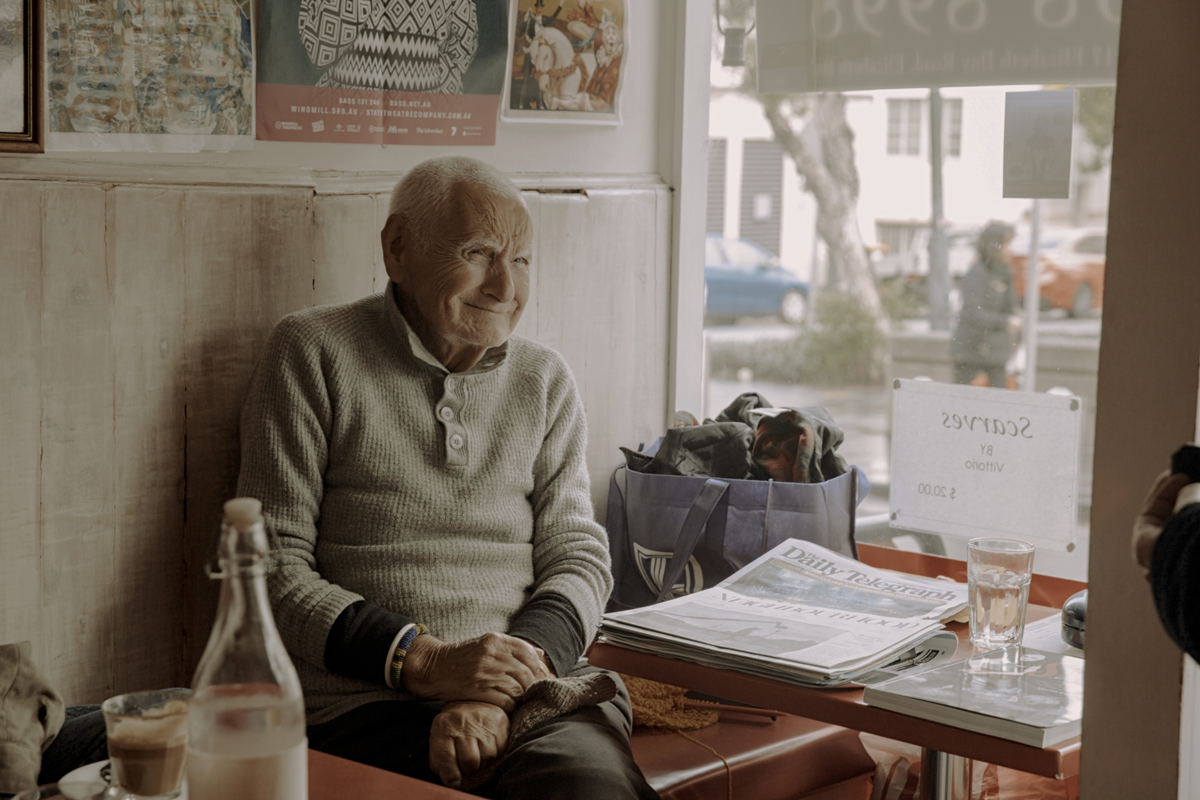 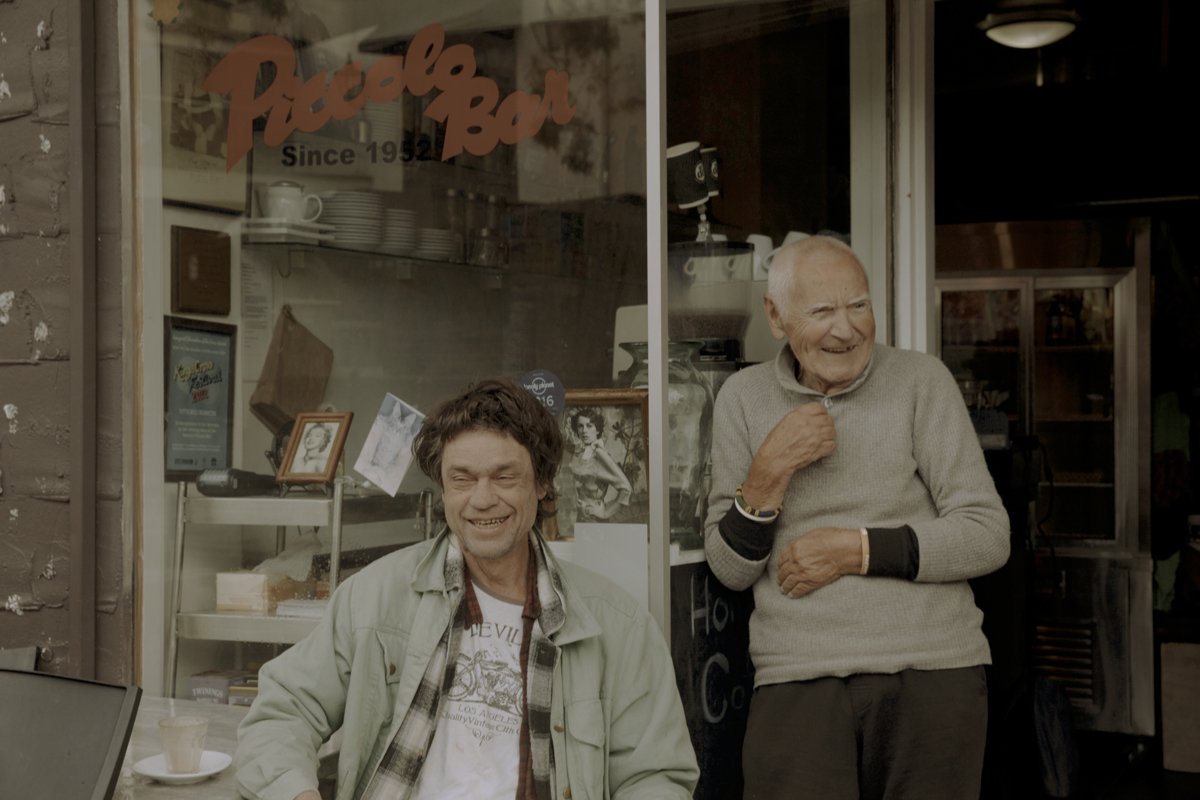 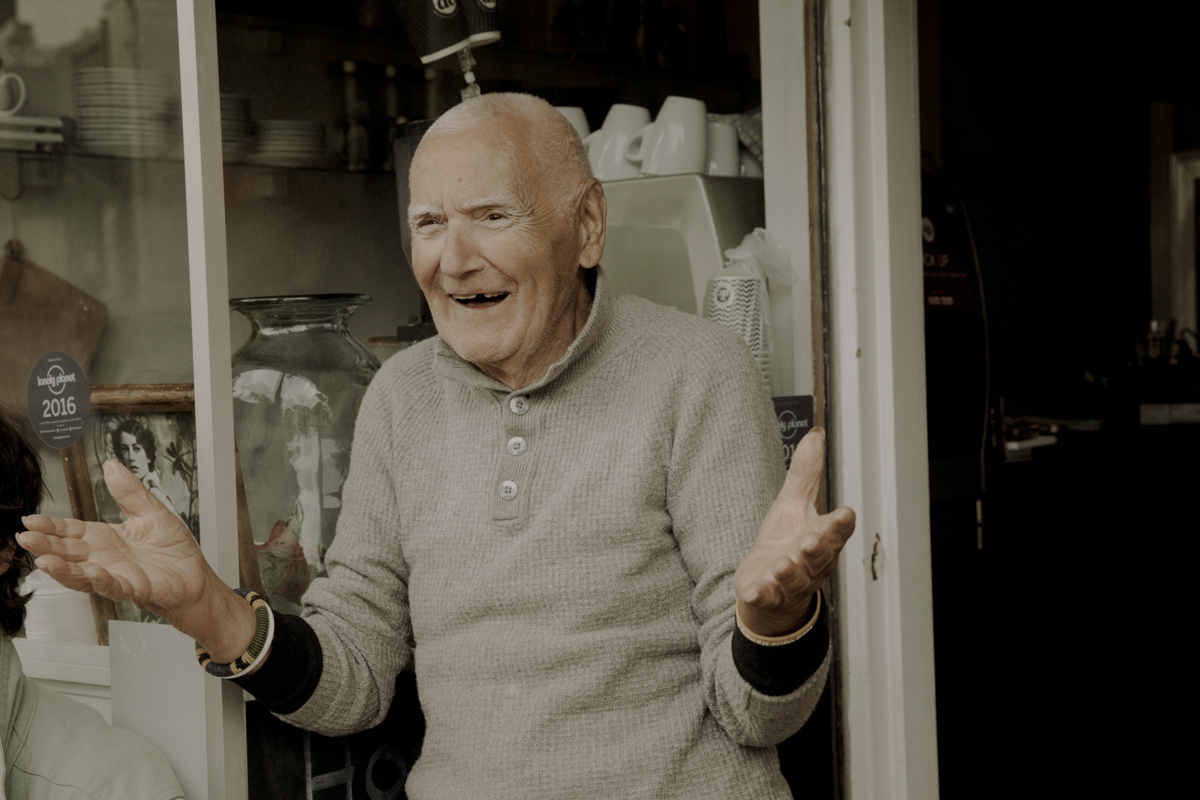 Then there are the lesser-known creative types, drag queens, junkies, prostitutes, crims, and those simply drawn by the promise of a good coffee. “It’s not rocket science,” as Vittorio says, dismissing barista-led affectation. For decades he’s been one of the Cross’s more entertaining and empathetic characters, dissuading at least one customer from suicide.

But the long vibrant story of the Piccolo looks to be drawing to a close. Vittorio started working there in 1964 – it first opened back in the ’40s – and later bought the place. He has no plans to sell, but the premises will now be rented out. The cafe will stay open until it’s leased; then its future will be determined by the tenants. It’s sad to think of those autographed photos coming down from the walls.

Vittorio was born in 1934 – “the same year as Sophia Loren and Brigitte Bardot” – in a village outside Naples. He was 14 when he came here with his mother and two sisters. “My father was blind and couldn’t look after us,” he says. “That’s why he sent us out here. We were very poor when I was a kid – starving.” Vittorio has only been back twice, and is not nostalgic about Italy.

His life and observations were the subject of Piccolo Tales, a one-woman show which Vashti Hughes wrote and performed in 2015. It was funny and poignant. Hughes played Vittorio, and the man himself played a heckler. The Piccolo itself was the venue, and it’s not called ‘piccolo’ for nothing. Nightly audiences consisted of ten people inside the cafe, and a crowd outside. At one point in Piccolo Tales, Vittorio came out resplendent in a red kimono and mimed to Puccini’s Madama Butterfly. It was his dream to be in opera, and as he pithily puts it, “If you don’t have dreams you might as well die.” 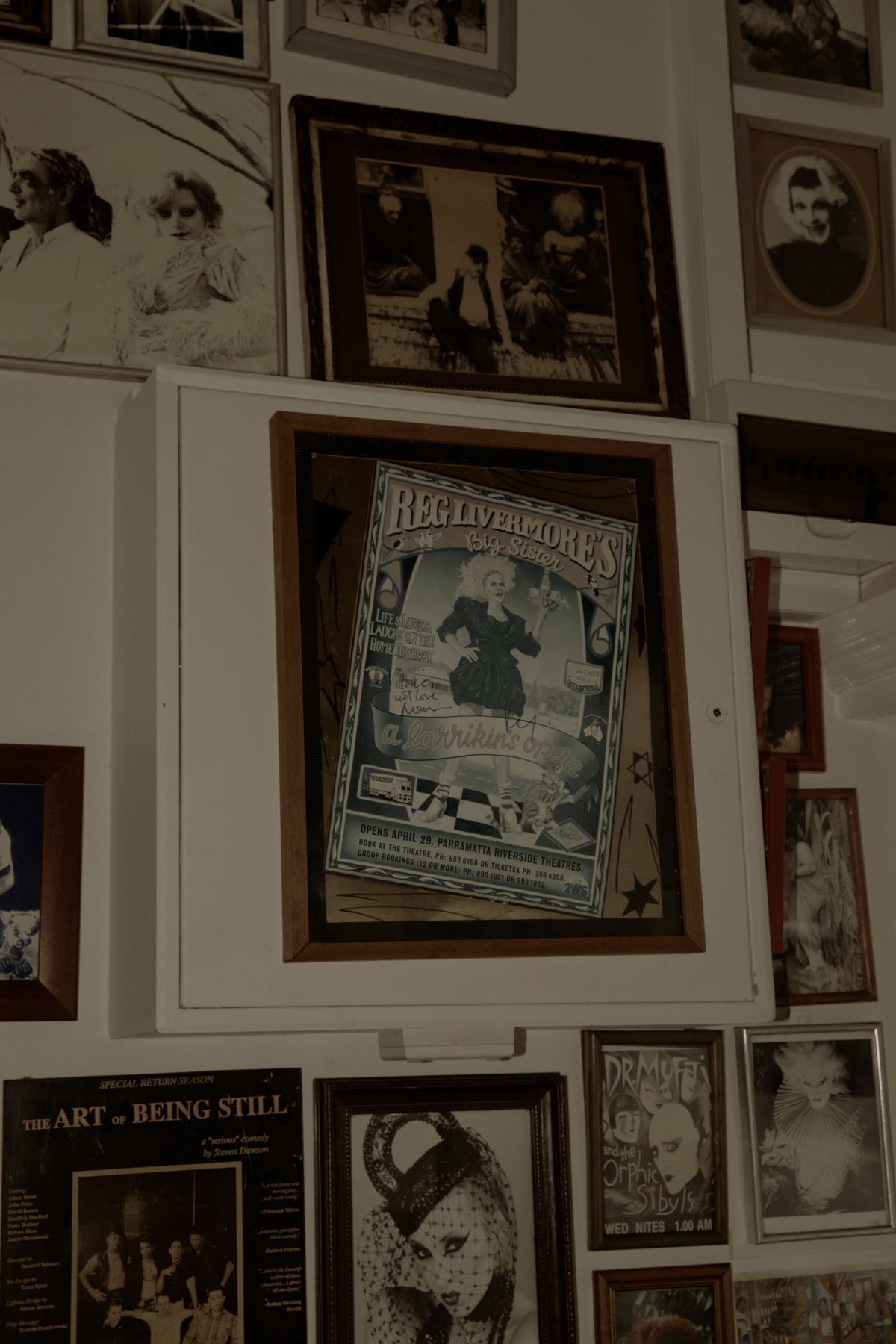 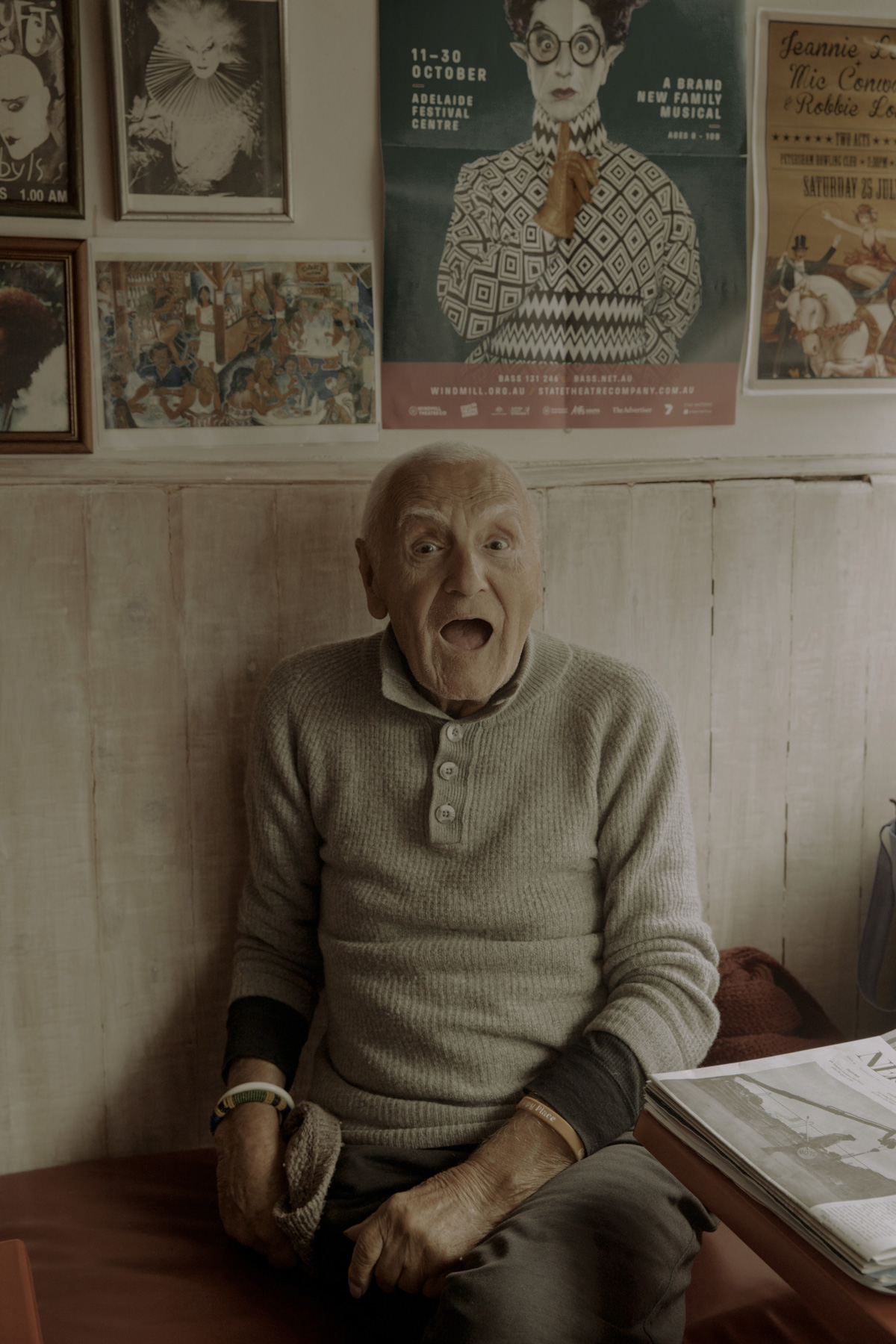 He’s also a movie and theatre buff. His encounters with the film world stretch back to the outback shooting of The Sundowners (1960), when he conversed with the multilingual Peter Ustinov in Italian. Then there are Vittorio’s own thespian experiences: “First I was independent, and then I worked for Hayes Gordon and the Ensemble Theatre. I was there for seven years and I never got a cent. And there were about 30 of us – underground artists, Boom Boom, Johnny Allen and all that – who used to do cabaret.”

Vittorio is low-key about accolades he’s received. “Well yes, Clover Moore gave an award to me – I looked at it and it was a piece of cardboard – but she also gave one to Animal and a couple of other long term figures of the area including Carlotta.”

What he does get intense about is gentrification, smoking bans and lock-out laws. Are they killing the Cross? “Not killing,” he asserts. “They’ve killed it.”

Still, he concedes, it’s a question of balance, and those who lament the passing of certain ‘colourful’ Sydney identities risk romanticising brutality. “Just look what happened to Juanita Nielsen. She used to come here and bring in her little four-page magazine. Then I saw her face in the paper ’cause she’d been killed.”

These days Vittorio lives with his nephew, niece-in-law Tina Newton-Carre and their family. Tina basically runs the Piccolo, and refers chirpily to Vittorio as “crazy: good crazy/bad crazy/everything crazy… He’s a wonderful caring giving soul. Without him there’s no Piccolo – he is the Piccolo.” But it’s “time to move on,” she says, and her next venture will be a same-sex marriage directory. Recent health problems notwithstanding, Vittorio is OK, but gets tired and only comes in to the cafe three times a week for a few hours.

The expression “the end of an era” is used indiscriminately, but if and when this place serves its last coffee it might be appropriate – at least in a piccolo way.

STOP PRESS:All’s well that ends well! The lease on the Piccolo Bar Cafe has now been taken over by sister and brother, Eulalie and Shamus Moore. They’ve been coming here for two decades as customers, and intend to keep it going – decor intact but augmented, Italian cuisine expanded – because of “the memories and the sense of a community [fostered by Vittorio] and a special connection,” as Eulalie puts it. Or, as Shamus sees it, the egalitarian roots which the cafe has retained despite the “metamorphosis” of the area. The Piccolo Bar Cafe: 6 Roslyn Street, Kings Cross. Wednesday to Friday 6am to 12am; Saturday and Sunday 7am to 12am. 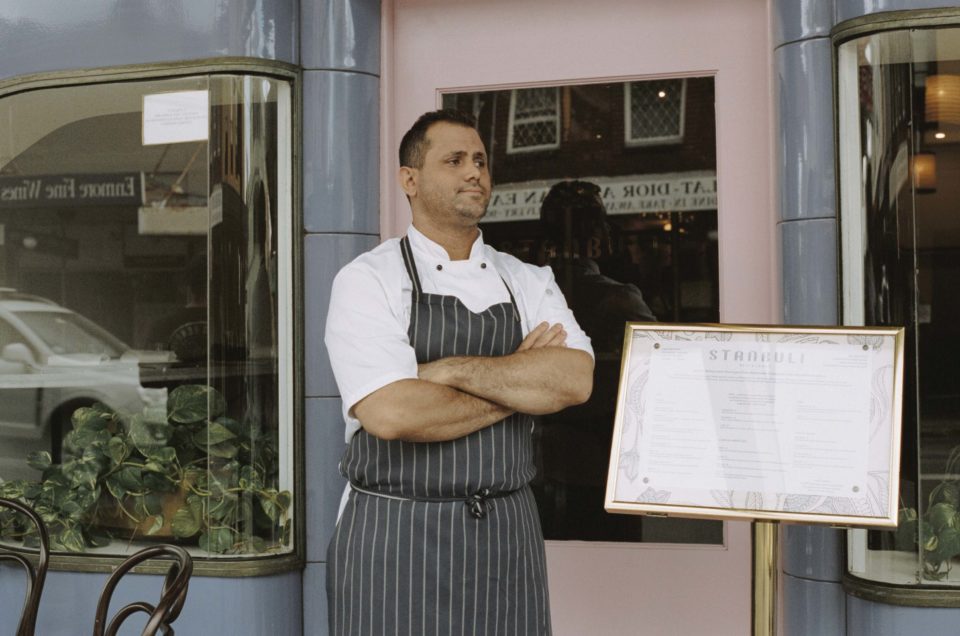 Stanbuli A Turkish Riff on Food and History
by Lee Tran Lam
“I had a few of the old locals walk up to me, very curious as to what I was doing to the building.”
Full Article
Food 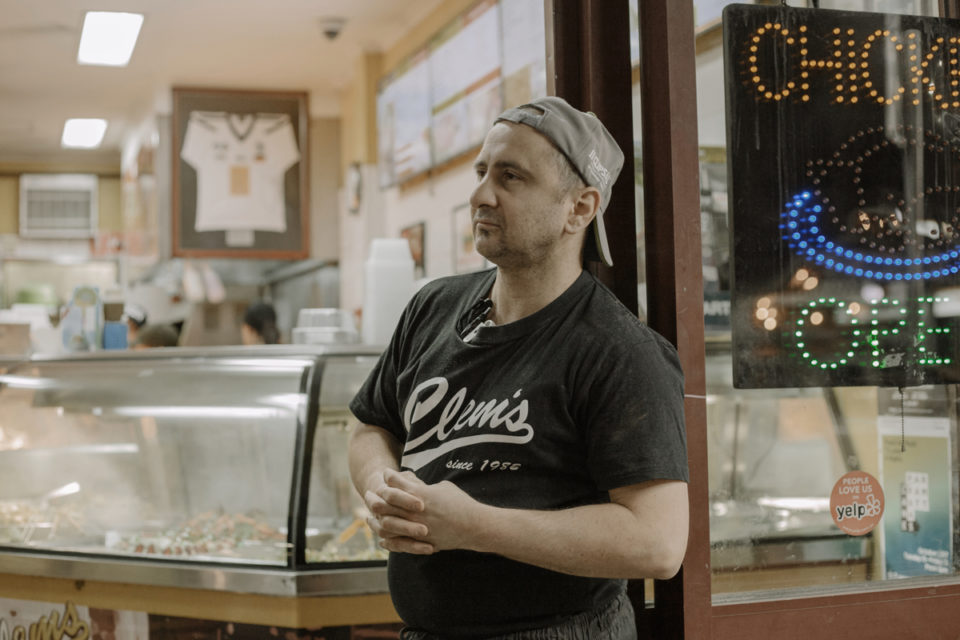 Newtown’s Best Variety Act Behind the scenes at Clem’s Chicken Shop
by Lee Tran Lam
Newtown was a no-go zone when Clem's was founded: “I remember Peter once walking to school and he got rolled for his shoes.”
Full Article
X