Laser Love The changing faces of the cosmetic surgery business 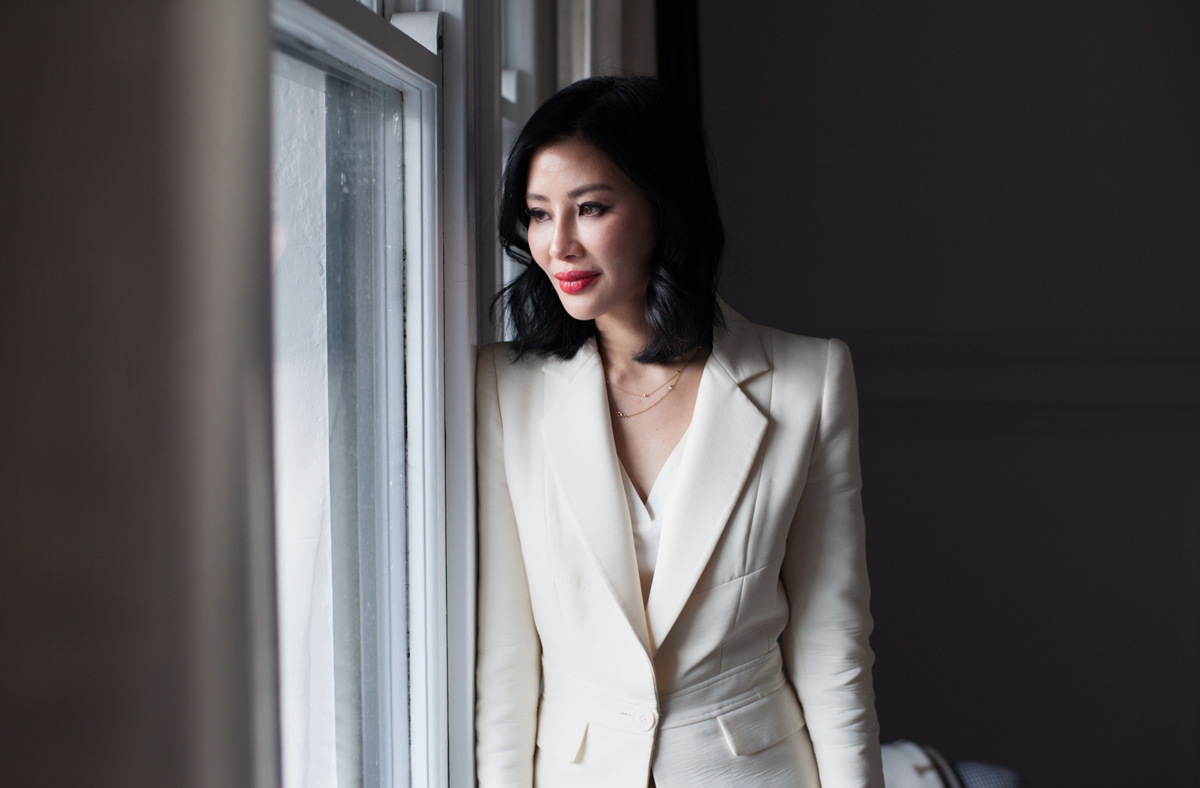 In the late 1990s, when Dr Van Park was studying medicine at the University of NSW, the cosmetic medicine scene was underground. Botulinum toxin, which would later be branded as Botox, was not meant to be injected into people’s faces. “The only training you could get was the grandfather scheme. You literally knocked on doors and said, ‘I kind of want to do this.’” She knew of three people who were practising and was eventually taken in by one.

As she watched the doctor work, she realised what she wanted to do. “It combined my love of make up with the science of the face and aging,” recalls the down-to-earth and softly-spoken doctor. “While I was working, training and doing my residency, I was — sort of — after hours doing underground cosmetic medicine.”

Even now, almost 17 years later, working out of a large, glamorous terrace in Woollahra, Park, of indeterminable age, still maintains a level of discretion. She doesn’t use social media.  She’s in the process of creating a new injecting room, which will cater for men and clients who require 100% privacy.

“There are people who can’t afford to be seen here,” she says. “Or we have men who have sat in the waiting room and their friend’s wife has come in and they’ve freaked out. They didn’t want the wife to go home and say ‘Oh guess who I saw’.  We also get a lot of men who are CEOs, who are high in the corporate world and who feel they need to look fresh to keep up with the competition.”

exclusive experience, involving an expensive surgical procedure or tracking down tucked-away doctors. But over time, it has become less invasive and more accessible. There are procedures in which fat cells are frozen, they die and are then naturally eliminated. Dentists, skin cancer doctors and plastic surgeons have expanded their practice by offering a quick hit of of Dysport and Xeomin, other popular botulinum brands.

But in the way Uber disrupted catching a taxi, some could say Laser Clinics Australia has done the same for the Australian cosmetic medicine industry. While there are a number of chains, none can compare to the LCA colossus. With extremely cheap prices, shops at the mall and aggressive marketing, they are now the largest providers of laser hair removal, cosmetic injections and skin treatments to a generation that often isn’t afraid to share images of their filled-up lips on social media.

LCA was founded by businessmen Alistair Champion and Babak Moini in 2008. According to business publication Smart Company, they had a growth rate of 200% and 800 staff in 2016. It was recently sold for $650 million to Kohlberg Kravis Davis, a private US equity firm. There is talk of the LCA model expanding internationally. Requests for an interview with LCA and to be shown around a store were declined.

Aside from images of big pouting lips, wrinkle-free foreheads and Glowing skin is always in memes, their Instagram feed is also intermittently peppered with young women in uniforms celebrating a store opening — at last count they had 80 franchised stores.  There are more LCA clinics in inner Sydney than McDonald’s outlets and within the industry they are consistently described as offering a “fast-food” style service.

Their massive scale means they have enormous buying power when it comes to muscle-relaxants, for example. Whereas some clinics will charge $16 per unit, LCA offers it for $12.95. While some people may only need four units to fix their “elevens” — the vertical lines between the eyebrows — others may need 40.

But more controversially, LCA also cut costs by being part of a trend in some chain clinics of not always having doctors on site. Instead, they will often appear by video-conference call — registered nurses do the consultation and once a prescription is approved, they are the ones who do the injecting. Under NSW law, while many of the medical products used in cosmetic medicine, such as Botox, Restylane and fillers can only be supplied by a doctor, nurses are allowed to inject.

medical fraternity, it is not illegal. Telehealth is actively encouraged by the Federal Government, particularly for patients in rural and isolated areas. When a 2015 Medical Board of Australia inquiry into cosmetic medical and surgical procedures determined that telemedicine was legitimate, it also published submission which was a petition signed by nearly 1000 people titled “Cosmetic nurse injectors deliver excellent cosmetic service via live video consult”.

Despite this, Dr Ron Feiner, Medical Dean of the Australasian College of Cosmetic Surgeons, still thinks it inappropriate it is used. “A traditional medical assessment is not only verbal but physical — you want to be able to touch tissues … you want to look at people from different angles and I don’t think telemedicine gives you that degree of accuracy. I’m not alone in thinking this. There’s a general debate.”

Although efforts to make cosmetic medicine a specialty have so far failed, Dr Feiner is concerned that the public has come to see procedures as problem-free. “It’s a serious business to inject someone,” he says. “When you are injecting someone’s face, it’s an onerous task, it’s their faces, it’s what they present to the world. It’s not a trivial thing. Unfortunately the media has trivialised it. You can go on YouTube and Instagram and it looks like a visit to the hairdresser.”

Dr Park, who is part of an international advisory board for a drug company, says she has seen case studies in which people have gone blind or had tissue death from fillers being injected into an artery. While the vast majority of procedures are successful, googling “filler complications” reveals a smorgasbord of distress: bruises, black noses and splotchy rashes. 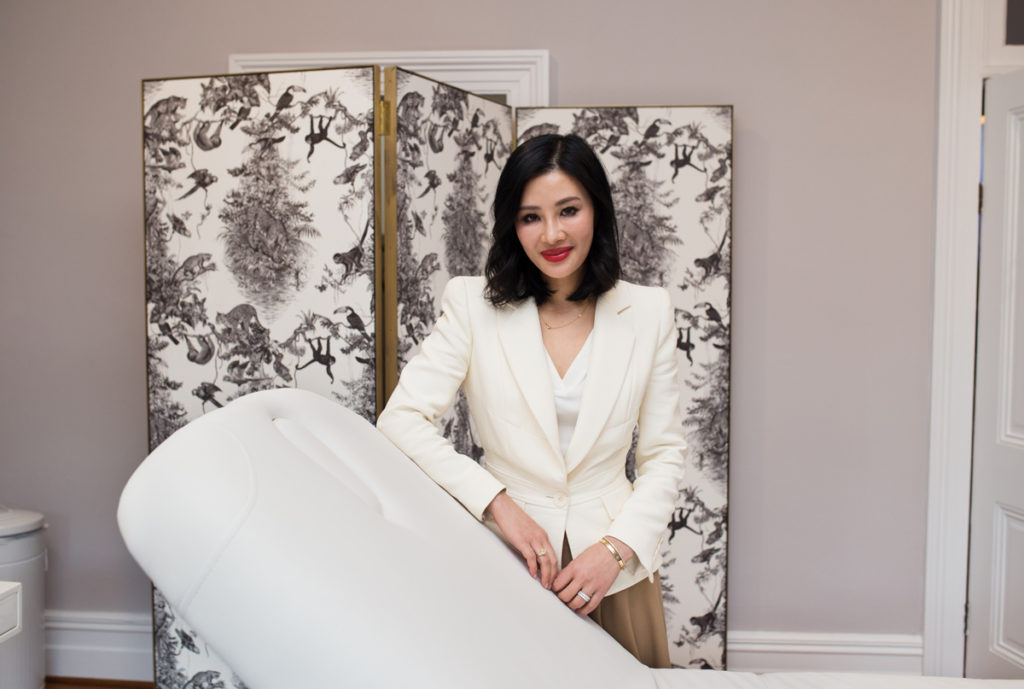 fragmented and lightly regulated industry. In the pit are plastic surgeons, dermatologists, cosmetic physicians, GPs, registered nurses and dentists with genuine concerns for patients, as well as a financial need to protect their turf.

The 2015 Medical Board of Australia consultation was not only triggered by the “who does what” but also partially by the fact six Sydney patients having low-cost boob-jobs faced life-threatening complications at The Cosmetic Institute. It’s a company that LCA’s Moini is a director of, although he is not involved in day-today operations of any of the clinics. (The NSW government has since introduced strict new regulations that boob-jobs and a few other cosmetic procedures should only be performed in a private hospital.) But for one doctor, who did not wish to be named, the federal inquiry was also pushed by a medical establishment “losing shitloads of money” to LCA and the Institute.

While many of the “injectors” in the industry are registered nurses, they don’t usually own the practice. But in a unique situation, registered nurse Lisa Sullivan-Smith co-owns The Clinic, an up-market service in Bondi Junction with a fellow nurse, and they have a doctor working for them. She says while a few times people want to be injected by a doctor, “…at the end of the day, in the hospitals, there are a million fantastic nurses out there. If you need to be catheterised, you want the nurse who’s being doing it for 20 years instead of a doctor who’s going to fumble around.”

Sullivan-Smith has been injecting for nearly 15 years and her clients include doctors, lawyers, MPs, actresses and people from Channel Seven and Nine.  She says the rise of the chain stores, including LCA, has had no impact on her business. “It’s like comparing Valonz with Just Cuts. There’s no competition. In fact, that competition is very healthy for us,” she says, adding that there is a currently a trend for big lips, although she generally won’t perform the procedure on people over 40.

“There’s nothing worse than big lips on saggy skin,” she says.

medicine business in Bondi Junction, has observed that while the chains may be impacting on smaller businesses trying to compete on price, they are also opening up the market. “The positive thing is that allows people to have a better understanding of how muscle-relaxant and other treatments work. If people really need it, for example, if you suffer from really bad sweating of the palms and the underarms, you can go there and it’s a lot cheaper and accessible.”

Ko says the expanding market means more men are getting treatments. “There was a stigma that if you had anti-wrinkle work done, everyone would be able to instantaneously tell, when you can only tell when it’s done really badly,” she says. “When it’s done really well, no one has a clue because you can still move your eyebrows, you can still move your forehead. There is no frozen look anymore. That’s something they did in the late 1990s, early 2000s, although some people do request it.”

Back in her jasmine-scented terrace, Dr Park remarks that while the majority of women want to appear natural, there are a small portion that want to look injected. “It’s become like a status symbol — amongst younger women where ‘I have a lot of money therefore I can get a lot of work and therefore it has to be obvious’. She says that while two years ago, young women wanted to have lips like Kylie Jenner, the half-sister of the Kardashians, they now arrive with photos of themselves filtered through Instagram-style apps.

Dr Park says Australia could become like Korea, where a large percentage of the population have some sort of enhancement. “The girls there — they all look stunning because everybody has had plastic surgery done. You rarely see a natural-looking Korean girl and when you do it’s quite shocking because they look quite different.”

Laser Love – The changing faces of the cosmetic surgery business 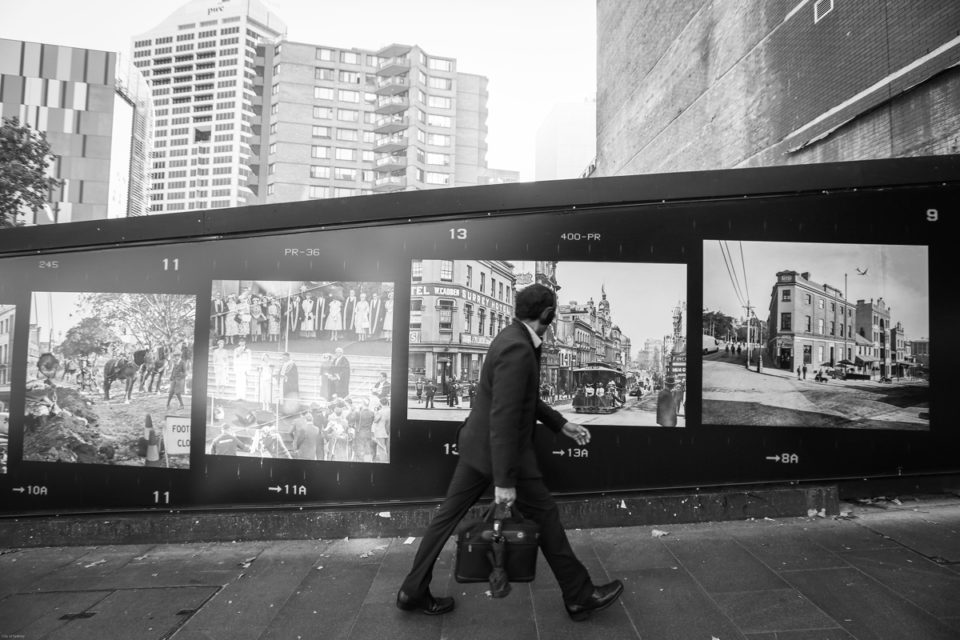 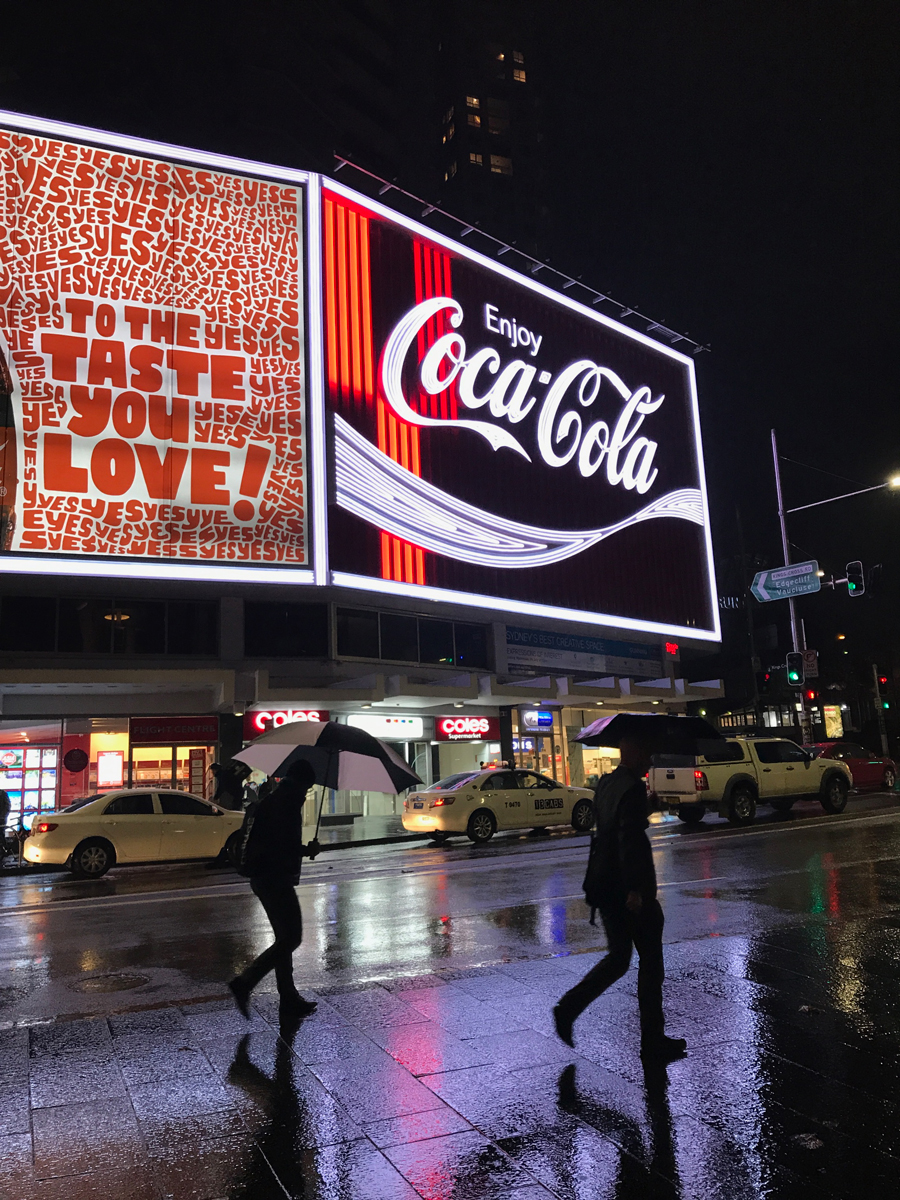 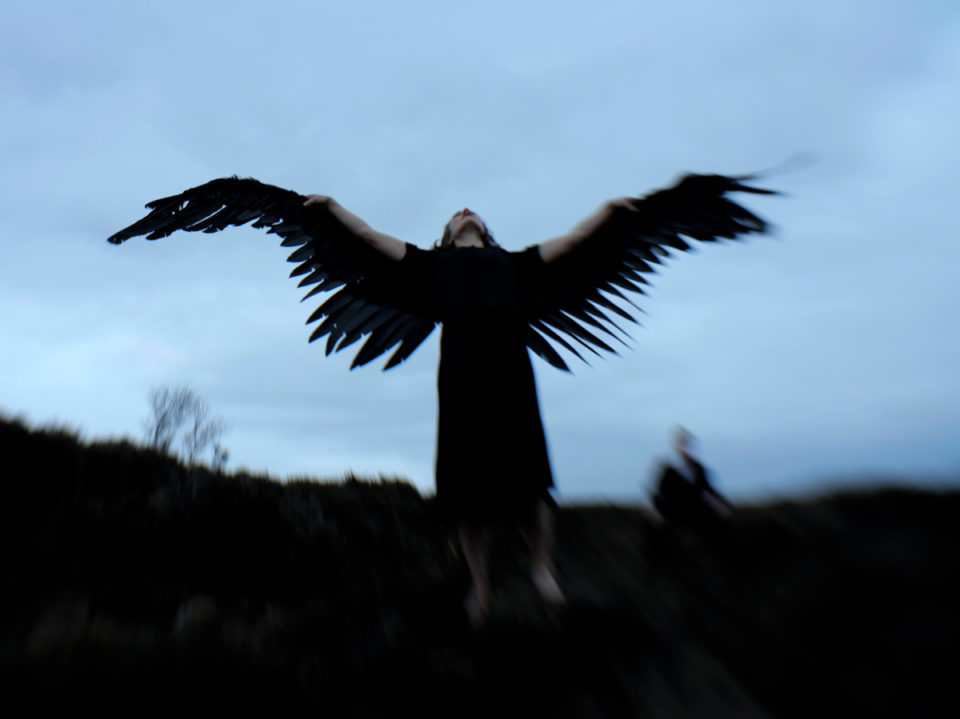 Swan Lake: Loch na hEala An interview with the choreographer Michael Keegan-Dolan
by Matilda Gould
“To be really upfront with you, I’m not a fan of classical ballet,” he says. “I don’t believe them, I don’t think it’s truth.”
Full Article
X