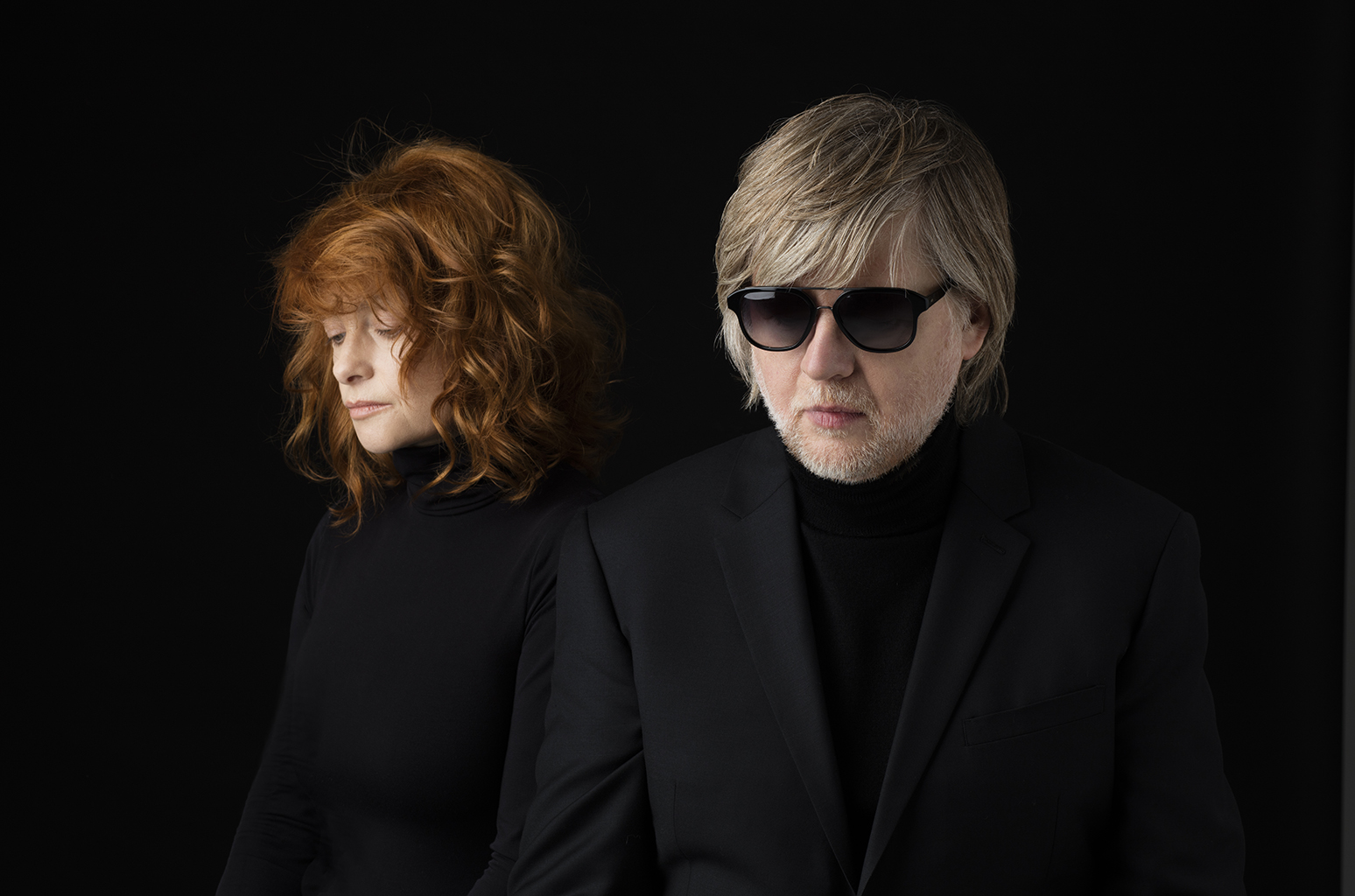 Goldfrapp’s stylistic shifts – trip hop to glam-rock, disco to folk and back again – mask a prevailing obsession: nature. Alison Goldfrapp and Will Gregory’s discography teems with wildlife and traverses landscape; from the icy peaks of Felt Mountain, right up to the brand new Silver Eye, which might be their most nature-obsessed set of songs to date; a riot of wild beasts, primordial scenes, deep dark oceans and starry nights, all watched over by the ‘Silver Eye’ itself.

On Silver Eye, the moon is a symbol of a truer, deeper, more elemental reality; a rebuke to human pretension. “I’m kind of interested in the whole idea of human versus nature, and science vs nature”, Alison told Rolling Stone, by way of explaining the video for Silver Eye’s first single, ‘Anymore’, shot in the stark volcanic wasteland of Fuertaventura. “That kind of landscape is evocative of those things, and it’s been inspiring for so many artists and musicians throughout history.” The landscape, she says, has been “a metaphor for our psyche.” There’s an irony to these appeals to the eternal and the unchanging, which is that Goldfrapp’s way of looking at nature is in fact quite new, at least on the time-scale they’re using. To a traveller in the renaissance, a desert or a mountain was not a symbol of the infinite or a metaphor for feeling, it was a thing you had to get over or through in order to get somewhere else – in other words, as Kenneth Clark put it, “a nuisance”.

For deserts and mountains to become objects of contemplation, a thing for painters to paint and composers to write about, a whole new category of aesthetics had to be invented, which is just what happened in 1756 when Edmund Burke wrote a treatise on The Sublime; “productive of the strongest emotion which the mind is capable of feeling”. Burke clearly distinguished the sublime from the merely beautiful; the second comes from a feeling of love, the first, from a feeling of mortal terror. Alison Goldfrapp’s Instagram photo of a neatly trimmed hedge in Santa Monica is beautiful; her pictures of the volcanic landscape at Fuertaventura are sublime.

So it was in the 19th century, when the craze for mountain viewing and storm-watching was taken up most enthusiastically by people who had nothing much to fear from either; a middle-class intelligentsia that had long since stopped having to live at the mercy of the elements. These were also educated people, whose skepticism toward religion had left them with a god-shaped hole where their faith used to be, a hole they promptly attempted to fill with a belief in the goodness and divinity of nature.

Jean-Jacques Rousseau identified nature with virtue, and corruption with modern society, and, at a stroke, invented the worst aspects of both hippiedom and tourism. The Romantic poets followed, linking morality, truth and nature together in a heady combination that transformed music and art in the 19th century, and still exerts an overwhelming influence on both popular culture and everyday thinking. Speaking of Silver Eye and its themes of landscape, ritual and elemental power, Will Gregory said he believed that modern society had “layered over” these primitive ideas, but that they’re “still there, under the surface”. His suggestion that we left something important and authentically human behind in our hurry to civilise ourselves is a commonplace idea today, but one that would have been unthinkable before Rousseau and the Romantics.

Gregory and Goldfrapp were born into a world shaped by this Romantic conception of nature-as-truth, but would come of age as artists just in time to see it die. The moment is captured in a photo of Alison aged 16, taken at Winchester bus station in Hampshire, 1982. She’s dressed in the then cutting-edge style of Adam Ant and Bow Wow Wow; a modern primitive, let loose on the streets of 20th century London.

The look was an affectionate parody of Romantic ideals, a pop-art riff on a story no-one really believed anymore, the one about instinctive nature as an antidote to society’s ills. Critic Peter Halley laid the notion to rest in an essay the following year titled ‘Nature and Culture’. Up until 1979, he wrote, the idea that the artist’s job was to “return humankind to its one-ness with nature” was all but taken for granted.

But if you went to art school in the 80s, as Alison Goldfrapp did, you wouldn’t hear anyone talking about this stuff anymore. The influence of French thinkers like Roland Barthes and Jean Baudrillard had led to a complete revision of the concept of nature, which, they argued, was itself cultural, an invention of middle-class Europeans in the 19th century. From this point on, the word ‘natural’ rarely appeared in criticism or philosophy without being first carefully dressed in ironic quotation marks, just to let everyone know that you knew that ‘nature’ was a cultural construct and a means by which bourgeois ideology consolidated its power by denying its historicity. Of course people continued to get nature and culture all mixed up, including – especially – Goldfrapp. “Once something’s part of your nature,” said Alison in an interview to promote

This would be true if she were talking about her need to eat or sleep, but the things she and Will Gregory had been discussing – growing up in the 70s with the threat of nuclear destruction hanging over your head, watching weird sci-fi adventures and well-meaning but creepy PSAs (Public Service Announcements) on the BBC, listening to classical music – really all belong to culture.

Seventh Tree was touted as a ‘return to nature’ after the disco glam extravaganza of the albums that preceded it, but was really no more ‘natural’ than Black Cherry. Acoustic guitar and gentle strings, mellotrons and yellow-tinged photos with vaseline on the lens, songs about birds and magic caravans, these things mean nature to a generation of children brought up in Britain in the 1960s and 70s; but none of them sprang up out of the ground. Still, given Goldfrapp’s strong feeling for landscape and wildlife, if the

concept of nature went out of fashion with the end of the 70s, this might explain why the group’s influences tend to be located in that decade. Alison has repeatedly expressed her distaste for the stylised artifice of 80s pop, and most of the duo’s musical loves – psychedelia, prog-folk, krautrock, disco and glam – peaked well before punk. Asked her influences in 2005, she listed, “glam rock, nature, night-time, disco”, as though the connection between those things went without saying.

The title of their very first album combined that ultimate symbol of Romantic nature worship (mountain) with the name of a children’s toy from the 70s (Fuzzy Felt). Goldfrapp’s regret for the past is doubled, since they share the Romantics’ longing for the wild and untamed, but also mourn the loss of a world that could still allow those things to be themselves: in other words, a culture that could still permit nature to fall outside of its jurisdiction. The very idea that mountains, deserts and the moon could be seen as an escape from the world of human affairs, is one that disappeared from view at the moment Will Gregory and Alison Goldfrapp left childhood behind, and was already nostalgia by the time they began their friendship and professional relationship in the mid-nineties.

Silver Eye is their latest in a series of attempts to bring this vanished ideal back, to do what the Romantics never quite managed to do, and re-enchant the world. This, after all, is why they love the moon. “It still holds mystery” says Alison, “it seems like a lot of things in our daily life don’t.”

Goldfrapp perform at Carriageworks on Friday June 2 as part of Vivid Sydney.

The Email Eunuch A Friday night report on sexual politics, Harvey Weinstein (again), Facebook and #MeToo
by L.A.C. Vader
"When, a few days after the Harvey Weinstein sex spectacle, female Facebookers started posting #MeToo, I felt concerned that an overcorrection was occurring and men were copping it a bit."
Full Article
Footpath 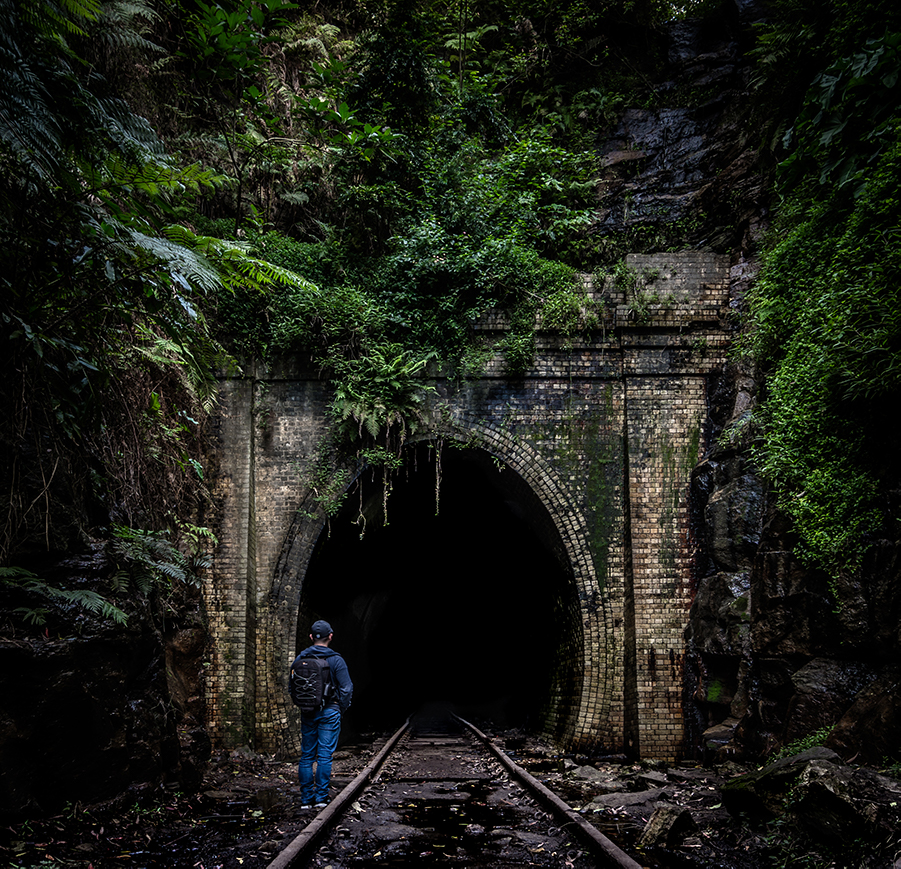 Stumbling Across Stones in Berlin Terror and Art: Unlikely Companions
by Yang Tian
I appeared to be standing in the midst of a mass grave. The endless rows of cold, grey, concrete steles resemble a procession of coffins...
Full Article
X