The Killing of a Sacred Deer Dystopia within 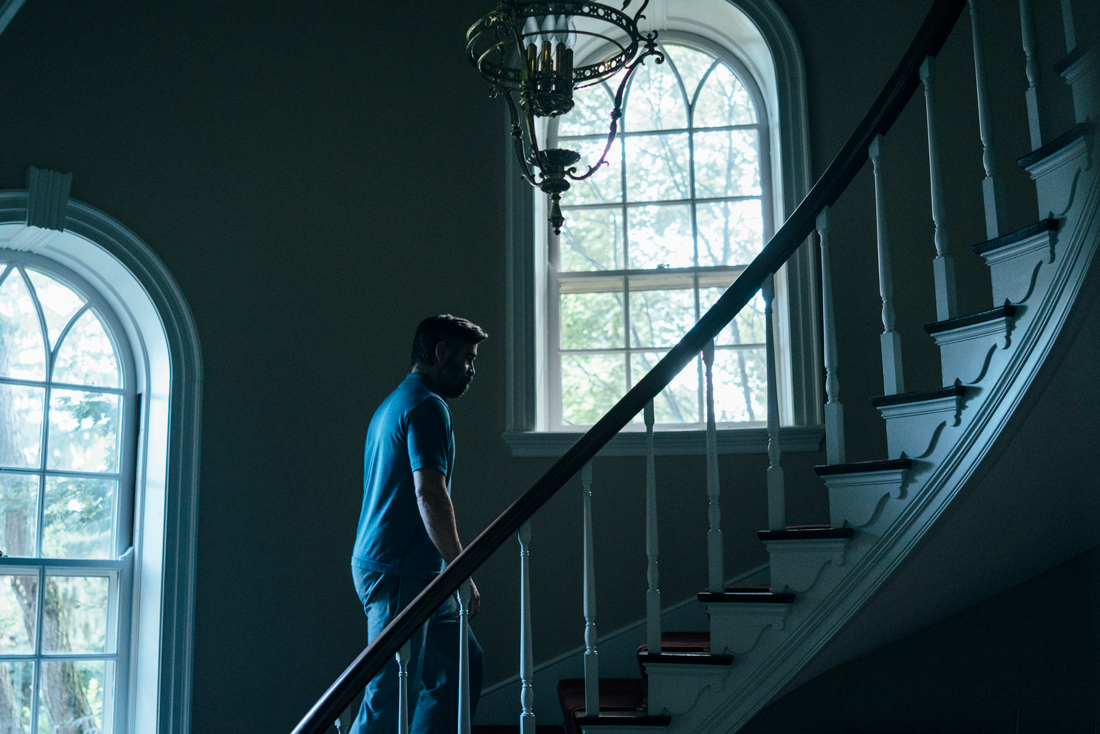 Now, we read almost everything as dystopian. We speak often of the end of the traditional family unit, of wealth, of the middle class, of secure employment, of retirement, of the environment, of capitalism itself. But though it derives from an ancient Greek myth, auteur Yorgos Lanthimos’ most recent English-language film, The Killing of a Sacred Deer, spoke to me of a more Freudian concept: the idea of psychology as an impossible, inner dystopia.

In presenting a justice narrative of emasculation and familial destruction – in which Colin Farrell plays a doctor who befriends the teenage son of a man who died on his operating table – Lanthimos withholds bold statements about the catastrophic politics of the moment, except to posit that the enemy within could be the most poisonous of all.

Perhaps that’s why the film opens, tight, on a heart pulsing violently in an open chest. This heart is an ugly thing: tangible, fleshy, muscular, pink and orange and red, practically beating out of its owner’s cut sternum. As we zoom away slowly, we see the edges of the chest cavity, splayed open by braces and surrounded by bright blue medical swathes.

As a heart surgeon, Farrell’s Steven is used to playing god. An affectless man of stillness and control, Steven is married to Anna (Nicole Kidman), and living in an enormous house in the suburbs with their son and daughter, Bob and Kim. Every surface in his home is embellished with heavy textiles and patterns, the spaces as hermetically sealed as a spaceship. But it’s a Gothic house, brightly lit and uncomfortably vivid. The sound of strange, jagged orchestral strings — those of Hungarian composer György Ligeti, subconsciously familiar to us from Stanley Kubrick’s 2001: A Space Odyssey — laid over scenes of domestic contentment are the sonic signal that something threatening lies beneath. Farrell flattens his melodious voice to a hypnotised, still-lovely monotone. From his luxurious daily drone, moments of unusual assertiveness and tenderness leap out — how many patriarchs call their son darling?

The security and arrogance at the centre of Steven’s worldview is ruptured when he befriends Martin (Barry Keoghan, recently in Dunkirk), the teenage son of a man whom Steven couldn’t save some months back. Martin is a strange but compelling boy. He meets with Steven at diners and the hospital where he works, and beguiles teenaged Kim. 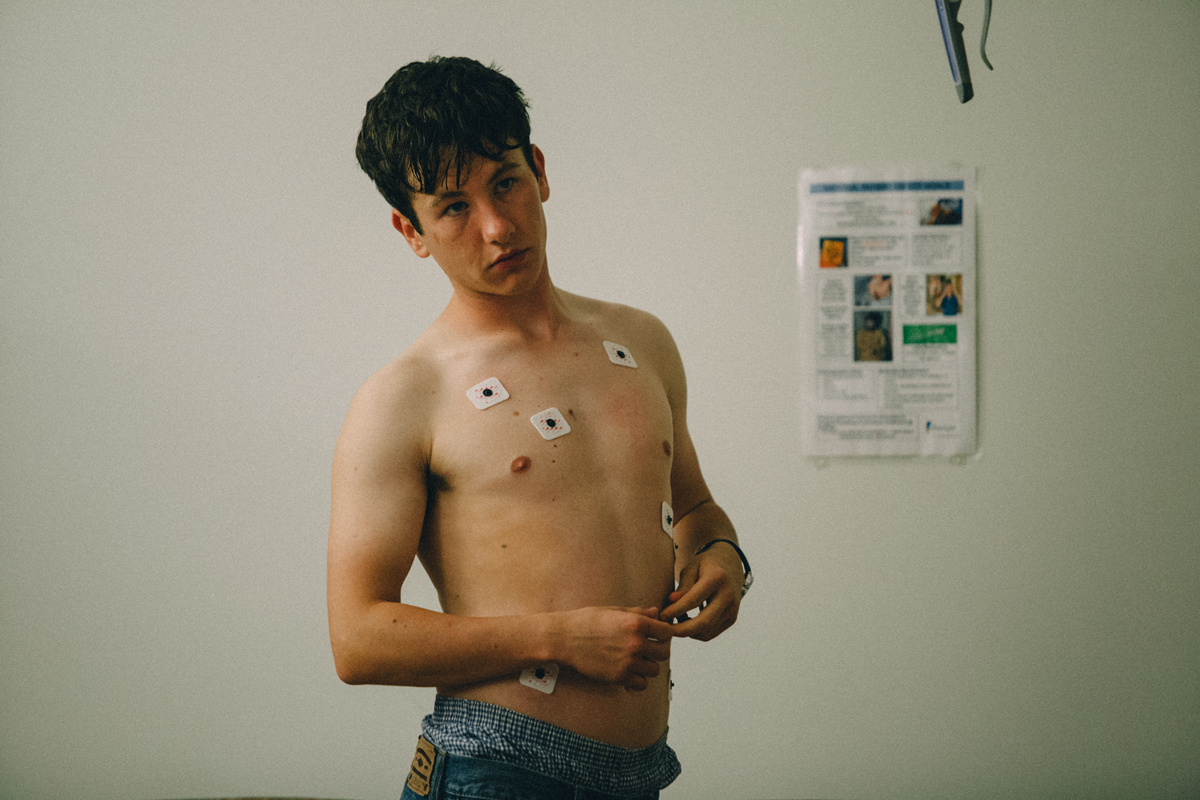 Barry Keoghan as the strange and compelling Martin.

A fissure opens when Steven’s son Bob can’t get out of bed: his legs are paralysed. The film slips into the logic of a myth as Martin delivers a breathless monologue to Steven at the hospital, and the arc of the justice narrative becomes clear: it’s “that critical moment we both knew would come”. The paralysis will spread from Bob to Kim to Anna, their appetites will wane, their muscles will thin, their eyes will bleed. The family is cursed; Steven’s colleagues are stumped. One family member will die, and, in ruthless and inevitable karmic comeuppance, the only way for Steven to halt the encroachment is to choose which of his beloved to sacrifice.

The film’s central dynamic comes into focus: a teenager taking revenge for the death of his father on an older man — a mature patriarch losing his power to a younger man is the molotov cocktail spurring on this narrative.

Not to be read literally, The Killing of a Sacred Deer is an allegorical tale, one that demands you buy into the film’s premise as a fable, a plot founded on abstraction. Allegories give concrete shape to abstract concepts. In this one, the Greek myth of Iphigenia — the daughter of King Agamemnon, who offended the goddess Artemis and had to slay his own daughter in sacrifice so his ships could sail to Troy — becomes a contemporary patriarch’s destruction. By the film’s middle chapter, we realise that it’s not his children’s illness unravelling Steven’s life, but his wife’s refusal to continue playing the delusion game of the functional nuclear family. As an alpha male, Steven turns out to be rather lame, and the only possibility of decisiveness will result in the loss of one of his brood.

Few things are as dark and pure and at once foggy and lucid as dreams. The Killing of a Sacred Deer feels that way; it has that same neurotic potency. The film evokes the early work of Danish auteur Lars Von Trier’s 1994 television series, The Kingdom, a rarely discussed precursor to the new golden age of television that arrived in the wake of David Lynch and Mark Frost’s Twin Peaks (1990-91). Von Trier is also a man whose body of work is dedicated to psychological perversity, and The Kingdom took as its premise a hospital built on the site of a former bleaching pond — a medieval place where many people died from inhaling laundry chemicals. Spirits from the bleaching pond rise up to haunt patients in the cutting-edge neuroscience ward, but their arrogant doctors refuse to listen, and the haunting grows unabated. The series’ title is translated from the word “riget”, which means “the realm of the dead”, and it summoned ideas of the failure of science and medicine to acknowledge the unknown and the ghosts of the past. Likewise in The Killing of a Sacred Deer, Steven is man of science giving over to voodoo, lurching right into a swamp of male cowardice and impossible decisions. The West has faltered, the bourgeois family has fallen in on itself. 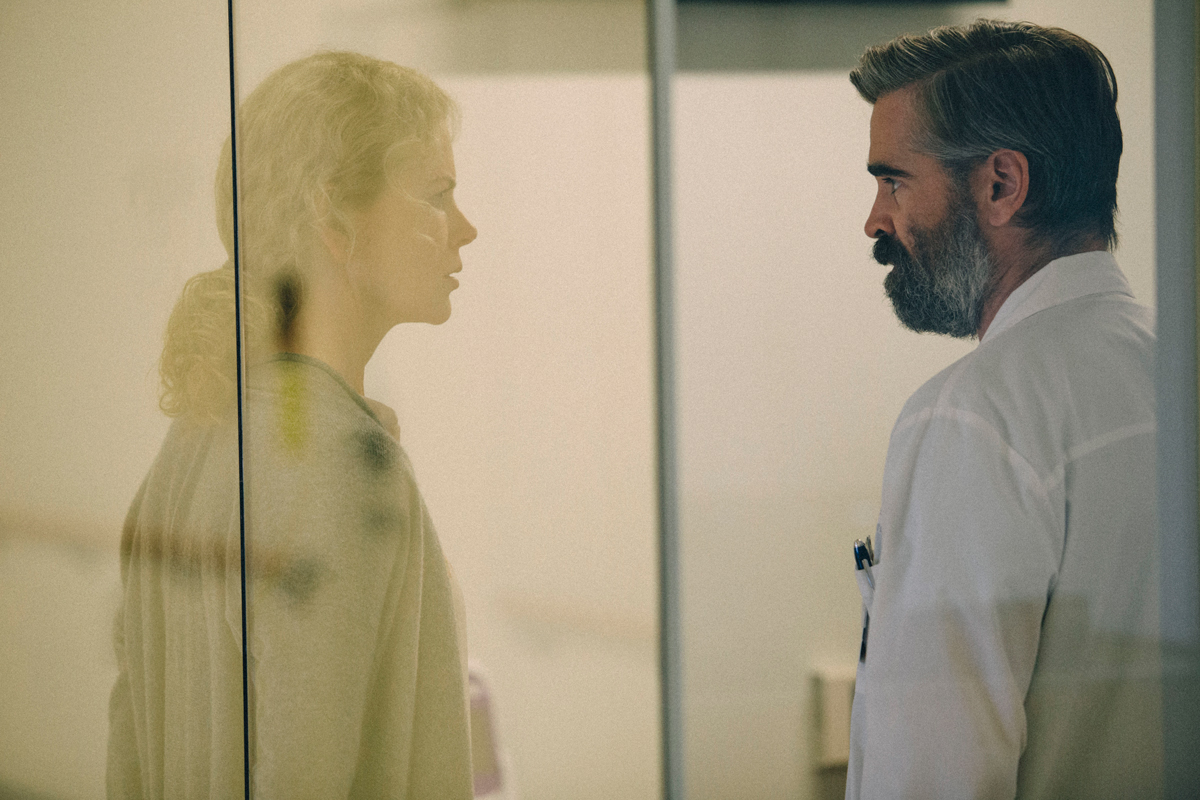 Today, psychology has broken away from Freud, who believed that a healthier, happier society could never deliver healthier, happier individuals. Freud thought anguish came from somewhere within, and was existential rather than social and political in nature. The emphasis now is on the social determinants of health: the idea that a society has some responsibility for the welfare of its inhabitants, and that your personal health choices are influenced by things beyond you, delimited by your class, gender, sexuality and other contextual criteria outside your control. I agree with this idea, and can see the abundant evidence in its favour — just look at the current mental health crises brought onto marginalised groupings in Australia, the homeless people disenfranchised by a free-market approach to housing, the queer people whose identities and relationships have been publicly attacked by the ‘vote no’ campaign for civil rights, and Indigenous peoples, who remain at the bottom of this society since colonisation and capitalism destroyed their social basis of health, country and community.

But at some gut level, the idea that we as individuals are spurred forth by inaccessible things lurking in our psyches seems to hold — we speak rarely of the things that matter most and deny the parts of ourselves we find most shameful and sorrowful. Psychosexual issues are clearly a perverse wellspring of Lanthimos’ characters’ problems: we hear of Bob’s puberty anxieties, Steven’s childhood shame, intimations of long-passed moments of body humiliation that are as inexplicably jolting as déjà vu. The children stream forth reams of socially inappropriate dialogue in affectless tones: Kim has just gotten her first period, pre-teen Bob is obsessed with the prospect of hair under his arms.

And then there is Nicole Kidman’s character, Anna. Kidman is now an iconic figure within cinema history, and her characters have an accumulative power — when we see her lying deadly still on her marital bed with Steven, we think of her in her spousal bedroom with a simmering, jealous Tom Cruise in Eyes Wide Shut (there’s Kubrick, hovering over cinema again), and in her doll house in The Stepford Wives remake. These two characters in particular come to bear on the new creation of Anna. She is a hard and exacting woman, whose feminine exterior — all strawberry blonde curls and black lace dresses — belies a controlling nature. The couple’s power dynamic is only ever flipped in the bedroom, where Anna initiates a submissive routine that has clearly been played out many times over their decades together. We sense that their cohesion as a couple and a family may be more delicate than they realise.

Lanthimos is a surgical filmmaker of great opacity. He offers few signposts as to his characters’ motivations, or his film’s broader meanings — it’s up to Farrell and Kidman to play the subtext, and for audiences to draw the connections between the disjuncture between the handsome family home and horror-like musical background.

But the clues are all there: Martin the intruder has brought on a Michael Haneke-like breakdown of familial relations, a splintering of delusion. The camera creeps round hallways, approaching the family in their dining room like a burglar. It frames the characters’ faces closely — like someone holding your face a little too tenderly and tightly — before zooming out to reveal their context, or adopts the opposite blueprint of capturing a wide tableaux and moving toward an individual within it, inverting the slow zoom. A shot of the children watching Groundhog Day recalls the numbness of the daily grind. Ceiling fans whir torpidly as in the cursed Palmer house of Twin Peaks; domestic bliss is as phantasmal as ever.

The Killing of a Sacred Deer is in cinemas from November 16.

The Killing of a Sacred Deer – Dystopia within

The Post Democracy can die in the dark
by Lauren Carroll Harris
Steven Spielberg’s film summons up an era when journalism was still ‘the first rough draft of history’.
Full Article
Culture
Review 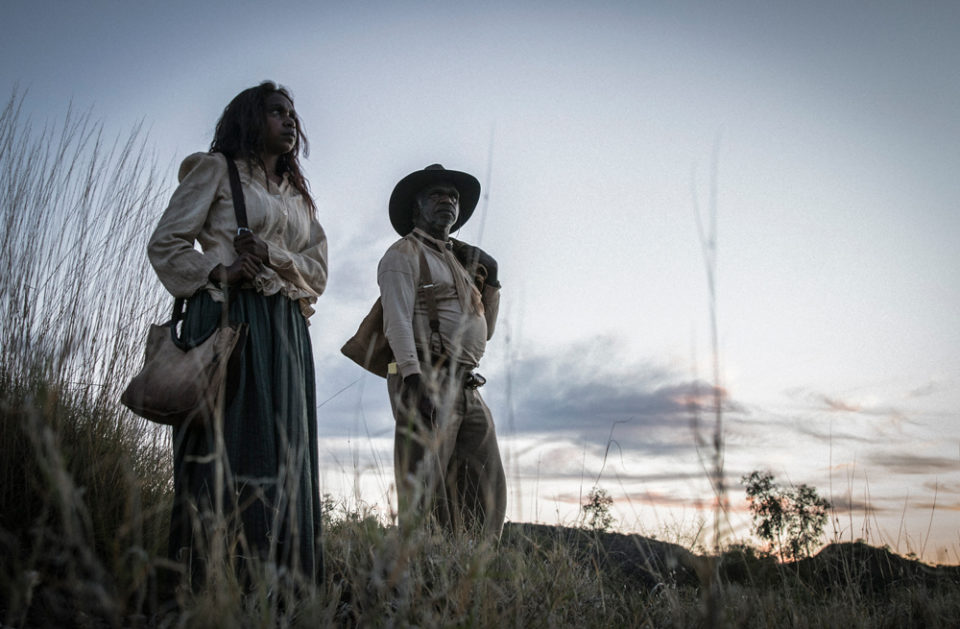