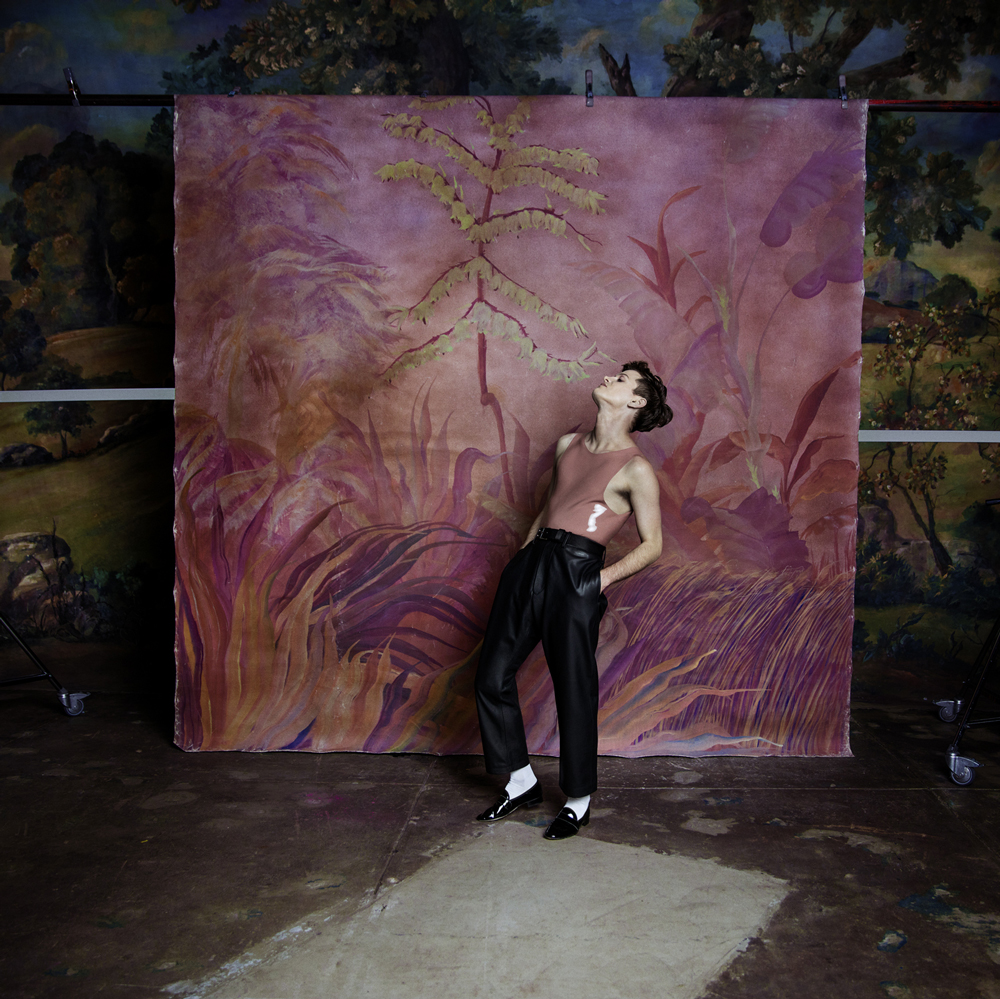 The shamanic queen sets his feet and curls back into the thrumming blast of his band, curving in slow time until he hangs, unnaturally, suspended in sound. This taut, arched freak is Mike Hadreas, a lean, slight creature of Washington State who is the singer, dancer, lyricist and soul of Perfume Genius.

His trance holds through the transmogrifying glamour-hammer of ‘Otherside’, the set’s opener, and then as the song fades Hadreas returns to earth and the cheers of so many queers and others here at Marrickville’s Factory Theatre.

The mere humans onstage with him include three nondescript musicians and a lights guy, all of whom I had assumed pre-show were just roadies, albeit not of the production-line kind. Instead, the Genius’ roadies seemed a shy bunch of graduate maths students with water bottles who barely wrung a peep from the instruments as they were setting up. But after shuffling offstage they shuffled back on as the band.

One of them, heavy-set cardiganed keyboardist Alan Wyfells, met Hadreas – now his boyfriend – in rehab, so perhaps it’s prudent to keep a lid on the supernova factor. Seattle and its surrounds, after all, can be a killer of a place for musicians to orbit: very prematurely came the deaths of Jimi Hendrix, Kurt Cobain, Kristen Pfaff, Chris Cornell, Mia Zapata, Layne Staley, Darius Minwalla, Stefanie Sargent, Andrew Wood, along with a host of lesser knowns.

The dark gorgeousness of America’s rainy, rippling, Pacific Northwest is the kiss within grunge, the intoxicating intimacy that lubricates the pain and the scouring guitars.

Scrap the rock but keep the kiss: Perfume Genius.

It’s a band spawned from Hadreas’ dirty, initiatory wounds: his broken family; his abused, alcoholic mother; his debilitating Crohn’s disease; his estrangement and brutalisation as an effeminate gay boy – he was once hospitalised after a carload of thugs pulled up and beat the shit out of him – and his eventual slide into addiction.

Yet in music Hadreas remade – rebirthed – himself. 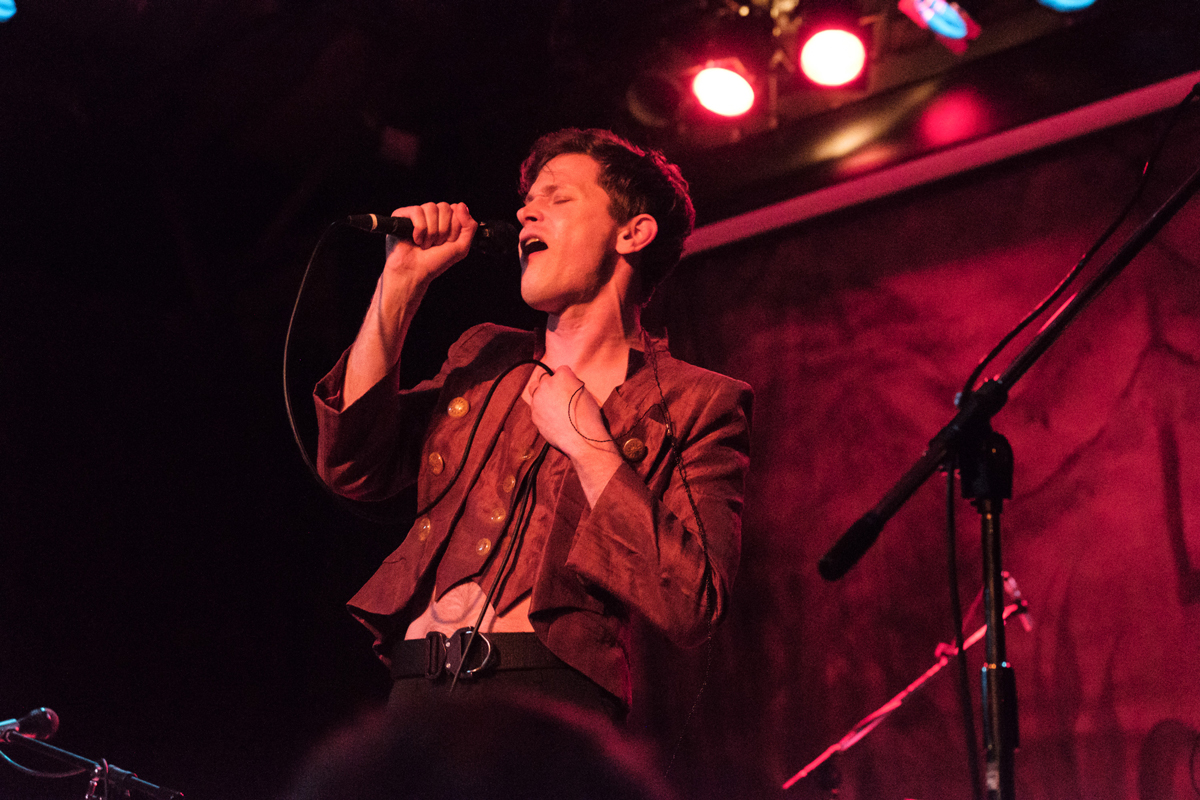 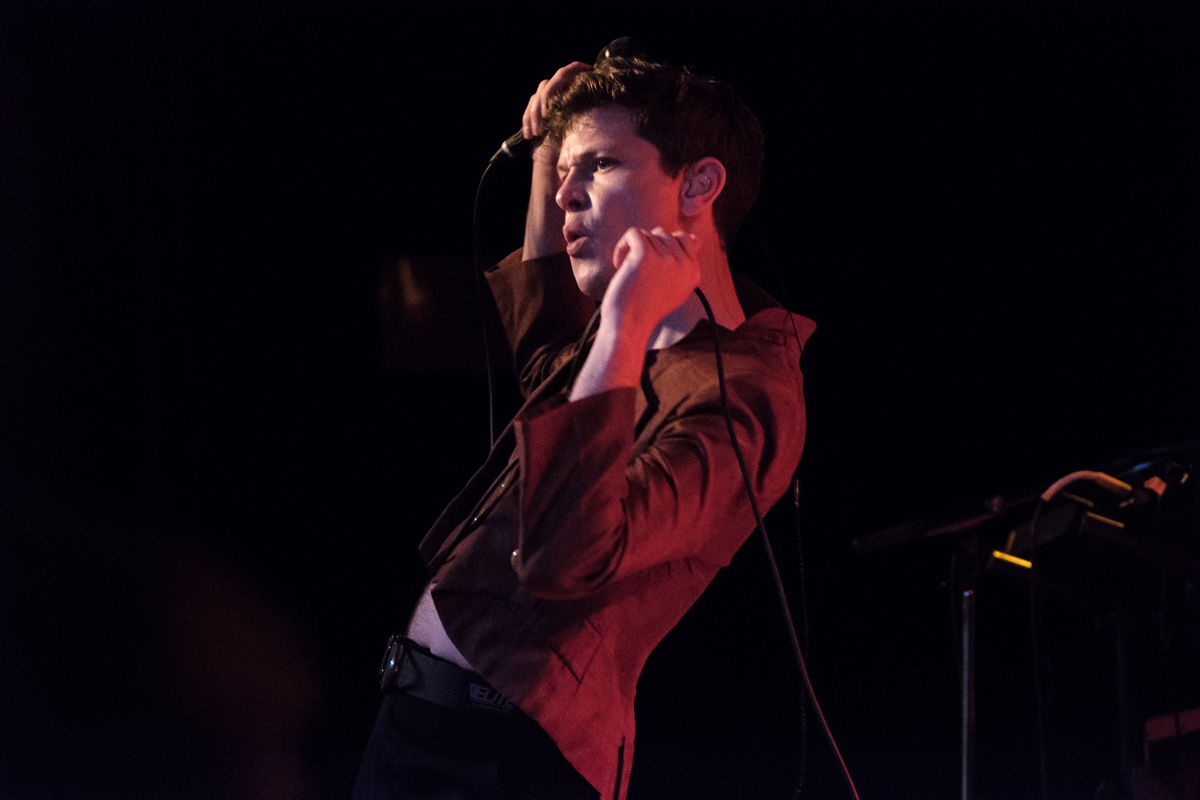 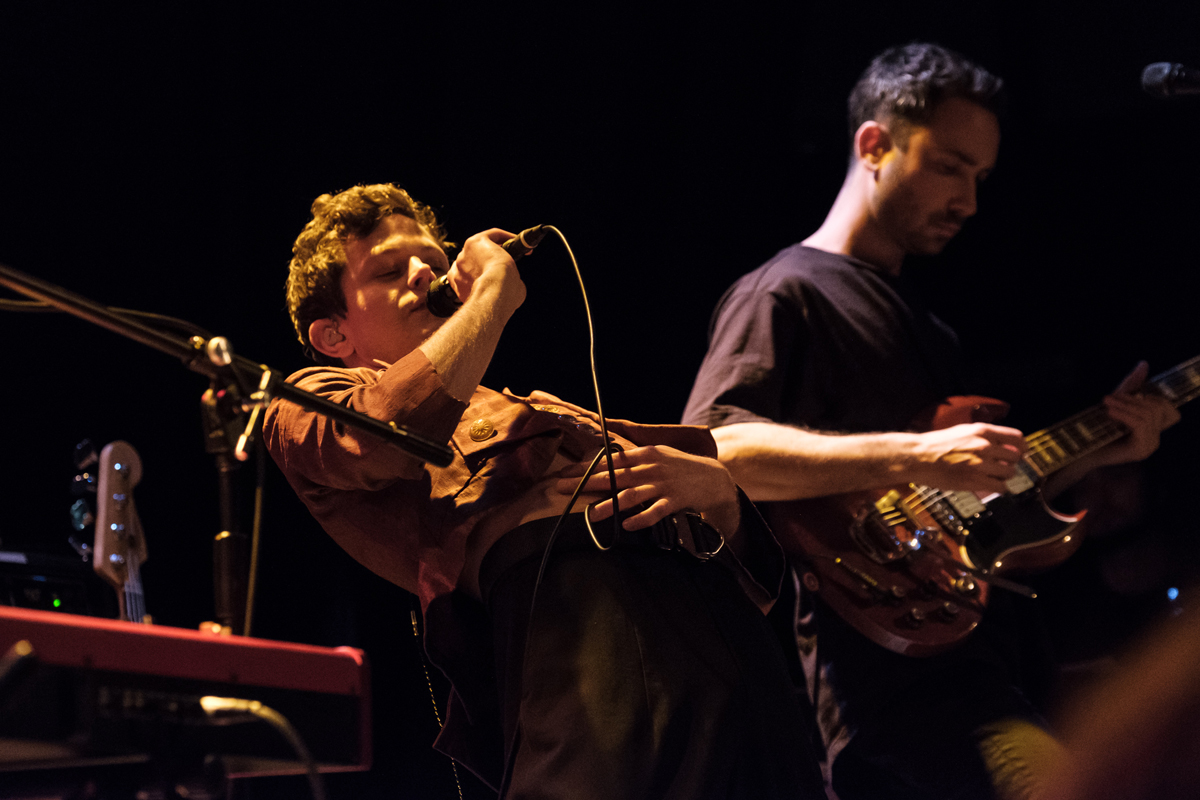 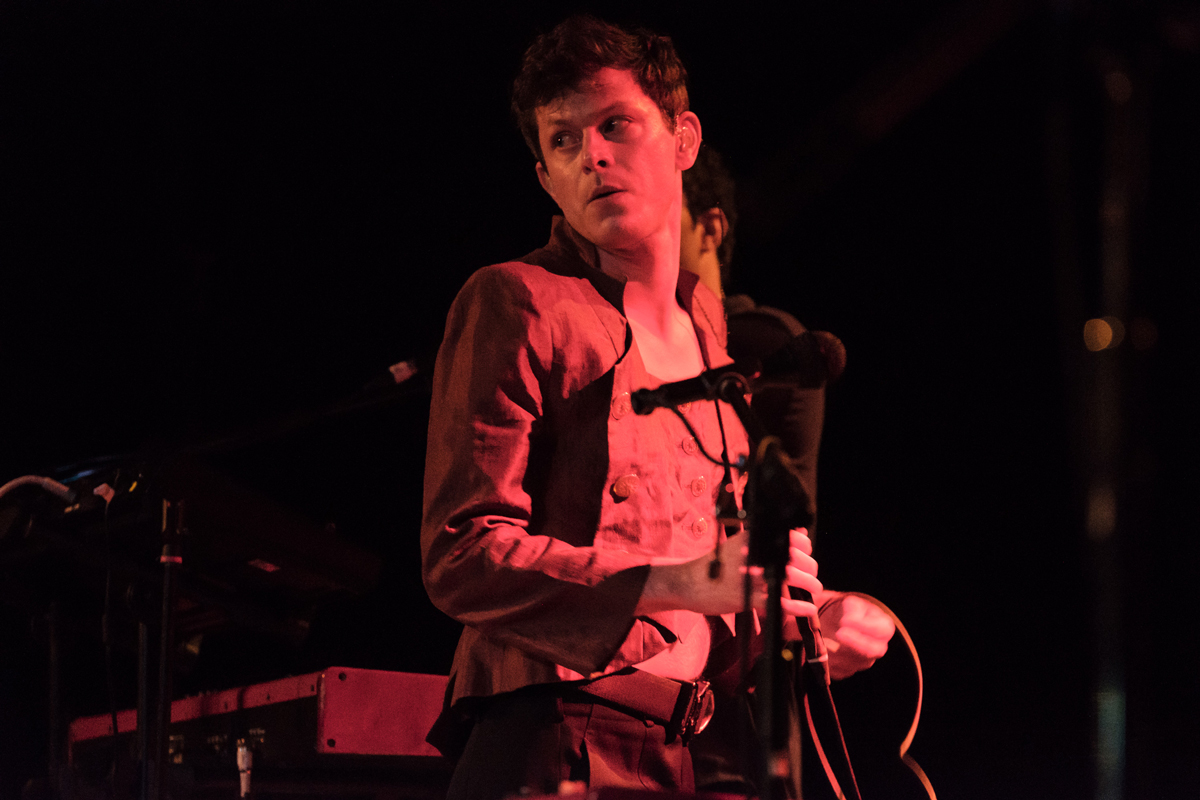 And now this shamanic queen tours the globe, tonight reigning from high on a throne of sound, sliding along and around it to lock into slow twists and squats and baboonish presentations of arse as a crowd thick with devotees sways mesmerised.

“One should either be a work of art, or wear a work of art,” writes Oscar Wilde, and Hadreas, dressed as he is in oversized pantaloons and an undersized waistcoat, manages both. At least he does for those stretches of the show in which he keeps open that door – that sonic portal – to the remote and strange.

When he does, through shrill Dionysian stomps like ‘Grid’ (“A diamond/Swallowed and shit/And swallowed again”), I am travelling, too: clear-fired through the mess of our shitty limits to the redemptive mess thereafter where our obliteration shimmers in the gloom.

Hadreas has said that some listeners mistakenly assume the screeching in the recorded version of ‘Grid’ is not him but instead the voice of fellow shamanic Greek-American, Diamanda Galas, a matter he’d like to set straight as he’s proud of his own vocal mania.

His powers, welcome as they are, are low hills compared to the unsurvivable peaks Galas carves from the air in such works as “Defixiones: Will and Testament”. When Galas unleashed that sublime monstrosity at the Sydney Opera House in 2005 a woman to my rear fled in distress while another to the right wept inconsolably.

The differences are many, but at their heart is commitment. Galas, who also emerged from a chaos of drugs and estrangement, doesn’t just wield a sword; she becomes a sword: razor-edged and berserk. Hadreas, meanwhile, flitters between states. He draws us towards other realms in such slamming declarations of power as ‘Queen’ (“No family is safe when I sashay”), percussive zapfests like ‘Longpig’, and 1950s meets 1980s laments like ‘Fool’ (“I’m bleeding out”).

But his distracting tastes for run of the mill, generically sensitive piano ballads like ‘Alan’ and bloodlessly elaborate productions as ‘Slip Away’ plonk us back in the land of this-is-just-a-show. There’s no threat, no fear, no orgasm to that music – no death.

Shamanism is described by the eminent Romanian religious scholar, Mircea Eliade, as “archaic techniques of ecstasy”, techniques which can include music and dance but only when the fear and the awe are faced and ridden – committed to – instead of toyed with. It is for good reason that Galas splits her career into twin-tracks of concerts: the brutally ecstatic song cycles have their own nights, utterly separate from her more conventional outings as saloon-piano demoness.

Here in Marrickville, however, Hadreas is divided within the one show, and thus so am I.

The situation is not helped by the Factory Theatre’s muddy sound quality (the band and crowd alike seriously deserve better), but it is aided by Hadreas’ charisma.

If only he can divest himself of what he likes, what he finds comfortable, to deliver himself completely to the gods’ dangerous call. Then, if Hadreas survives, we might truly stand blinded in the rays of the sun queen. 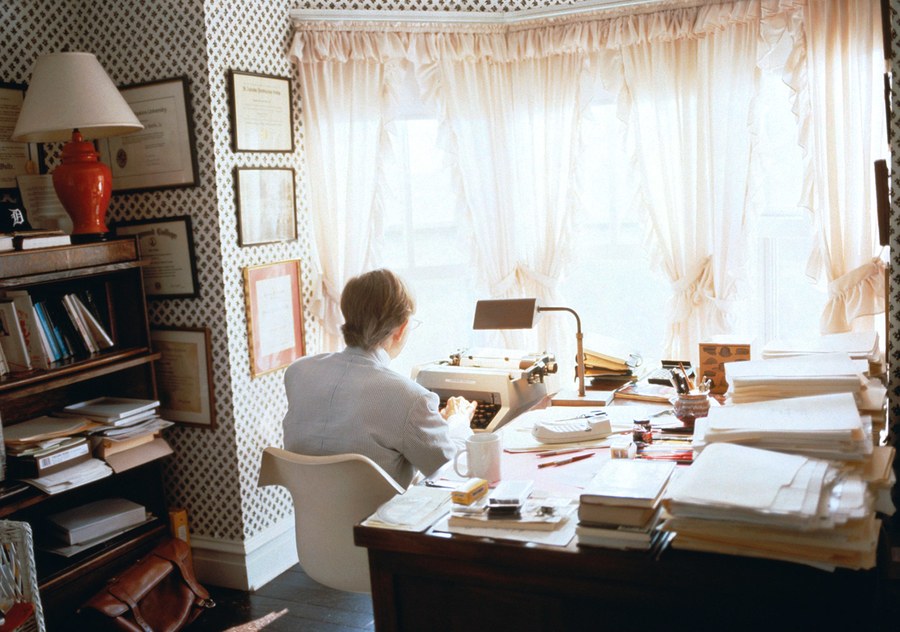 Wipe My Mind With Your Heavenly Powers or Take Me to Edge City, You Fraudulent Corpse-Dandy A plea to the late, sometimes great Tom Wolfe
by Matthew Thompson
Full Article
Culture
21st Biennale 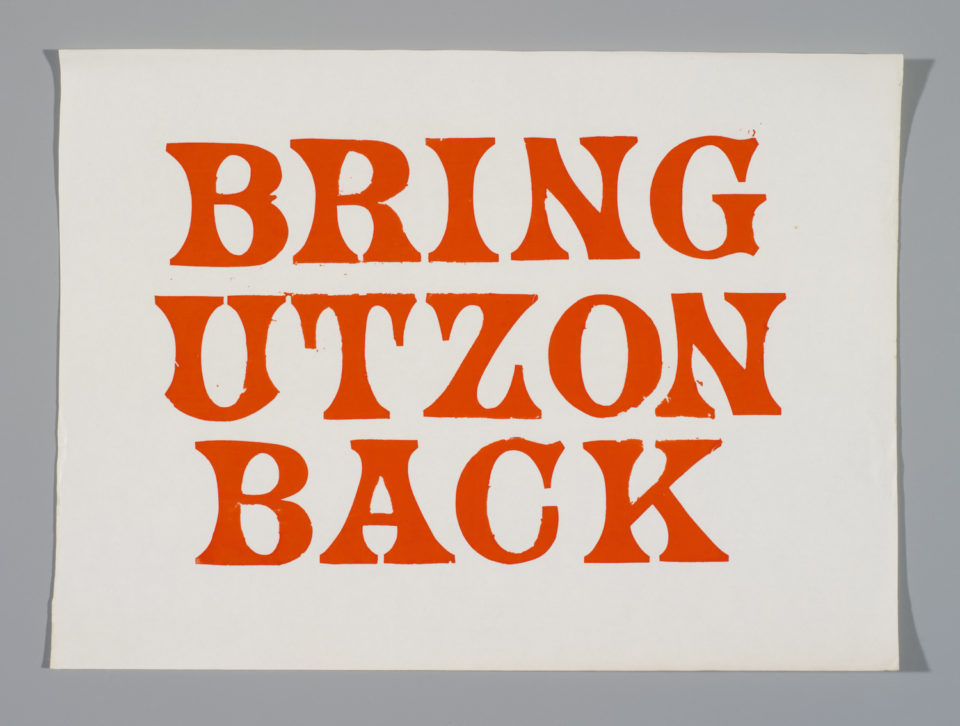 Solid Air Rayyane Tabet and the secret history of the Opera House
by Mark Mordue
It’s hard to know what to call Tabet’s work: a performance monologue, an installation of found objects, an historical detective story, a love letter, a séance?
Full Article
Culture 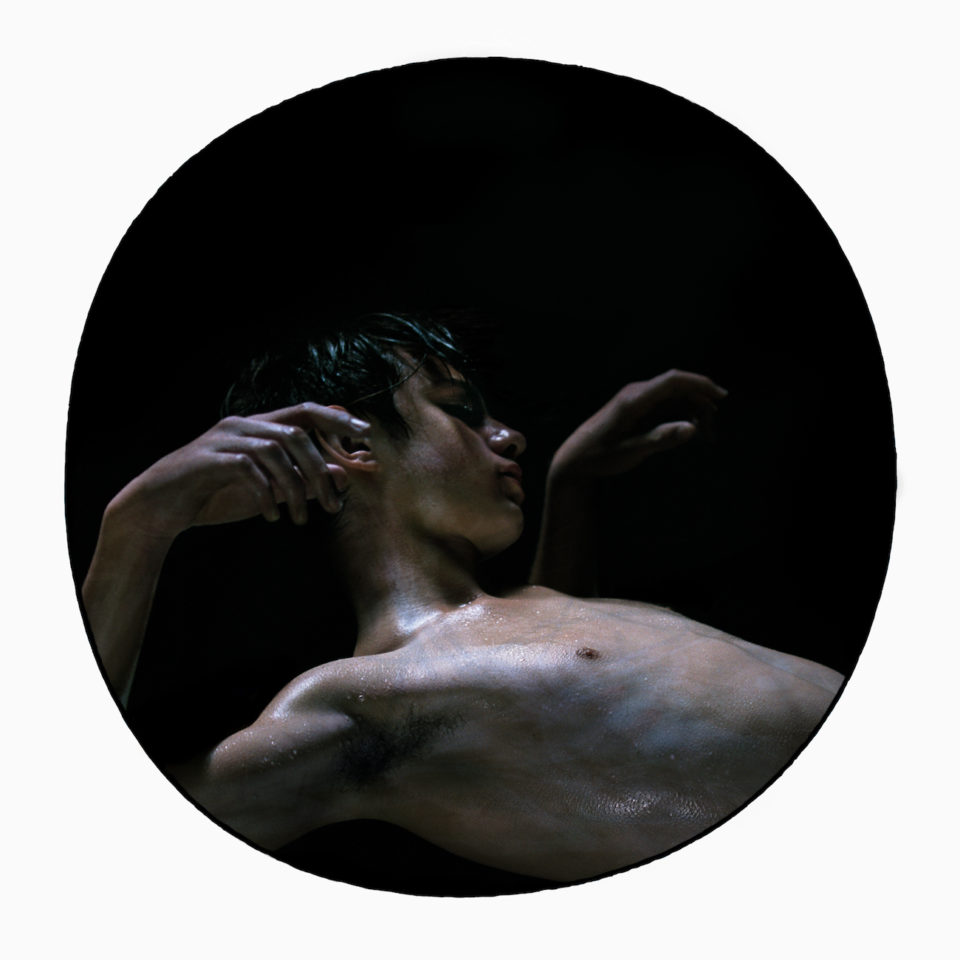 Stuck in a Moment You Can’t Get Out Of Bill Henson’s photography is losing its way
by Kirsten Krauth
Henson likes to quote others in the genius mode and settles on Einstein’s idea that “the most beautiful thing we can experience is the mysterious”. But now, with these latest images, there is no mysterious threshold.
Full Article
X