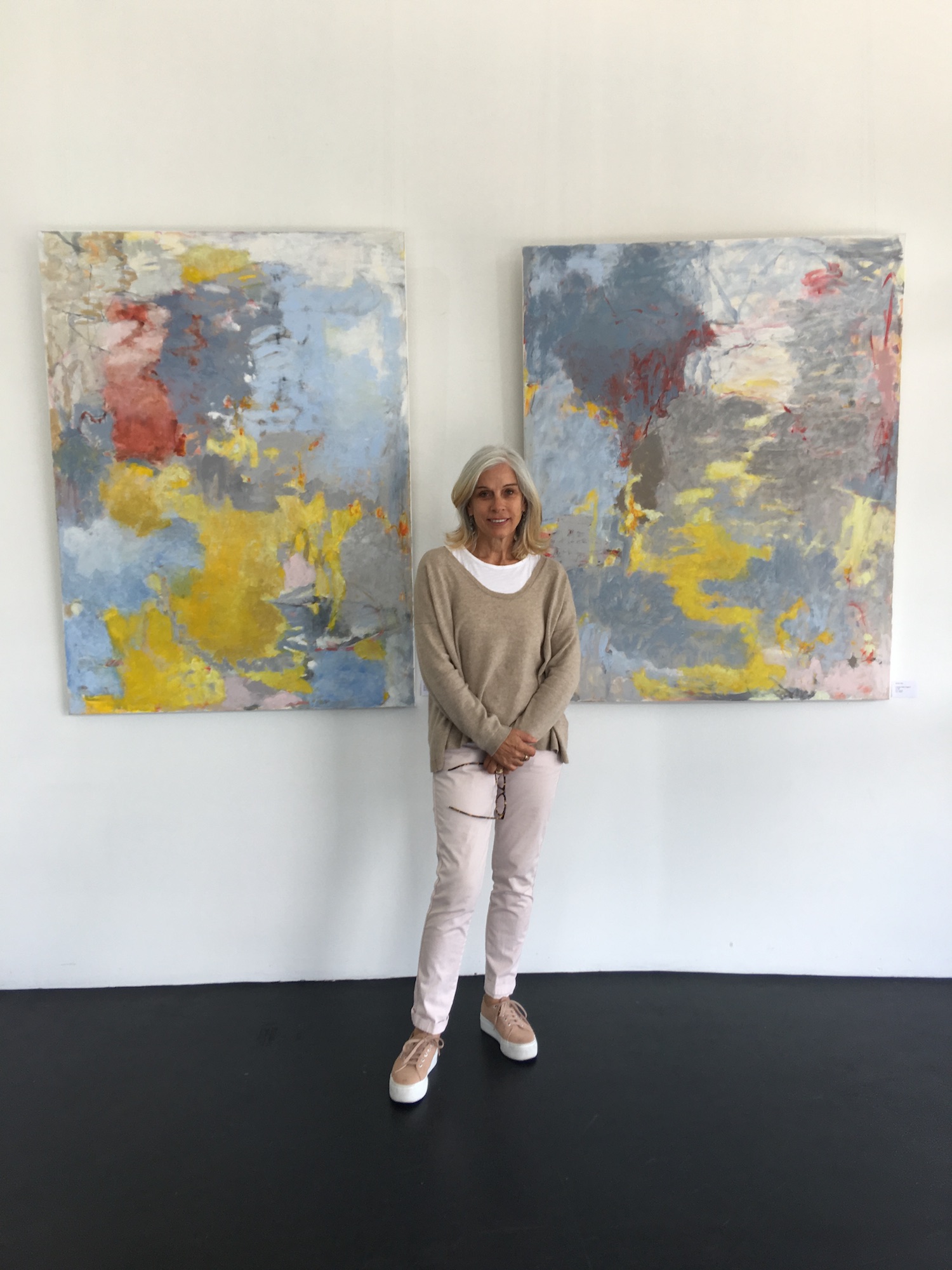 Janice Liley has lived in Australia since 2005 and still has a sense of being an outsider in this landscape.
Text: Adam Gibson Facebook Twitter Email

Looking at Janice Liley’s tanned face, her white hair pulled back messily, I’m struck by a strong coherence between artist and artistic output.

There’s an underlying sense of restraint to both Liley and her paintings. And yet also, just slightly further back, a concurrent and perhaps judiciously contained sense of unruliness. It’s as if the landscapes which she walks and paints contain a residue of wildness that may also reside somewhere behind her measured, calm exterior.

“My work is not pre-prescribed… I just start with a mark,” she says, seated in the Double Bay gallery Art2Muse where her current exhibition, Coastal Walks, is showing.

“Sometimes it gets a hold of me and takes me in different directions but whilst I’m laying down the marks by intuition, I have a little voice on my shoulder going ‘Hang on a minute, there’s some blue there, I need to balance that with some warmth.’ So it’s not all just intuitive mark making, there’s a lot of thought that goes on at the same time as well.”

It’s this delicate balance between the impulse for unbridled expression and a desire for more formal resolution that, Liley says, drives her work.

Drawing her inspiration from both the Australian and international landscapes through which she regularly walks and hikes, Liley seeks a physical and emotional immersion in landscape that she later allows to find form in painting.

“I’m very much connected with the landscape [but] it’s not so much to paint what I see,” she says, suggesting memory plays a part as well.

“I look at light, how it falls on objects and falls on the ground, the patterns, the textures and the colours and I take that back to the studio. How I felt when I was amongst a particular landscape is very important for me and I try to portray that connectedness, that beauty. We are so connected to the land, there is such an energy there, and I try to capture that.”

Whilst Sydney’s councils and tourist guides lovingly praise our local coastal walks, Liley’s Coastal Walks exhibition is more informed by her original home turf in the Lake District of the north-west of England, East Anglia and Scotland. One piece, however, speaks very directly to Sydney, of her current home suburb of Paddington. It also suggests the possibilities of newer work to come.

“There is such beautiful light that I love here on the coast, that really strong contrast, the sea, the rocks… but they were doing those big burn-offs this winter and one morning I woke up and all of a sudden this image just appeared,” she says.

‘Smokey Monday in Paddo’ has a menace that the Australian bush occasionally pushes to the coast: a raw land that sits out there every day behind our manicured urban lives. 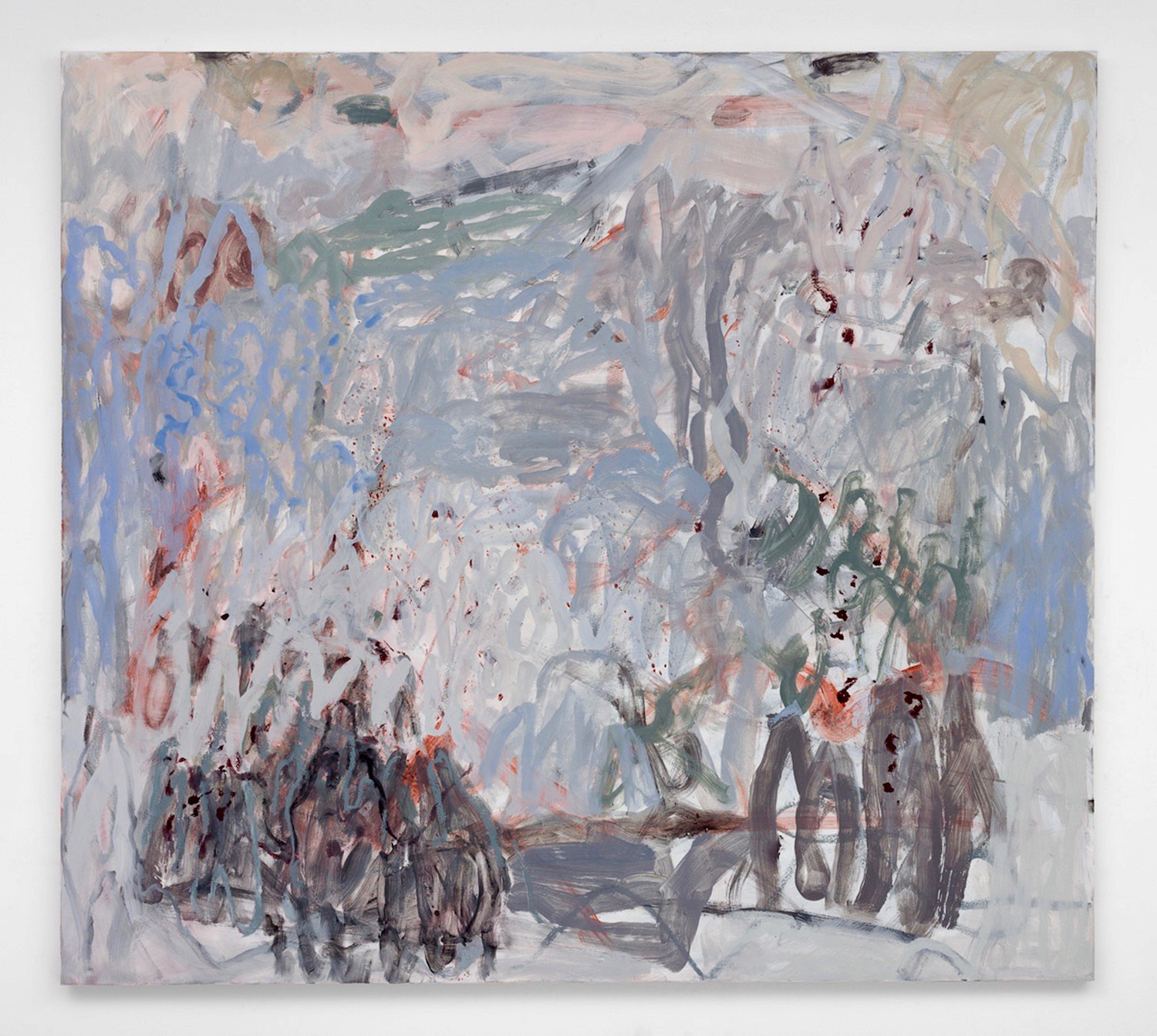 Liley tells me she’s lived in Australia since 2005 and still has a sense of being an outsider in this landscape. ‘Smokey Monday in Paddo’ does sit apart from the rest of the exhibition, she admits. And while not directly apparent to her in the act of painting it, the end result is a work imbued with a distinctly different sensibility.

“[Maybe that’s a direction] of a new Sydney series, but it wasn’t apparent to me at the time of painting,” she says. “It’s a lot darker, but that just came out. I think Sydney is great – but it is quite harsh and I think we could all be a bit nicer to each other.”

This feeling comes out in the work of its own accord. “The paintings are in control and you have to listen to that,” Liley says. “If you keep asking the questions, the paintings will tell you what they are about and when they’re finished. If you try to control the painting all the time it becomes a mere illustration.

It’s this sense of trying to control something she believes is best left mostly uncontrolled that extends to how the work is eventually completed.

It’s the paintings that ‘let her go’, rather than the other way around.

“There’s a sense of relief when the painting lets me go and I feel I have captured that landscape,” she says. “A sense of wellbeing comes after a little bit of time… when a painting has answered all those formal questions you keep asking it, it sort of gives in, it sort of gives up, and I know it’s done and I am happy.”

Even so, Liley has an opposing reaction too: “You want to push your work all the time and if it is too easy, you want to do something that sends a spanner in the works, because that’s something that makes the work mysterious and edgy, when you see that little bit of a struggle.”

Into the Wild Artistic Director Eamon Flack’s vision for Belvoir
by Mark Mordue
Australia is such a knotty, pent-up, uptight society. Any way we have to release those things we should go for.
Full Article
X