Bilson at Table The Death of Paul Bocuse 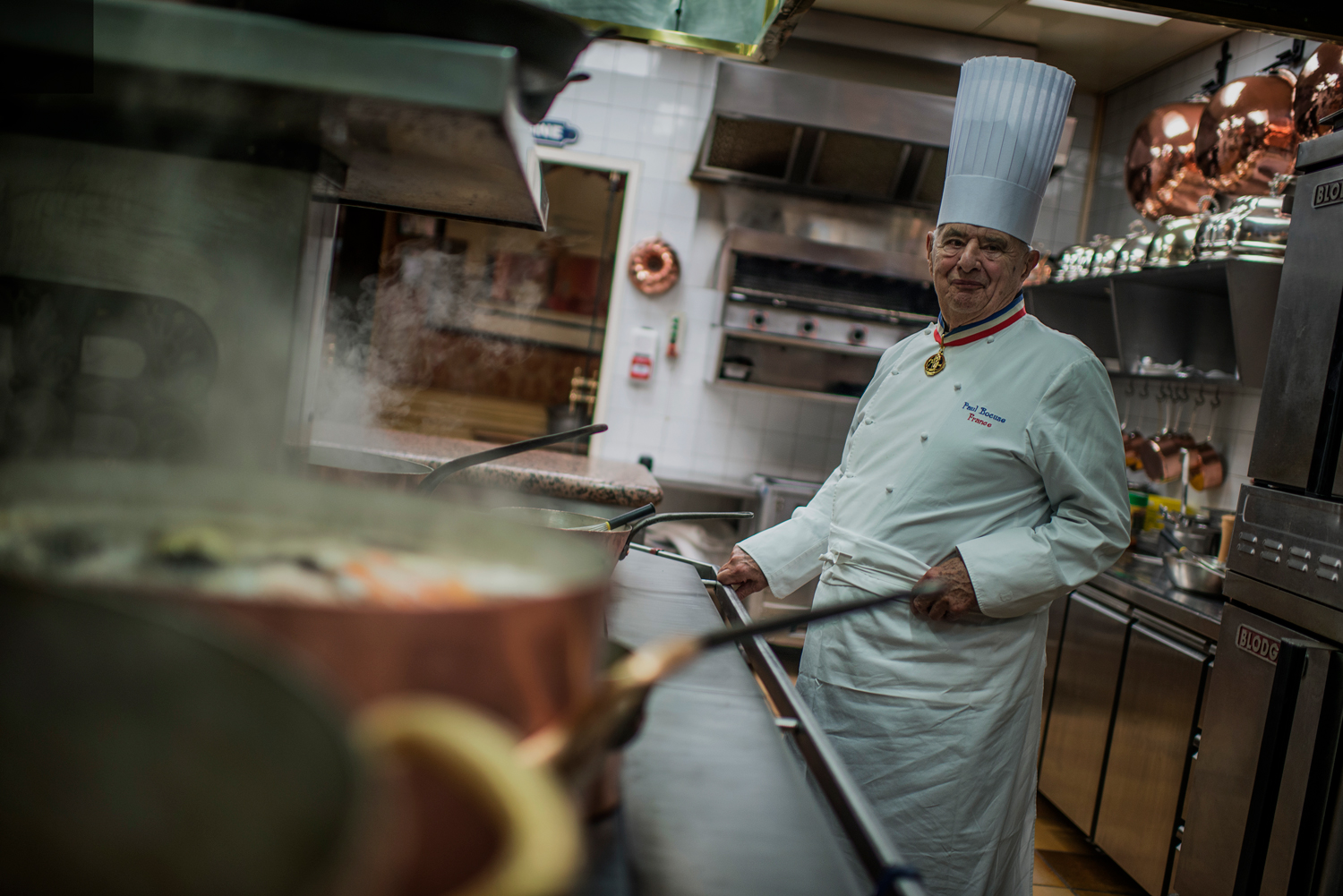 I was introduced to Chef Paul Bocuse during a trip to France in the early 1970s by Mme Mado Point, and then again in 1990 when he had dinner, with various bon vivants, at my restaurant Bilson’s at Circular Quay. Wine scribe Philip White had chosen a collection of great wines and my wife Amanda a sexy leather dress. M. Bocuse was impressed by both.

It was of course a great privilege for all of us to host the chef that held such a pivotal role in world gastronomy. During the dinner of Roasted Pheasant ‘En Salmis’ he visited the kitchen, a state of the art design, and checked out the produce in the cool room. He was astonished to find upward of thirty pheasant hanging, unplucked. Those pheasant became a symbol of our shared philosophy, a shared methodology made memorable by being totally unexpected in an Australian kitchen.

The death of Paul Bocuse (1 February 1926 – 20 January 2018) represents a generational, even an historic moment. His cooking celebrated regional produce and adapted classic Lyonnaise Cuisine into a contemporary expression that was simple in its presentation and complex on the palate. Once a dish was perfected it remained unchanged on his menu – causing him once to remark, “If a dish was worthy of three [Michelin] stars in 1963 it should be worthy of the same accolade in 1993.”

Between the 1930s and 1970 Guide Michelin was the unchallenged judge of restaurants of the world. It was completely independent and ruthlessly governed to ensure its judgments were unchallenged and its parameters clear to all. Michelin‘s judges were regularly examined to ensure adherence to these rules. The sight of a gentleman (judges were all male) with a notebook in the dining room was enough to send warnings to the chef that Michelinm was there. Of course it was also a way for the cognoscenti to ensure a great meal and service when dining alone.

It was during this time that the governance of restaurants moved from the financiers and the front-of-house to the kitchens of France. This change was represented perhaps by the arrival of the restaurant La Pyramide on the three-star scene in the early 1930s. Fernand Point and his wife Mado took French cuisine to a new level.

His predecessors Antonin Carème in the late 1800s and Auguste Escoffier in the early 1900s had laid the foundations for his progression. As Joseph Wechsberg writes, “Carème had overwhelmed his guests with an incredible embarass de richessesx, Escoffier orchestrated his meals like a symphony, Fernand Point took cuisine along the road of refined simplicity, realising that Grand Cuisine should appeal to all the senses. The presentation of a dish was not a theatrical effect but a calculated effort to make you enjoy the food even before you tasted it.”

From the kitchens of Point came a new generation of chefs to be known as the Petits Points. Bocuse, Alain Chapel, Georges Blanc, Louis Outhier and Pierre Troisgros. While all of these chefs went on to be awarded three stars by Michelin, Bocuse was regarded as the senior chef of the group. In fact, it was remarkable that within what was essentially a small area of France each of these chefs’ cuisines managed to entrap the essential identities of their regions in a poetry of gastronomy.

During the 1970s Bocuse led the other chefs into international promotions and branding and it was during this time that he visited Australia and established a restaurant in Melbourne. Restaurant Bocuse in Melbourne was very badly sited in a retail development. One had to walk by shops with mediocre brands, boring displays and an ill-defined entrance in order to enjoy great cooking overseen by Chef Philippe Mouchel. The restaurant closed without much fanfare after a few years and Philippe stayed on in Australia continuing to help the development of gastronomy with his own restaurants. So many young chefs in Australia continue to benefit from this cultural transfer – one handshake, as we say, from Paul Bocuse.

One would have hoped that these visits from Bocuse and other great chefs would have led to improvements in Australia, helping our tourism and wine industries. But on the contrary, chefs were educated in TAFE not to become great sauciers but to become canon fodder for clubs and hotels. Farmers were not able to provide beef older than two years, and most butchers unable to air-age beef for extended times. The health inspectors, through their ignorance, imposed rules that guaranteed safe but mediocre produce. I think our wine and food industries were engaged in a cultural battle between American and French culture and unfortunately the Americans won.

How did this happen?

The American market was more important to our producers than Europe and many (most?) farmers and winemakers looked there for inspiration.

Thin asparagus replaced the thick, delicious asparagus of yore. White asparagus was cultivated behind black plastic curtains instead of being cut from beneath the surface of the soil. And then the food bureaucracy decided to ban the sale of unplucked game birds – M. Bocuse would never again enjoy the delight of seeing pheasant hanging in Australian cool rooms. As if to support this observation Gourmet Traveller this month features a hamburger on its cover.

The final blow was the birth of the World’s Great Restaurant competition in the 1990s. It was initiated by the Italians to counter the cultural force of the Guide Michelin. Judged by food writers of no formal gastronomic education it promoted Northern European cooking in the first instance, a gastronomy that has no use for wine flavours. This helped to switch the focus away from France and to more accessible cuisines.

Oh well! We can assume that cuisine in heaven will be improved out of sight, I bet there was a big welcome. I am only surprised he wasn’t grabbed earlier.
Vale M. Paul. 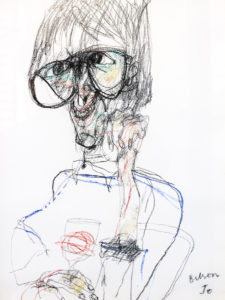 Bilson at Table – The Death of Paul Bocuse 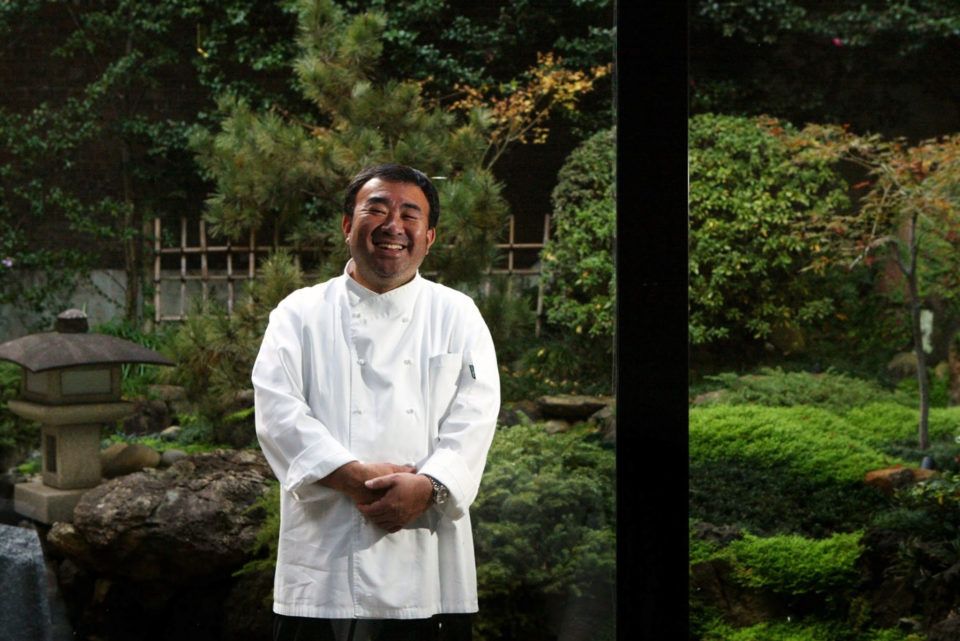 Bilson at Table Eating the Seasons
by Tony Bilson
A marriage of French and Japanese cuisines.
Full Article
Food

Bilson at Table My Favourite Duck
by Tony Bilson
"I often view with evil intent families of ducks walking towards the ponds in Centennial Park."
Full Article
Culture 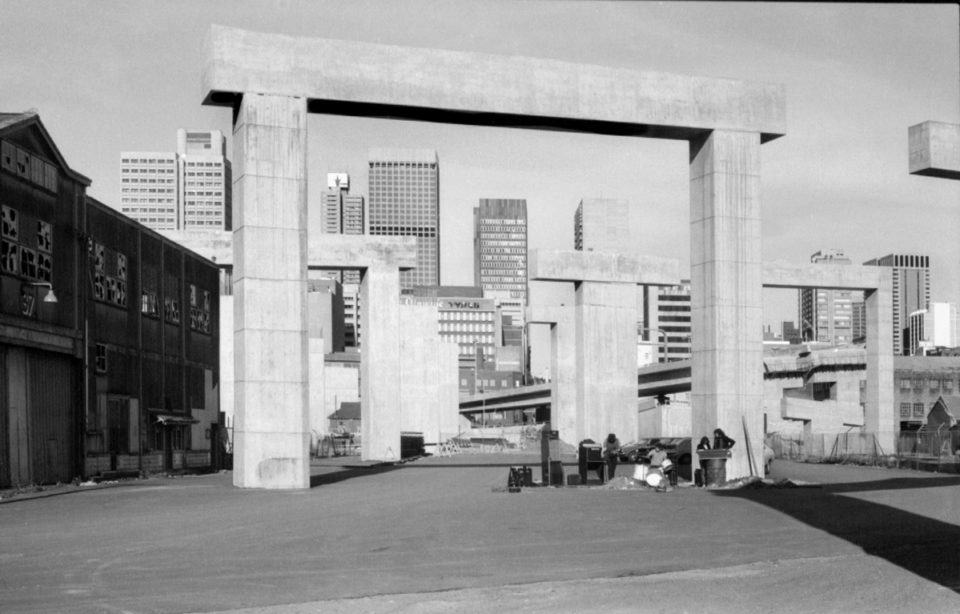