A Bird and a Tree How the ibis are conquering Sydney 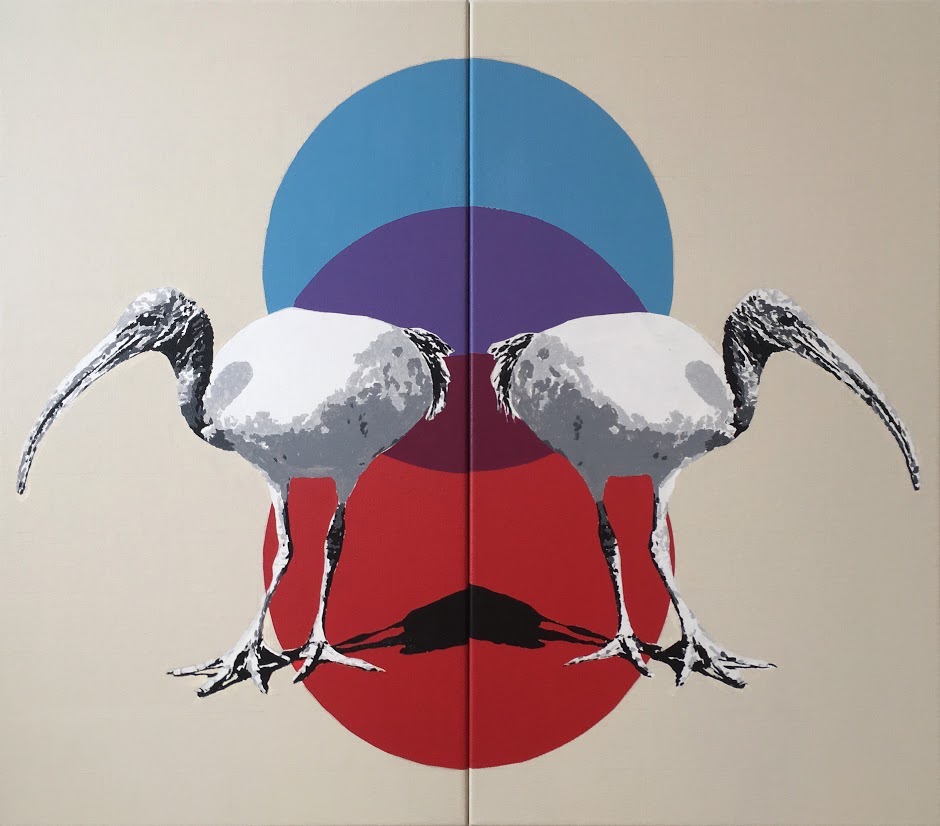 Everyone in Sydney knows that bird called the white ibis, Threskiornis molucca, whether at a distance or nearby. Some Sydneysiders have them living in their gardens. The ibis may be derided as the bin chicken, yet it has been one of the great success stories of our city: forty years ago hardly anyone here had seen an ibis.

There were ibises around Port Jackson when the First Fleet sailed in through the Heads, but the common afternoon occupation of some ‘gentlemen’ was shooting, and ibises – highly visible, shootable, edible, though not particularly delectable – were an easy target.

Despite what the Department of the Environment website may say about droughts and the Macquarie Marshes – hundreds of kilometres over the ranges – the present population of white ibis in Sydney originated at Taronga Park Zoo in the late 1970s, when an imaginative keeper decided to breed up a small flock of ibises outside the aviaries.

These birds made a strong impression on me, a keen amateur ornithologist, and I remember seeing them a few years later when they had made their way across the harbour to the Botanic Gardens. But the big breakthrough for the ibis happened in the ’80s when they moved into Centennial Park.

There they found small lakes with islands where they could breed free of harassment by cats or foxes. If you look back at the famous Australian birds books by Neville Cayley in 1931 or Graham Pizzey in 1972 you’ll see that ibises in those days nested on flattened shrubbery in swamps. In the 1980s the ibises learned to build nests in the tops of the Canary Island palm, Phoenix canariensis.

This tree was brought to Sydney as seeds or seedlings by the early fleets of the penal colony, the ships having stopped over in the Canary Islands on the voyage. When Centennial Park was laid out in the 1880s, hundreds of these palm trees – widely admired by Sydney people – were included in the design. About a hundred years later the trees in the park were ten metres tall, or more, and there were thousands more around Sydney. They turned out to be the perfect launching pad for an ibis invasion.

Those of us who take an interest in such things could see that there was something going on: these birds were on the move. In a few years they nested in more and more of the Canary Island palms, stretching out into the suburbs along the waterways.

Since then, they have learned to live in willow trees in Duck River at Clyde in the midst of a flying fox colony (free food, if you like batshit), and in peppercorn trees at Lidcombe next to a stormwater channel. They live as far west as Rooty Hill, adjacent to one of the most beautiful Australian Rules football ovals, and there are now many colonies across greater Sydney.

The white ibis has moved into, and out of, that palm tree. Perhaps they can adapt as well as we can, or perhaps better. Yet many people hate the very sight of them. That was not how people felt about them in ancient Egypt, where Thoth was one of the major deities. He was the inventor of writing, the founder of all science, religion and magic. In countless artworks Thoth is portrayed as a man with an ibis’s head. In some stories it was claimed that he created himself at the beginning of time and then laid an egg that contained the whole world. He was seen as the wisest of the wise, and was regarded as the fairest of judges, though his wrath was to be feared. The Egyptians mummified and buried thousands of ibises as a tribute to Thoth. This bird was for many years not called the white ibis but was known as the sacred ibis.

Few, if any, nowadays regard the ibis as sacred – though like all native birds they are protected by law. And in recent years scientists have tagged many birds or placed bands around their legs in order to study their movements. In October 2017 the public was invited to help with the research by recording the numbers and locations, as well as details of tags and bands – if you were brave enough to get up close. It was recommended that you approached the birds as they fed on the lawns at your local park, rather than trying to climb a palm tree, which would have been rather reckless and stupid.

A Bird and a Tree – How the ibis are conquering Sydney 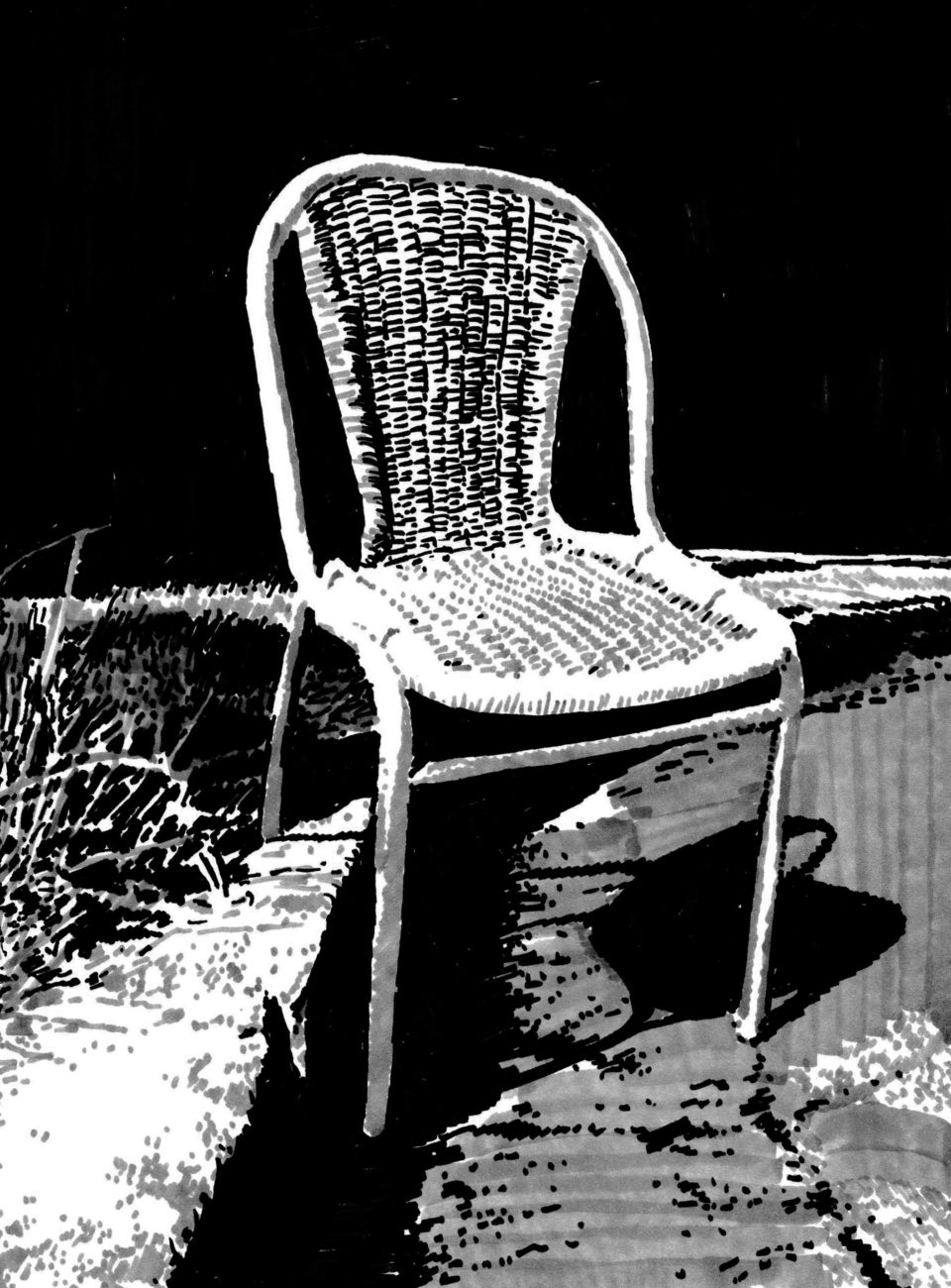 Outside My House
by Jacinta Fintan
She tells me about her best friends, they go to a different school now. Emotion creeps into my throat and I start to feel anxious.
Full Article
Issues 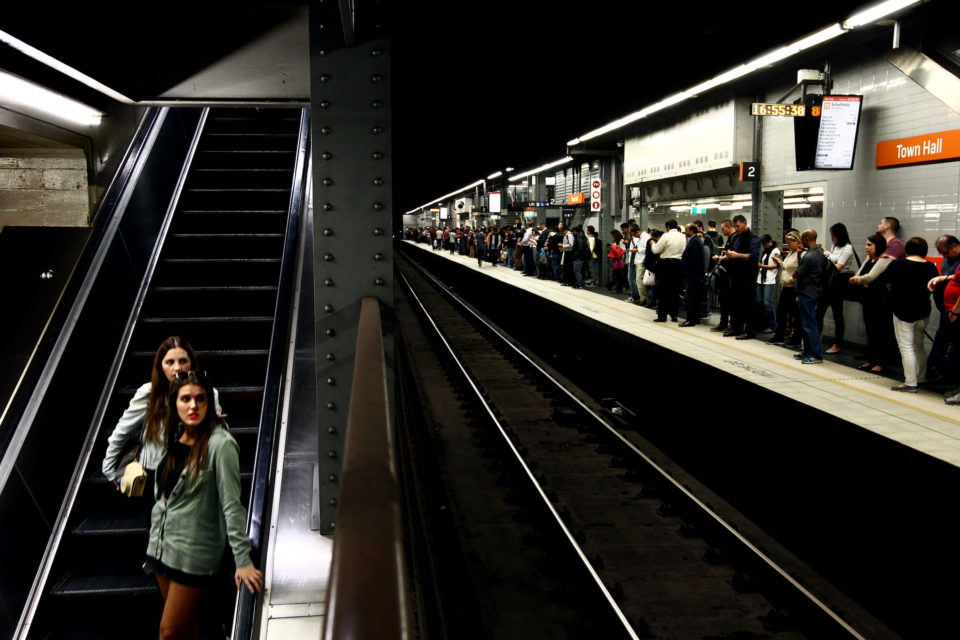 Braving Town Hall Station Frayed nerves and fire fears
by Sonya Voumard
“The odorous humidity of the place remains at the heart of a collective unease human beings seem to have when they enter this decaying six-platform netherworld that’s so central to the functioning of our city.”
Full Article
X