No One Has Ever Seen God fast fiction 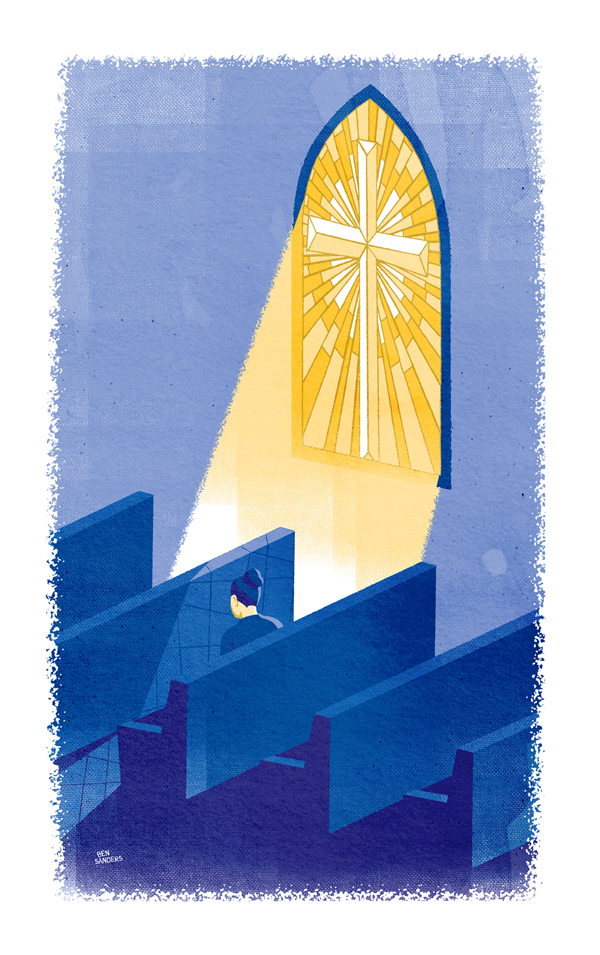 "Funny how people thought about violence as if it had something dark and dangerously glamorous about it." Illustration by Ben Sanders / The Jacky Winter Group.
Text: Margaret Barbalet Facebook Twitter Email

“No one has ever seen God; but as long as we love one another
God will live in us, and his love will be complete in us.”

The rector paused after reading the famous passage from St John.

In the pew near the back Mai thought seriously about the text as she fanned herself. It meant that you shouldn’t doubt God existed even though you couldn’t put out your hand and touch him or see him.

She knew she had never seen God but she had always felt that He had never deserted her and baby Emmanuel. God had not departed even in the worst times when Fan stayed up all night drinking Cognac and becoming more and more violent wearing out the silence with his dirty voice as the night wore on. Sometimes she would escape his tirades at her, at her nakedness, her sitting in a hard chair as he ordered while he lounged on the sofa.

In the flat if she went to the bathroom at 3 A.M. in the morning and pausing before she flushed the toilet in the lovely solitude of the small tiled room, and the familiar distant faint smell of her own piss in the water of the toilet, her nakedness seemingly worse because she could see it reflected in the mirror and the new red marks that would be bruises tomorrow, she would hear beneath her the spread-out sleepiness of Ashfield, the sound of empty roads where only papers scudded, Henry Street where there was a big family centre with a grassy garden and big trees, and down at the bottom of their street, narrow Frederick street and the nearby artery of Parramatta Road that roared nearly all day with cars and trucks beneath all other noises like a metal river, all those noisy streets reduced to dark, silence.

She would feel God out there in the dark, in the silent streets and gutters, in the drains that directed creeks straight into the harbour, in the dusty curving streets that led down to the grittiness of the railway line and the way out to the west, to Campbelltown, Parramatta and beyond, sense God in the empty blankness of shut up shops and alleys, and darkened gardens abutting alleys full of rubbish bins lined up in rows, and empty traffic lights that waited and changed, waited and changed from red to green even though there were no cars there and you could have danced alone in the middle of the road and not been run down.

God could be coming in now through the toilet window, as she pressed the button and heard the water falling down through the walls, and perhaps waking up other people except that they were probably already awake because of his drinking and shouting. God could be coming now ready to surround her with his love, as she stood for a minute longer, only the sound of her own breathing to keep her company. Perhaps God could make Fan fall asleep there on the kitchen floor. But no, now she heard all over again his crashing about out there as he lurched to the sink beneath which he kept the bottles. God probably slept in the church or above the cemetery up the road where the palm leaves might clash above the old, old graves.

It was hot – yet the church still felt damp and cool and dark. She looked upwards at the dim-coloured glass of the window above her head where a soldier stood in brown colours. This was not the first time she and Emm had left home to go to church like a family. She felt safe here in this dark damp old church. Fan with all his violence would never think of looking here for them. Funny how people thought about violence as if it had something dark and dangerously glamorous about it. In real life it never had anything about it that was other than ghastly, the way smells in a toilet, or spit at the side of someone’s mouth was ghastly. Once she had seen an old man, a tramp on the train eating ravenously out of a paper bag. When he stood up to get off she had at first thought it was just a shadow on his trousers, all down his legs, a dark shadow on the inside of each leg. Then she had realized that he had wet himself and was so busy eating he hadn’t noticed. No one said anything people just looked away. That’s what violence was like.

The rector was talking about the reading and how they had to find God in the here and now.

Extract from a work in progress, a novel called The Flight into Egypt.

No One Has Ever Seen God – fast fiction 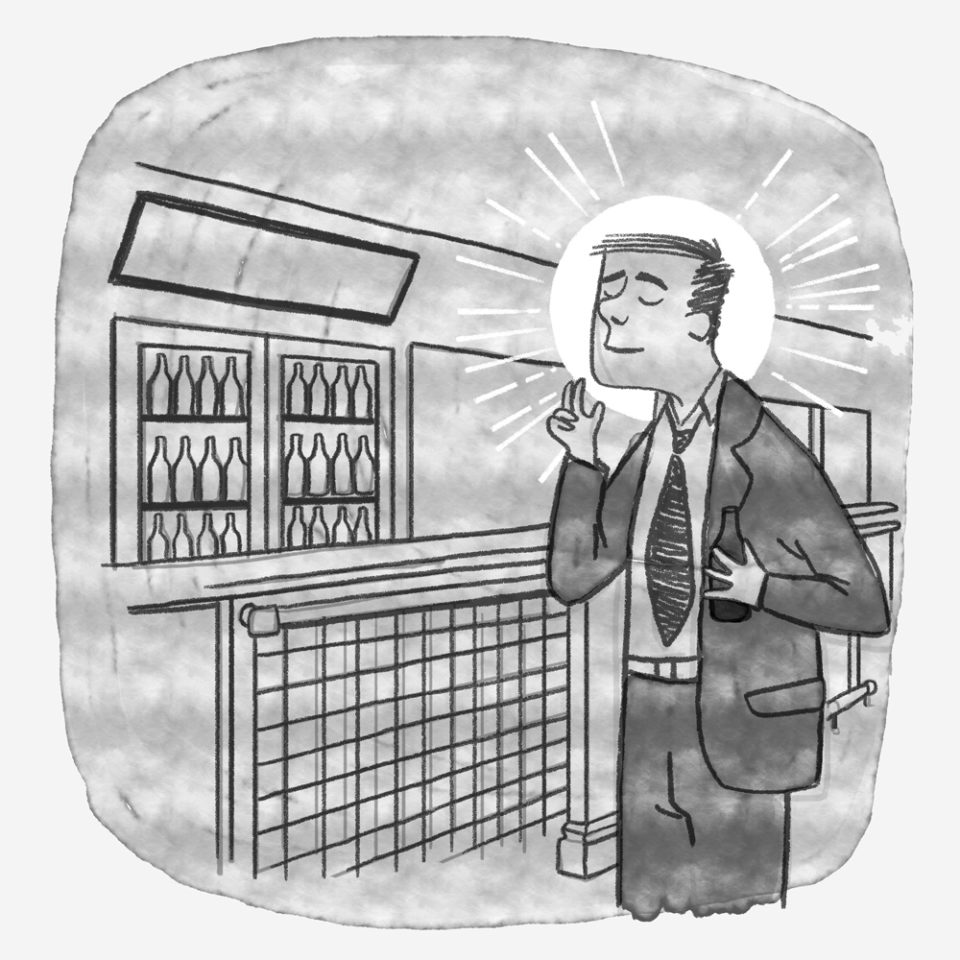 Down The Hatch Courthouse Hotel, Darlinghurst
by Kye M.R. Bleaux-Hall
A third of the joint is dedicated to TAB and sports screens and it's here that, at 11am on a Tuesday, its five patrons and I are settled.
Full Article
Culture 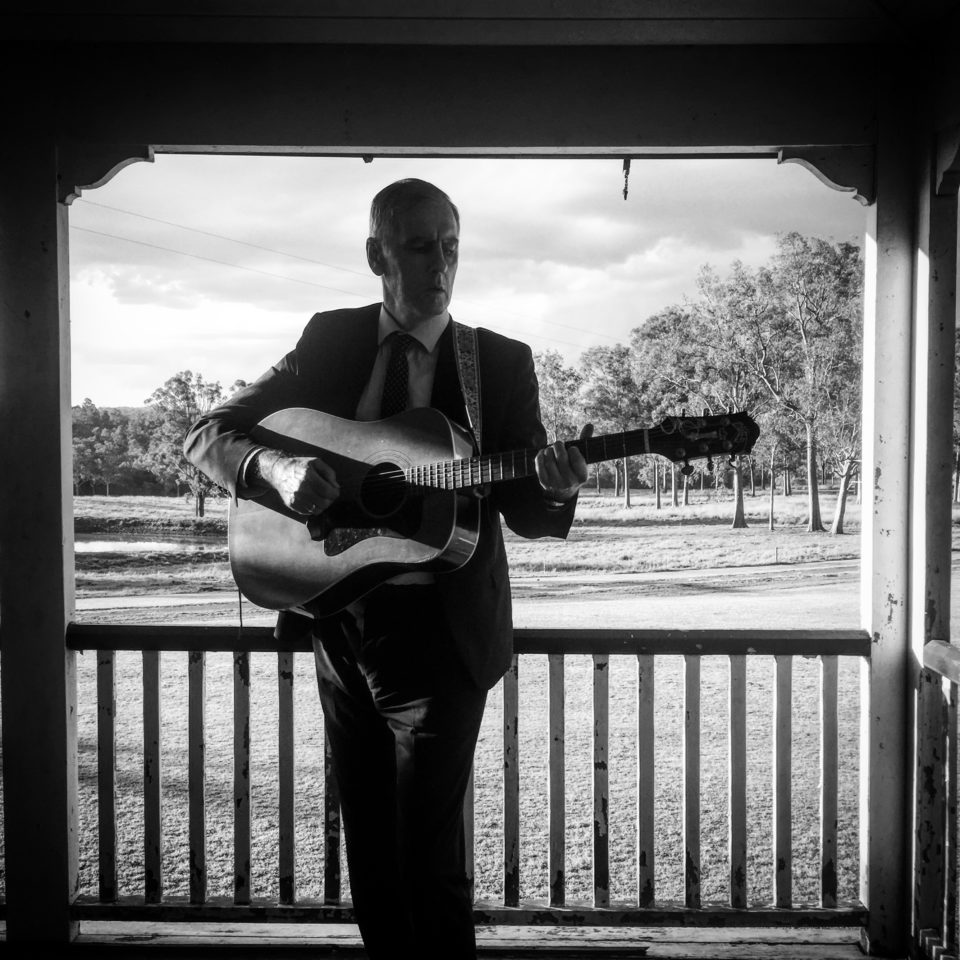 Rock ‘n’ Roll Friends Robert Forster in Summer Hill
by Mark Mordue
Backyard concerts like these come from websites like Parlour, where artists can make a deeper connection with fans – and where fans can create small community events that connect people to a beautiful moment like today.
Full Article
Footpath 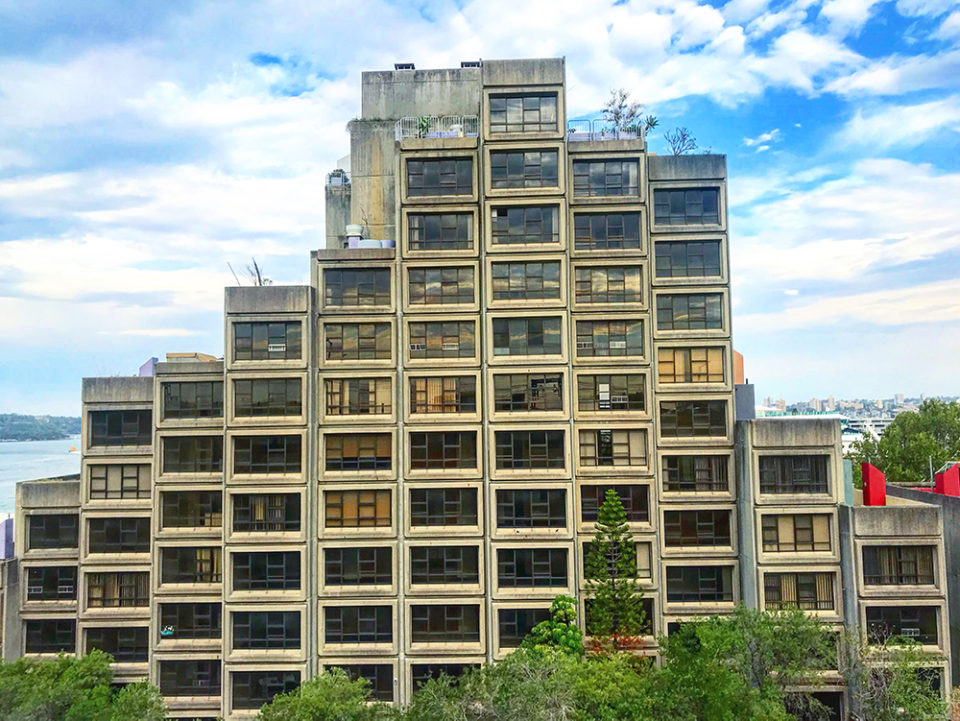